Home  »  New Issues   »   New Issues: Ends of the Earth – the Next Spider Island or Just Another Comic Book? 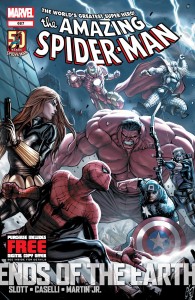 In any form of entertainment, hype is such a dangerous thing because so little in this world ever lives up to the expectations we tend to build when we’re initially excited about something. Sadly, that’s the first and most sincere reaction I can conjure up regarding the conclusion of ASM’s Ends of the Earth storyline, which kicked off a few months ago with all the promise of being Dan Slott’s next great masterwork, and instead finished off as a rather “eh” storyline that left me cold and flat.

Of course, one of the big factors that brought to me this conclusion was the fact that Ends of the Earth was no Spider Island – last summer’s mega-Spider-Man event that bucked all trends and actually delivered after being subjected to the Marvel hype machine. Is it unfair of me to compare to the storylines? Perhaps, but as I used to hear back in the days when I worked in newspapers, “you’re only as good as your last byline,” so for Slott and the rest of the Amazing Spider-Man creative crew, you’re only as good as your last mega-event.

I’m willing to hear arguments otherwise, but there was something that was just missing by the time I got to the conclusion of Ends of the Earth, including the epilogue which carried over to Avenging Spider-Man #8. Whereas Spider Island read like a Beethoven symphony, with each issue serving as an emotional crescendo before everything was tied back together pitch perfectly, Ends of the Earth felt like the latest LP from Nickleback – bland and generic alternative rock, with a few catchy tunes that generally all sound the same. 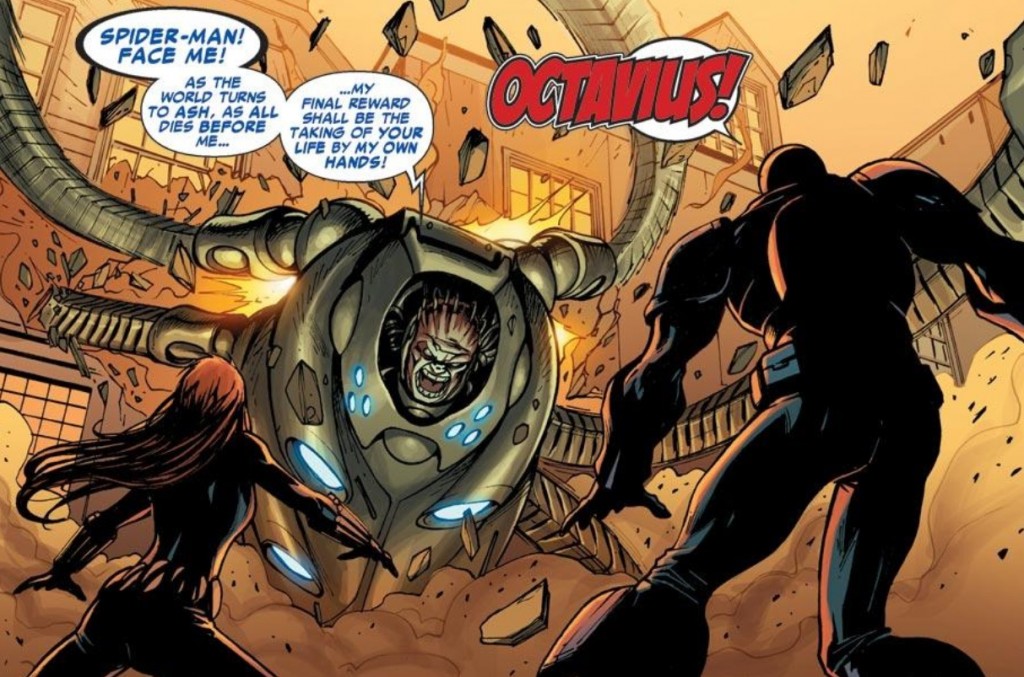 The big conclusion (*spoiler alert*) is of course the unknown fate of the Silver Sable, which ties-in to the “no one dies” mantra Slott has been pushing onto Spider-Man for more than 30 issues now, but as I’ve noted before, a major comic book fatality (or inconclusive fatality) has to feel earned, and as a reader, I just didn’t feel emotionally invested enough in Sable to really get too choked up about what happened to here. Meanwhile, Sable’s great sacrifice paled in comparison to what Kaine did at the conclusion of Spider Island, or the plot twist Slott worked in with Mary Jane during the same arc.

And the pacing of this series was all over the map, with the first two issues taking off like a shot, and the following four moving at a snail’s pace as Spider-Man, Sable and Black Widow deliberate over the location of Doctor Octopus’ satellites. Then we get to ASM #687 and after more deliberation, the big showdown with Doc Ock seems to be resolved over the course of a couple of panels and we’re done. 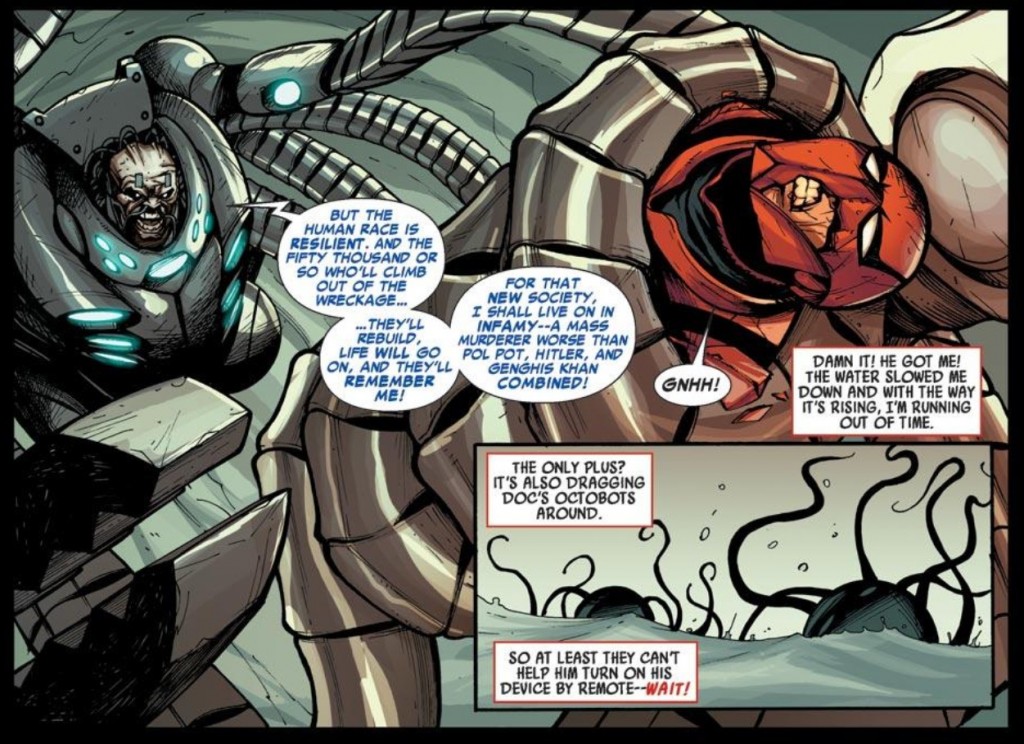 If you’re going to call something “Ends of the Earth” you have to build and nurture it as such. Even with some of the melodramatic dialogue in the beginning, and the ridiculous issue featuring Al Gore and other political leaders discussing global warming, I honestly never got the sense that the world was in any kind of danger. It just felt like generic, sledgehammer of plot style of comic book telling: this storyline is a big deal because we’ve been hyping it on Twitter and through ads in other comic books for the last three months (see also Avengers vs X-Men). 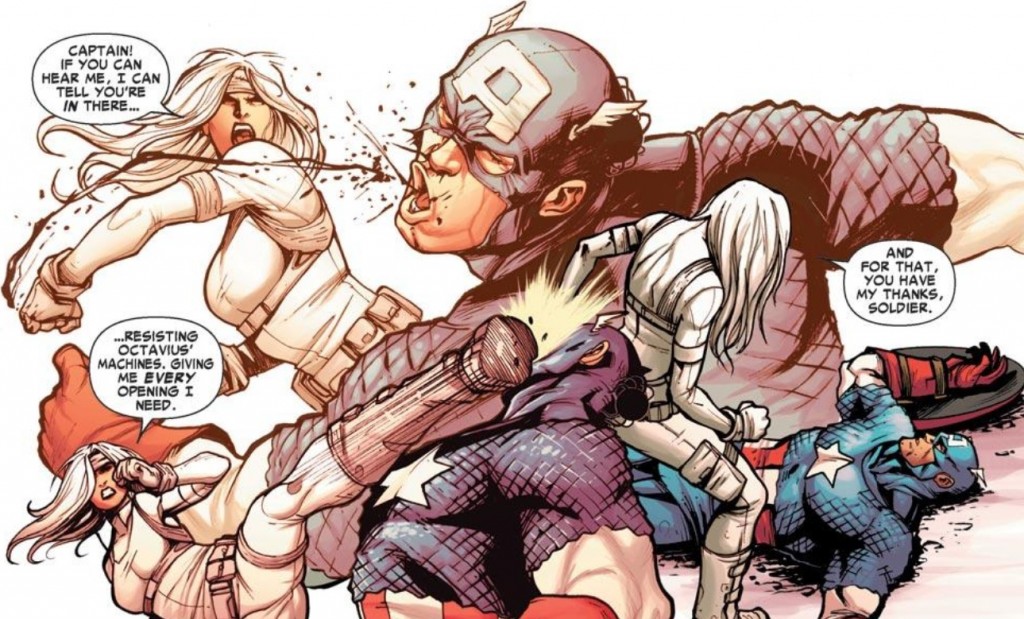 Sadly, after singing the praises of Slott pretty hardcore, a swing and miss this big now has given me pause as to what he and Marvel have up their collective sleeves as we approach ASM’s #700 issue in a few months. That’s clearly the next big benchmark in the series, and as early rumors have already promised another one of those “everything changes until we say it doesn’t anymore” kind of storylines, I’m starting to wonder if we’re going to have a “One Moment in Time” kind of arc on our hands that promises to answer all questions and resolve all issues and instead just leaves readers more infuriated than before One More Day started. 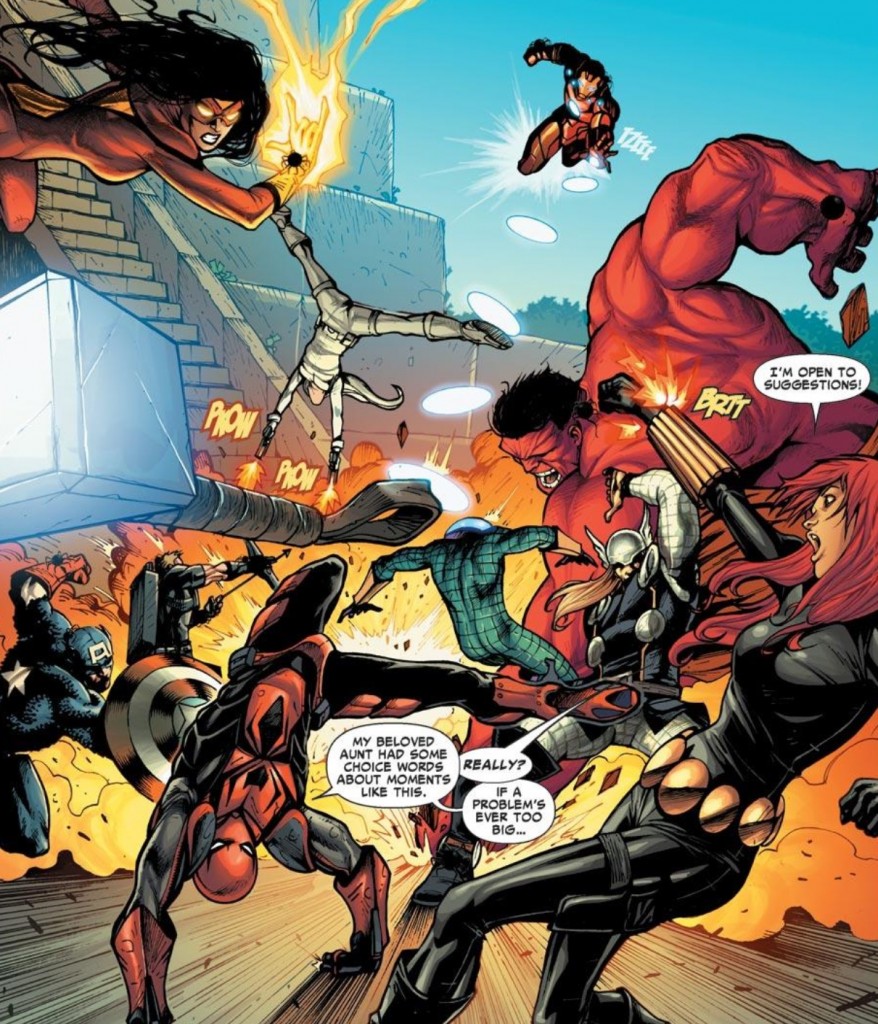 I’m sure I’m just sounding like your stereotypical comic book angry fanboy here, but as I’ve already alluded to, hype is a very dangerous thing in this industry, and if you’re going to promise something big, you better damn well deliver it and do it in a way that makes logistical sense AND is entertaining. Ends of the Earth seemed destined to be the next great arc in a 50-year history of them for Spider-Man and instead, has fallen by the wayside along with the bulk of stories from the early-to-mid-90s ear of Spider-Man comic books.