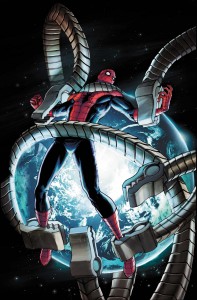 What I’ve consistently loved about Dan Slott’s work as head writer on Amazing Spider-Man is his ability to take risks while simultaneously telling a story that feels connected to the heart and soul of a superhero universe that is approaching its 50th birthday this summer.  Here, in the first installment of Ends of the Earth, Slott kicks off a story that, just through its title, implicates an apocalyptical scenario, and yet he has the stones to play off the sympathies of a near-death Doctor Octopus by suggesting, that maybe, possibly, if you listen to anyone else by Spider-Man, Ock is really looking to SAVE humanity for his final act on this planet, not destroy it.

By casting doubt on what Ock’s endgame is, Slott creates conflict over the idea of whether or not there’s real conflict. And I think that’s brilliant. Whereas last summer’s Spider Island was a true joyride from start to finish, the clear and present danger was always clear – Manhattan acquired a Spider-Man virus which turned people into giant spiders. Something needed to be done about this, and ultimately it took Spidey, Mary Jane, Venom, the Avengers, Fantastic Four, Anti-Venom, Kaine and others to band together and utilize their strengths to overcome the Spider Queen and the infestation. With Ends of the Earth, we end the first part with a new-suited Spidey walking into Avengers mansion and asking his teammates to assemble, yet prior to his arrival, the group is debating the merits of whether or not Ock and the Sinister Six are an actual threat. 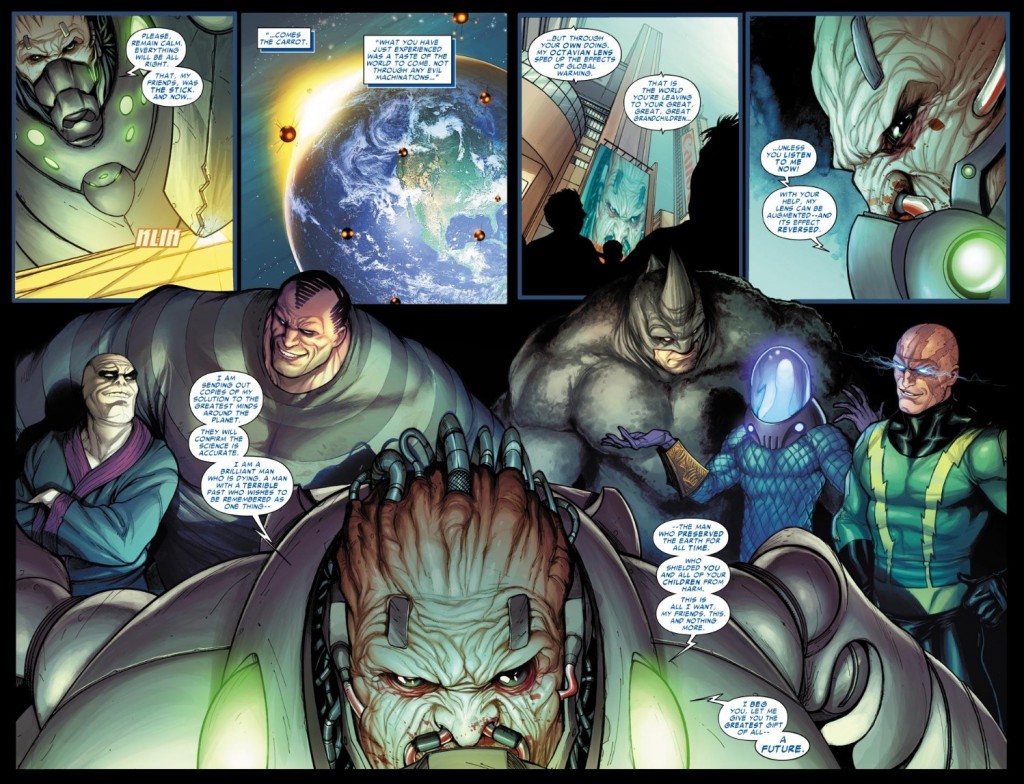 Additionally, we can’t even be so sure that Ock’s master plan as revealed in ASM #682 – to accelerate the affects of global warming on the planet OR develop the technology to save humanity from global warming – is even the legitimate master plan that the Sinister Six has been methodically developing since they reappeared in last year’s “Big Time” arc. So not only are we the readers left questioning whether or not Ock’s request to save humanity is a ruse, but we don’t even know if this ruse is a ruse disguising a plan that’s even more diabolical than accelerating the impacts of global warming on North and South America. 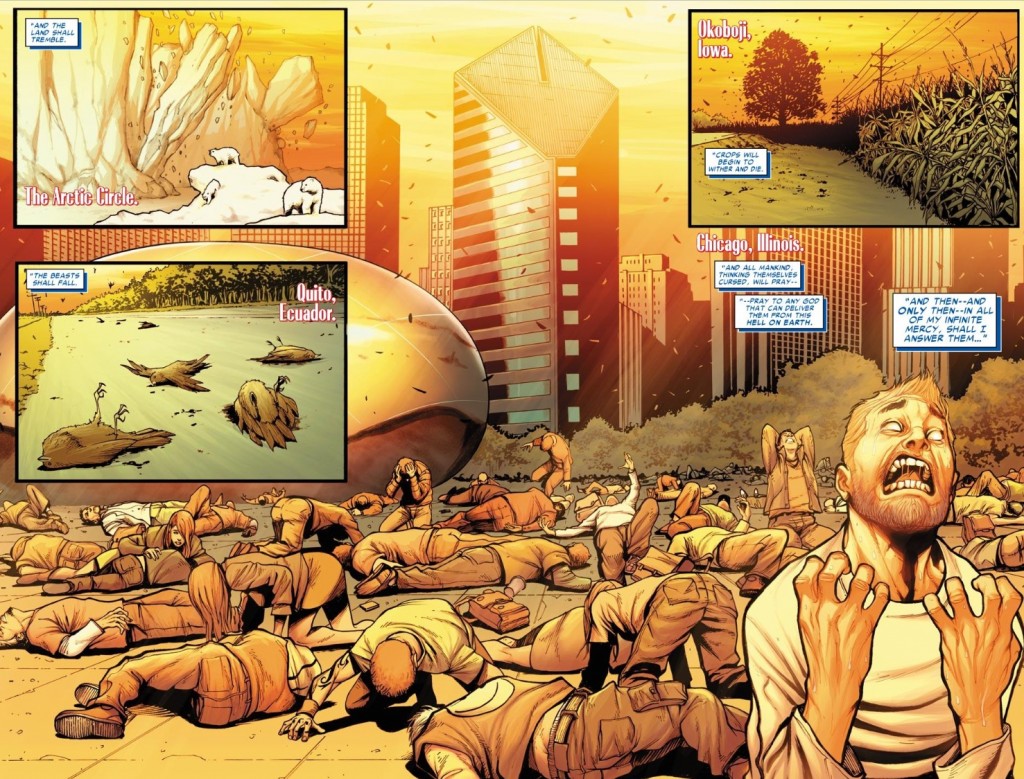 Meanwhile, Slott weaves this story of misdirection to kick off an epic storyline with some familiar themes and tropes – J. Jonah Jameson once again interfering in the life of Spider-Man, this time by threatening to shut down the current workplace of Peter Parker, Horizon Labs. Or when everyday citizens of New York question whether or not Spidey has their best interests in heart when they complain about how the last time he stopped Doctor Octopus, he ruined the one instance where the subways were running on time in NYC. These storylines feel so familiar to long-time ASM readers because the premise of New Yorkers distrusting Spider-Man, or Jameson as a raging nutcase have been done so many times over – yet Slott keeps them fresh by weaving them into different kinds of storylines. 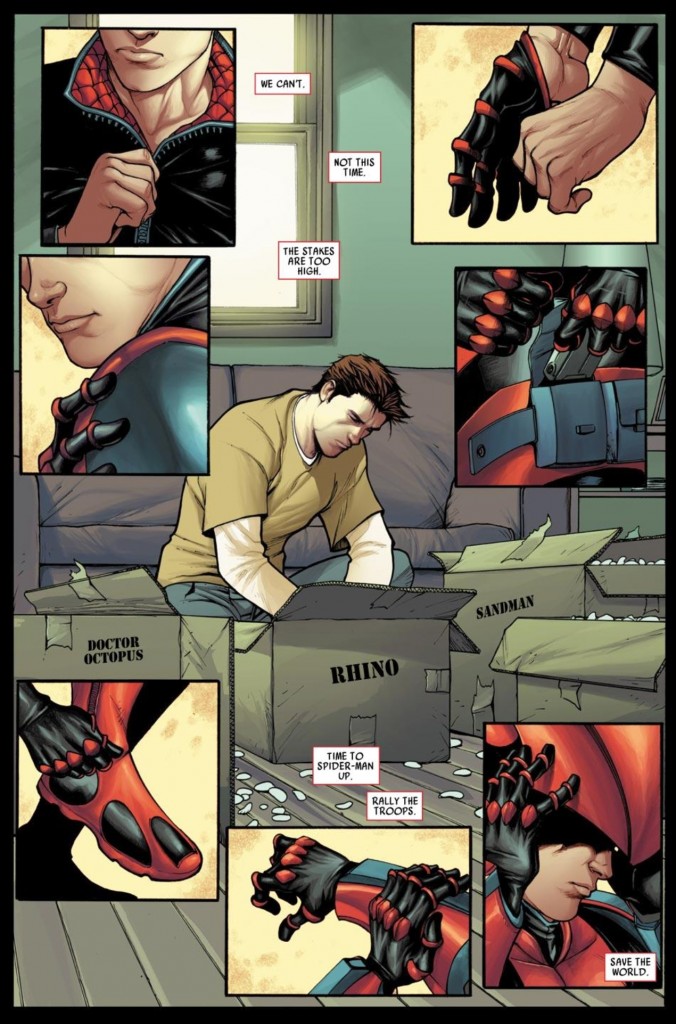 The bottom line is ASM #682 is as much as an attention-grabber you can ask for when you’re trying to introduce a brand new storyline that’s designed to carry your comic book through the next three months up until a multi-million dollar motion picture based on the character is set to debut at the box office. There’s no question that Marvel is trying to get out ahead of the Spider-Man movie by launching an arc that’s more reminiscent of a summer story a few months early but Slott, as has been the cast for more than a year now, brings the goods and has set the table for what may be the best Sinister Six storyline since the original one that debuted in Annual #1.