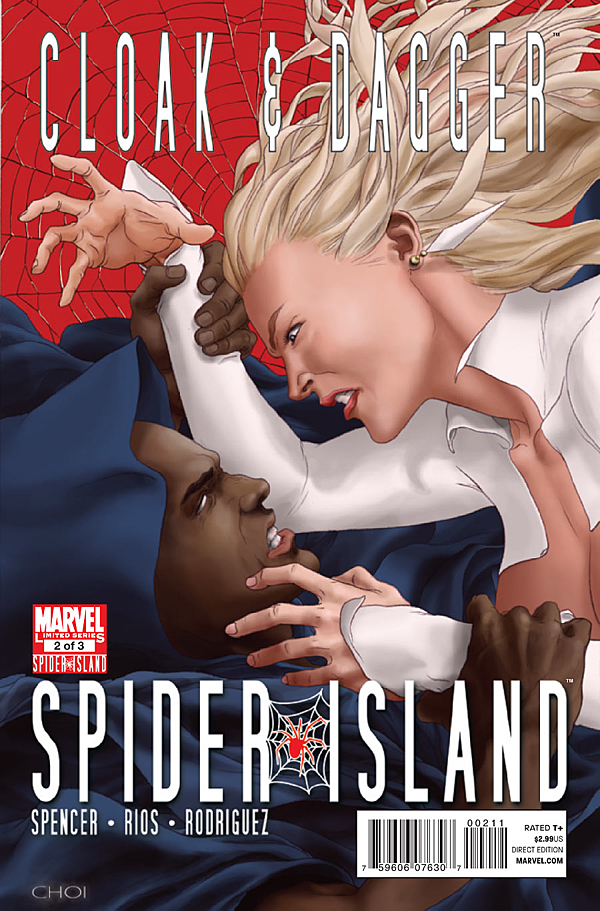 In an effort to plow through the plethora of Spider Island tie-ins and miniseries before the storyline ends, I thought I would combine my take on the second and third installments of the Cloak and Dagger series as a means to consolidate and get to the finish line a little faster. For those of you who have been playing close attention to all my Spider Island ramblings, expect this trend to continue as I wrap up the Deadly Hands of Kung Fu, Spider-Girl, and other series over the next week or two. Otherwise, it’s going to be January and I’ll still be writing about Spider Island, while the rest of the world has moved on.

As for Cloak and Dagger, clearly one of the main standouts of all of the Spider Island miniseries, when Mister Negative was initially introduced as the primary antagonist for Tandy and Tyrone, I was a little miffed. Negative is a newer supervillain in the Marvel universe, having been introduced in Amazing Spider-Man a few years ago, and while he’s an interesting play on the whole Ying/Yang nature of a villain, I felt we’ve also seen this kind of dichotomy before, and with a bit more subtlety from other characters. As a result, when he’s appeared in Amazing Spider-Man, I’ve never walked away from a Mister Negative storyline overly impressed or blown away by the characterization. 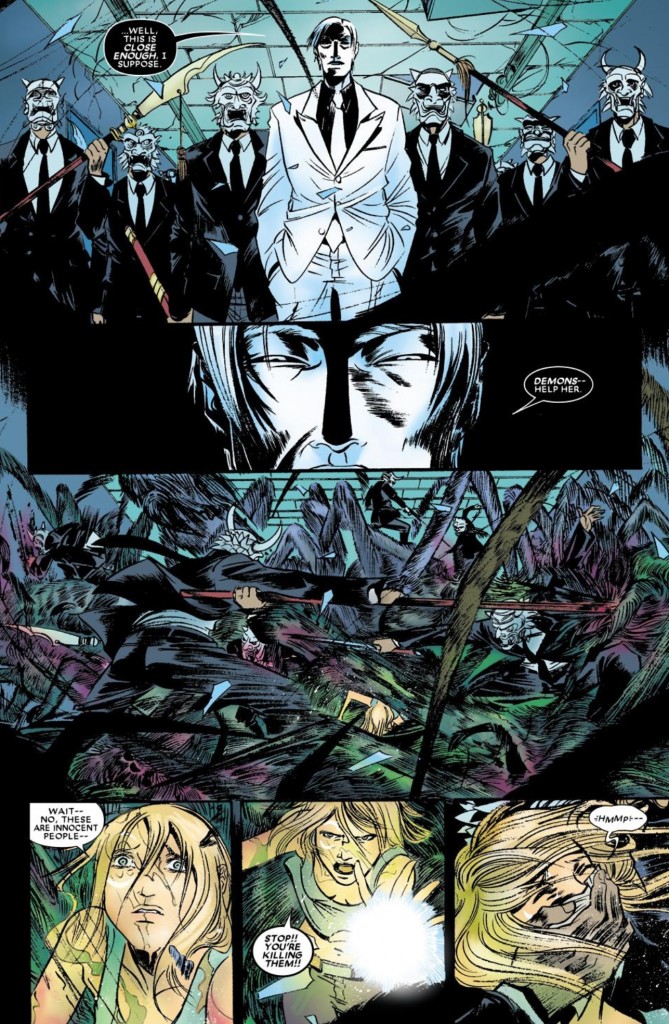 However in the context of a Cloak and Dagger series – two heroes who literally embody light and darkness – Negative is an excellent choice for the villain and if Marvel ever does follow-through with another C&D series (judging from the letters page after the third page, this seems doubtful), I would love to see the character be the primary antagonist in that comic, which in turn, would keep him from dragging down my ASM. 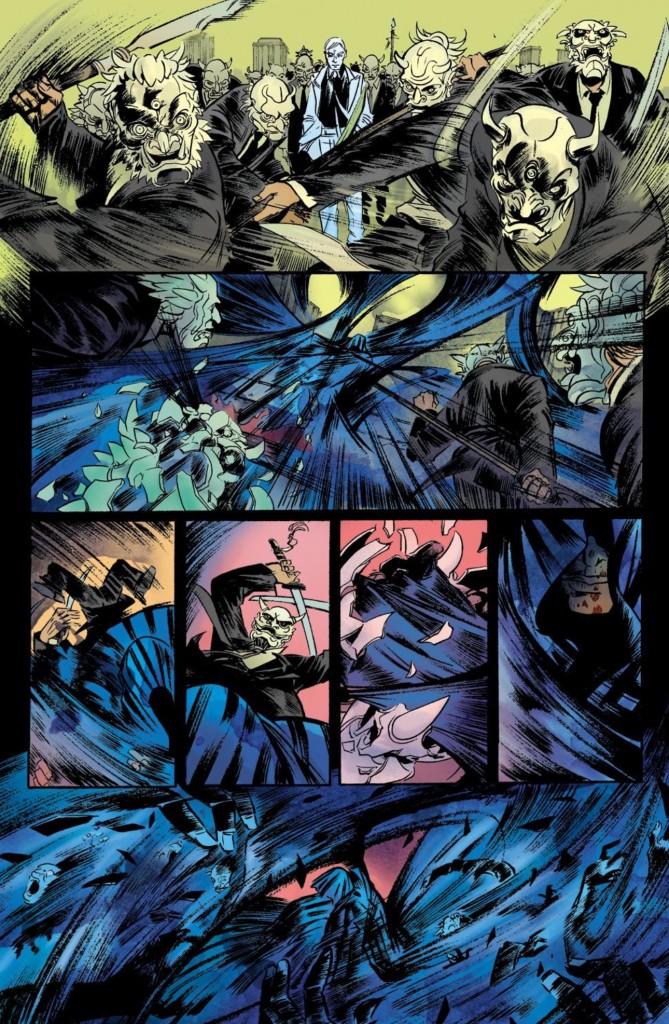 What was especially effective about how writer Nick Spencer crafted this miniseries was how he was constantly playing with the whole “light/dark” thing. In their more traditional roles, Dagger is the lightsource and Cloak is darkness, but even before Negative transforms them, readers were witnessing a very interesting role reversal. During the Spider Island virus outbreak, Cloak immediately responds to the scene, playing the role of superhero alongside the likes of the Avengers, while Dagger is trying to remove herself from the fray, looking to take college classes and maybe make a different, more “normal,” life for herself. In terms of the awkward relationship between the titular characters, Cloak is being projected as the jealous and clingy romantic, while Dagger is more of a brooding loner who’s tired of being objectified. 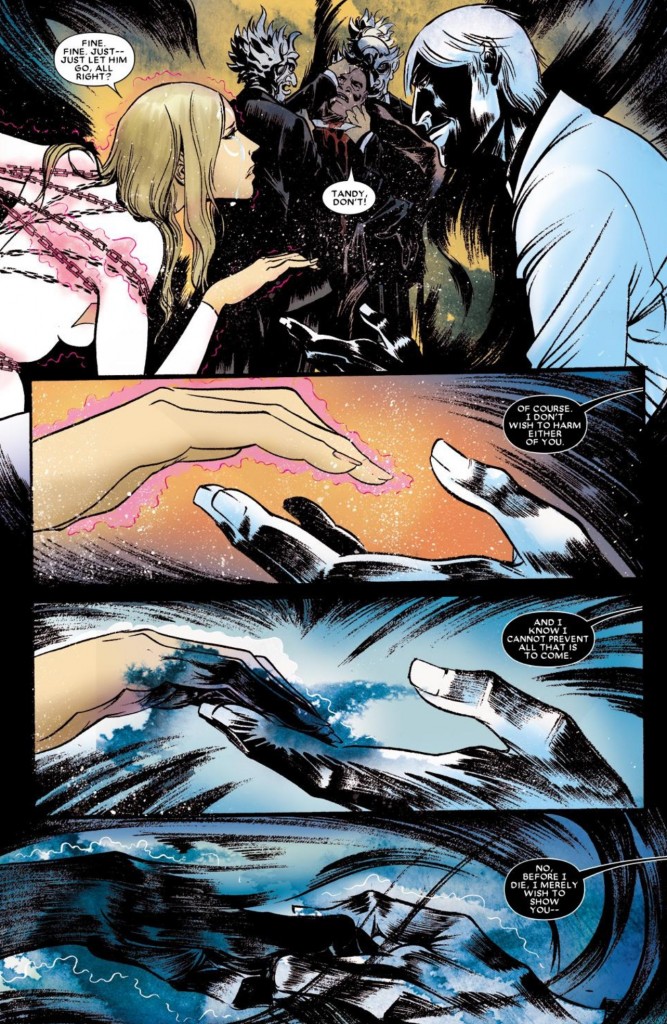 With this kind of character turn in place, it makes plenty of sense when Negative’s powers reverse Cloak and Dagger, leading Dagger to absorb Cloak’s lightsource as a means to survive. This also gives artist Emma Rios and company a chance to put forward some stunning layouts which demonstrate that comic books, first and foremost, are a visual medium. As a writer, it pains me to say this, but a fantastic image is oftentimes more memorable (especially in the long-term), than some witty dialogue, or an interesting plot-twist. 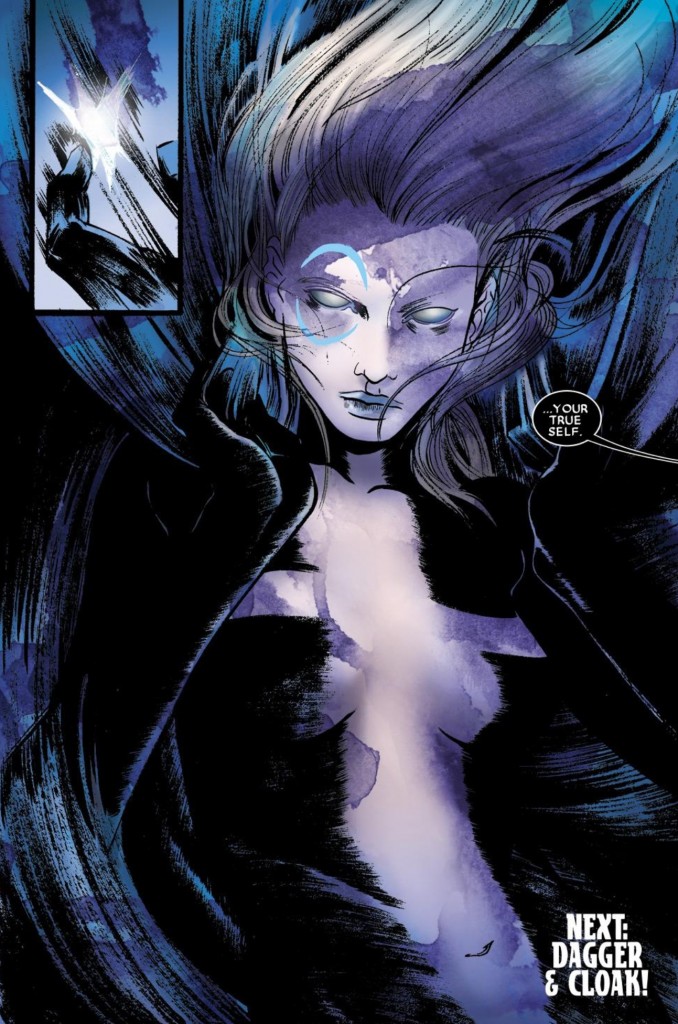 Back to the story (sorry artists), but Dagger experiencing Cloak’s “darkness” for the first-time and being overwhelmed by it, is a powerful comment on the duality of human nature. While Dagger, in her natural form, was progressing towards a more dark and stormy personality, she never actually physically imbibed darkness before. The moral of the whole thing being that the two, despite their conflicting urges and desires cannot live without each other because they physically complement each other. While I’m saddened to think what that means for Dagger’s yearnings to live a more “normal” life, I don’t really know anyone else who’s the physical embodiment of light (or darkness), so I guess I can’t get to critical about how such a power may ultimately cramp their lifestyle.