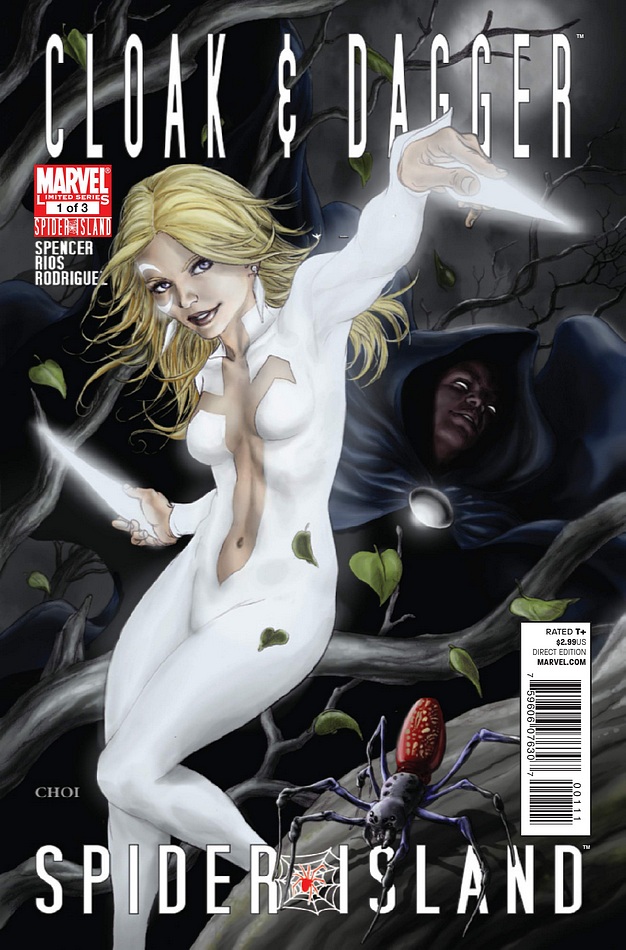 One of the interesting things about the numerous miniseries being pumped out by Marvel that are connected to Amazing Spider-Man’s Spider Island story-arc is it gives me, the reader, an opportunity to get acquainted or reacquainted with some characters that I’ve otherwise ignored or forgotten about. Of course this logic is all dependent on the idea that I’m actually going to go out and buy all of the Spider Island ties-ins, which, if the storyline remains entertaining I probably will since it will be a fun read and it’ll give me some additional material to write about.

What an event like Spider Island also does, vis a vis these miniseries, is give Marvel an opportunity to reimagine or update some of their characters. The Cloak and Dagger duo certainly quality for such an overhaul, and if Marvel chooses to accomplish this through Spider-Man’s universe, I’m all for it. Cloak and Dagger first debuted in the pages of Spectacular Spider-Man in 1982 and while I haven’t followed them religiously through some of their other more recent appearances in the Marvel universe, based off of what I explicitly know about them from reading Spider-Man comic books, their characteristics and attributes seem closely tied-in to a drug/gang/poverty-addled era of New York City that’s been evaporating since the 1990s. 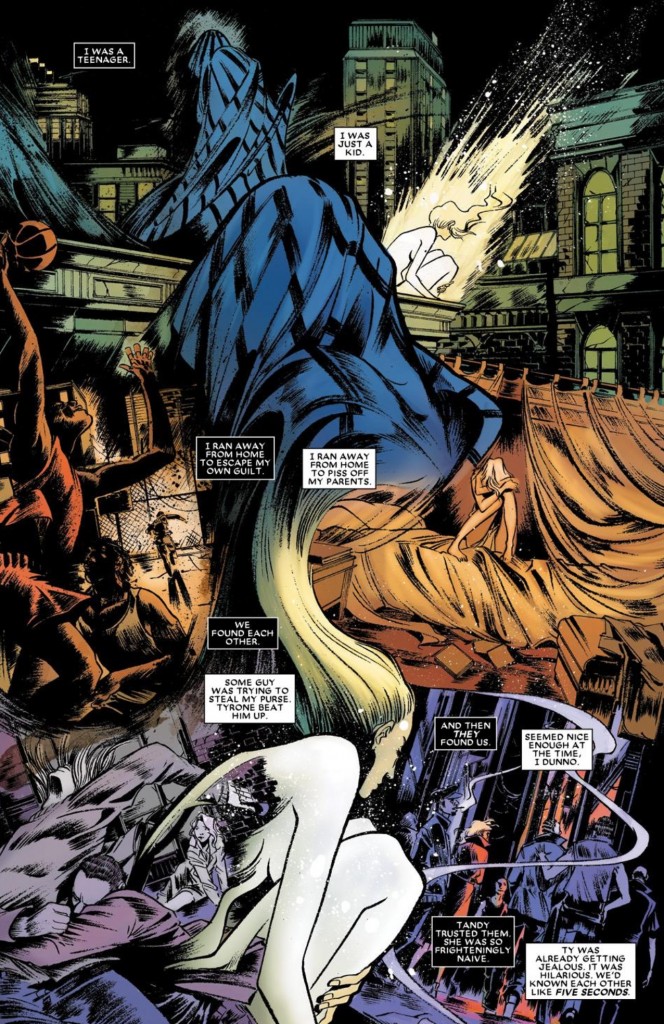 Putting aside politics and such, I somehow think a superheroine who creates daggers of light and is able to help addicts in their rehabilitation as a power was more pertinent in 1980, during the peak of the “Drug War.” At the same time, the gothic-looking Cloak who has a connection to darkness, seems a bit more relevant crusading around the East Village before the neighborhood became a “hip” hangout for kids in skinny jeans. It’s not so much that these details made Cloak and Dagger feel “dated” as much as I really haven’t cared about them since they played a relatively large role during Maximum Carnage in 1992. That’s nearly 20 years ago.

What is captivating for me in this new miniseries right off the bat – in addition to the beautiful artwork from pencil/inker Emma Rios which really can’t be emphasized enough – is writer Nick Spencer’s contemporary yet funny reinvention of Cloak and Dagger. The old church the two live in, a remaining symbol of Reagan-Era NYC where every street corner in certain New York neighborhoods seemed to be overrun with the homeless, is slated to be knocked down as part a redevelopment now that New York has been so gentrified. 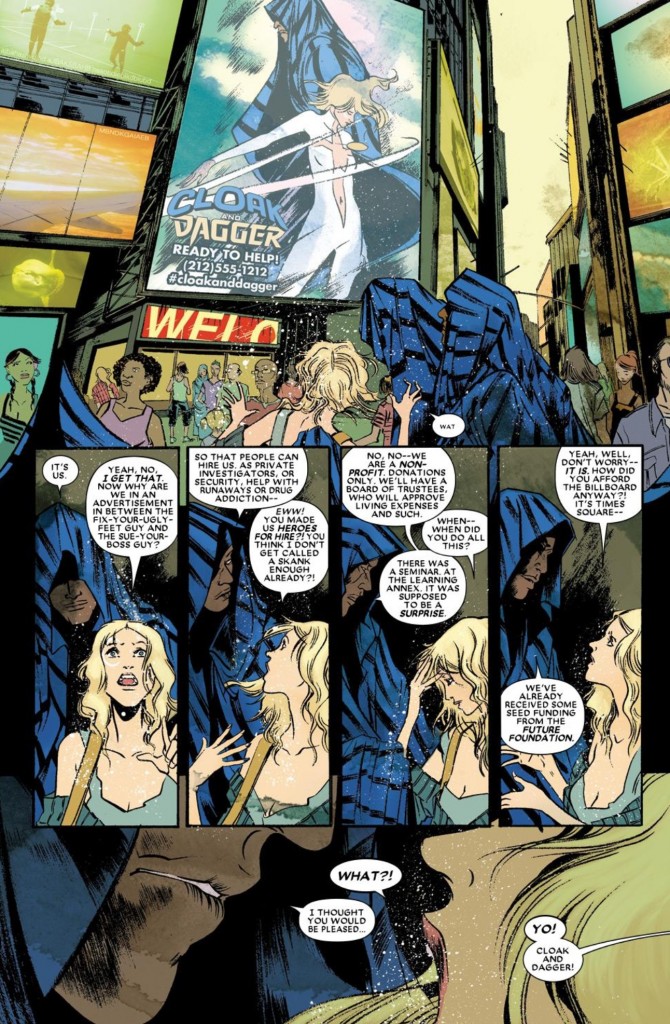 Meanwhile, rather than just blindly accepting Cloak and Dagger as a crime-fighting couple, Spencer gives the duo a modern relationship dynamic where Cloak is struggling with other heroes checking out his woman, while also feeling a bit used because of his teleportation abilities, and Dagger feeling smothered by Cloak and wanting to explore opportunities beyond the world of superhero-ism. 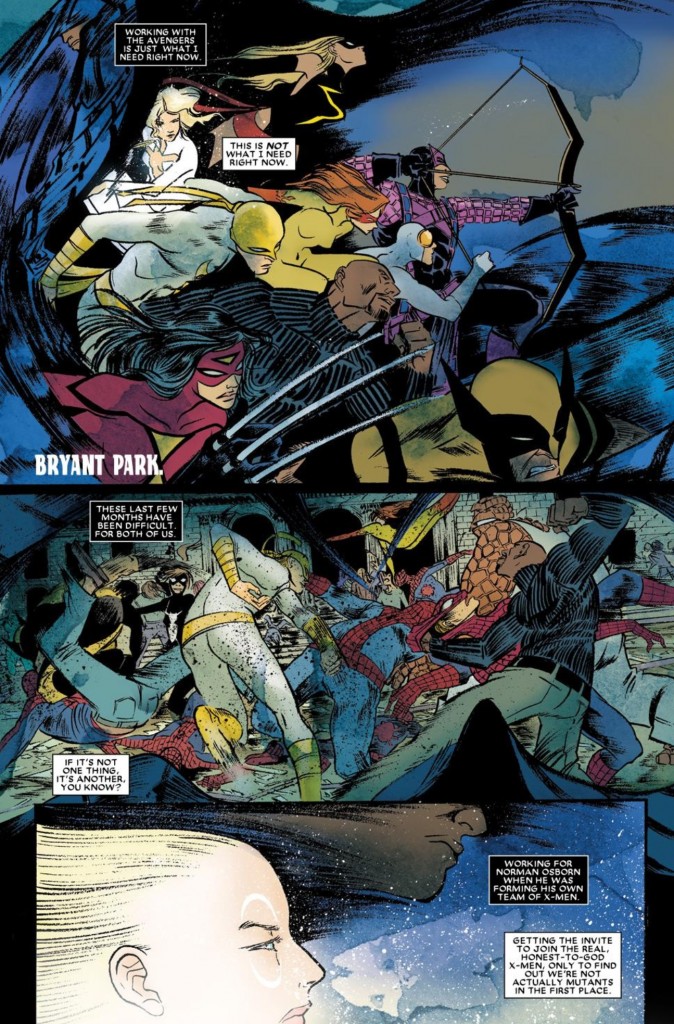 The end result is a nice edge to these characters that makes them incredibly relatable. If they didn’t have superpowers, I’d say Cloak and Dagger, as imagined by Spencer and Rios, are just like a majority of other couples I know. And while comic books are supposed to be escapist in many parts, if you’re going to push new and/or forgotten characters on readers, you best do it with some good storytelling. 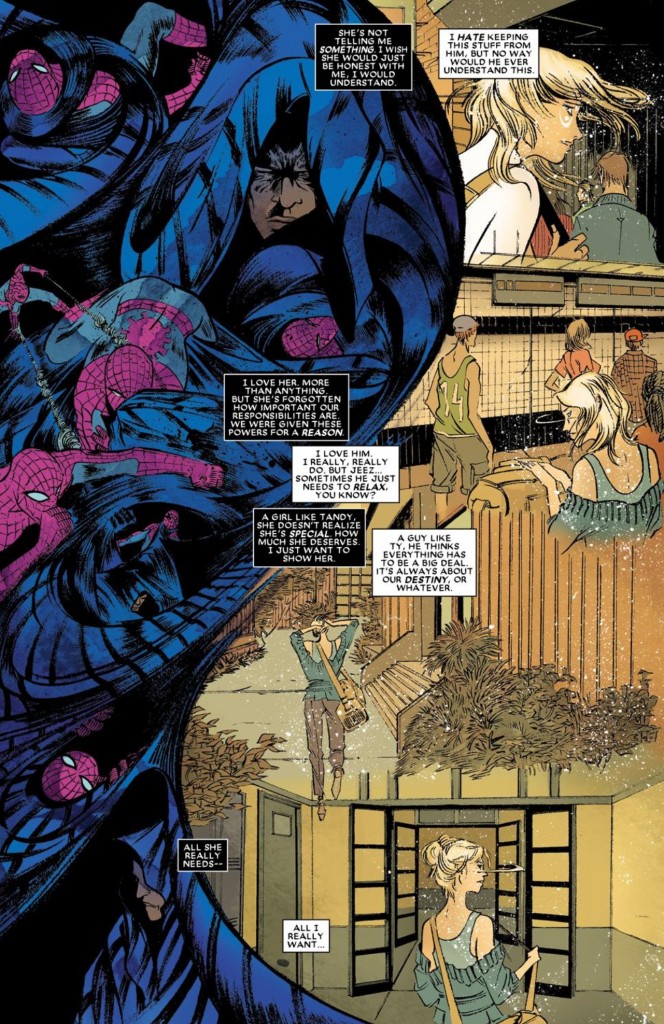 I look forward to the remaining two parts of this miniseries to see where Spencer and Rios go from here, as dropping two characters who are most identifiable with the 1980s into a modern New York City, where priorities seem to be who has the most eclectic microbrews on tap, and where can I find the best pork buns, can create a number of interesting scenarios. I also am waiting to see if they bring Peter Parker/Spider-Man more firmly into this universe, as I feel like Spencer and Rios have capture the spirit of 2011 NYC better than almost any comic creative team so far.