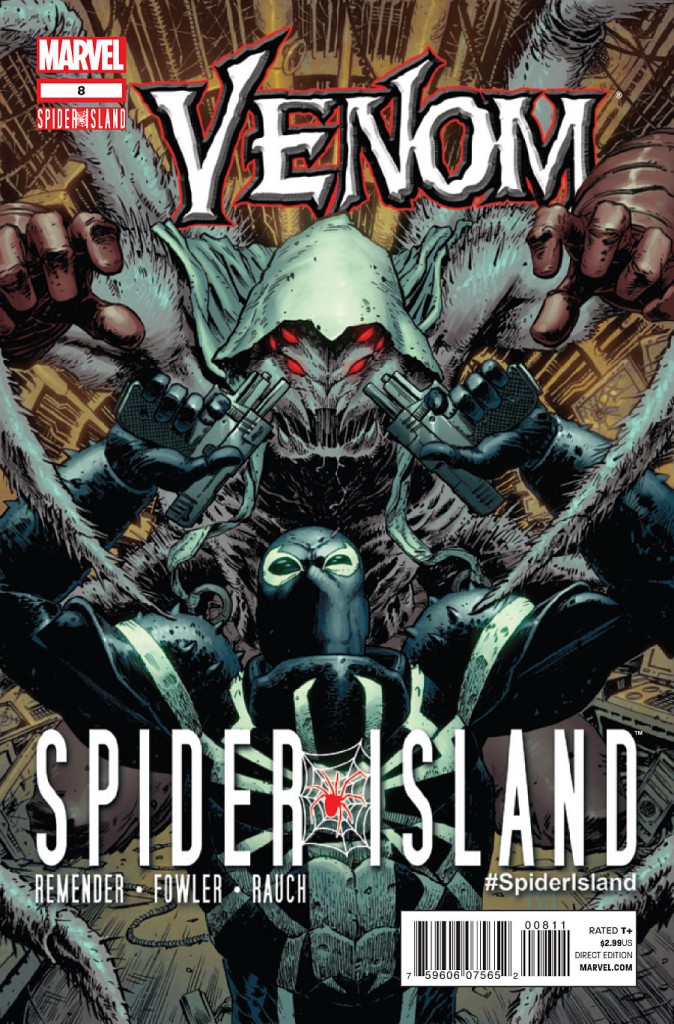 In the span of eight issues and even with the weight of having to tie-in to a major storyline in another publication, Rick Remender has succeeded in making Venom the most “human” he’s been, probably since he was first introduced by David Michelinie in 1987.

While a constant theme in the Venom series has been Flash Thompson’s ethical battle between his innate “good” side and the alien symbiote’s “evil” nature, Venom #8, the last tie-in to Spider Island for the series, finally portrays Flash-Venom firmly on the side of “good” rather than the murky tweener character who has been mucking up the comic book universe for years now. And Remender pulls this off by making Flash-Venom an incredibly vulnerable character both physically and emotionally – not some hulking caricature who’s obsessed with killing Spider-Man and eating brains. 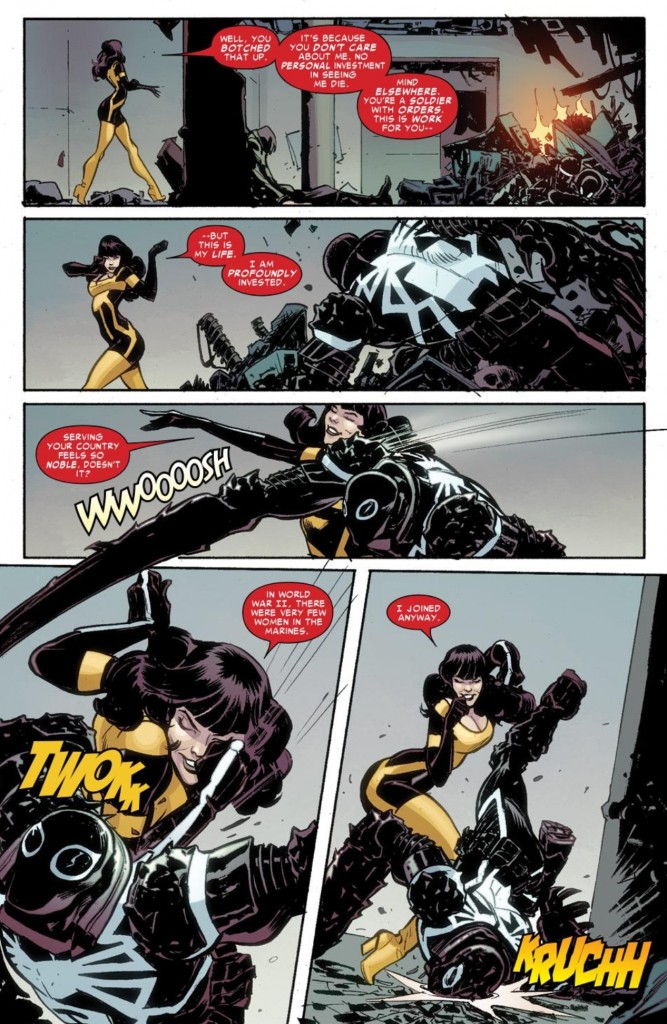 Actually, maybe it’s a bit odd from a character development standpoint that the symbiote wouldn’t be going berserk at the sheer thought of New York City being overrun with Spider-Man impersonators. It’s been long-established dating back to the symbiote’s first appearance in the 1980s that it hates Spider-Man more than any other being just for the sheer fact that Peter Parker rejected the black Spidey suit after discovering the costume was actually a living being using him as a host to feed on. If this new Venom series was drummed up in the 1990s, I imagine the past three Spider Island issues would have focused on the symbiote leading Flash into a blind homicidal rage, rather than being a “good solider” and following instructions to end the Spider Island threat in a semi-orderly fashion. But that’s why Remender’s work really has resonated with me, because instead we have a Venom book that deals with Flash’s own insecurities as a paraplegic soldier, with an alcoholic father and a girlfriend in Betty Brant who on paper looks too good for him as a match.

The plot device that has been discussed the most since this issue was released last month was the letter from Flash’s father – filled with sincere, heart-tugging final words from his deathbed. Remender effectively juxtaposes these emotional words against the backdrop of Flash-Venom fighting for his life against the Spider Queen – a character that I’m still at a bit of a loss to embrace as the primary antagonist in Spider Island, but because the storyarc has been so damn well executed in every other way, I’ve overlooked it. 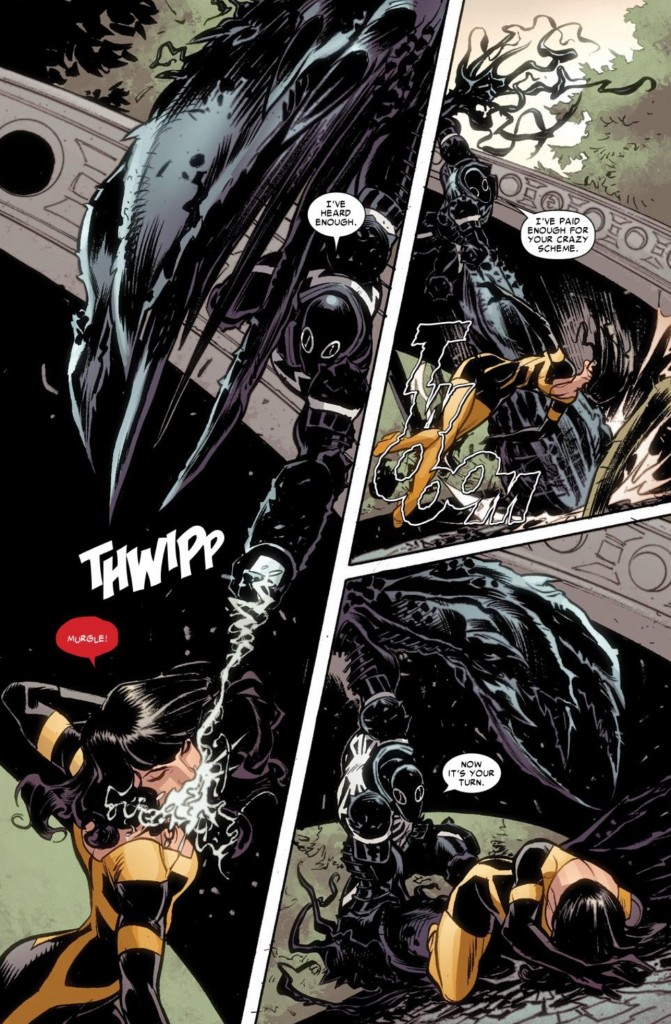 Yet the image that haunted me by the end of the issue is the one of the legless Flash Thompson, soundly defeated by the Queen who just hit him with one of her supersonic screams, thereby subduing the Venom symbiote. When Eddie Brock wore the symbiote and would use its power as part of his sociopathic mission to kill Spider-Man, there was always something a bit sad and pathetic about the site of Eddie and the beaten symbiote side-by-side. But it’s a different “sad” feeling with Flash here, who truly is fighting for the side of good in these comic books (he’s side-by-side with Captain America in this particular issue. You can’t get any more wholesome than that!). 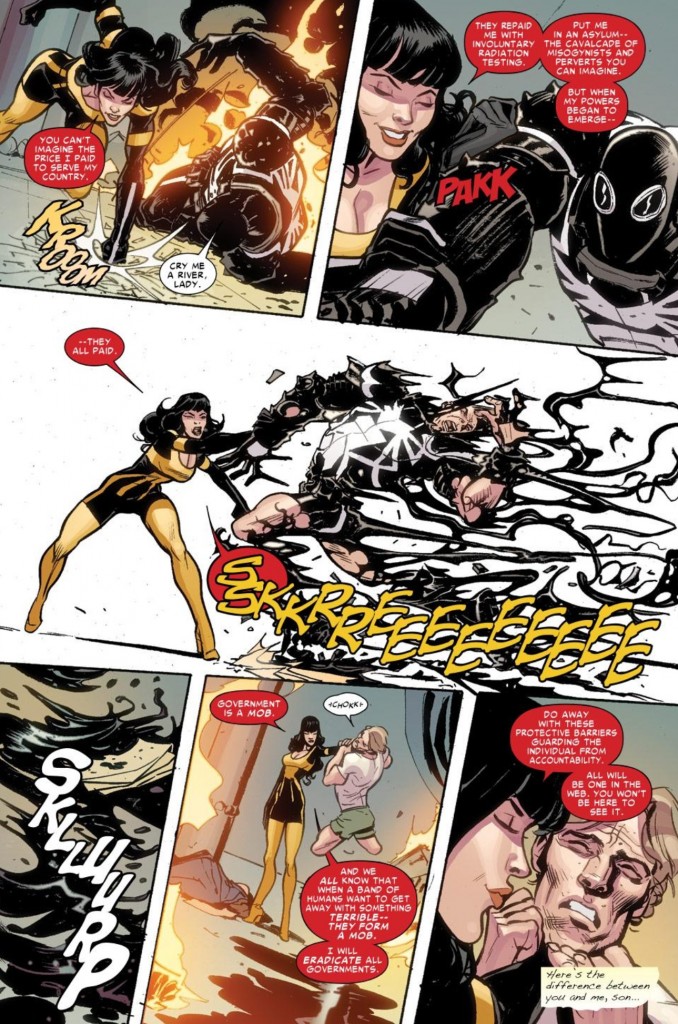 The image in question really drives home just how depressing Flash’s life is away from his new found superhero persona as Venom. Whereas Brock and other subsequent Venom’s “needed” the symbiote as a source of physical power, I get the sense from these issues that Flash needs the suit to give him a sense of purpose and meaning. Who is Flash Thompson now without the symbiote? An injured war veteran with a checkered past and a tenuous support system around him.

With the recent announcement that Flash-Venom will be joining the Secret Avengers next year, I’m curious as to how this kind of reshuffling will impact the flagship Venom series, which – broken record alert – has surprisingly become one of my favorite companion reads to Amazing Spider-Man. I enjoy the interplay between the two series. You can’t really have Venom without thinking about Spider-Man, nor is Flash Thompson relevant without Peter Parker. Because of this, and because of Flash’s current relationship to classic ASM characters like Betty Brant, the series has functioned as a better extension of the ASM universe than many other comic books that actually star Spidey, like The New Avengers and FF. I have my fingers crossed that despite the Flash-Venom character moving to higher profile gigs, the “symbiotic” (har har) relationship with ASM continues as I would love to be able to keep writing about this stuff on Chasing Amazing (which I guess I could do anyway, but having a legitimate ASM tie-in makes the work a lot easier considering the general premise of my blog being that I’m a Spider-Man superfan and collecting completist first and foremost and a general comic book fan second). 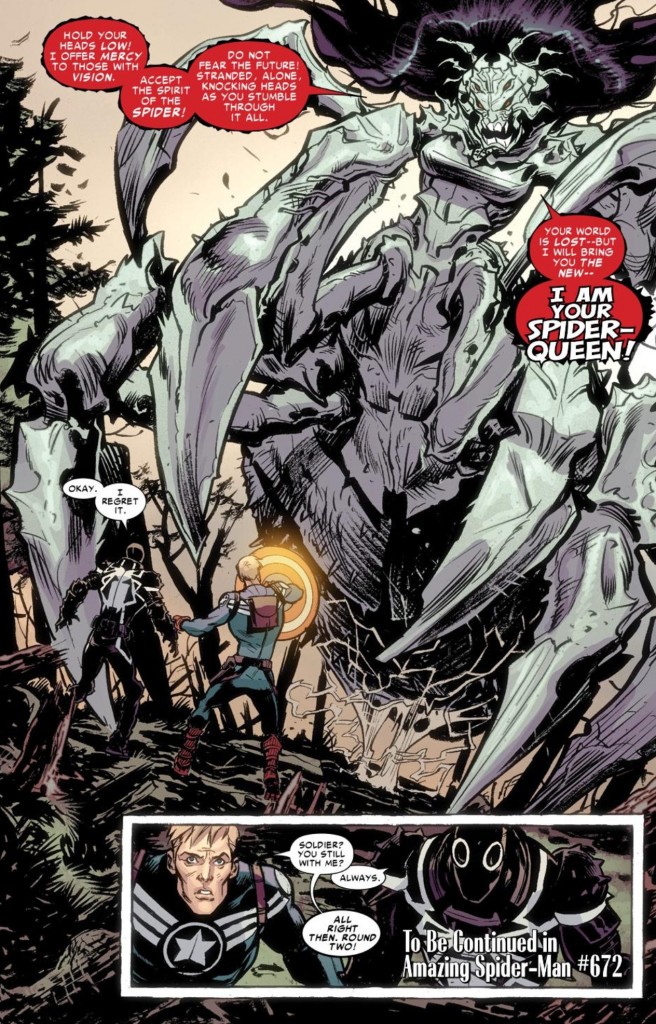