Chasing Amazing continues with its Reader Request November with a request from friend of the site and Spiderfan.org writer, Tyler Barlass:

@ChasingASMBlog “I Cover the Waterfront”

Great choice Tyler and one that’s personally relevant for me!

For a full archive of my Reader Request November entries, click here. 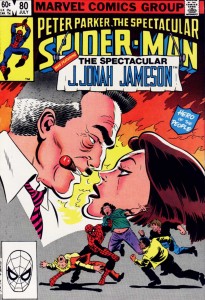 Coming off the heels of the epic Spider-Man/Doctor Octopus confrontation found in the Owl/Octopus War arc, writer Bill Mantlo and artist Ron Frenz (illustrating one of his earliest Spider-Man comics) took a different approach in Spectacular Spider-Man #80 by putting the focus on Daily Bugle editor/publisher and long-time Spidey antagonist J. Jonah Jameson. While I’ve seen some critics deride this issue as “filler,” I’d argue that Mantlo and Frenz put together something that ranks among the best Jameson stories in Spider-Man history, and one that really hits close to home for me given my past experience working as a newspaper reporter.

In a post I made in September as part of my X-Men/Avengers 50th anniversary coverage, I talked about how I’ve always found Jameson, the uncompromising, gristled newspaperman, to be a much more compelling character than Jonah the Spider-Man-obsessed media hack. What makes “I Cover the Waterfront” such a great character study of JJJ, is how Mantlo and Frenz combine the warring elements of his personality. In this story, Jameson is trying to uphold the failing integrity of the fourth estate – a business he clearly loves more than any other –but part of the reason why he’s going to such lengths to get the “scoop” about the corruption scandal at the New York City waterfront is because his ego has been bruised by his (then) girlfriend Marla. So Spectacular #80 combines both blustery Jonah and sincere Jonah; providing us with a one-and-done story that’s still a wonderful read nearly 30 years later.

A major selling point for this story is its vintage look and tone. Frenz, who’s long been considered a clone and avid admirer of Steve Ditko, supplies the comic with an early Silver Age aesthetic, which works so well for a story that’s as much about Jonah as it is about the “glory days” of shoe-leather newspaper reporting. The comic’s opening panels of Jameson at the typewriter, his inner-monologue klack, klack, klacking away, feels straight out of a black-and-white movie where reporters wore fedoras and smoked a couple of packs a day just to help them cope with the stress of being a journalist in a major city that’s neck-deep in violent crime and corruption. 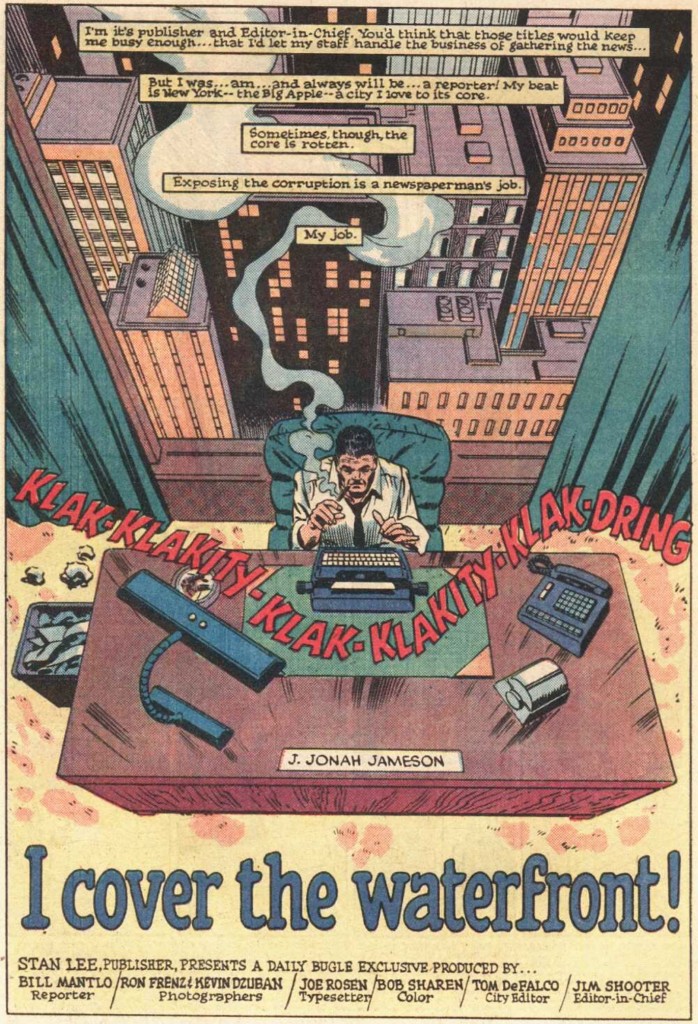 Mantlo’s script also feels direct out of a Cary Grant movie. Jameson, via his typewriter, gets to deliver some fantastic lines throughout this comic, like “My beat is New York – the Big Apple – a city I love to its core. Sometimes, though the core is rotten;” or when he talks of citywide corruption he needs to cover: “I didn’t start this story. I inherited it…”

As I mentioned in a guest post I provided for Longbox Graveyard about Daily Bugle reporter Ben Urich, Marvel’s glorification of nose-to-the-grindstone newspaper reporting throughout the early 1980s was unlike anything we’ve seen in superhero comics to that point and indirectly served as an inspiration for me to pursue a career in newspapers after I graduated college more than 10 years ago. There is such romance to how Urich pursues Kingpin in Frank Miller’s run on Daredevil, or how Jameson reflects on his career and current position of power in “I Cover the Waterfront.” 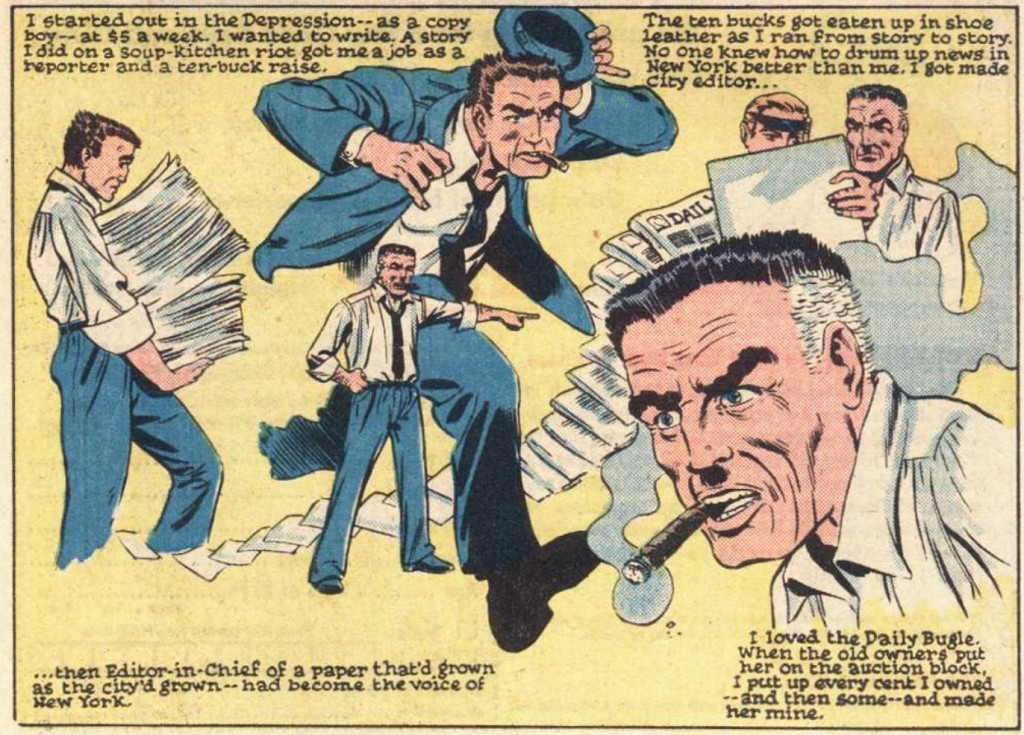 And yet, despite my admiration for guys like Urich and, in this comic, Jameson, for the way they roll up their sleeves and improvise to get the story, it boggles my mind to think just how drastically different Marvel’s version of the industry is from the one I worked in for the first five years of my professional life. When Jameson asks his staff if there’s been any intimidation or threats from the city’s criminal element, it’s designed to be such a nonchalant, matter-of-fact question. In today’s newspaper industry, coverage has become so homogenized and tepid that unless you’re working in a war zone, there’s very little risk that a specific story could mean death or dismemberment for a reporter.

Jonah’s situation is so desperate and perilous, he mentions how there are no “guardian angels” looking out for reporters. But because this is a Spider-Man comic book, even when the focus is shifted away from him, Spidey still manages to play a pretty large role in how everything works out. In another example of the complicated love-hate relationship between Spider-Man and Jonah (which is really hate-hate, but Spider-Man/Peter Parker is a good guy and would never harm JJJ regardless of the situation), the Web Slinger tails Jonah during his journey to expose this corruption case at the docks. And just when it seems almost certain that Jonah is about to get taken out by a hail of bullets, Spider-Man is there to save him, unbeknownst to Jameson. 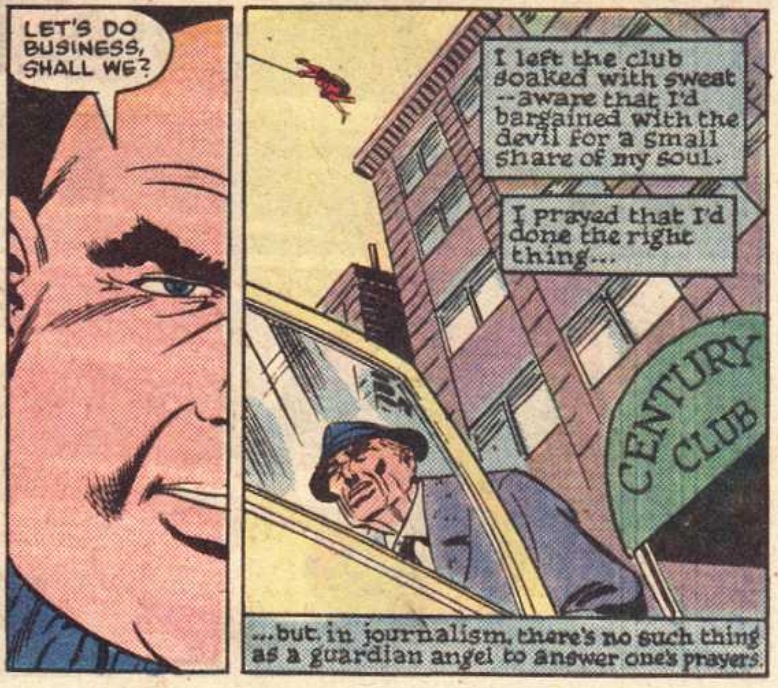 Of course, Spider-Man can’t let this man who has been an epic thorn-in-his-side since day one of his career as a superhero, continue thinking he cheated death and got the scoop all by himself. I’m willing to wager that when Jonah found out he owed his life and journalistic success to Spider-Man, he probably regretted the fact that one of those bullets didn’t hit him. Jonah may be a survivalist first and foremost, but his pride and ego are about as big as anyone’s in the Marvel universe. Spider-Man’s revelation to Jonah is just a perfect way to end this story. It serves as s reminder to Jonah more than anybody else, that he will forever be linked to this “Masked Menace.” 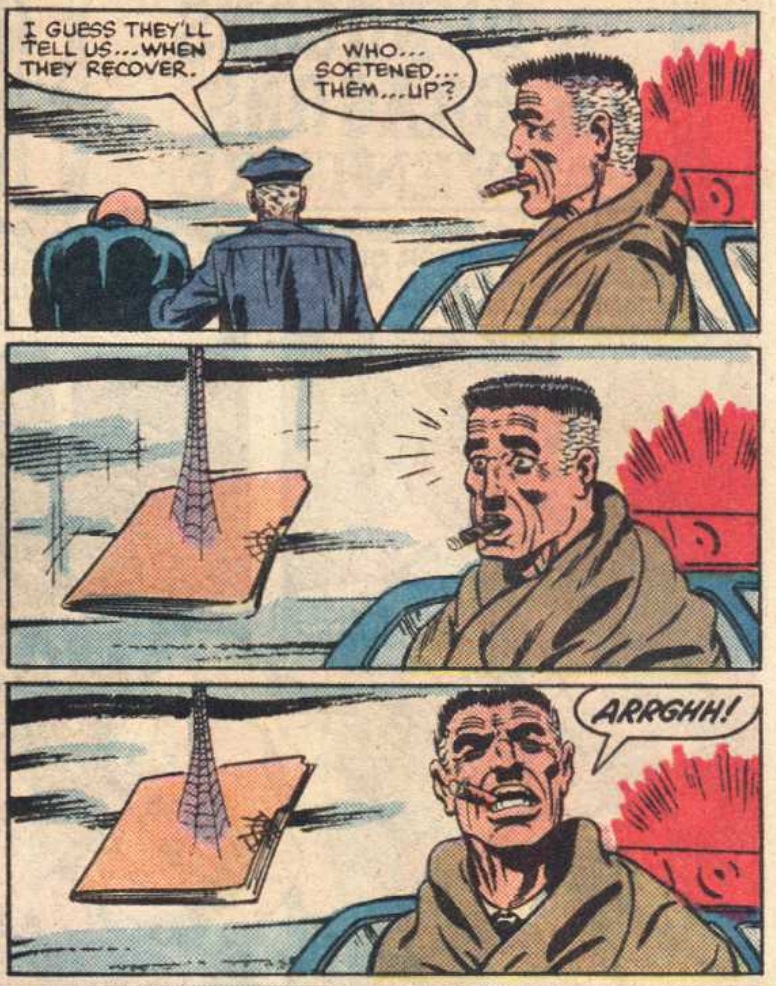 For me personally, “I Cover the Waterfront” left me wondering whether or not Jonah truly was the journalist he claimed to be during his conversation with Marla earlier in the comic. Despite needing and getting an unwanted assist from Spider-Man in order to survive, Jameson certainly proves that he’s both courageous and resourceful in trying to get his story. At one point, he negotiates with Wilson Fisk, aka, the Kingpin – information for information – that he likens to a “deal with the devil,” that certainly might leave some questioning Jameson’s integrity.

But I can’t condemn Jameson for his actions. Even in the kinder/gentler world of journalism that I worked in in the mid-2000s, success in that industry is predicated on making a lot of tough and even questionable decisions. Basically, your ability to be a great reporter all comes down to your access to information, and information can only be reliably obtained if you cultivate your sources. While there were plenty of people I spoke to during my career that would have paid me to talk to them, generally, the people who had the “real” information – the stuff that could shake City Hall or the State House – had the personality of a Wilson Fisk. I don’t necessarily regret anything I ever did to get a story when I was a reporter, but I have often thought about whether or not I had another, more honorable way to go about getting my job done.

So whether it was by design or not, Mantlo and Frenz actually made me appreciate Jameson even more with “I Cover the Waterfront.” It’s always a thrill when you get a story like this that comes seemingly out of nowhere and still manages to give you some new insights and a better understanding of a long-time character like Jonah. 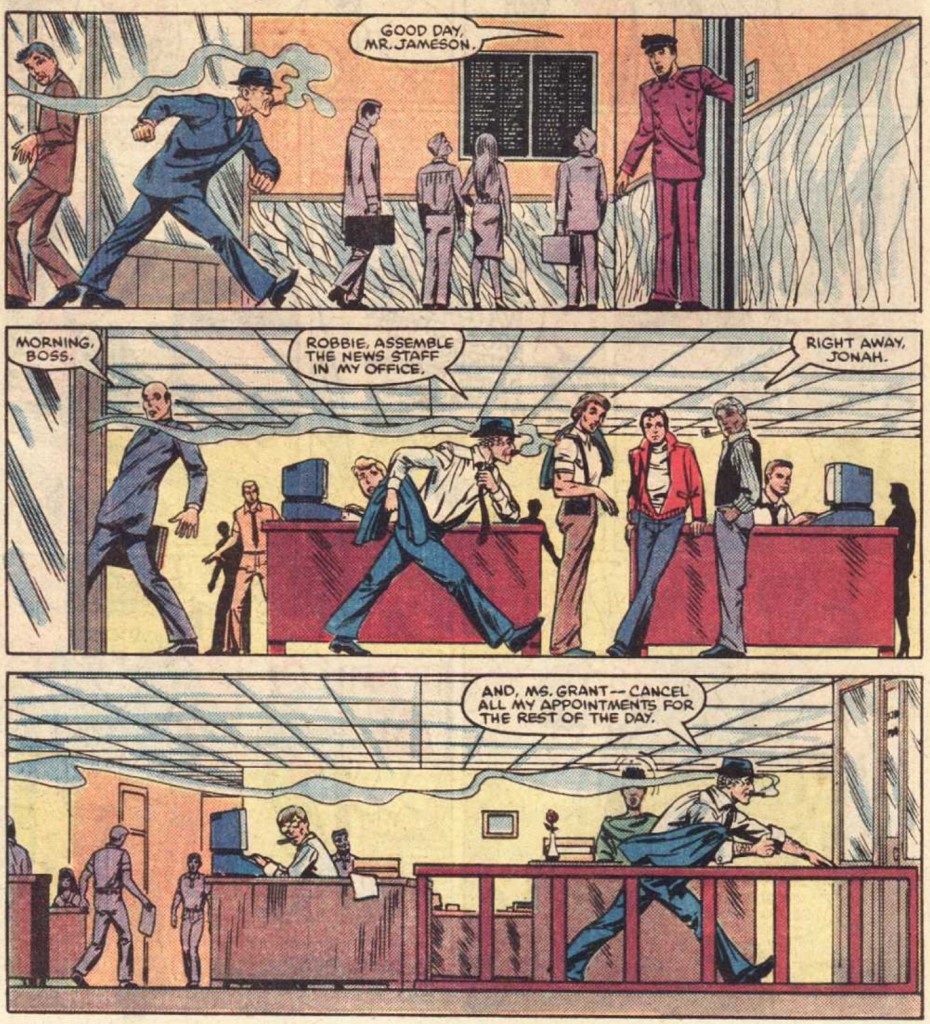 Heck, who am I kidding? What I really found so engrossing about this story is how it provided me with a medium to reflect on my own choices and decisions. I guess that’s what happens when art imitates life so viscerally.