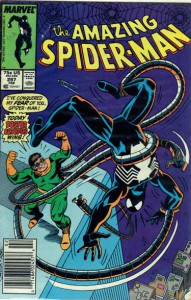 In my hometown of East Rockaway, NY, at the corner of Atlantic and Centre avenues, was a candy/cigarette/general store we called “Jack’s.” I don’t know where that name came from. There was never a sign with that name anywhere — maybe it wasn’t even Jack’s. Maybe it was Jax. Or Jaks. If someone knows any better, please call me out on this, because more than 20 years later, I still have no idea. The more I think about it, maybe it was just a reference between my family and I.

Point being, Jack’s is no more. It closed down when I was in junior high school, and the store went unoccupied for more than a decade, despite being on the corner of a busy intersection — for small-town standards — and within spitting distance of two schools, a church and a train station along the Long Island Rail Road. But Jack’s is definitely in the dead but not forgotten category for me, because that was where I would spend my time after school examining the metal carousel racks carrying the first comic books I would come to own.

Initially I would journey to Jack’s on Monday’s after school. I attended a religious education class at 3:30 at the church near the store, so when I was really young, my brother and I would take the walk together and either hit Jack’s before or after our religion classes. As I got older, I’d make the walk myself. My mother, who taught at our elementary school would spot me a dollar for the weekly Jack’s visit and while I think that money was initially distributed for the cause of getting an after-school snack — some chips or some cookies — there was one afternoon where I saw my brother pick up a copy of Amazing Spider-Man. I recognized Spider-Man from the cartoon series my father had picked up for me on VHS and from some of the rubberized-plasticy action figures I owned which turned out to be the Marvel Secret Wars line. I saw the price near the top left corner of the book was 75 cents, so I picked up the same comic as my brother — it was issue #296. 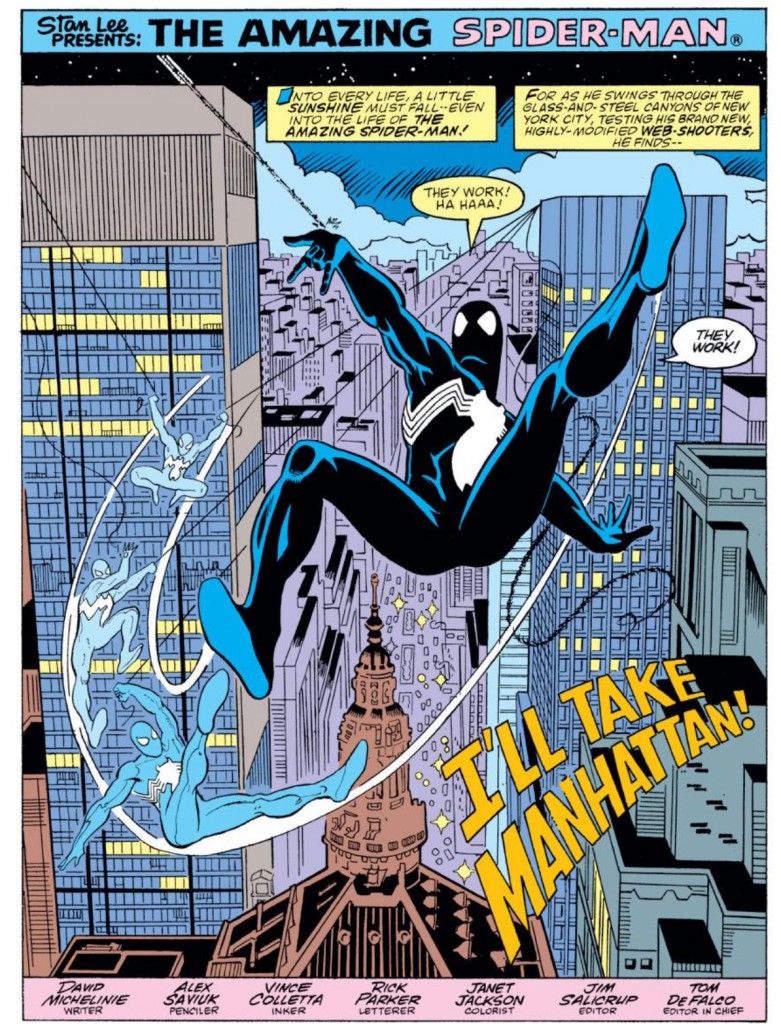 Here’s the thing with my brother and I: we’re five-years apart, which when we were younger seemed like an eternity. By the time I was in first-grade, he was already in junior high, and when I finally made it to high school, he was starting college. Despite being very close, there was also a good chunk of emotional and mental distance there. And I could be a precocious — nay — annoying little kid. And I think it bugged my brother that I wanted to same comic that he was picking up. In fact, I think it annoyed him I was buying comics in general. Wasn’t I supposed to be getting a package of Wise chips or a pack of gum with my $1? He had an allowance that was probably five-to-ten times larger than my weekly after-school money. And he was also the neater, more attentive Ginocchio boy in our household. As he likes to remind me to this day, I was the kid who lost his first wallet inside a coloring book. That day in Jack’s he bought that comic to read and then preserve, like he did with the thousands of baseball cards he had in his bedroom. I was just going to read the thing, color in it and lose it. And he was probably right. 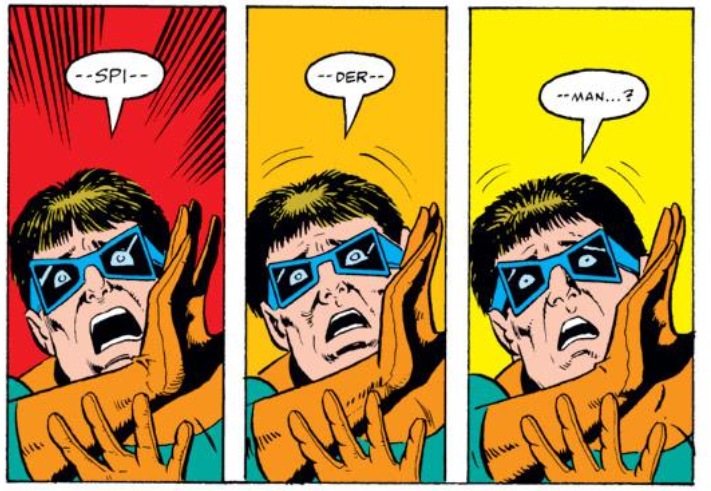 The joke’s on him though (not really). Despite being a kid who lost his wallet in a coloring book. Despite being the kid who used to have to head back to his school after hours to beg a custodian to let him inside because he left his notebook in his desk, I would eventually learn to properly collect and take care of my comics. Though that transformation did not begin in time for me to pick up this particular issue, ASM #297. Just look at it. The bottom right corner is permanently bent upwards, the cover is well-worn and wrinkled and some of the inking near the title on the left has been wiped off. This is not a particularly valuable and note-worthy comic as it is. In its current condition, the condition of a comic that was wall read and abused by a six-year-old, it’s probably worthless. But I don’t care. I keep it bagged and boarded all the same, like it’s as valuable as my issue #14 (the first Green Goblin, my most expensive comic). Because it’s a time capsule that dates to the foundation of my collection. 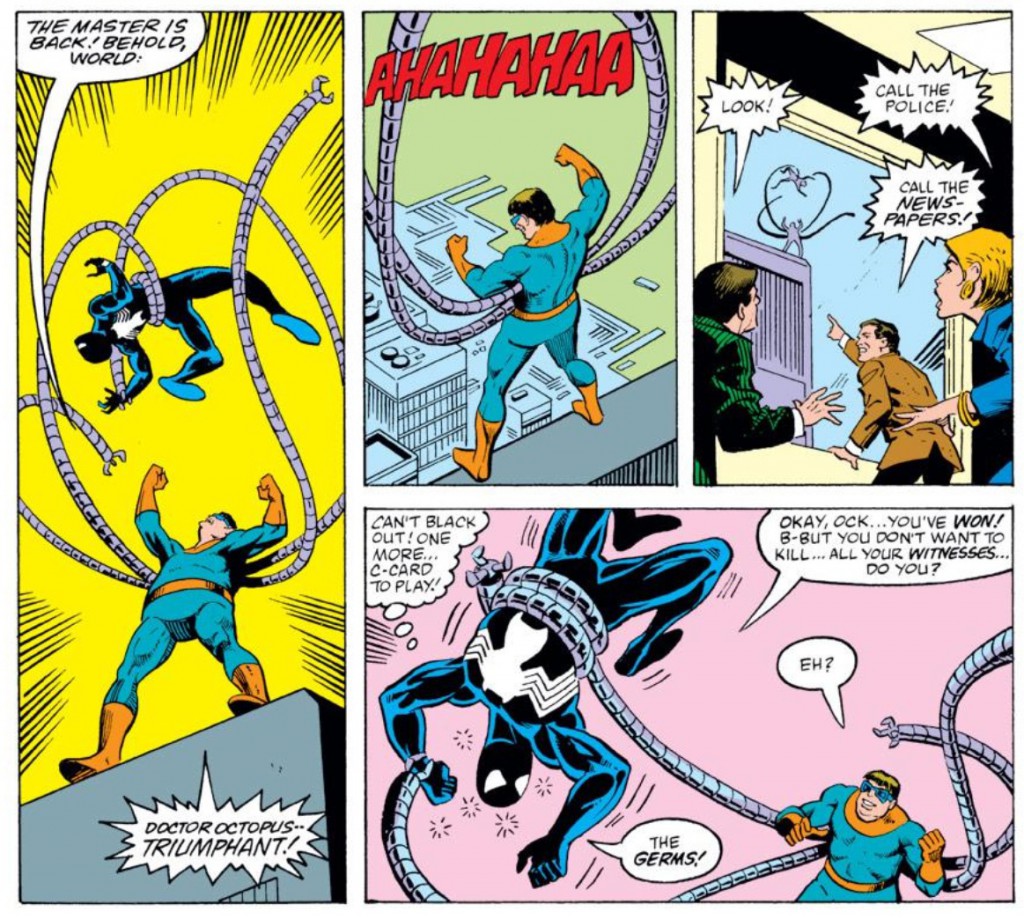 Plus there are still mysteries about this book that I would never want to stop thinking about. Like what’s with the writing — 12.2 — near the top left corner of the comic? I know lots of older comic books sold at newsstands carried similar-writing. If I’m not misinformed, the numbers signify some kind of inventory-system used by the merchant. But why 12.2? Is it December 2nd? Can’t be, this issue was released in February 1988. Maybe it’s not actually 12.2. Maybe it’s 122? Maybe this was the 122nd copy of this comic that Jack’s sold? Or maybe Jack was the name of the owner and that’s why people started referring to his store as Jack’s. Mysteries, all. Fortunately, I still have ASM #297 to remind me.