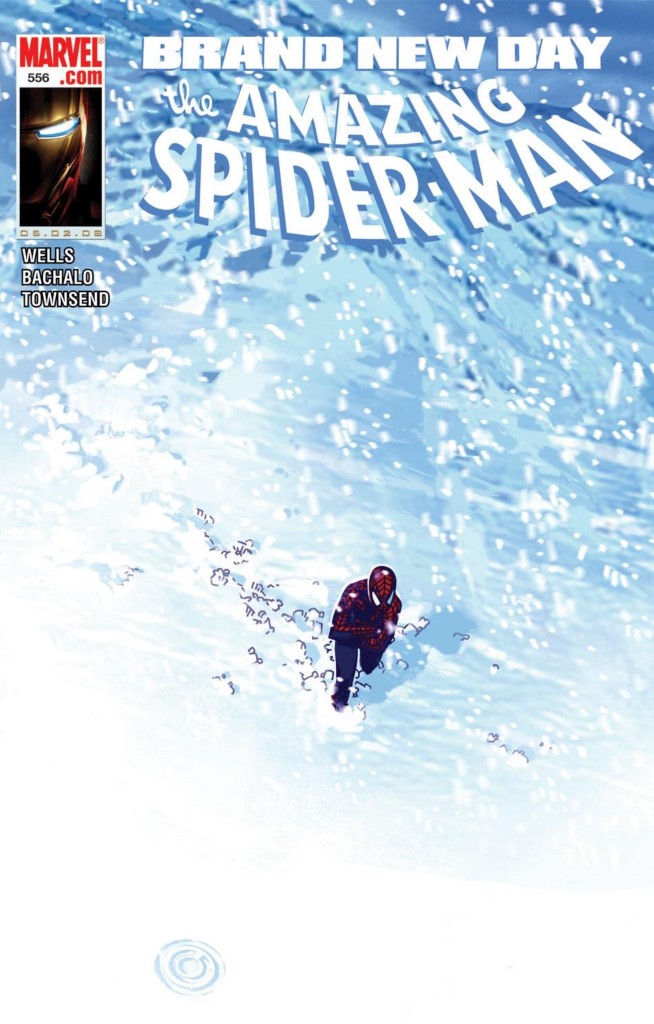 Any of my Northeast readers dealing with this unbearable cold and relentless snow the past few weeks will probably cringe a bit when they see how in my sequential retrospective of “Brand New Day” I’ve hit upon this three-part arc by Zeb Wells and Chris Bachalo that deals with Spider-Man fighting a demonic deity in an unseasonable blizzard in NYC. I know a chill ran up my spine as I was re-reading Amazing Spider-Man #555-557, though that could from the wintry freeze blast that whipped across my face as I walked to the subway (before reading the arc on my iPad).

Anyway, what’s more notable about this arc (do any of these “Brand New Day” stories technically have names? I referred to the last three issues as the “Freak” arc and I guess I can just refer to this one as “Blizzard”) is how for the first time since Spider-Man made a deal with the devil over the state of his marriage, the ASM narrative shifts away from the street level/New York City political scene and instead turns to a more mystical/supernatural setting. 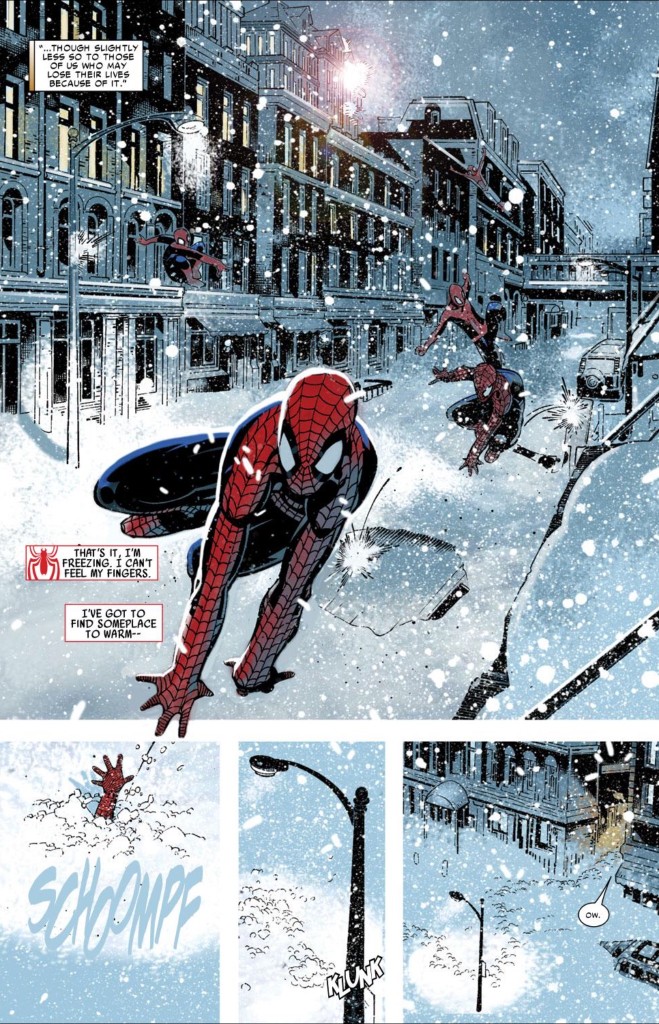 Even Doctor Strange makes a cameo in the first part of this arc, which also brings in Spider-Man’s Avengers teammate/best frenemy for life Wolverine. Color me a bit disappointed that once we move past ASM #555, Wells’s script shifts away from the Logan/Spider-Man team-up dynamic in favor of this being just another story where Spidey has to figure things out on his own. Don’t get me wrong, I love a “Spider-Man overcomes the odds because he’s smart and awesome” tale as much as anyone, but I think if there was ever a time to demonstrate the philosophical/ideological differences between Spidey and Wolverine, an arc where they have to fight off a demonic monster/super-powerful mystic like Dr. Rabin would be the time to do it. Spider-Man’s morality has always been applied to all sentient beings, but weird things have always seemed to happen to Spidey when he’s around Logan, so I was curious to see if the Wall Crawler would break some of his own rules this time around. Alas, that really wasn’t what the “Blizzard” arc was about. 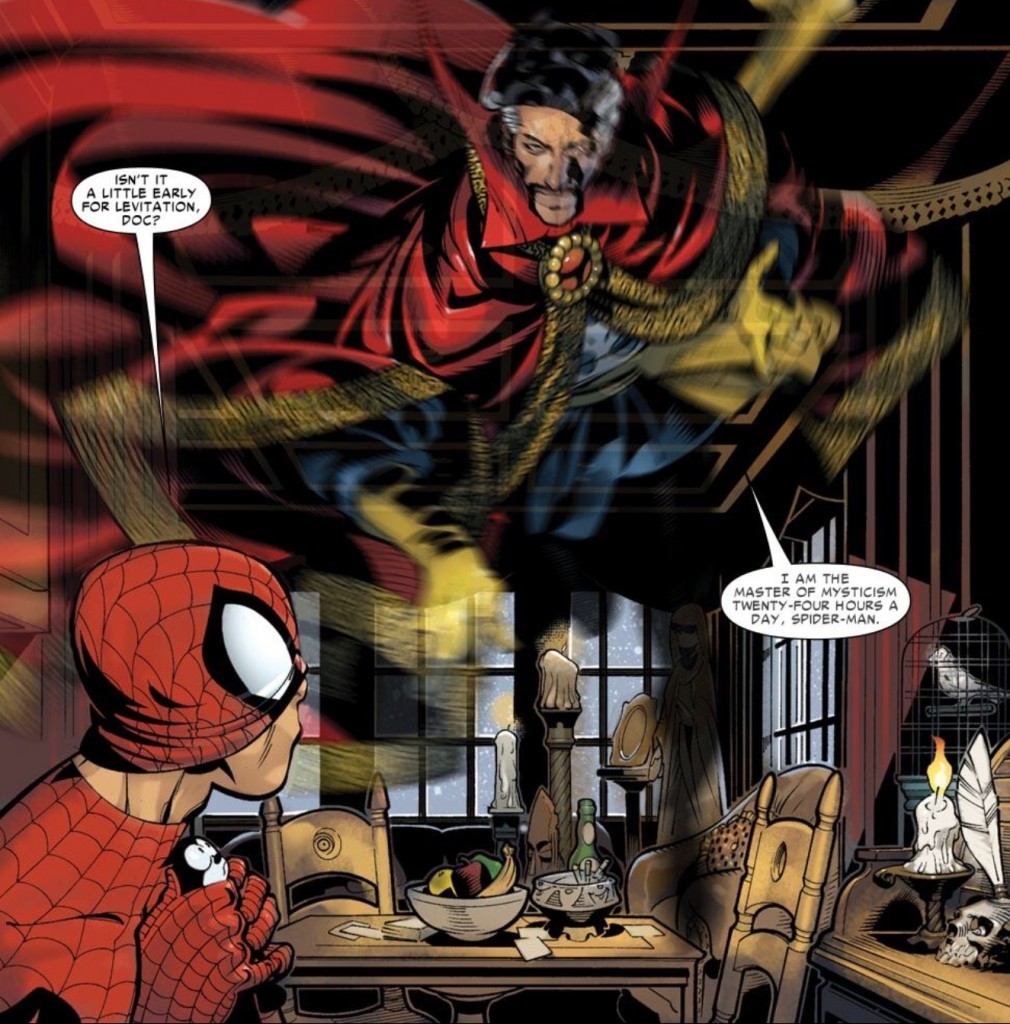 This storyline is a weird one for me in that I really adore Wells’s characterization of Spider-Man – most notably his ability to balance his smart alecky sense of humor with a relateable goofiness that very few modern writers are able to capture. However, the actual plot of these three issues seems so foreign and out-of-nowhere to me, especially in light of the gritty realism of the preceding nine issues of Amazing Spider-Man. I know that over the course of Spider-Man history, various creators have delivered a whole hodgepodge of story types and there’s no hard and fast rule stating that supernatural tales like “Blizzard” are off-limits. But when I think of the most successful Spider-Man runs of all-time – the Stan Lee/Steve Ditko/John Romita years, Roger Stern, Tom DeFalco and J.M. DeMatteis – these stories have tended to focus on the street level aspect of the character and his rogue’s gallery. For all of his talk of totems and mystical powers, even the J. Michael Staczynski run accentuated human drama. There are snippets of humanity and realism in “Blizzard” but not enough to make this feel like anything other than something I would have read in a late 70s “B” title like Spectacular Spider-Man or Marvel Team-Up.

Because of these issues, I think “Blizzard” marks the first time where the concept of the rotating “Braintrust” of creators could be legitimately questioned. Wells does build on a few storylines introduced in earlier “Brand New Day” issues, like Spider-Man being wanted by police for the Spider Tracer murders, Peter’s chilly relationship with new DB editor Dexter Bennett, and his interpersonal relationships with new cast members Carlie Cooper and Vin Gonzalez. But again, it seems like Wells’s idea of centering a story around a mathematician tapping into mystical Mayan codes in order to gain enough power to end the world takes precedent above all else. It’s funny that Doctor Strange is introduced only to be quickly taken off the table in this arc because his presence would have made this story feel more sensible in the long run. 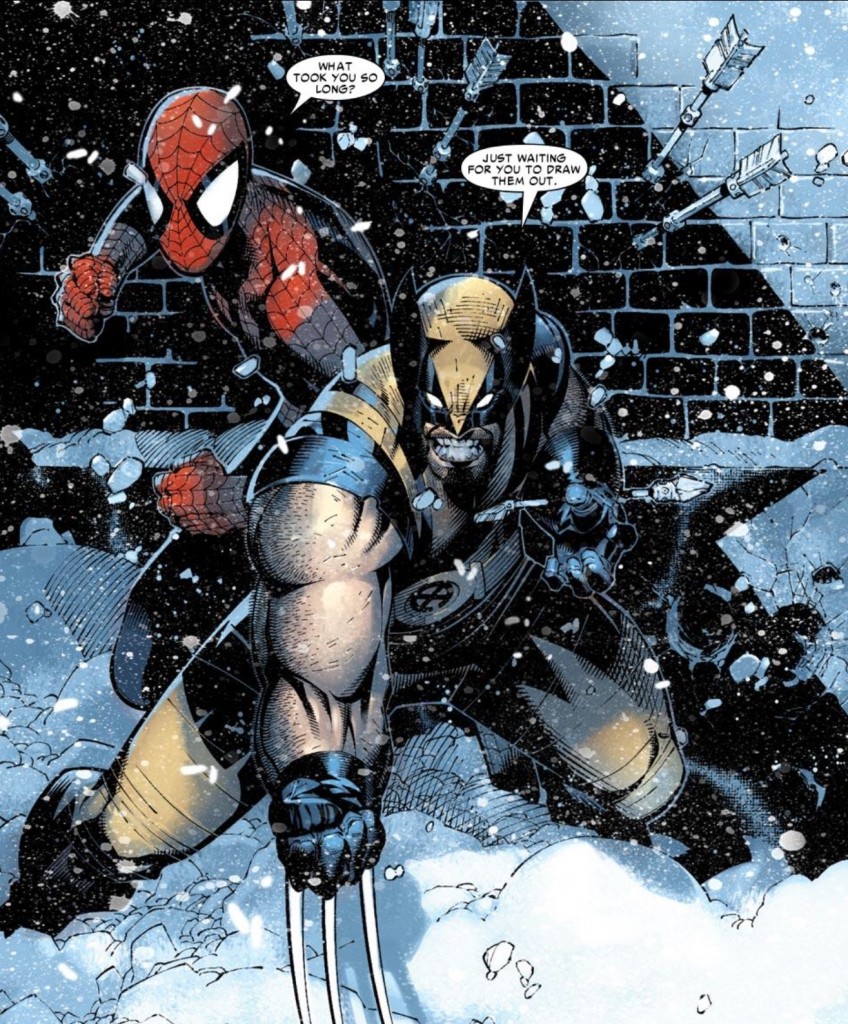 And that’s not to criticize the story either. Again, like he does with his characterization of Spider-Man, Wells does a very good job structuring this narrative. This is a very tight three-issue arc, despite some of the dropped team-up possibilities with Wolverine and Doctor Strange. While Dr. Rabin is not the world’s most interesting villain, I did appreciate the twist behind the character – that he wasn’t just some poor brainiac getting hassled by some Mayan Mafiosos but instead was the story’s mastermind/antagonist. It was a reveal I didn’t see coming when I first read this arc, especially when there were some ninja assassin types in the first chapter, which made me think that maybe the Hand or someone of that ilk was going to be unveiled as the big bad.

Wells also does an excellent job of firing off all of the Chekovian guns that he introduced. In three short issues, Wells pays off pretty much every subplot, including a very funny one involving a homeless man that Spidey initially accuses of stealing his jacket. The homeless guy leaves to get “reinforcements” when the demon shows and actually comes BACK with a crew of vagabonds. That’s just fantastic comedic writing from Wells there, taking an entire issue to pay off a joke. That’s a long-winded way of saying I like this story, but I’m not sure I like it in the same way I liked the first two “Brand New Day” arcs and saw value in the third one. Beyond the tri-monthly schedule, probably the most difficult task the Spidey Braintrust had to overcome during “Brand New Day” was keeping their narrative tonally cohesive. “Blizzard” is a true outlier in that regard and makes it feel more like a really well-written/illustrated inventory story than it does part of a specific creative run that ties into a larger story.