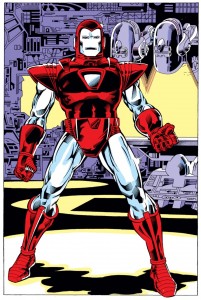 Marvel’s all new Superior Iron Man series launched last week, and with it came a Tony Stark with a new attitude and the latest in upgraded Iron Man armor/technology. Iron Man is certainly a guy who’s changed his armor up before, so on ComicBook.com, I counted down the 10 greatest and most historically significant suits in Stark’s arsenal. Did your favorite make the cut?