I’ve made mention of this on my Twitter and Facebook pages (are you following/liking me on Twitter and Facebook? Why not? Do that now!), but wanted to announce/declare in official capacity that as of this afternoon, I will be attending New York Comic Con as a member of the “press” this weekend. I even got my own fancy press badge too! Excelsior! 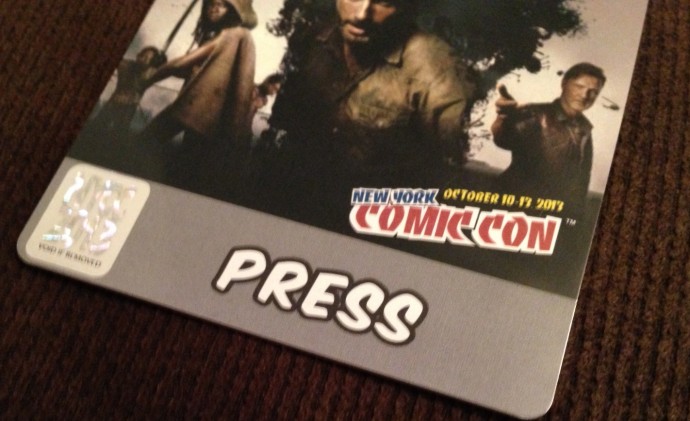 A press badge doesn’t get you a heckuva lot at New York Comic Con, but it’s great having one all the same.

At the risk of coming across as completely insufferable, being a part of the media is not a new concept for me. As many of you might have gathered from some of my posts over the years (including this guest blog I did for Longbox Graveyard yesterday), I spent the first five years of my professional career as a newspaper journalist, writing about everything from local obituaries to national politics. I’ve had an opportunity to interview a variety of celebrities, politicians and professional athletes over the years, so I’m going to assume talking with the comic book industry’s top creators won’t be all that daunting in comparison (and it’s not like I haven’t done this just recently. Check out my coverage of ComiCONN in Connecticut here, and my podcast partner Dan Gvozden’s coverage of Baltimore Comic Con here).

With all that said, this is a very exciting moment for my blog and for me. I started Chasing Amazing in 2011 (my first post was in November 2010 but I didn’t write a second post until months later and didn’t post regularly until a few weeks after that) as an outlet where I could talk about my personal quest to collect every issue of Amazing Spider-Man, while also discussing new Spider-Man comics that I picked up every month. I honestly thought nobody would care about my writing, but my wife convinced me all the same to try out this whole “blogging” thing. Thanks to some early support from some of the bigger web sites (most notably Brian Cronin at Comics Should Be Good), I was able to build up a modest audience that was interested in my mix of childhood nostalgia and comic book fandom. The site has continued to grow, thanks in large part to the exploding popularity of my role in the Superior Spider-Talk podcast, and for the great visual face lift Chasing Amazing got courtesy of one of my very talented friends who is a web designer. Having my writing published by such reputable sites as CSBG, Longbox Graveyard and Sequart hasn’t hurt either.

If you’re not sick of my horn tooting yet, let me just explain what my coverage of NYCC should entail. For one, starting this afternoon, I’m going to have a post at the top of this page every day during con hours that features a live stream and chat room courtesy of the NYCC folks In terms of more specific Chasing Amazing content, over the next four days, I aim to post some recaps of my experiences  that feature some anecdotal and analytical flavor. I plan to attending many of the main Marvel panels, including the Inhumanity/All New Marvel Now panel which will announce what new title Dan Slott is working on (my money is on Silver Surfer) and the Superior Spider-Man and Friends panel (home of the mysterious “The End” teaser). I’ll attempt to tweet out any major breaking news from these panels (again, follow me on Twitter) and post them to Facebook (same). Then, after the dust has settled, look for a Superior Spider-Talk podcast that discusses these announcements in depth – especially if they’re as seismic as some think they might be. 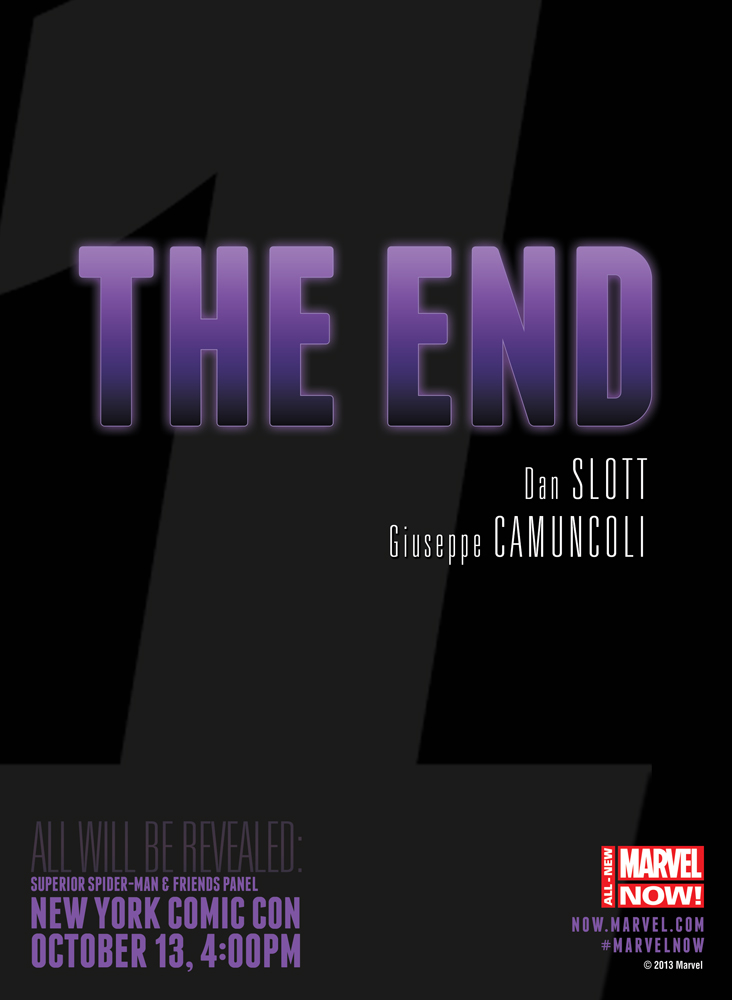 What’s “the end?” Hopefully I’ll have an answer for you between 4 and 5 p.m. on Sunday.

Additionally, as Dan and I have done at past cons, I plan on talking with creators for future Superior Spider-Talk podcasts and programming. Just look at the guest list here – it’s prodigious. Even with four days, I don’t know if I’m going to be able to get to everyone who’s had a role in the world of Spider-Man, but I’m certainly going to try. And while time and the volume of people attending may not allow for some of the really immersive interviews we’ve done in the past (like Dan’s fantastic interview of Ron Frenz in Baltimore), I hope to get the podcast some excellent content all the same.

As for readers at my site, if you’re attending NYCC and want to say hi, send me a tweet (again!) or leave me a comic under one of my con posts on this site and I’ll try my very best to find you. Obviously, none of this would be possible without the loyal readership I’ve built up over the past 2 and a half years and I definitely want to express my gratitude to you all in person. If for some reason you reach out to me in a moment where I’m running around like a chicken with my head cut off, please don’t’ take it personally. I promise I’ll respond at some point.

Going forward, Chasing Amazing is not going to become a true “news” site for Spider-Man – this is still way too much of a passion project for me to get too caught up in trying to throw up a post about every little thing that comes out of the Spidey comic/movie/television universe. There are plenty of other larger sites like CBR or Bleeding Cool that can bring you comic book news and do it much better than I can. Like I mentioned earlier, this site is designed to be a personal reflection on my favorite comic book character. If I can’t offer my own unique spin on what I’m writing about, I’m not going to bother. 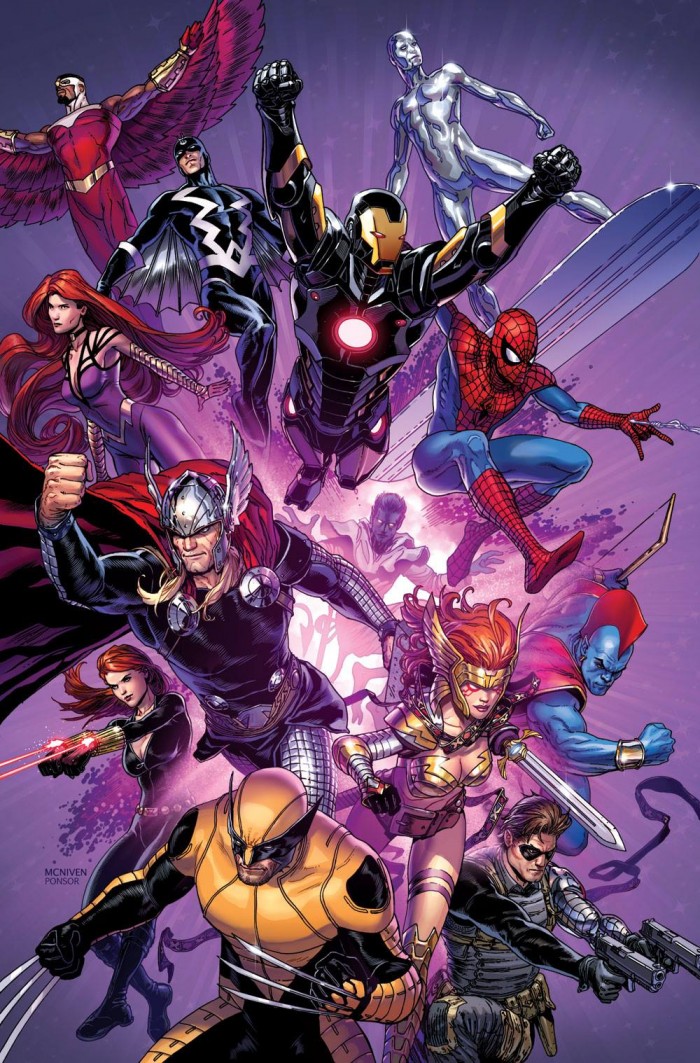 With that said, I’m hopeful the NYCC experience will not only provide great content for my current readership, but broaden the overall reach and visibility of my blog and podcast (aka, get more readers/listeners). Between Chasing Amazing and Superior Spider-Talk, Dan and I hope to bring our collective audiences the best Spider-Man fan experience out there – passion, intelligence and fairness in how we approach this amazing (and superior!) character, Spider-Man.