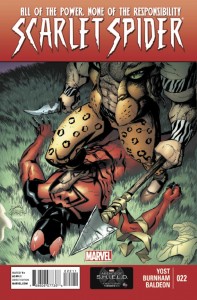 In the world of comic books, very few characters who die, stay dead – unless you happen to be Uncle Ben or Gwen Stacy (you’re not counting the clone, are you?). But of all of the deaths that took place in Spider-Man stories in my lifetime, none were quite as conclusive as Kraven the Hunter’s. There was a certain level of peace in Kraven’s suicide in Amazing Spider-Man #294, the penultimate chapter of J.M. DeMatteis’ epic “Kraven’s Last Hunt” storyline. In Kraven’s mind, he had conquered his longtime foe in Spider-Man, and regardless of the fact that Spidey eventually dug himself out of his grave, the villain sincerely believed there were no more fights, or hunts, worth having. As such, I was always a bit uncomfortable with how Kraven was brought back a few years ago during the Amazing Spider-Man “Grim Hunt,” arc. Not, “oh my gosh, how could they damage a character’s legacy this way,” level of discomfort, but something more along the lines of “why would Kraven even want to be resurrected?”

What I find most satisfying about Scarlet Spider #22 and the current “Into the Grave” arc that’s driving this series to its conclusion in December is the fact that the creative team fully acknowledges the discomfort I just described. Kraven is preparing for a final showdown with Kaine not because of a desire to stand victorious, but because he blames the Scarlet Spider for his resurrection.  Kraven’s death was not Norman Osborn being impaled by his weaponry. His death was carried out on his terms, just the way he wanted it to be. You can argue the morality of this perspective on suicide all you want, but it doesn’t change a thing about the text and how Kraven maintained total control over his life until that shotgun blast effective ended it all for him. 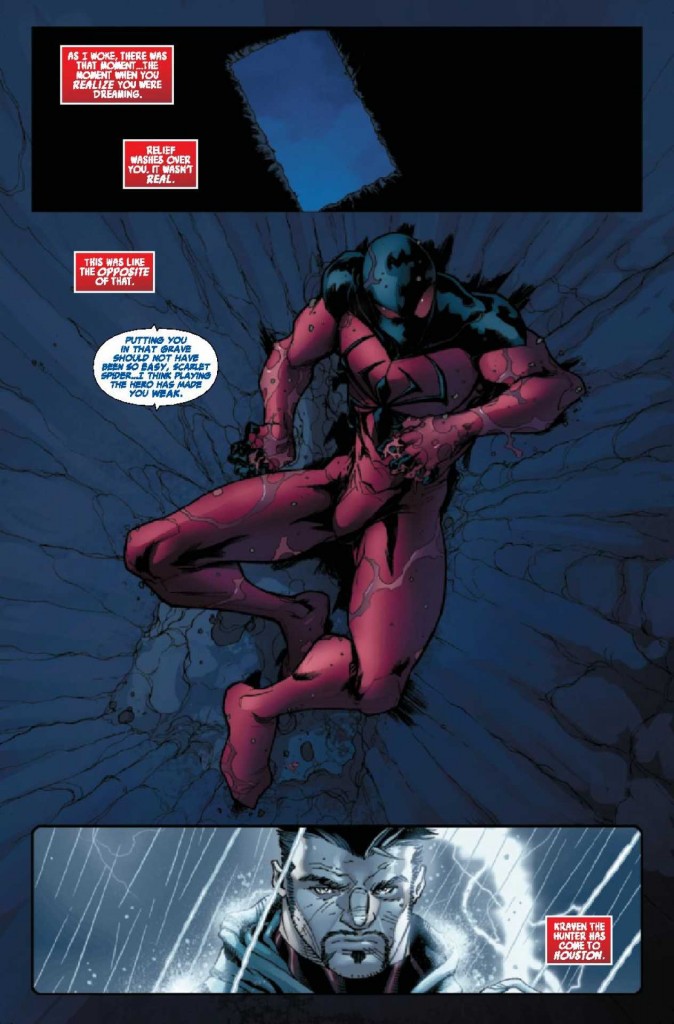 So, I appreciate writers Chris Yost and Erik Burnham giving us a story that doesn’t compromise Kraven’s conflicted perspective on being alive. It makes his final confrontation with Kaine that much more unpredictable: this man believes his rightful place is in (or under) the earth, and thus has nothing to lose by setting fire to any semblance of a life that Kaine has built up for himself in Houston, i.e., the entire supporting cast that is tied up by Kraven at this comic’s end. The fact that Kaine is such an unpredictable force of nature himself – who’s morality has always been questionable at best and non-existent the rest of the time – makes me think this series could end on a truly downtrodden note (the solicits for the last few issues indicate as such). 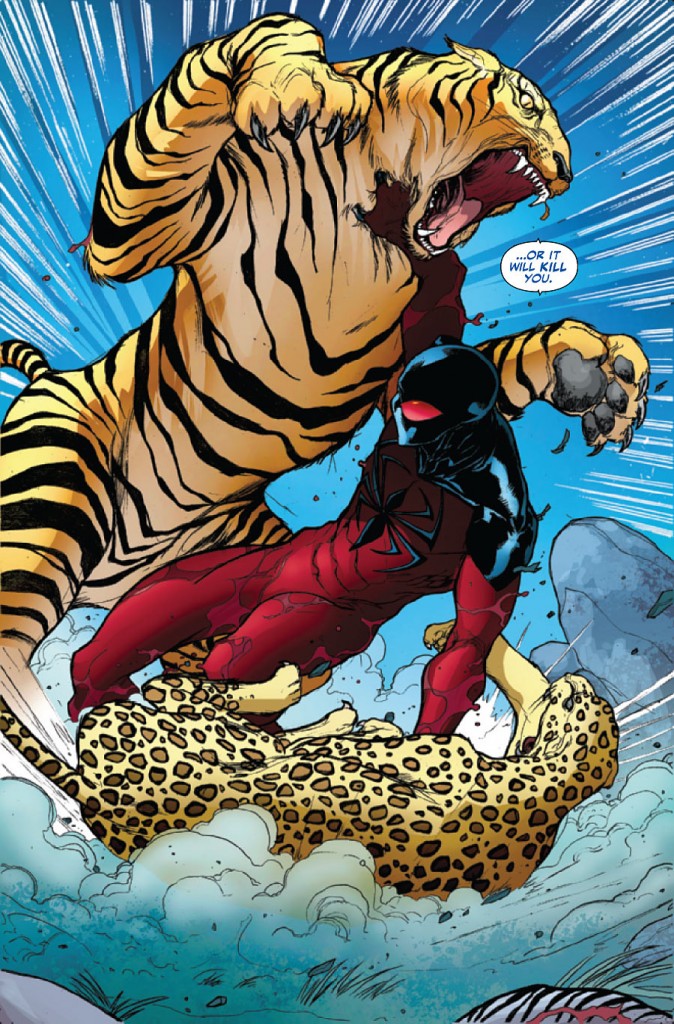 In my write-up about Scarlet Spider #21, I felt the creative team was doing a great job setting up all the pieces for what will hopefully be a satisfying end to a series that suffers from being underrated by the general comic book buying public (hence the poor sales) and overrated by Webheads who are still bent out of shape over the “Superior” status quo and who thereby heap a disproportionate amount of praise on anything that doesn’t star Spider Ock (or Dan Slott). My opinion is further advanced by Scarlet Spider #22. I don’t think if the creative team was pumping out stories like “Into the Grave” a few months earlier that Scarlet Spider would have been saved from the chopping block (I just don’t think a title about the clone of Spider-Man has any real longevity to it). But as someone who truly wants to see all of Marvel’s Spidey properties succeed, I’m still very least happy to see Scarlet Spider go out on what I perceive to be a high note for the series. Certainly building your final confrontation around a villain as rich as Kraven and tying the showdown into a key part of the character’s history can only help that cause.