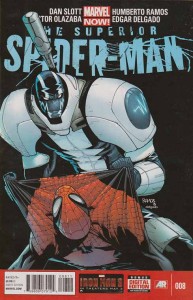 Superior Spider-Man #8, the second part of the “Troubled Mind” arc, does something that no previous issue of Superior has truly nailed yet – the comic features a true moment of redemption for Spider Ock, while also maintaining the overall loose cannon/prick-ishness that has defined his personality through the title’s first seven issues.

I find the timing of this development to be critical, because if the next issue is indeed the “game changer” that Dan Slott and Marvel keep promoting it as, and if the game changing event is that Doc Ock finds a way to completely vanquish Astral Peter from the recesses of his brain (as I suspect is going to be the case based on the teasers in the May solicitations), then now is as good of time as any to finally show a truly heroic side of Marvel’s new flagship character.

Trust me, I get that Marvel/Slott are trying to tell “new” kinds of stories within the context of a Spider-Man comic, and for the most part, I’ve really enjoyed the “Dying Wish” to Superior transition over the past six months. I am both prepared and okay with the fact that this status quo is going to be maintained for a considerable amount of time – at least through the summer and most likely longer. But while I’ve enjoyed the stories, I found my patience getting tested in some ways the past there issues. We saw Spider-Man kill Massacre in cold blood, beat the stuffing out of two guys who had basically punked him in a YouTube video, and finally physically confront a “villain” in Cardiac, who’s really just a kind-hearted guy who goes about carrying out his mission in underhanded ways.

The ending of Amazing Spider-Man #700 indicated to me that Doc Ock had something to learn and embrace about Spider-Man that would be more fully fleshed out in Superior. Instead, that angle has been touched upon with more consistency in Avenging Spider-Man and in the Superior #6U Age of Ultron tie-in, while Slott’s Spider Ock has been more interested in demonstrating exactly how he’s “superior” to his predecessor. Again, I’m not saying I didn’t enjoy these comics, but this premise has an expiration date. The events of Superior #8 have pushed this expiration date back for the time being. 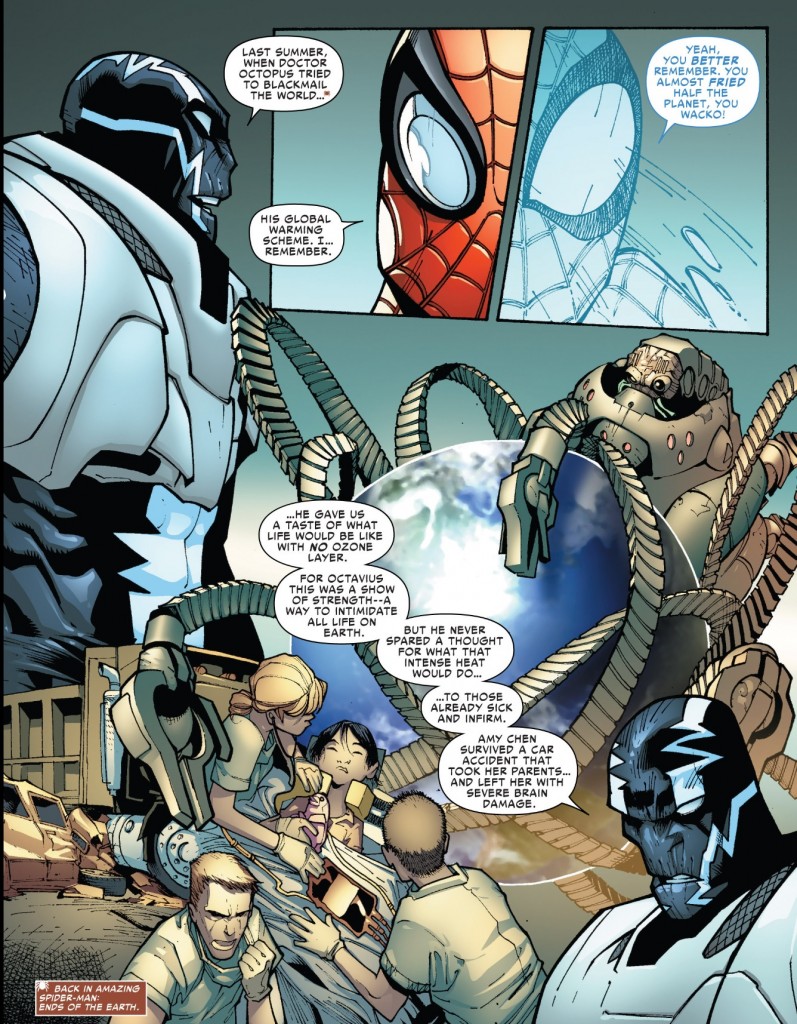 Spider Ock’s redemption in this issue works on two levels. For once there’s the realization that Cardiac isn’t as interested in stealing his technology as he is in healing some young kids who had some pretty serious diseases. There’s the satisfaction of Otto putting aside his own ego when it comes to machines and science for the greater good, especially since it was his own actions in the “Ends of the Earth” arc last year that exacerbated the situation for this little girl.

But ratcheting up the drama even further is the fact that Astral Peter’s mistrust of Otto is flat-out misguided. Slott is very smart here in demonstrating that if Peter was fully capable of asserting physical control over his old body, there would have been the blood of a child that otherwise would not have been saved on his hands. In every previous confrontation, Peter’s either commented on or physically interfered with Spider Ock to prevent a regrettable action (unjustified violence, murder, etc). This time, he has to accept the Spider Ock is using his power for purely good reasons. 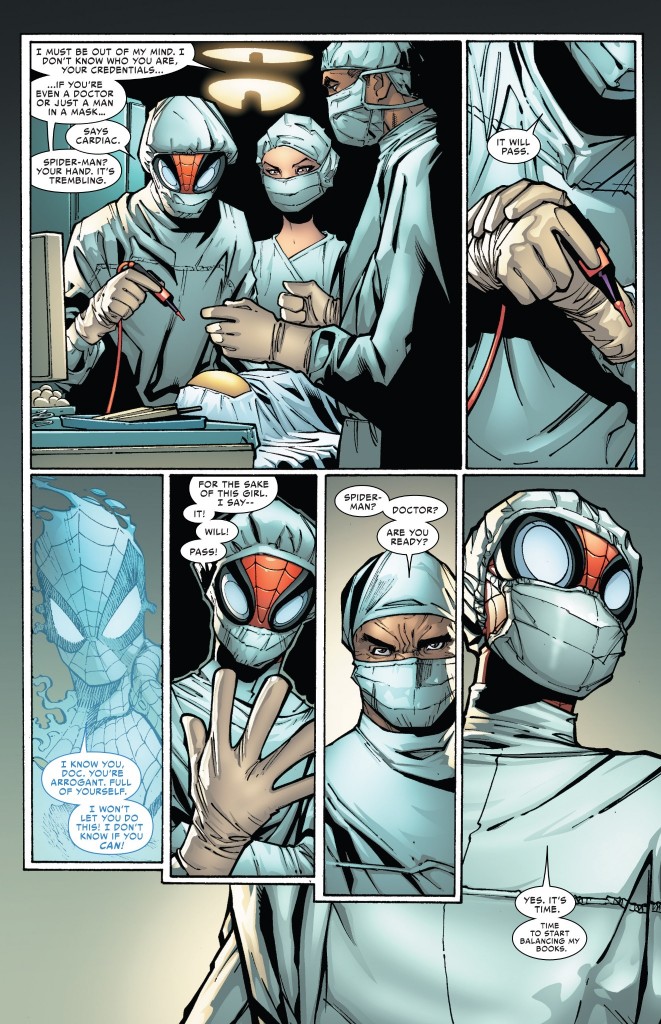 While Slott has used Otto’s voice to point out Peter’s shortcomings in the past, the reader was conditioned to believe that Doc Ock’s “enhancements” to Spider-Man’s power were just a reflection of his hubris and ego. Now, after this issue, we readers are faced with a very interesting dilemma regarding the state of Spider-Man: Yes, Peter is the moral center and has been via the pages of Spider-Man comics for more than 50 years now, but if Otto is capable of combining his own intellect with the power of Spider-Man to enact sincere good on the world, then maybe it’s really not such a BAD thing that he’s the guy inside the suit right now.

Granted, this entire premise can be flushed down the toilet in a heartbeat – all it takes is another instance of Otto murdering someone as Spider-Man, or laying the smack down on some pesky antagonist because he was having flashbacks about being bullied as a kid. Then there’s the whole “Parker-ectomy” Otto was promising at the end of the issue that looms very ominously for the future of Astral Peter. But just as Miles Morales has seemingly ingratiated himself into the Ultimate universe as Peter’s replacement, there’s a chance that the same could be said for Doctor Octopus of all people. I had my doubts throughout this entire series, but Superior #8 is making me rethink things. 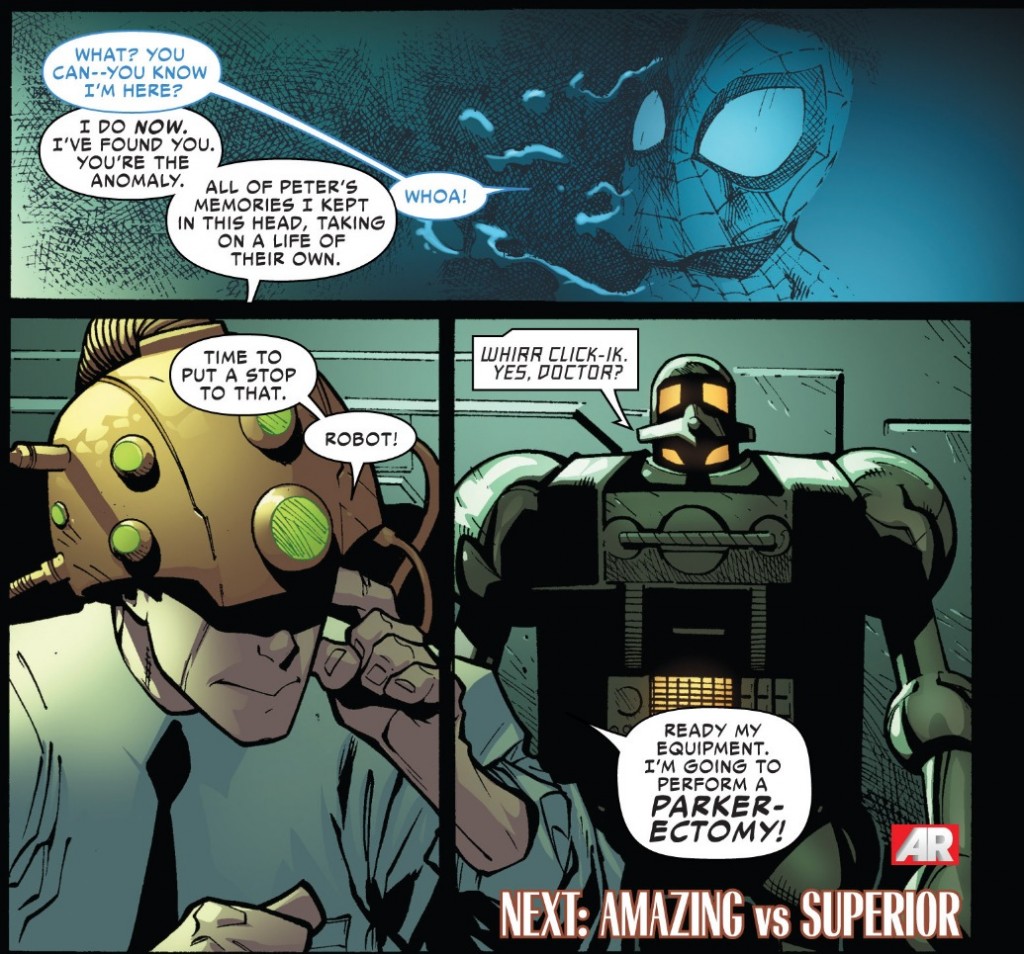 A few more notes on the comic: 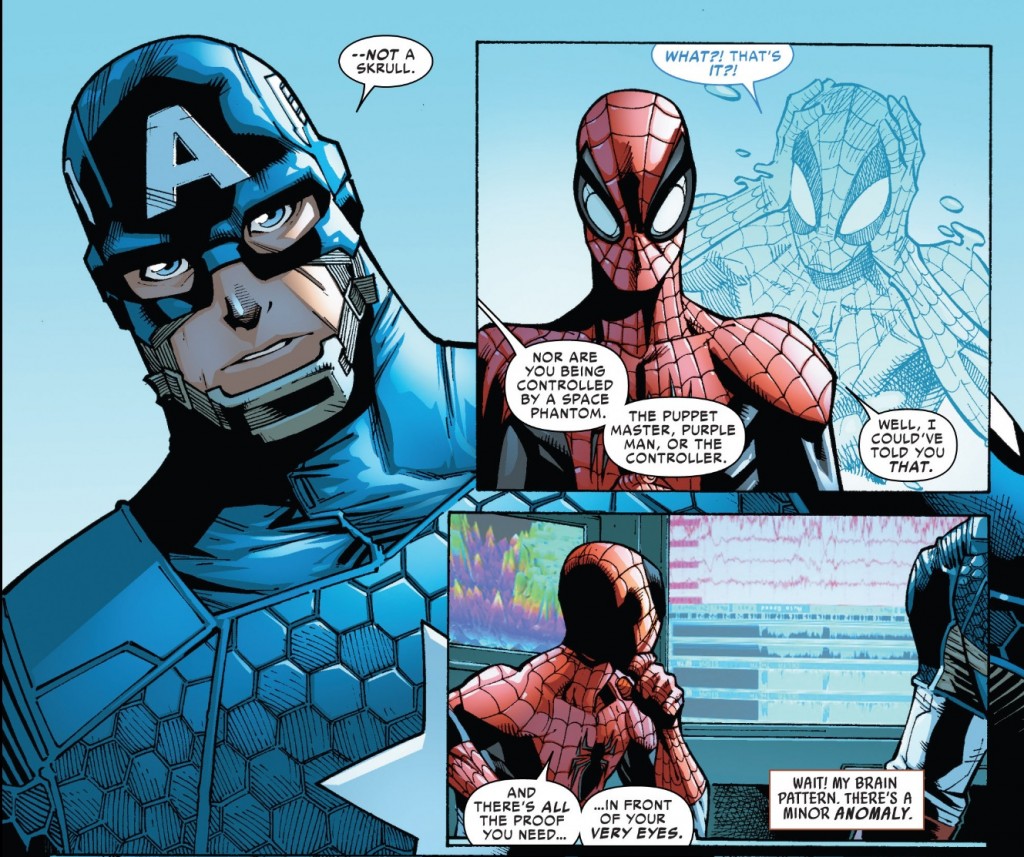