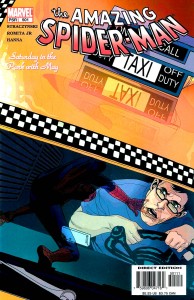 I understand that when I stopped buying and reading Amazing Spider-Man comics in the 1990s, I missed a lot of major storylines involving the fate of his clone and his family, not to mention the return of one of his long-dead rivals in Norman Osborn. So when I eventually got hooked back into collecting around ASM #500, I was incredibly confused by what I was reading.

No issue sums up my feelings of confusion any better than ASM #501, which, when looking back was really the punch in the jaw that made me realize “holy crap, I missed so much the past 8 or 9 years I almost don’t recognize certain elements of this series anymore.” What about this issue caused me to have such a strong reaction? Just a few words in the upper left hand corner, “Saturday in the Park with May.”

May? May? As in, Peter’s Aunt May? When I was last reading ASM, she died in a very teary, dramatic sequence in issue #400, setting up the nowhere-near-as-epic Peter Parker is accused of murder because his deranged evil clone Kaine set him up (who subsequently has his own comic book series now – go figure). And that storyline in turn led to the “who’s the real Peter Parker storyline” which made my entire interest in the genre exist stage left.

So when I first saw this comic, which I picked up online as part of a run that included issues #490-#501, my first thought was that this was some kind of flashback issue tied into the 500th anniversary issue (it’s not that unusual for an anniversary issue to feature some flashback stories, so perhaps #501 was just a continuation). But no, this story was in real-time, “present day” if you will and Aunt May was very much alive. And I had no idea how that was possible. 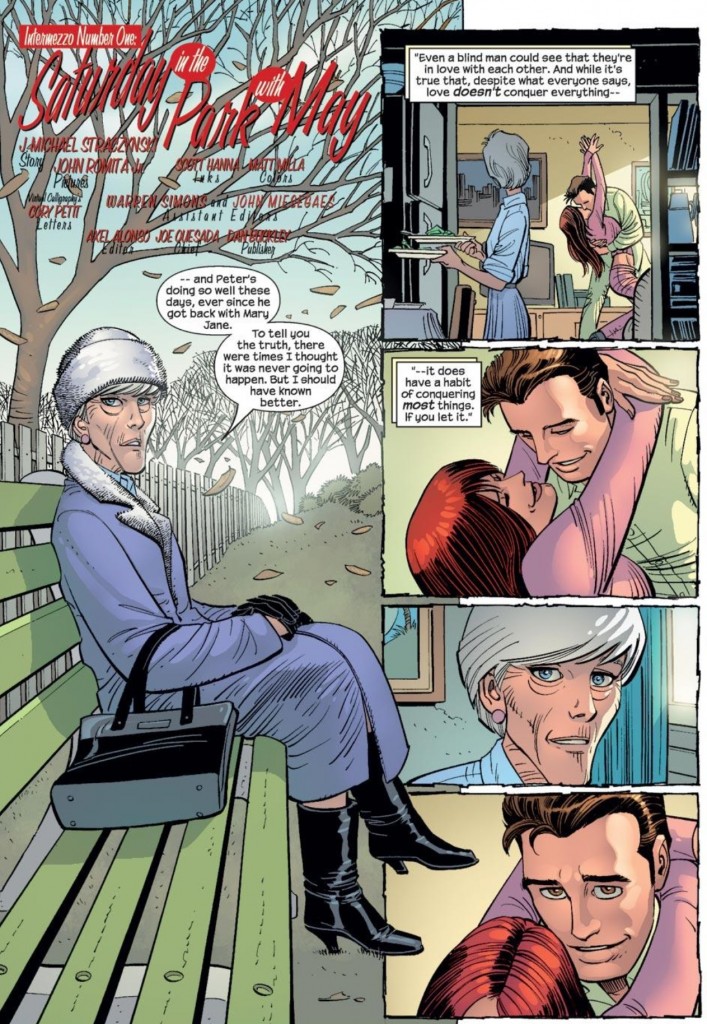 Through the power of Google and sites like Wikipedia, I’ve since learned – sorta – that as part of Osborn’s master plan of vengeance, he hired a look-alike to play May and “die” while the real May was being held captive. And that’s when I learned that when you go poking around a hornet’s nest known as 1990s Marvel, you’re bound to end up getting stung a bunch. Because that might have been the dumbest thing I’ve ever read in my lifetime as a comic book fan. 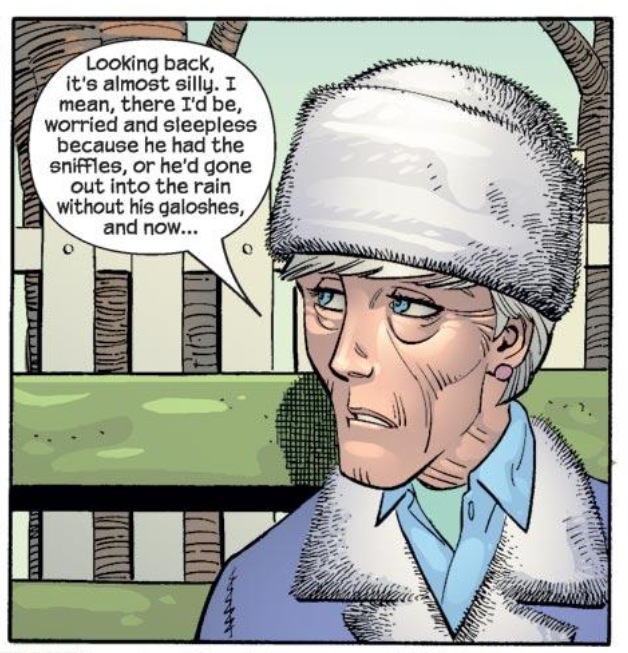 And thus ASM #501 is a reminder of another bitter reality of my Spider-Man collection: to own every issue of Amazing Spider-Man, means I need to own every issue of ASM, regardless of its quality or coherence. As such, if I was going to go back and purchase the issues that I missed during my collecting hiatus (not to mention all the Silver and Bronze age issues missing from my collection), that would require purchasing a number of issues that I don’t care for. Issues that would probably make my blood boil and have me questioning my fandom once I read them. 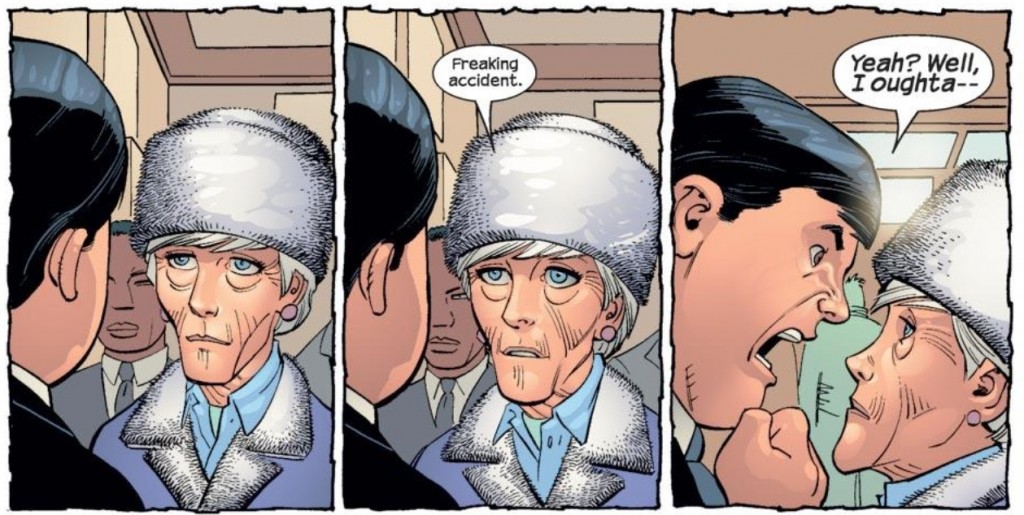 So to get around this moral quagmire I decided I wouldn’t read them. At least not right away, and in many cases, despite owning the entire run of ASM from #1 to about #530 digitized, I have continued to be ignorant of a number of these comic books from the mid-to-late 1990s. Does that make me less of a superfan? Maybe. Does that make a collector first and a reader/fan second? Possibly. Either way, there was a reason why I went from hardcore fan to non-reader as these issues were first being pumped out during the Clone Saga, and while my tastes have undoubtedly matured, I can’t imagine that would make me any more tolerant of some of the contrived and inane plot developments. 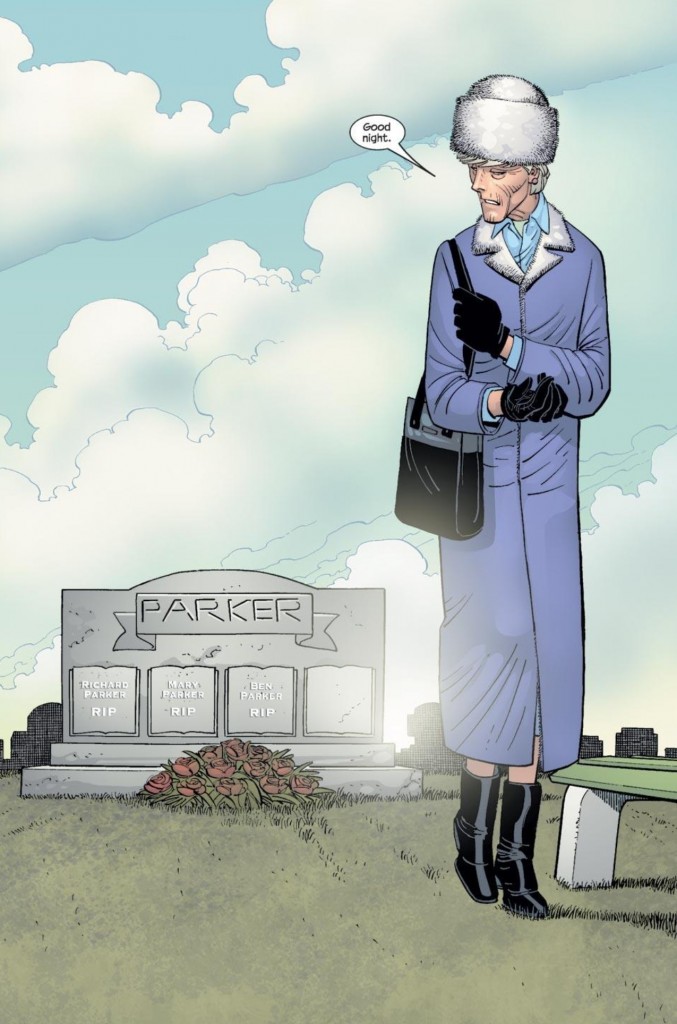 It’s a lesson that a quest isn’t always easy and fun and in the case of having a quest based around buying and collecting comic books – the pratfalls of such an endeavor aren’t just about finances and availability. In fact, there are a number of comic books from this era that I had to dig very hard to find, and drop more than I was expecting, due in large part to their low print circulation. But I did it to satisfy the needs of the quest. Doesn’t mean the comics satisfy my needs as a fan.