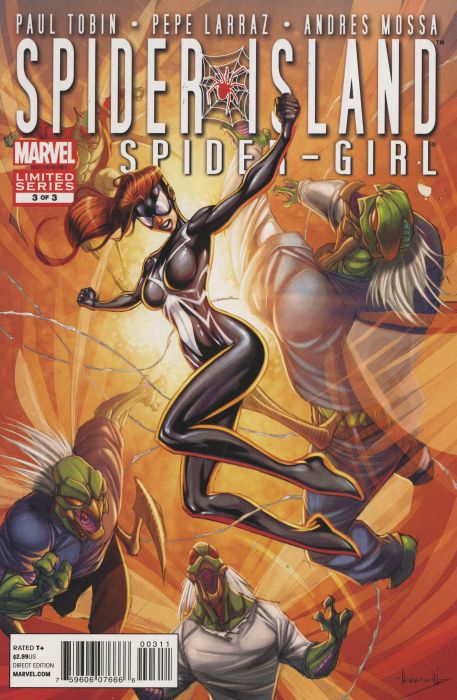 In the previous installment of Spider Island: Spider-Girl I talked about how we all seem to gravitate to a bad guy gone good (or as AMC’s Breaking Bad demonstrates, a good guy, gone bad). It’s those role reversals and change of characters, when executed properly, that are typically most fascinating from an entertainment standpoint because it shows depth, and range of emotions. That concept, as it pertained to one of the all-time great Spidey villains Kingpin, is what initially sucked me into this Spider-Girl miniseries. By the end of the second issue, Kingpin had offered an alliance with Spider-Girl against a common enemy. I had predicted by the time this series concluded, that Kingpin would have either double-crossed Spider-Girl or returned to the dark side in some fashion. What I didn’t expect was the third outcome – a show of mutual respect for the heroine. 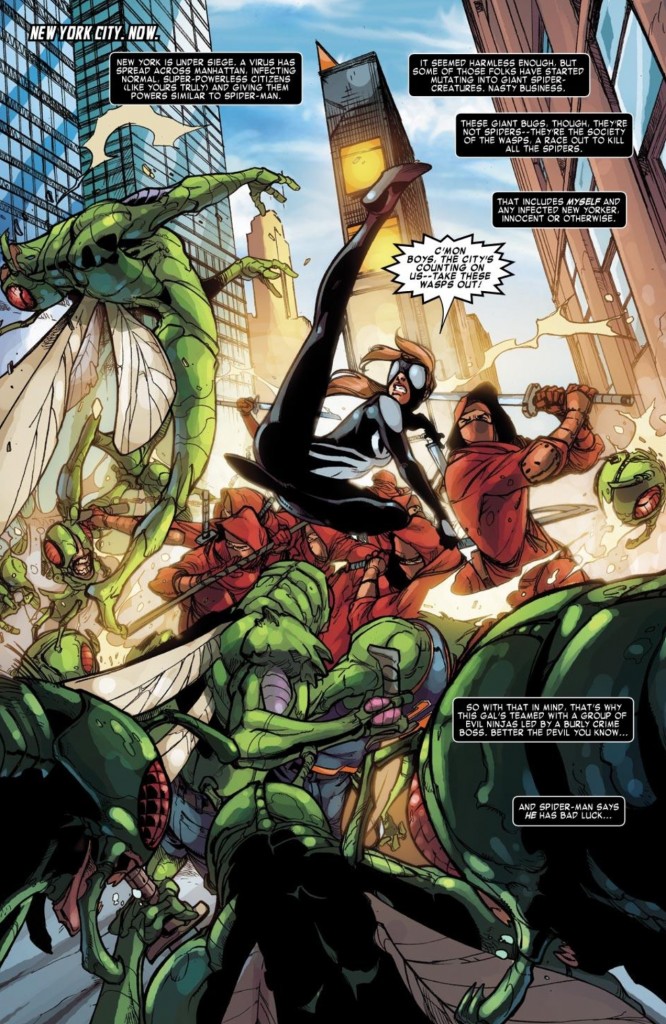 I’m still trying to determine if Kingpin extending a “anytime you want to join-up and kick some ass again” offer to Spider-Girl was an in-character kind-of-a-move. What we did learn was his turn towards “good” wasn’t really much of a turn at all. In the third installment of this series, Spider-Girl was constantly at odds with the continued ruthlessness exhibited by Kingpin, and moreso his hired-gun, Hobgoblin, against the city’s spider creatures. That was most certainly an in-character move as Kingpin has always come across as a guy who does whatever he can for the sake of self-preservation. That’s a common theme for any mob “boss,” to surround himself with successful people, regardless of ethics, but to never become too emotionally invested in an ally in case they ever outgrow their usefulness. The thing is, mob bosses, and Kingpin specifically, are ultimately “human,” so you still look for even the slightest inkling of a moral center, just because it evolves into sub-human to constantly operate unabashedly unethical. 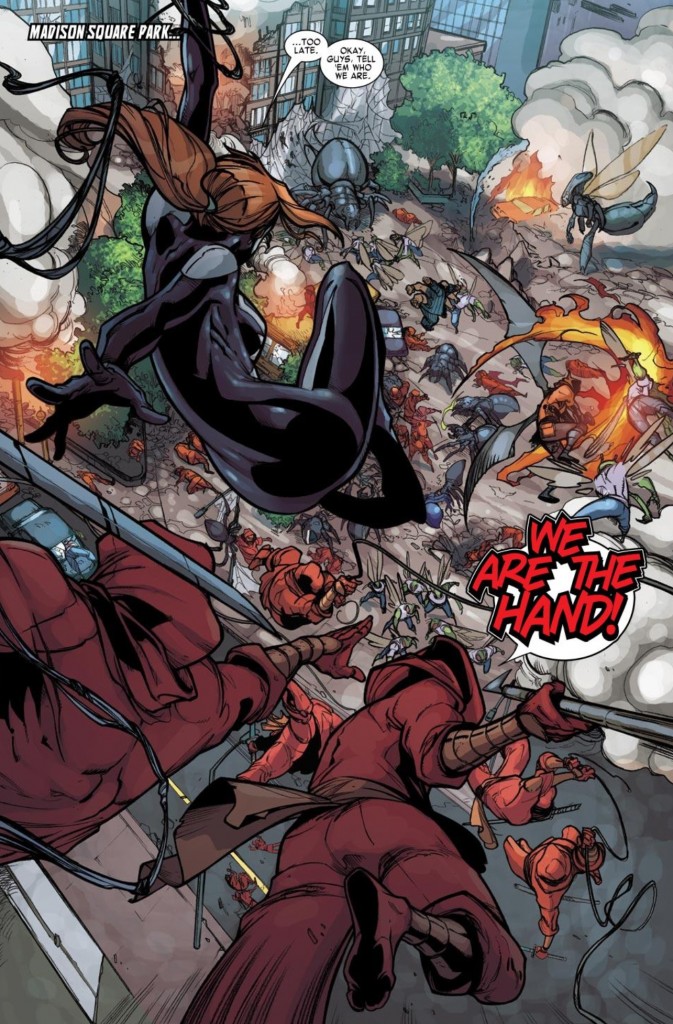 But back to Kingpin’s turn towards the end. It’s clear that once the Spider Island epidemic was resolved, that Kingpin was going to resort back to his life of crime, and Spider-Girl was clearly looking to continue as a force of good. So why even hint that the two of them could co-exist as partners down the line? From my understanding, it wasn’t even the clichéd offer from a villain to a superhero to “join forces and take over the world together.” It read more like a “hey, if you ever want to be my mercenary, let’s do this.”

What a move like this ultimately suggests is that Kingpin has potential as a “tweener” character down the road. Someone who could be brought in to work alongside a hero if it justifiably serves his personal needs. That seems logical, but I’m hesitant to believe that months from now, Marvel is going to acknowledge this potential evolution in character of Kingpin. He seems to operate way to well as a straight-villain. Granted he’s a complicated villain, with a very fascinating, human, back-story, but through after being responsible for a number of reprehensible and unforgiveable actions, affecting a wife-range of people, it would be difficult to accept him as someone who could make the occasional crossover to do-gooding. 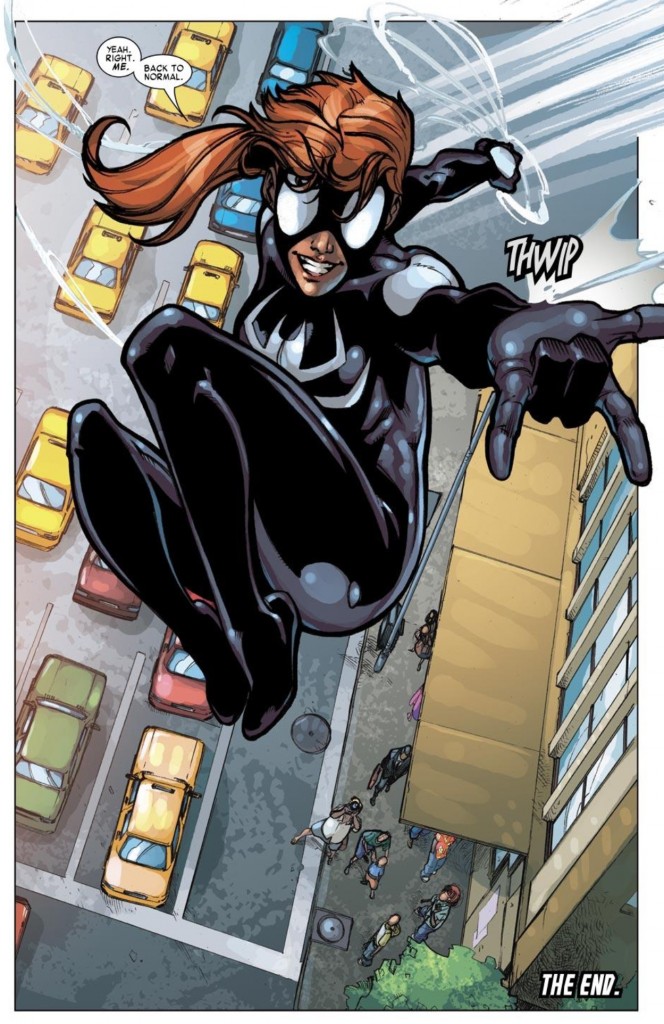