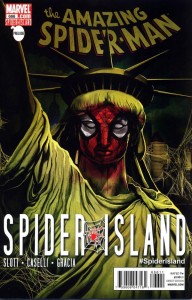 Perhaps the most significant recent change in the Amazing Spider-Man’s status quo is the fact that Peter Parker/Spider-Man finally seems to have his life altogether. Allowing Peter some happiness may go down as one of the most defining characteristics of the Dan Slott as head ASM writer era. But it’s clear from reading ASM #666, the prologue to “Spider Island” that Peter/Spidey’s happiness has all been one big set-up for this major crossover, which has been promised by Marvel to be one of the biggest and most consequential storylines to ever hit the title (we’ll see about that).

You could say that the opening pages to ASM #666 illustrates what some Spider-Man fans have been saying for quite a bit of time– Peter’s recent wave of success looks to be unsustainable. In addition to his regular Spidey duties, Peter has been a member of the Avengers, the new Fantastic Four/Future Foundation, holds down a full-time job with Horizon Labs, has a steady girlfriend in Carlie Cooper who he’s managed to deceive (for now) about his secret superhero lifestyle, instead convincing her that he’s just developing new technology for the web-slinger. Meanwhile, despite recently losing his Spidey Sense, arguably his most important and unique super power, Spider-Man has still found a way to be a successful superhero.

This really all can’t continue, can it? While I’m no sadist, one of the most important elements of the Spider-Man myth is the fact that his alter-ego, Peter, was never able to sustain success in his personal life because his responsibilities as Spider-Man have routinely got in the way. He was ostracized in high school and was never able to defend himself from his tormentors in fear that his spider strength could actually kill them. He’s had a hard time holding down a full-time job because of his Spidey duties and could only make extra money for himself and his ailing Aunt May by setting up a camera at the sight of his Spider-Man battles and selling those photos to J. Jonah Jameson, the newspaper editor who then used those images to smear Spidey’s reputation. Forget about a love life. His first crush, Betty Brant, blamed Spider-Man for her brother’s death, his first great love, Gwen Stacy, died when Spidey’s nemesis, the Green Goblin killed her, and Peter’s marriage to his other great love, Mary Jane Watson, was wiped from the record for various reasons, none of them which were overwhelmingly justifiable. It’s rare to ever watch Peter/Spider-Man have it all – the good reputation, popularity, the girl and the job. 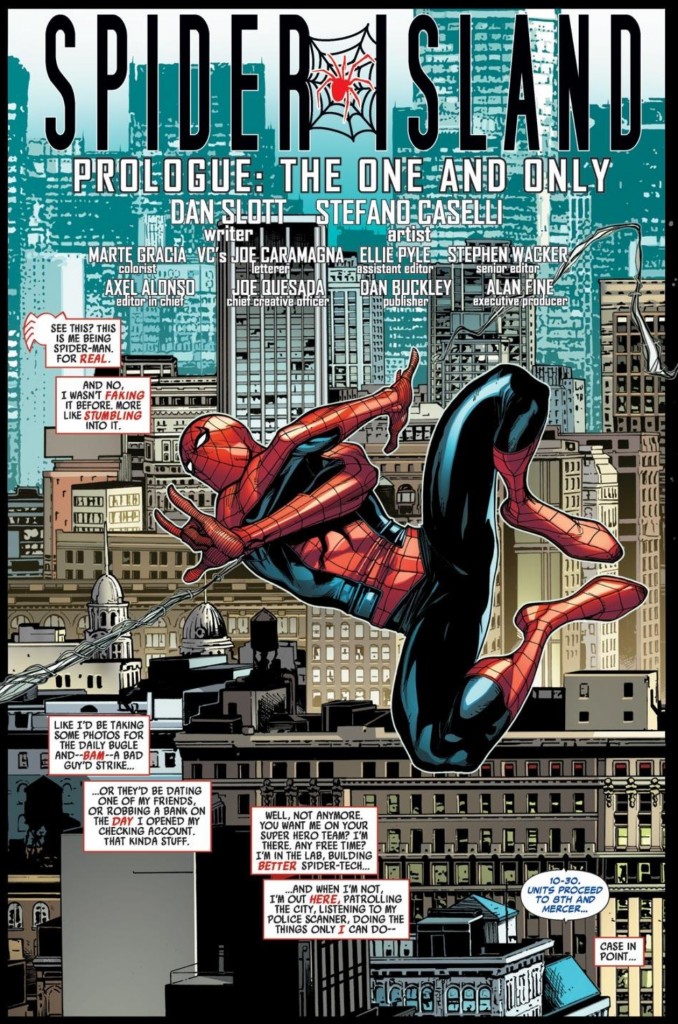 That’s not to say that I’m being nostalgic for the post-Brand New Day Peter, who was so pathetic, the character was bordering on unlikeable. You can only drum up so much sympathy for someone who just can’t get out of his own way and watching Peter find new ways to screw things up was not an enjoyable exercise. There has to be a balance here. Spider-Man is a hero, but he’s a relatable hero.

More recently, I’ve been sitting back and waiting for the shoe to drop with Peter. And if Slott’s going to do it – there’s no better time than with your premier summertime “Spider Event” that’s going to incorporate a truckload of other Marvel heroes such as The Avengers, Cloak and Dagger, Herc, the new Flash Thompson Venom, and more. 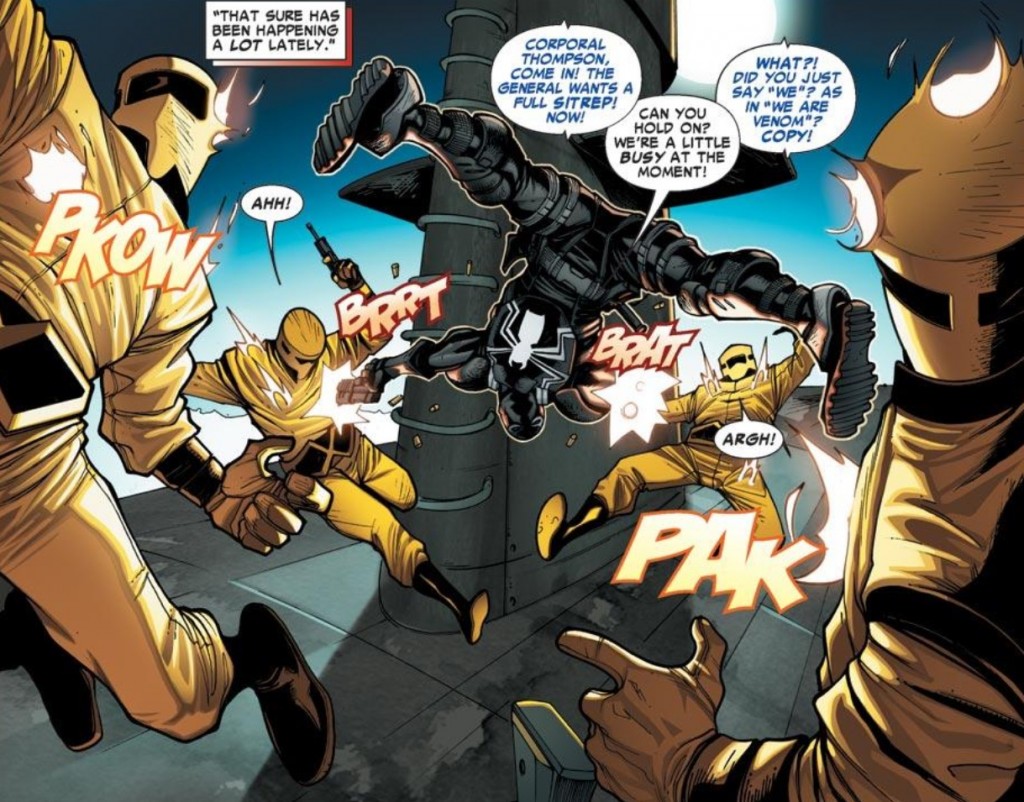 What gives me faith in Spider Island’s overall effectiveness is the apparent slow burn approach Slott is taking here. He has been building up this character for a number of issues now, giving him more complexity and layers. Amazing Spider-Man has a “special” feel to it again – that in any issue, on any page, something significant from a storyline level may be introduced or changed.

And the premise behind “Spider Island” runs right up against Slott’s multi-faceted groundwork. In this series, a new virus spreads around New York City, giving all of those who have come into contact with it special “spider” powers. Spider-Man has long been one of Marvel’s most unique characters – so how is Peter Parker going to adapt to others having an identical skillset? 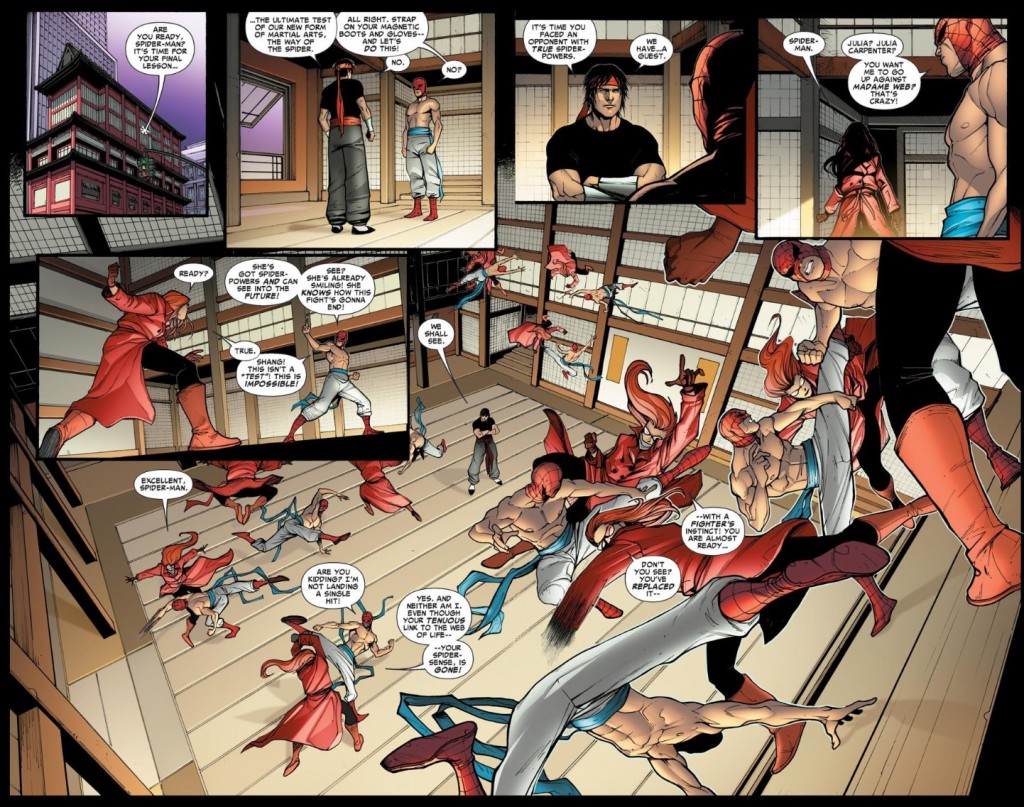 The timing of this event is also perfect from a storytelling standpoint. Those who question how it was possible for an outbreak like this to occur on Spider-Man’s watch need to only read the last 15 issues or so to fully understand just how overbooked and overstuffed Peter Parker’s life is. And without his Spider Sense to guide his intuition, Peter is going to be even more blindsided by the coming epidemic.

Now, there are some early indicators that give me some pause – most notably the involvement of The Jackal, a supervillain who may be best known for being the guy who engineered multiple “clone sagas” in the Amazing Spider-Man universe. Have I mentioned lately how much I detested the 1990s Clone Saga? Slott can’t let Spider island run off the rails and become a bogged down, overcomplicated mess like his predecessors in the 90s did with the Clone Saga. To make that mistake again has the potential to destroy the remaining ASM readership. Remember, it’s possible to change the status quo up again, without thumbing your nose at nearly 50 years of comic book history. Again, going back to that whole “slow burn” approach with Slott, I trust he’s going to tell the best story he can, not the most outrageous. You don’t introduce major “event” storylines like Spider Island without cracking a few eggs in the process. Slot just has to be careful to crack the right ones, and sadly, the Jackal has been associated with some pretty bad Marvel eggs in the past. 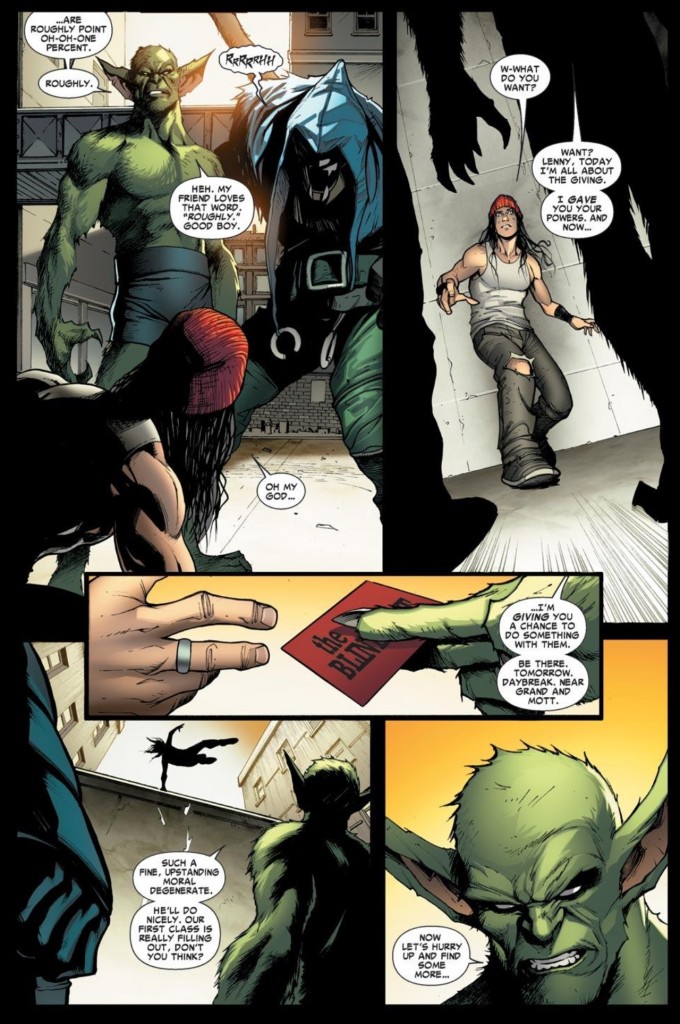 The other thing to remember is that Spider Island is an Amazing Spider-Man storyline first and foremost. Marvel is planning on tying this series in with some other established titles, and with some brand new miniseries and one-shots. That’s all well and good, but the focus inside the pages of ASM has to remain on Spider-Man and his most immediate circle of associates and villains. What immediately comes to mind as I mentioned this point is what a diluted, overstuffed mess the 1990s Maximum Carnage storyline became. Those who remember that series well will remember all of the guest appearances in that series – Venom, Captain America, Deathlok, Cloak and Dagger, etc. More recently, we saw Slott and co. get away from focusing on Spidey during the crossover with the new Future Foundation series. Some of those ASMs read more like Fantastic Four comic books than Spider-Man tales. If I want to read about how Spider-Girl is affected by the Spider Island virus, then I should expect the focus of such a storyline to be found in that miniseries, not in the pages of ASM. Think about it this way – I’m actually advocating for Marvel to try and sell as many different comic book series as possible, rather than cram it all in to ASM. Look at me trying to stimulate the economy! 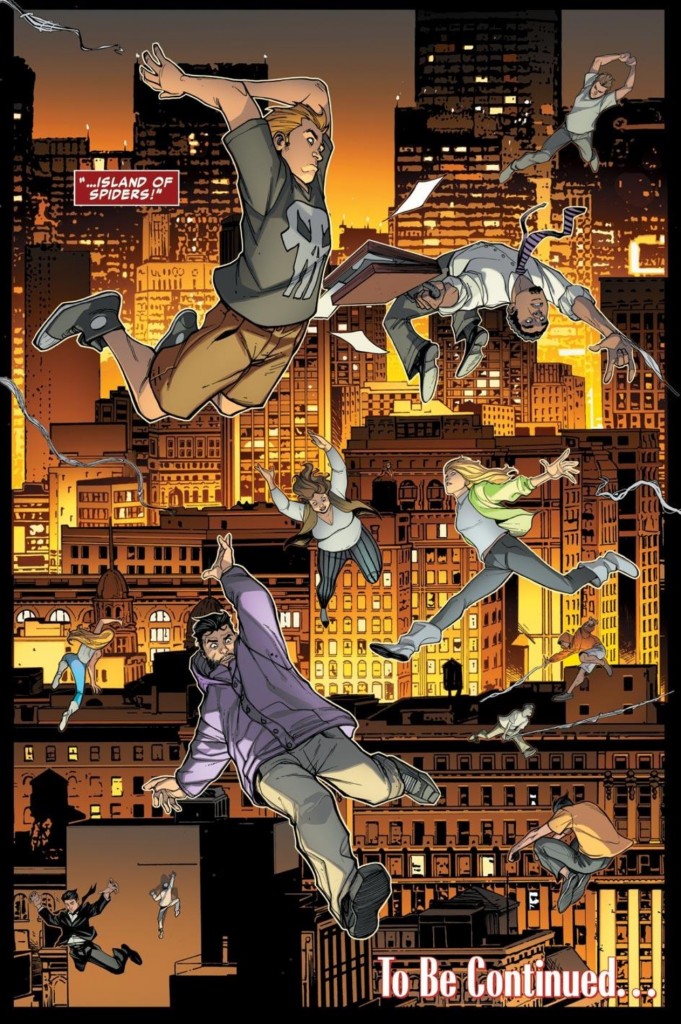 But again, after reading ASM #666, my expectations are high here. There’s definite potential here, and I’m looking forward to read this storyline, and all of the connected miniseries. I’ll attempt to post musings on as many of these connected storylines that I deem to be appropriate, and if any of you have any suggestions or ideas of what you’d like to read about, leave a comment.