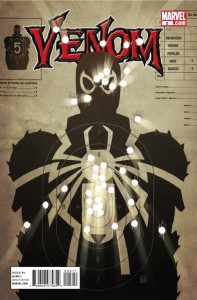 If I’ve learned anything from popular culture is that a fictitious bully character has to have a back-story that generates a little bit of sympathy, or at least a better understanding of why the bully bullies. Considering there have been plenty of real-life cases of bullying where they bullies bully because they CAN, not because of any justifiable reasons, I don’t always grasp why TV, movies, books, etc. keep coming back to this well, but they do, some with more effective results than others.

The latest issue of Venom appears to be the latest case of providing a richer back-story for a fictitious bully, though to Marvel’s credit, this Venom series is the most I’ve cared about the Flash Thompson character in years. Casting the high school bully from the Ditko/Lee era of Amazing Spider-Man as a government operative controlled by the alien symbiote is a bold choice. Flash has evolved considerably from his one-dimensional beginnings where he existed primarily to torment Peter Parker without any real chance of retribution (since a spider-powered Peter would have likely killed Flash if he wanted to). Today, as a paraplegic war hero, Flash is the first legitimate “good guy” to wear the Venom symbiote, but he has enough demons in his past where the sinister affects of the symbiote have a ripe host to wreak havoc on.

By describing Flash’s relationship with his alcoholic father in Venom #5, it appears that writer Rick Remender is establishing even more relevant demons so when Flash inevitably loses mental and emotional control to the symbiote, his coming evil streak will not seem unexpected. Readers already got a glimpse into that side of Flash-Venom in issues #3 and #4, when the symbiote pushed Flash hard enough to turn on Spider-Man, despite Flash being a long-time champion and fan of Spidey. 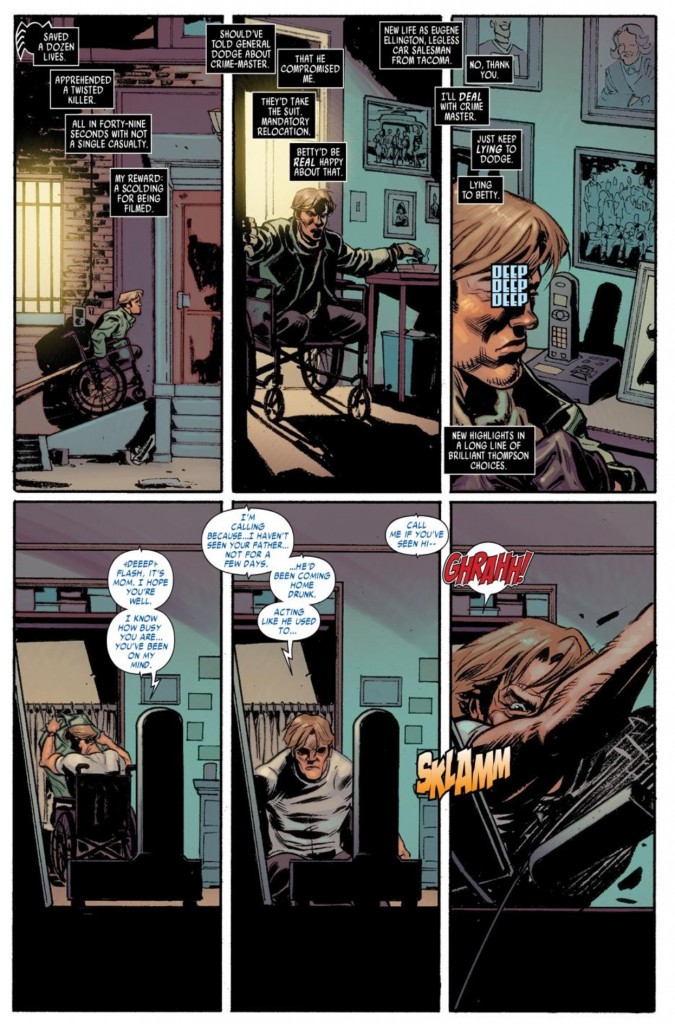 The character-driven story about Flash having to find his abusive drunk father also helps illuminate more about why Flash was the way he was in high school. His father’s disparaging use of the term “Sonny Boy” mirrored Flash’s old stand-by putdown for Peter back in the day, “Puny Parker.” Flash’s inability to win any positive favor from his father seemed similar to how even as Peter’s confidence grew in high school and college – dating knockouts like Gwen Stacy and Mary Jane Watson – Flash, the bully, was always ready to bring him back to his “wallflower” roots with some kind of verbal jab. 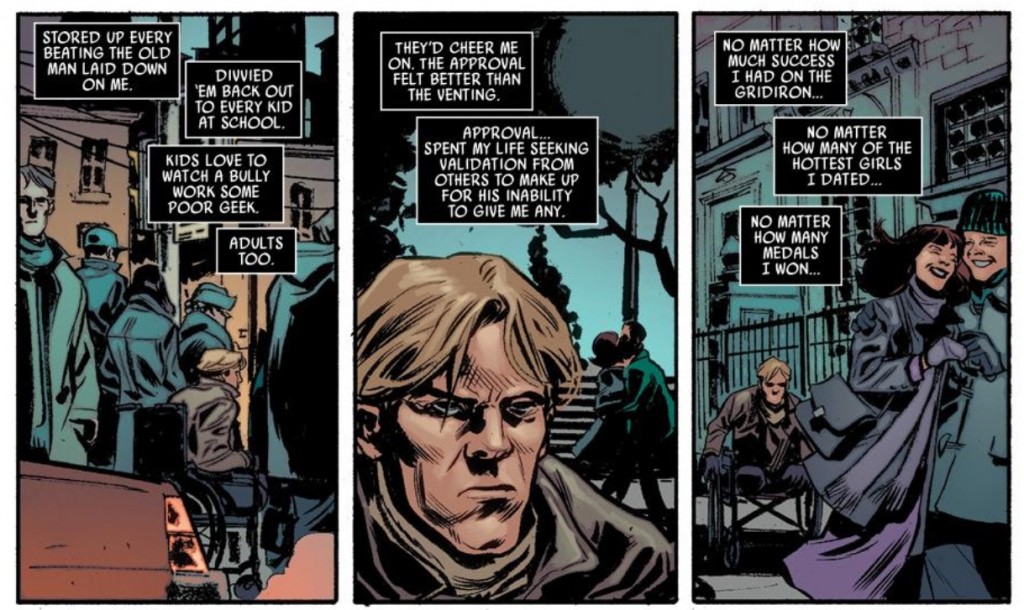 What makes Remender’s story in Venom #5 so powerful is how Peter is there with Flash as he searches for his father, seeing his former bully’s anguish firsthand. Peter reminds Flash that he’s grown tremendously and he’s not the bully and the lowlife that his father has been. Watching Flash unpeel his emotional layers skin-by-skin and getting to the core of what made him a bully for all those years has to be difficult for Peter as well, but that’s what makes him a hero: not harboring resentment towards any person and seeing them for what they are, not what they were.

The question becomes, as Flash continues to bond with the Venom symbiote, will he be able to see the complexity of the people around him through the same lenses of Peter, thus making him a true “good guy,” or will he submit to the darker side of the symbiote, and be just another Venom villain?