One of the biggest changes involving the Venom character since his inception in the late 1980s is the changing of the guard of-sorts involving who is actually wearing the black alien symbiote. Eddie Brock, the original Venom, has separated himself from the symbiote and his superpowered alter-ego is known as Anti-Venom. However, the symbiote continues to exist throughout the Marvel universe, giving its Spider-Man like powers to others, such as Mac Gargan, who used to go around as the costumed supervillain, Scorpion. 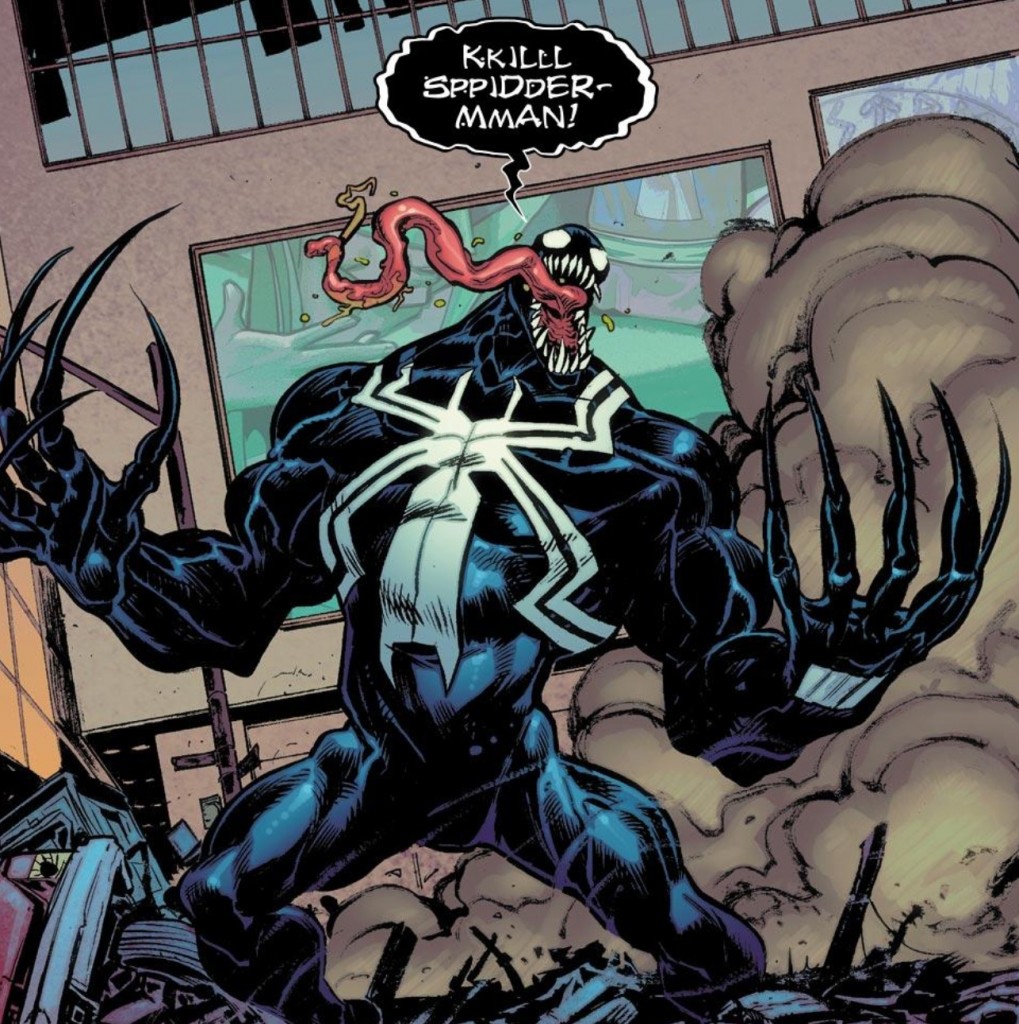 I’ve always had a difficult time calling whoever was in possession of the symbiote “Venom.” Tracing back to the character’s origins, Venom, as I’ve noted in my other posts this week, is the marriage between two living beings both housing a psychotic hatred of Spider-Man – the symbiote and Eddie Brock. Brock dubs the marriage “Venom” because he’s literally referring to himself as the venom that will kill Spider-Man. Once the symbiote is off Brock, it obviously still wants Spidey dead, but joining itself to other villains like Gargan doesn’t necessarily make the new creature “Venom.” It’s something else entirely.

Which is why I was initially very skeptical when I read that Marvel was going to be launching a new comic book series, Venom, starring old Spider-Man character Flash Thompson. Flash,, who is one of the first supporting characters to appear in the Amazing Spider-Man, was Peter Parker’s school yard tormentor who comically enough was also Spider-Man’s number one fan. As time wore on, Peter and Flash eventually mended their differences and Thompson, tragically enough, was very seriously wounded while serving in the military. In this new Venom series, which debuted a few months ago, Thompson is healed as he adjoins to the symbiote for a government mission but is warned that he must complete his mission within 48 hours or risk being permanently bonded to the alien. 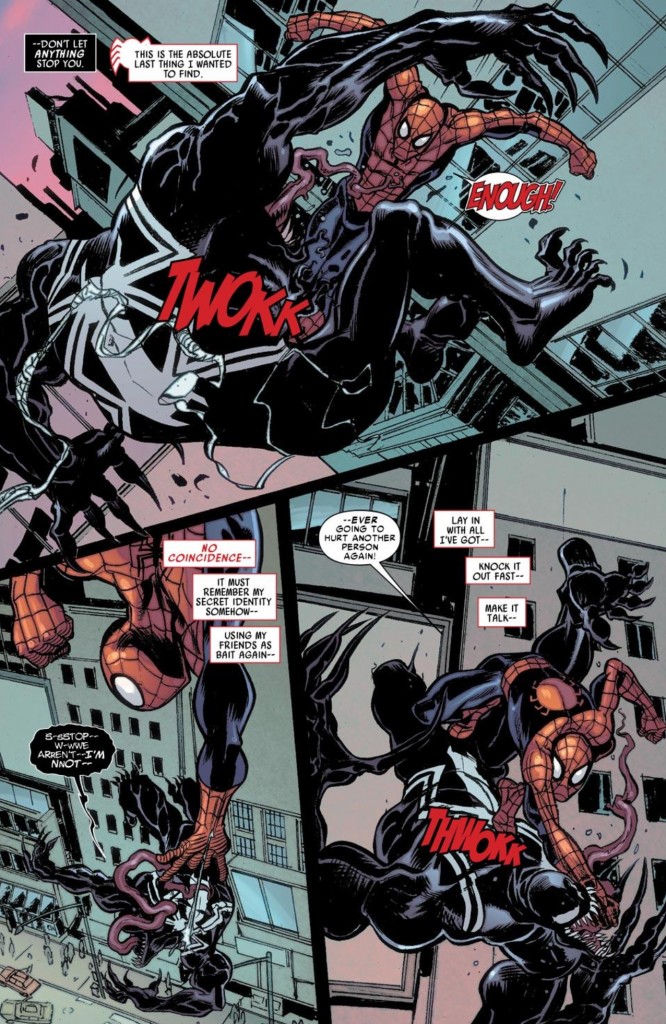 I flipped through the first few issues of the Venom series in the comic book store and saw he was fighting old-school Spidey villains like Kraven the Hunter and the Crime Master, but my interest wasn’t piqued until I saw in issues #3 and #4 that Spider-Man had confronted Venom, not knowing that Thompson was the one wearing the symbiote (long past the 48-hour mark, mind you).

After reading these two issues, I was pleasantly surprised by some of the dynamics the series had introduced, and I’m now planning on sticking with it for the foreseeable future – at least through the planned “Spider Island” crossover with ASM which is set to debut over the next few weeks/months. 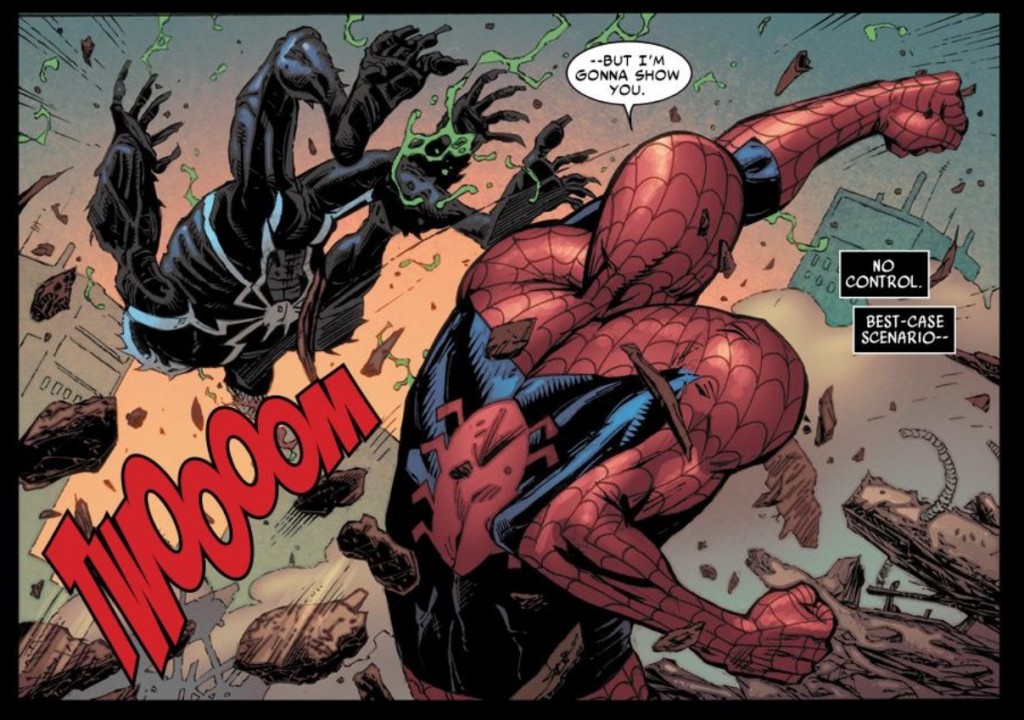 Two things specifically worked for me in the series’ 3rd and 4th issues. For one, unless I’m forgetting about a couple of storylines (which is always possible since there have been collecting/interest gaps on my end in the Marvel product over the past 20 years), this is the first time a character who holds no ill-will towards Spider-Man has combined with the symbiote. This creates conflict for both Flash and Spidey. Flash is trying to fight the symbiote’s wishes to kill Spider-Man since the web-slinger has long been his hero, and Spidey sees Venom as a threat since he has no idea what kind of sociopath is wearing the costume. When Betty Brant is kidnapped in the issue, Spider-Man automatically thinks that the symbiote is behind her capture in an attempt to lure Spidey into battle. Venom/Flash meanwhile doesn’t understand why Spider-Man is accusing him of this crime. The layers of conflict create an engaging story.

The other element I really enjoyed about this new issue is Flash shrugging off the dangers of the symbiote by saying things would be different with him since he’s a “good guy.” Flash is obviously not the first person to adjoin to the symbiote and claim he’s doing “good.” That was part of what made Brock’s Venom so fascinating since he thought it was his duty to destroy Spider-Man and protect all of the “innocents” in the world from the web-slinger. But whereas Brock was mentally unstable, Thompson really is one of the good guys, yet even he can’t fight off the violent urges of the costume. 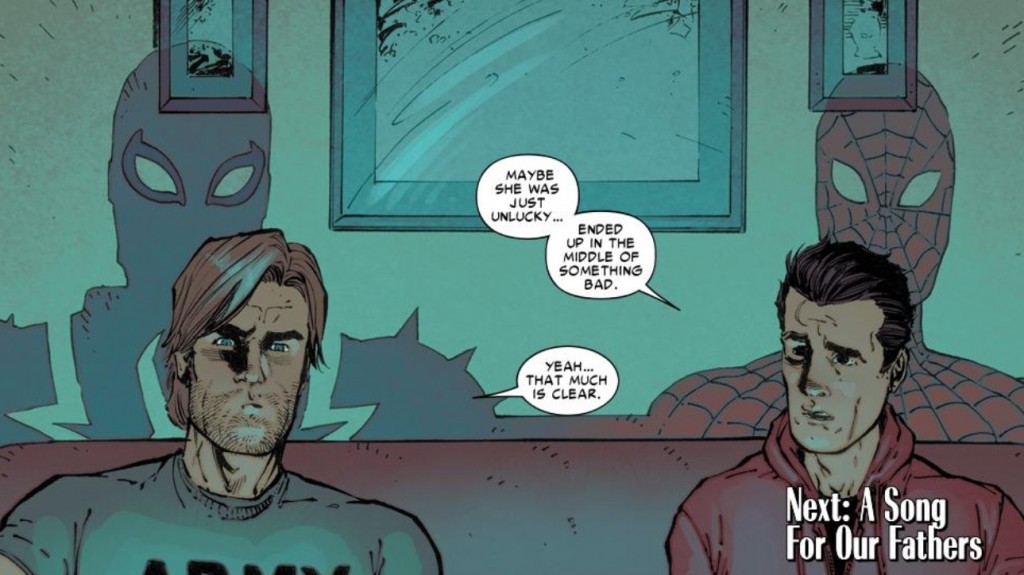 Which brings me back to what I was first saying about calling the character “Venom.” It’s hard to accept a character who is struggling so mightily between his own good-nature and the symbiote’s deep-set hatred of Spidey as the lethal “venom” that will kill Spider-Man. What Marvel has created is actually something more interesting than another Venom, and I’d rather see them embrace what’s so unique about Flash and the symbiote instead of categorizing the character as just another villain in a black suit.