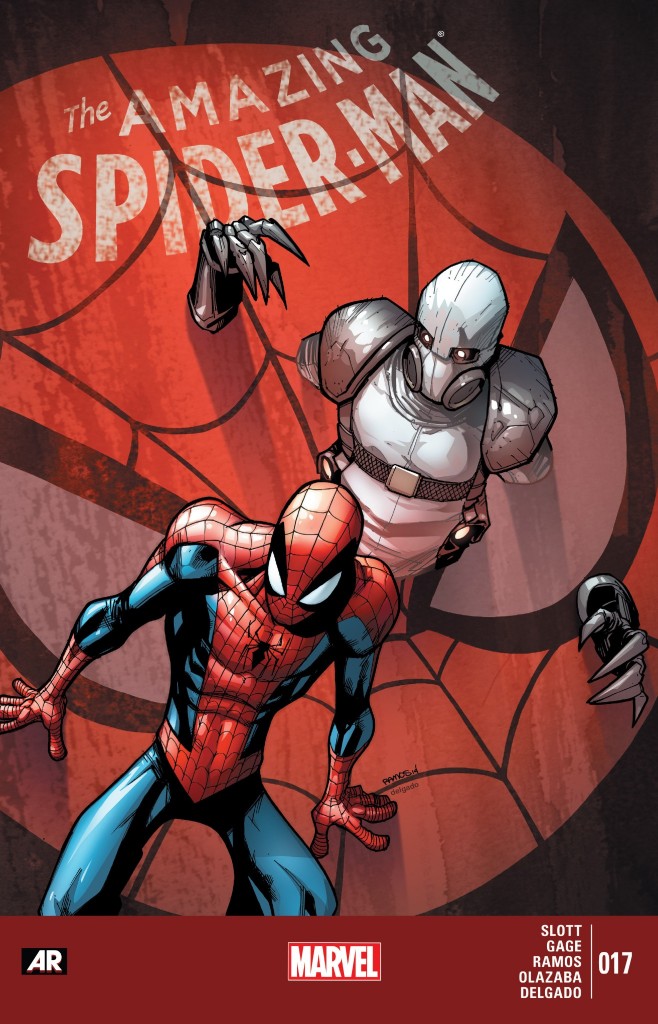 I can’t remember the last time I was at a place of just sheer indifference with Amazing Spider-Man. We’re now a few issues past the conclusion of “Spider-Verse,” a storyline that elicited a rather visceral reaction from me, and a few installments away from “Renew Your Vows,” which will revisit one of the most controversial editorial decisions in comic book history and is being promoted as “the last Spider-Man story ever.” And we’re just slogging through a three-part arc about Parker Industries and the Ghost — otherwise known as two things I don’t care much about, Alex.

It’s not that this current story is abjectly bad, but it also reads like we’ve been getting nothing but set-up from Dan Slott and Christos Gage for two straight issues. I understand how the creators are trying to build a bridge between Peter’s experiences during “Spider-Verse” and his sudden injection of confidence in leading Parker Industries, but the entire weight of this premise rests of two ideas: 1) establishing Peter as a competent leader during “Spider-Verse” and 2) being emotionally invested in the fate of a company Peter wasn’t even in control of his body for when it was started in his name. 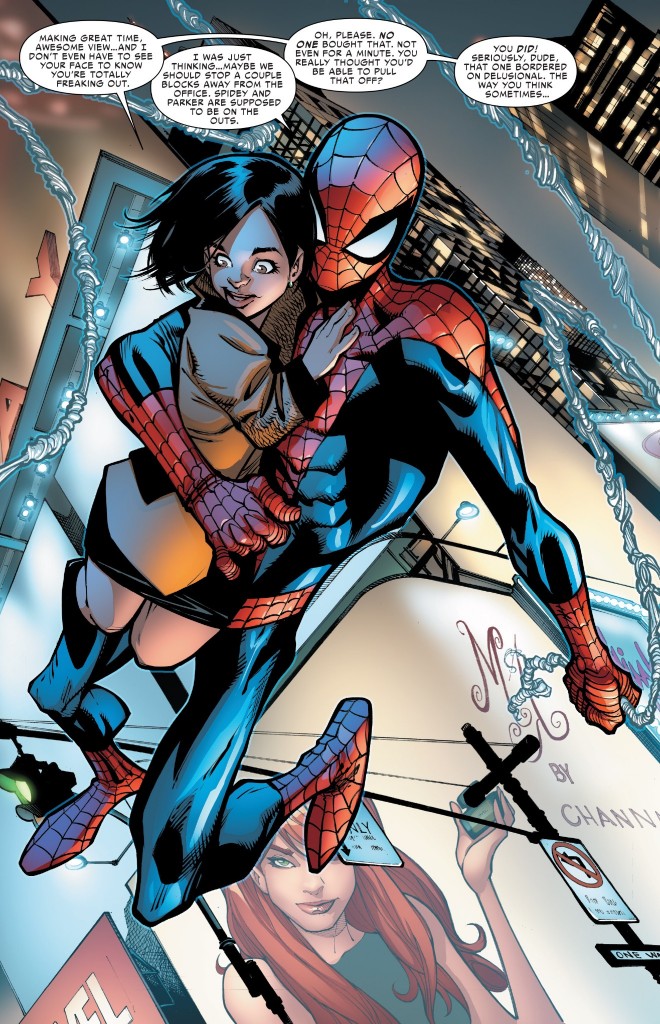 Since I continue to disagree with the idea that Slott demonstrated No. 1 and since I fail to care about No. 2, this arc reads like nothing more than some random, non-symbiote David Michelinie/Mark Bagley story from the early 1990s. I’m half expecting Cardiac and the crew from “Round Robin” to show up to spice things up.

On the positive side, likes its predecessor, Amazing Spider-Man #17 does offer up a few decent character moments, and gets a few extra bonus points for building a story that utilizes mostly Peter Parker, but very little actual Spider-Man. Anna Maria might still be a bit of a polarizing force for some fans, who continue to see her as just another “Mary Sue” type character created by Slott, I couldn’t help but be be entertained by the juxtaposition of her pragmatic, logical approach with Peter’s overwrought, overcomplicated mumbo jumbo. Yes, as Spider-Man, Peter is able to think fast on his feet and roll with the punches — characteristics that Slott has illogically moved away from since Spidey made his return last year. But even dating back to the Silver Age, Peter, out of costume, is a completely different person; one that is frequently finding ways to justify his secret dual identity, thereby making his superhero/life balance all the more precarious. 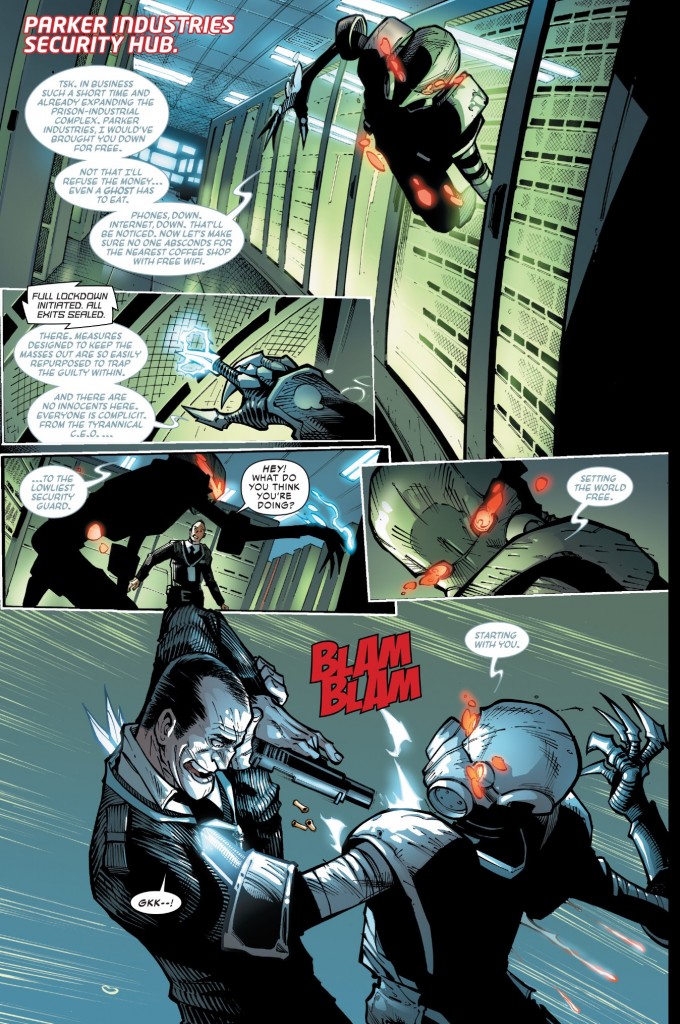 Anna Maria’s pleas for Peter to just shoot straight, not keep secrets and admit things like the fact that they’ve broken up or that he still has a “connection” to Spider-Man, are refreshing. Sure, Anna Maria is still a bit too “wow isn’t this girl just the best” for my taste, but I still prefer this level of characterization, to the alternative, i.e. Slott’s take on Silk which was to make a character as insufferable as possible but then still beat people over the head with the fact that she’s peachy keen … just trust us.

This is not some kind of ringing endorsement. I guess at this point when it comes to Slott’s Spider-Man, I’m just trying to make some compromises in order to derive some level of enjoyment from these comics. The protagonist of this story continues to be a doofus, with everyone else around him seemingly knowing more and being considerably more aware. These are characteristics that do not seem to change regardless of who is currently operating as part of the supporting cast. So I might as well tip my hat to when an interesting moral like, “Peter, not everything has to be a secret” get brought up by someone in the cast. Small victories. 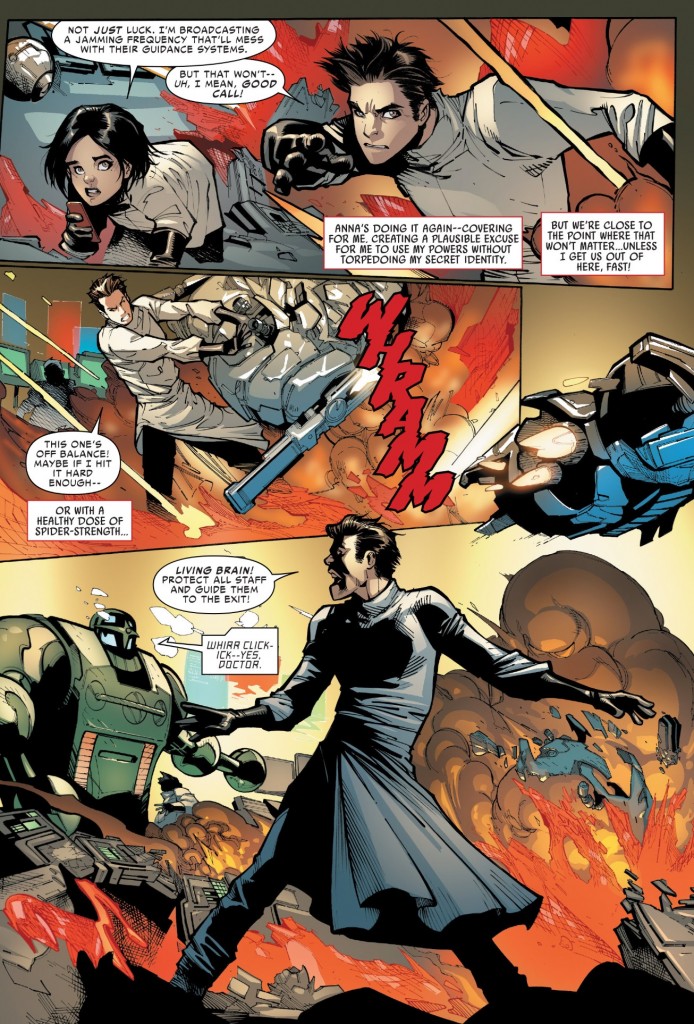 Otherwise, ASM #17 continues to suffer from many of the same issues that have dominate the 16 previous installments of this rebooted series. The resurrection of ideas that were introduced, dropped, and then reintroduced again as if we’re supposed to truly care like the presence of Clayton at Parker Industries; characters, such as Sanjani, whimsically changing their motivations in order to serve story; and scattershot pacing  that feels like too much standing around for a comic that’s supposed to be action-heavy.

I won’t get too worked up over Clayton, but will make a point about Sanjani. I’ve struggled to write much about this character from the very beginning because I have no idea what Slott is angling to accomplish with her. She’s inherently unlikeable, which I guess is the point. But, the reader is not even getting a morsel of a reason to identity or engage with her duplicitous ways. What am I supposed to understand about the reasoning behind her utter disdain for Peter’s supervillain prison plan? And for someone who cuts plenty of deals with bad guys like Black Cat and the Ghost, Sanjani appears woefully ill-prepared to actual build a competent alliance against Peter. 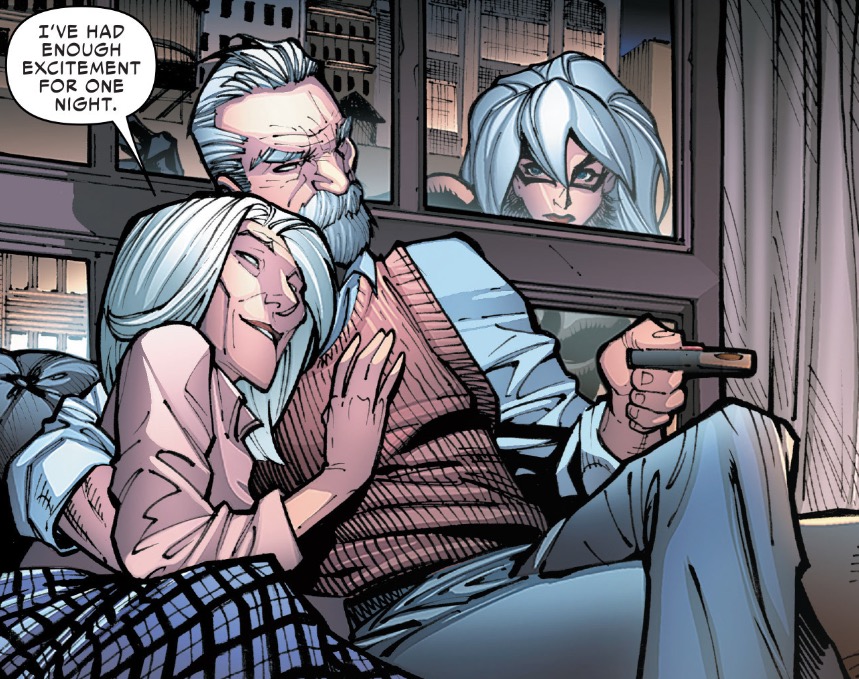 A well-crafted villain must not only convey to the audience why he or she believes her actions are justified, the character must also find a way to get the reader to consider the justification of his or her actions. You get that with characters like Norman Osborn or Doctor Doom, who are undeniably evil, but still make you think a moment before you write them. Sanjani overs none of that.

As for the pacing of the issue, it felt to me like Slott and Gage were spending far too much time telling the reader how Parker Industries was under attack, rather than just advancing that portion of the plot and tackling something else. Certain beats are repeated — like Peter marveling at how Anna Maria can come up with excuses on the fly which help explain away sudden bursts of super strength or agility. But it’s kind of amazing to me that this comic can spend the bulk of its pages playing out one critical scene, that would have been covered in two-to-three pages tops in the Roger Stern era. When Stern write “Nothing Can Stop the Juggernaut,” the action was constantly moving. I think with the current regime, we would have dedicate an entire issue to Spidey and Juggernaut in the cement pit. Slott is not traditionally someone I peg as being a decompressed writer, but I guess there’s a first time for everything.