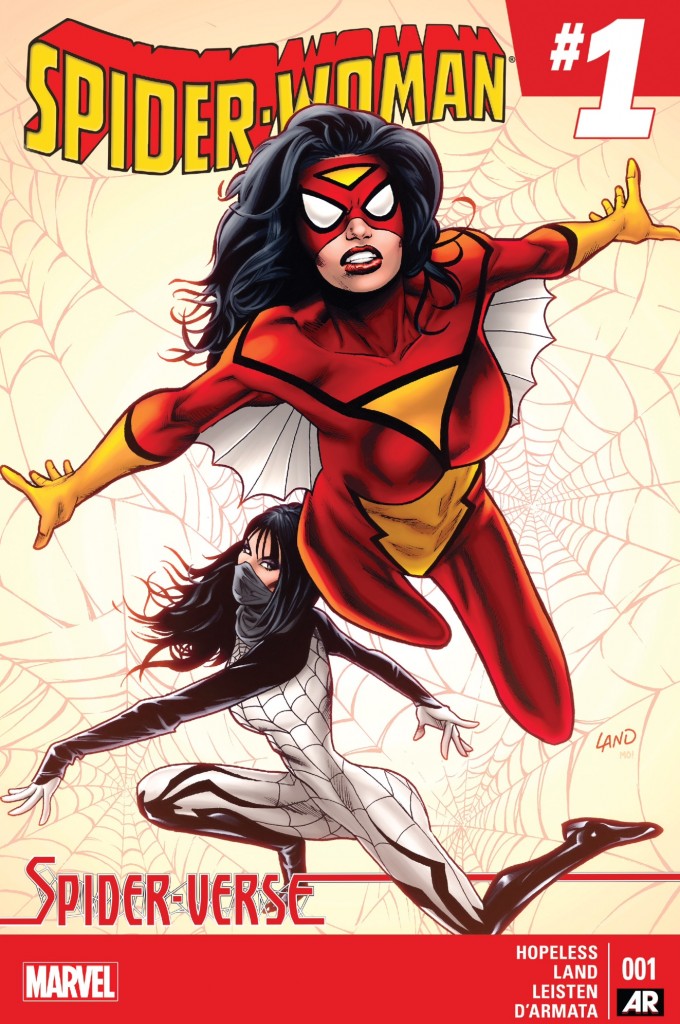 Something that long-time comic book fans seem to universally despise is the constant rebooting of series. However, I’ve come to view the New 52s and the Marvel Now’s of the industry as a bit of a necessary evil. Are they sales driven ploys designed to get people to gobble up brand new No. 1 issues in hopes of them sticking around for a series they would have otherwise ignored if it was instead publishing issue No. 347? Absolutely. But more than not, these reboots serve as fantastic jumping on points for new or discontinued readers.

And then there’s Spider-Woman #1 by Dennis Hopeless and Greg Land, a comic that is quirky in a fun way, has some worthwhile character moments and is fairly well-illustrated (despite some of my general issues with how Land likes to “pose” his characters). But in terms of a character introduction/reintroduction one would expect to get from a No. 1 issue, it’s a total trainwreck. As such, upon finishing this comic last week, I wasn’t really sure what to make of it. I liked it, sure, but was it actually an effective comic book story? That’s difficult for me to say. 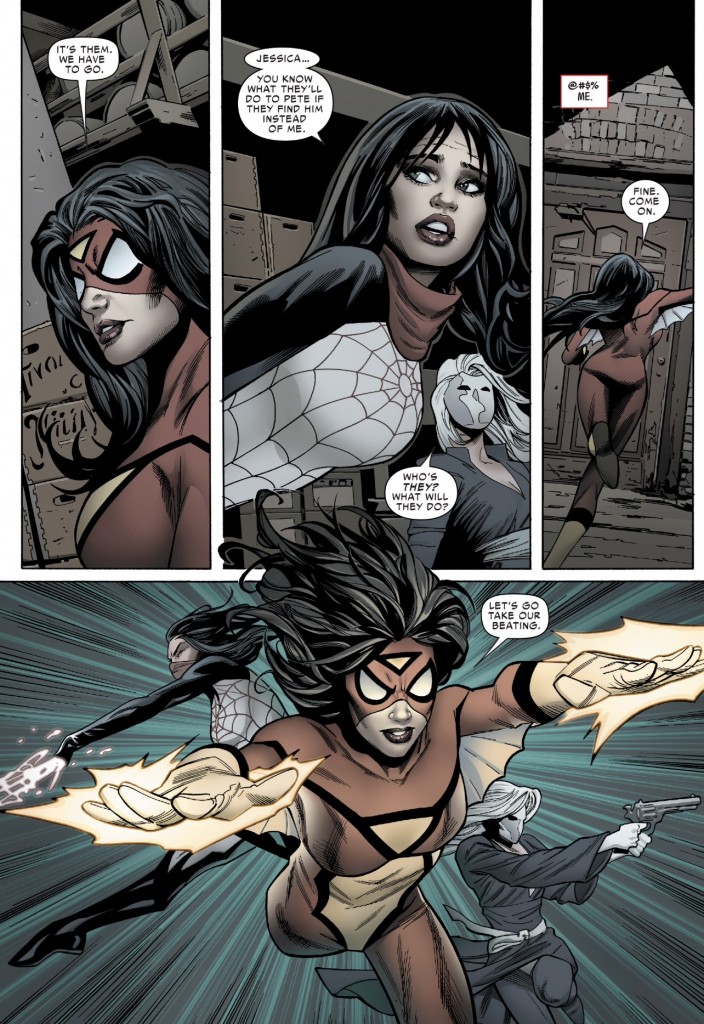 What’s unfortunate about my muddied opinion of this comic is that I’m actually a reader Marvel really could have impressed with a well-done No. 1 Spider-Woman story. No, I’m not trying to come across as some kind of egomaniac – impress me Marvel or face the wrath of a review posted on my modestly read blog – but it is worth noting that I have historically been indifferent to Jessica Drew and the Spider-Woman universe. I’ve often had an inherent bias against the female iteration of established male characters (i.e. Supergirl, Batwoman, etc.) because many of these characters in their original incarnations lacked compelling origins and stories. Granted, a lot of that has changed over the past 20 years, but when I go back and look at some of the original Spider-Woman comics from the late 70s, they leave me completely disinterested. I’d rather read about a wholly original female character like Black Widow or Carol Danvers that someone who was, in all likelihood, created to leech the heat and popularity off of an industry icon like Spider-Man or Superman.

So, when I heard that a new Spider-Woman book would launch as part of “Spider-Verse,” I was sorta hoping the book would include a bit of a refresher of Jessica’s background and her current role in the Marvel Universe (since for a period there, she seemed to be moving away from being Spider-Woman and instead was more focused on being in S.H.I.E.L.D. if memory serves).

This comic provides none of that. And in fact, a case could be made that the book’s true star is Cindy Moon, aka, Silk, who is slated to get her ongoing series in a couple of months. 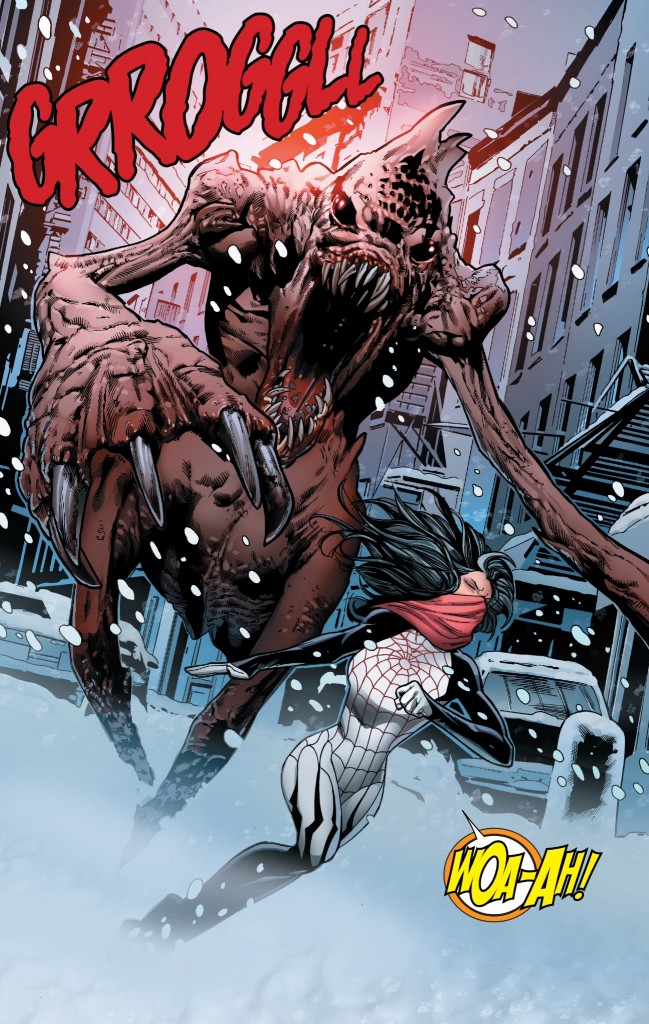 Now, this is where my actual enjoyment of the comic comes into play. I thought Hopeless’s characterization of Silk and the rapport she has with the veteran/cynical Jessica was top-notch. As I mentioned in my write-up of Amazing Spider-Man #10 earlier this week, after first introducing Silk as this unstoppable, undesirable, invincible force of nature, both ASM and now, this comic, have done a tremendous job in rounding out the character, giving her flaws, essentially giving me a reason to care and read her new solo book beyond the fact that it’s just another Spider-Man tie-in that I’m obligated to check out. 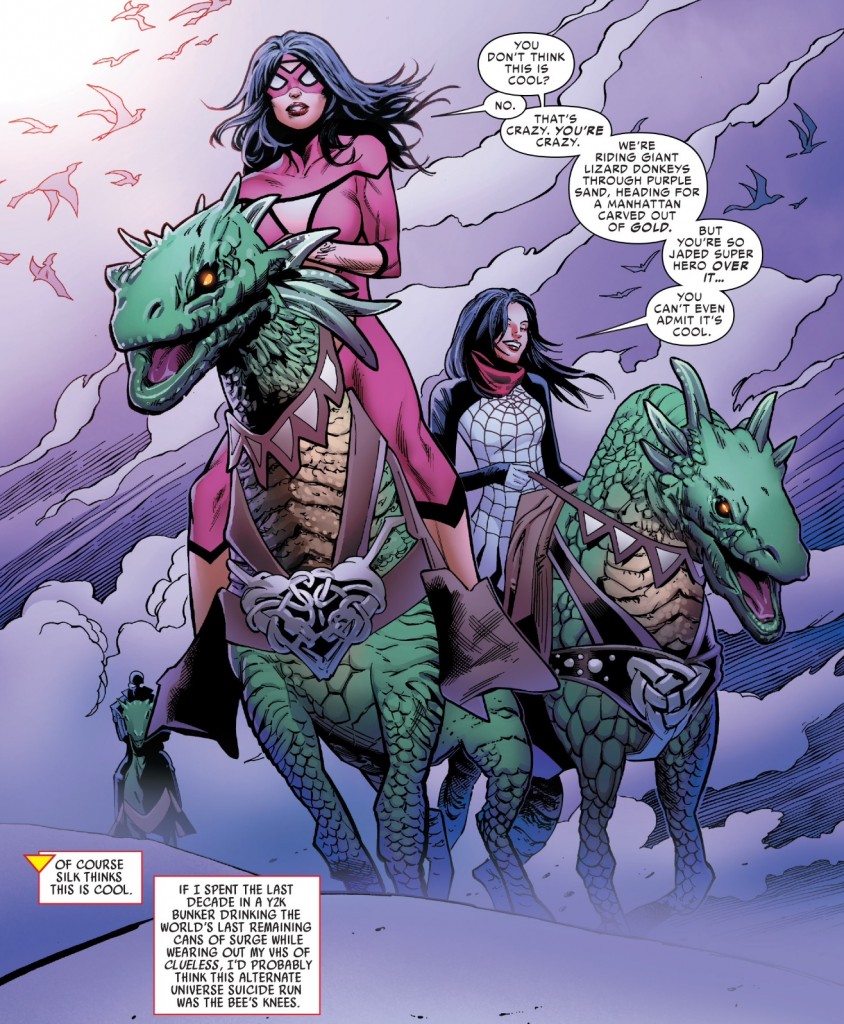 Better yet, Hopeless achieves this characterization through some very off-beat irreverent humor, which I guess you’ll either love or be annoyed by. Such things as opening the comic with Jessica and Silk riding giant lizards like donkeys is pretty much the last thing I expect to find when I crack open any kind of Spider book, but it’s different in a way that grabs my attention and strokes my curiosity as to what kind of wild scenario Hopeless and Land will conjure up next.

Additionally, bringing Gwen Stacy Spider-Woman and Anya Corazon Spider-Girl as two teenage babysitters for Silk might seem a bit sitcommy at first blush, but it’s also nice to see all of the female Spiders getting some face time in this story. 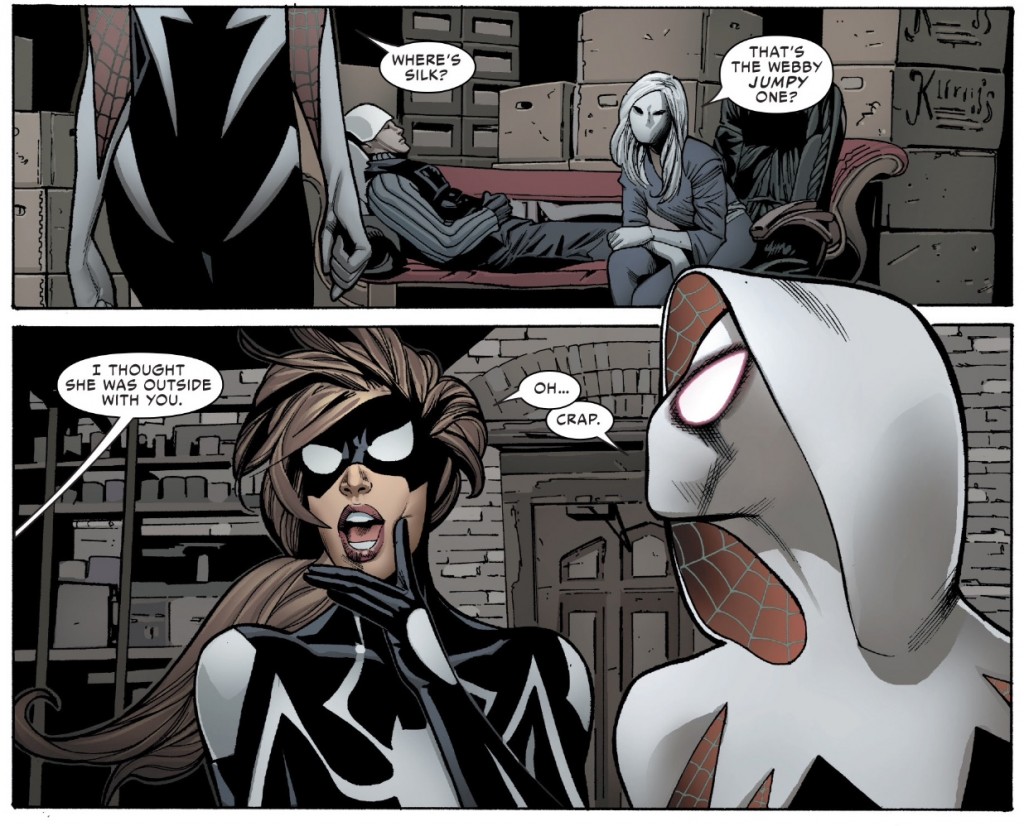 But ultimately, what I liked about this comic is also its biggest problem. By focusing so much on Silk, and then bringing in some more characters like Spider-Gwen and Spider-Girl, this comic feels more like it should be the first part of a three part miniseries that focuses on all of “Spider-Verse’s” Spider-women (a la what we’re getting this week with the Spider-Clones mini). Jessica ends up as an afterthought in her own book and by the time the first issue ends, Spider-Woman is getting sent away on some kind of secret mission while the actual drama hinges on Silk and her escape from her babysitters. As a result, I have some serious doubts about how much this creative team actually wants to write Jessica and I can very easily see myself dropping this title once it stops tying in to “Spider-Verse.”