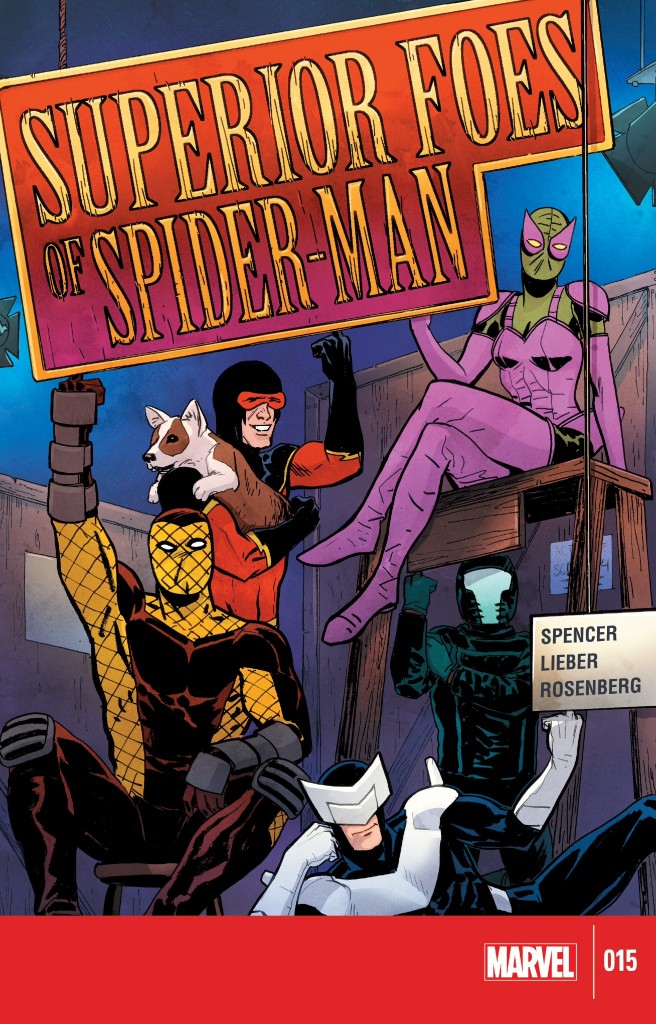 We were told by the creators of the Superior Foes of Spider-Man, Nick Spencer and Steve Lieber, not to mourn the cancellation of the series this November since the book had such an unexpectedly good run over the past year and change. While I’m not one to argue with the folks who continue to churn out this wonderful comic, there were a couple of things about Superior Foes of Spider-Man #15 that made a tear or two trickle down my cheek.

We’re not talking waterworks here, but it’s difficult to remain completely unemotional when a comic I’ve adored so much is so obviously setting up its end game. Yes, the November solicitations confirmed that Superior Foes is coming to a close, but for those of us still in denial, this latest issue pretty much spells it out in turns of how the story is structured. 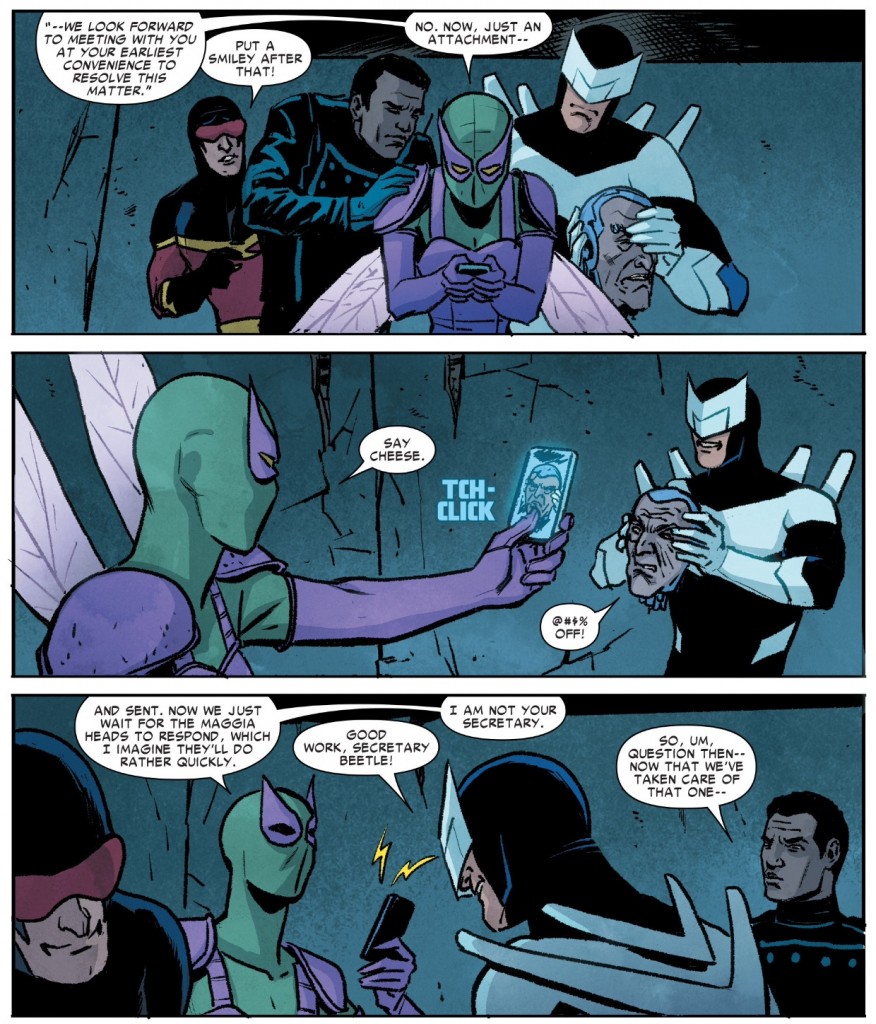 Outside of a barfight with some of the worst villains the Marvel Universe has ever seen, and an aborted battle between Shocker and his ever-so-slightly more cunning teammates, Superior Foes #15 puts aside the action in an effort to get its house in order and put all the pieces into play for its final arc.

After 14 issues of trying to outwit each other, we have an alliance between Chameleon and the Owl to take down our beloved Sinister Six. The oft-mocked head of Silvermane is now functioning as the ultimate bargaining chip for Boomerang and his crew, as they’re all using it (unbenowst to each other) for leverage in dealing with some individual personal issues.

It’s patently clear that these two plot-points are going to propel this narrative forward over the next two issues before the whole thing ultimately ends. And it makes sense. You can’t have a group of somewhat obnoxious, self-absorbed D-list villains burn every bridge they’ve crossed without facing some consequences and between Chameleon/Owl and all of the mobsters that are going to be cheesed off with they discover that they are not in charge of the Maggia, there’s plenty of ill will for the Six to go around. I don’t think a series as clever and funny as Superior Foes is going to end in some kind of shocking bloodbath, but I also have a gut feeling that Boomerang and company are not going to come out on the winning end once everything shakes out. 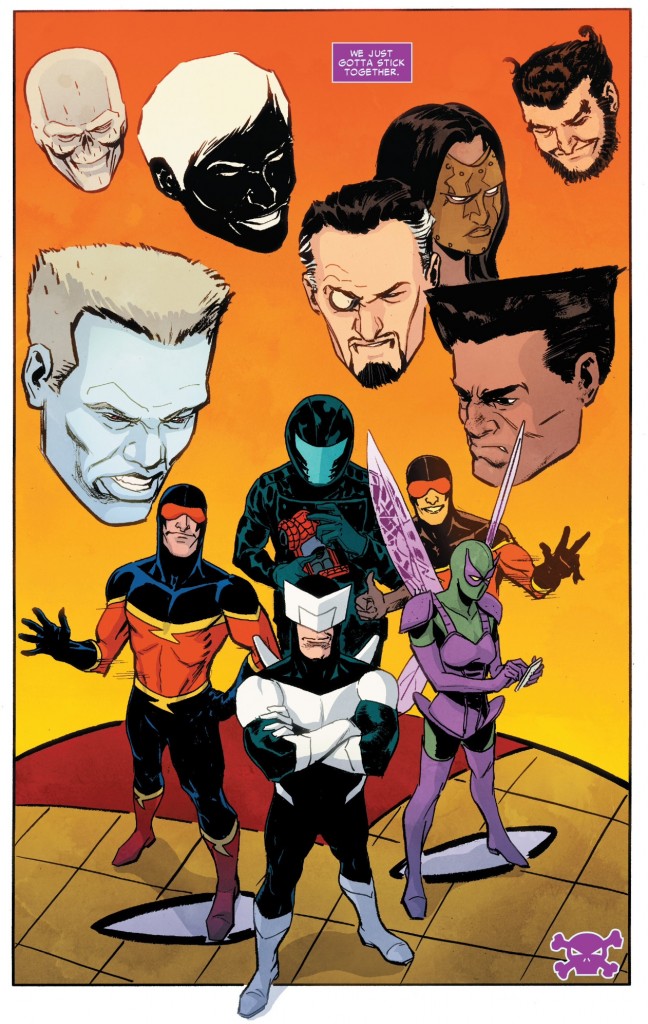 Still, it wasn’t a perfect transition for the Superior Foes creative team. I would have liked to see more out of the Shocker vs. his teammates subplot, as Spencer, Lieber and Co. have been seemingly building to this showdown ever since Shocker was locked in a car trunk by Boomerang many months ago. The Shocker as a coward meme has been amusing, but also seems to fly in the face of how the character was initially portrayed during his Silver Age glory years. So you have to imagine how excited I was when he came out firing against Boomerang and his former teammates at the end of Superior Foes #14. But instead of an epic showdown, or even a reasonable resolution, the gang just makes a sucker of Shocker again. Sure, the ultimate payoff of them giving him a funeral and burying him alive was quite funny, but in the grand scheme of things, it was a bit of a letdown. 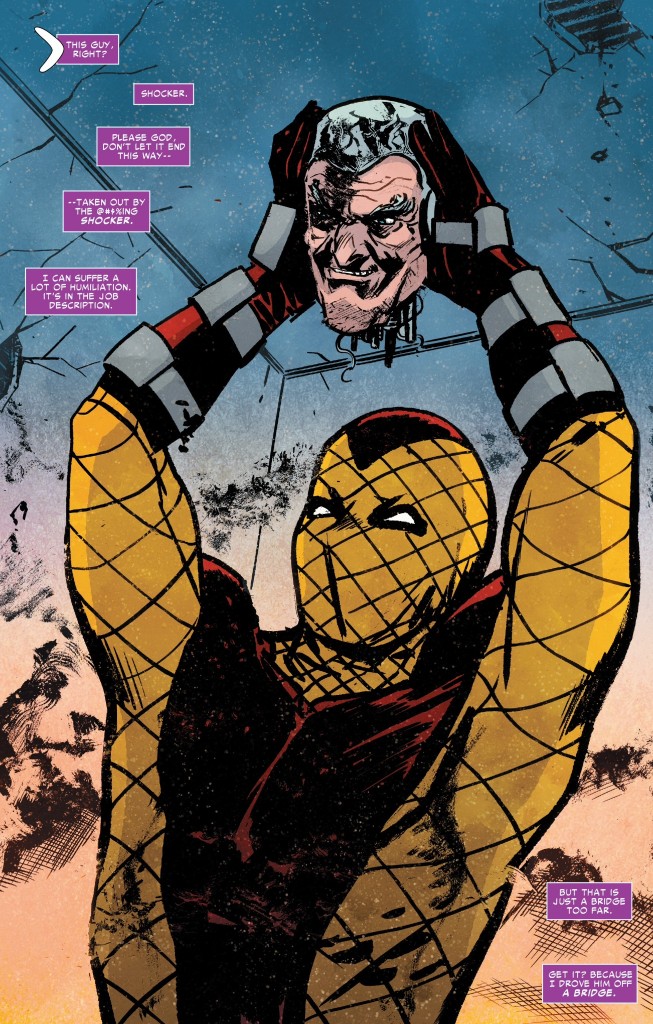 Fortunately, the creators do provide us with a sequence of unbridled joy towards the end, when Boomerang, Beetle, Speed Demon and Overdrive celebrate their recent victories involving both the head of Silvermane and the Doom portrait. These characters all continue to have extraordinarily superficial relationships with each other, lacking completely in sincerity and empathy. But it’s still a lot of fun to see them all together like this.

And just like that, there goes another little trickle down my cheek.