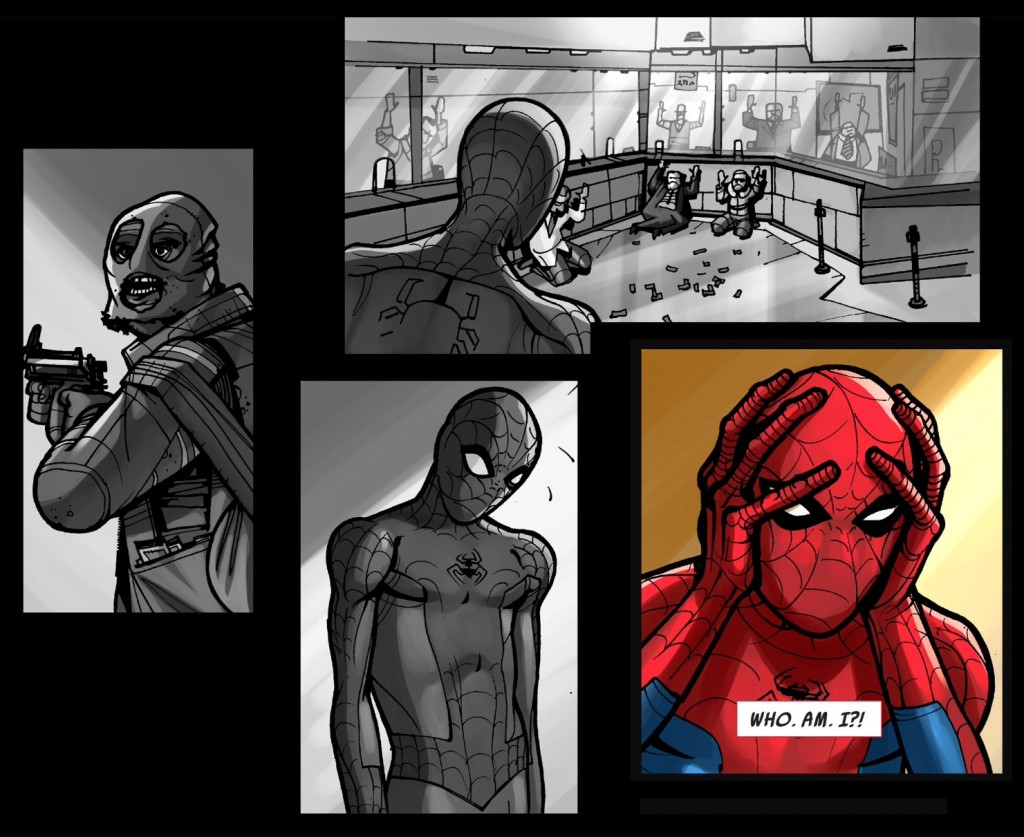 As an old fogey who still has a childlike fascination with holding onto a physical copy of a comic book – putting that little booklet inside a bag, inserting a backing board and sealing it for eternity – I understand that the future of the industry and the medium ties in directly to how new technology is integrated and makes comics more accessible (and affordable).

In some ways, I’ve already started to embrace this sea change. One of the best investments I’ve ever made came more than a year ago when I subscribed to the Marvel Unlimited app which I use on my iPad. When I first started using the Marvel U app, there were a number of glitches and hiccups, but I was never discouraged because I was enamored with its potential value. At my fingertips were thousands of Marvel comic books – many of which I had never read before, or last read decades ago – that I could access at nearly any time. Yes, the app occasionally crashed, and sometimes weird things would happen, like a comic I had downloaded for offline reading suddenly disappeared, and there was a recent period where the app would just randomly sign me out, meaning I needed to have a readily available WiFi signal to get back into it. But I didn’t mind, again, because how does one argue with being able to do things like read the entire Stan Lee/Jack Kirby run on Fantastic Four, or catch up with current series like Ultimate Spider-Man or Hawkeye?

So, the next frontier for me was going to be buying and reading a brand new ongoing series in a digital format. I know DC has been successful with its Batman ’66 series, but I figured it was going to have to be something Spider-Man-centric for me to willingly take that leap. And like clockwork Marvel announced the release of a new “Infinite” comic, Spider-Man: Who Am I? by Dan Slott and Joshua Fialkov, with art /layout magic from J.L. Mast, Geoffrey Beaulieu and Juan Bobillo. 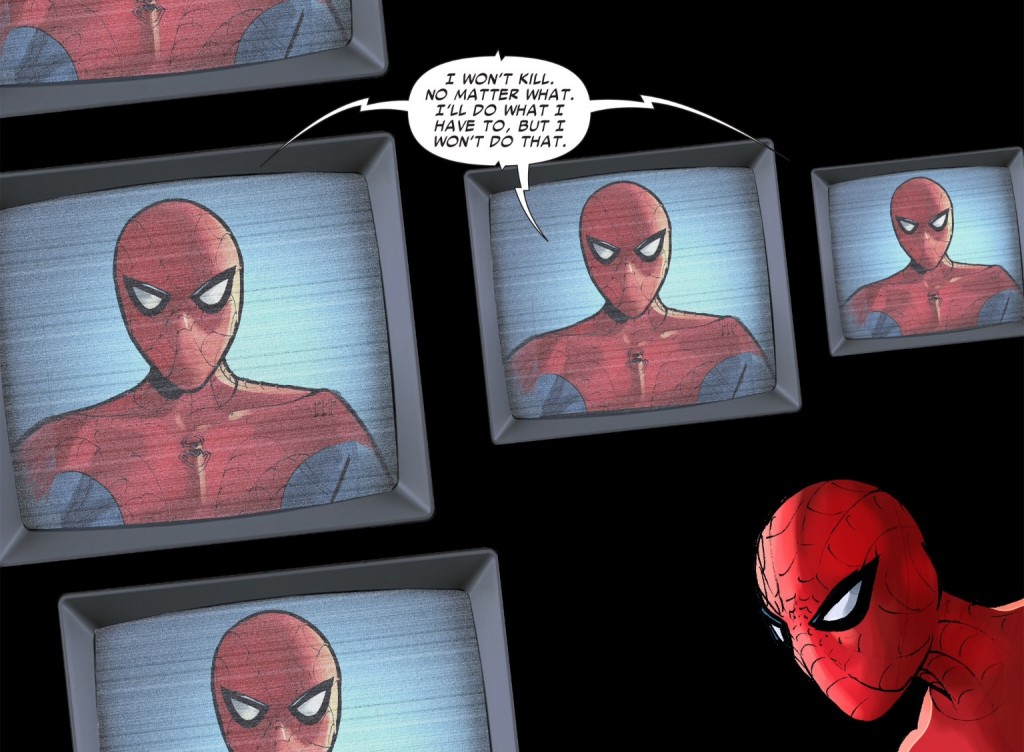 In terms of the format, I think Who Am I? is an excellent demonstration as to how fun it can be to read a digital comic book series. The panel by panel display, which also features dialogue balloons and other set pieces moving in and out of an image, gives the whole thing a livelier, animated feel. I found myself feeling more engaged to the comic and the format also made the reading experience feel a bit faster (which might not be a great thing if you’re not a fan of spending $2.99 for a comic that is over in a matter of minutes). The way the layouts are produced is a true art form, and something I would love to take to the art team about (hint, hint for a future episode of Amazing Spider-Talk).

So, there’s no question that there is a future for these Infinite comics. But the sustainability and popularity of the format will ultimately tie-in to the quality of the product the publisher is distributing. And that’s where I have a few concerns with the first four issues of the Who Am I? series.

Talking strictly content, my biggest problem with Who Am I? is its redundancy with the most recent batch of Spider-Man storylines. When I first read the solicitation for this series and saw that the inaugural issue was going to open  with Spider-Man in the middle of a bank robbery, not remembering who he is, I speculated that it was going to somehow tie-in to whatever the new status quo for Peter was going to be at the conclusion of Superior Spider-Man. But Peter was brought back without really having any “catches” or “issues” outside of having to clean up some of the mess Otto Octavius left behind during his period masquerading as Spidey. He certainly didn’t have amnesia, despite there being set-up for such a plot point. 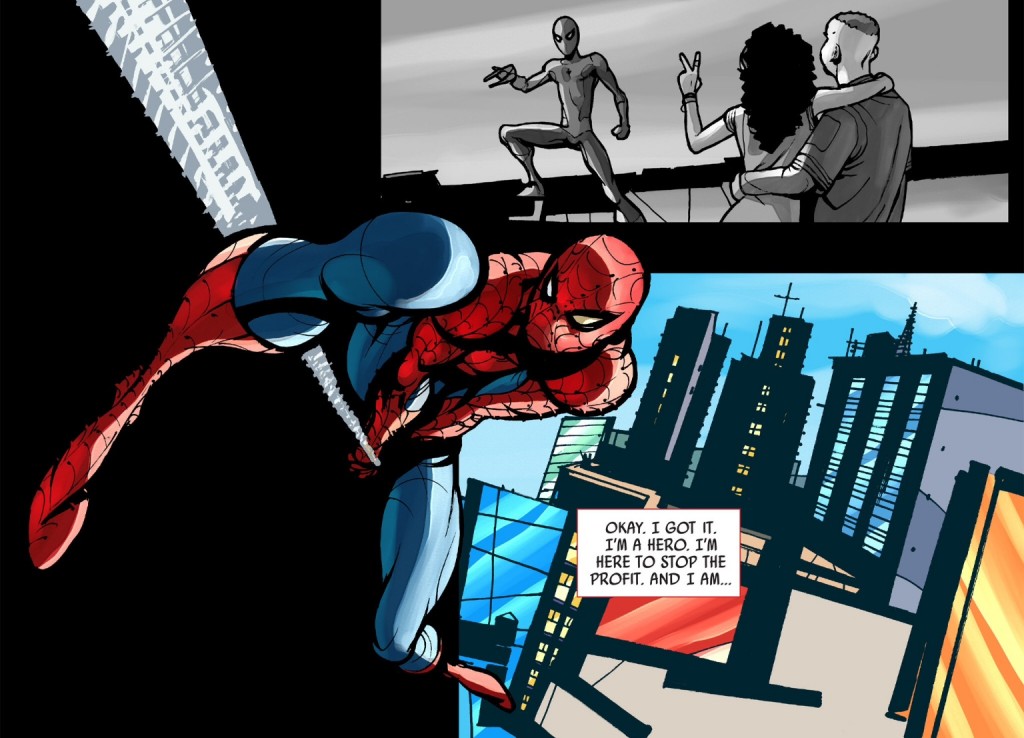 As a result, Who Am I? leaves readers in a bit of a lurch. It doesn’t feel connected to the current Amazing Spider-Man series, but this idea of some larger, evil force controlling Spider-Man against his will is a storyline that I just wrapped up after 16 months. I found myself feeling frustrated while reading Who Am I?  because after watching my favorite superhero do and say things that were out of character and against his will in Superior, I’m going through it all over again, just in a fun new format. While at the same time, the repetitive nature of this series robs the comics of any inherent drama because why would Marvel go through all the trouble of restoring Spider-Man’s status quo, only to upend it a few months later?

There are moments in these first four issues that are a good time. Watching Spider-Man win in a fight against Iron Man is certainly fun – especially for all of us who think Spidey gets a bad rap from general comic book enthusiasts for not being as “strong” or “tough” as many other heroes in the Marvel Universe. 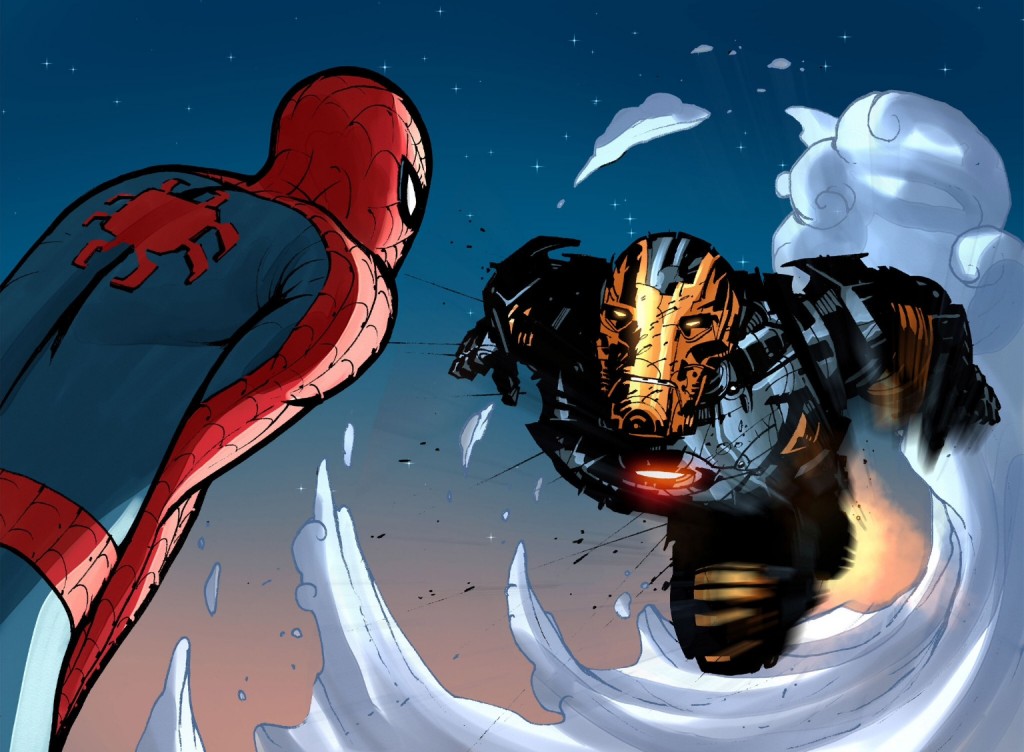 And watching Spider-Man slowly come to the realization that he is a hero, not some mercenary/criminal working for a bunch of petty thieves, doing shocking things like pushing innocent women off of rooftops (a moment at the end of the first issue where I was legitimately engrossed because a part of me thought Marvel was really going to have Spider-Man kill an innocent person this way). 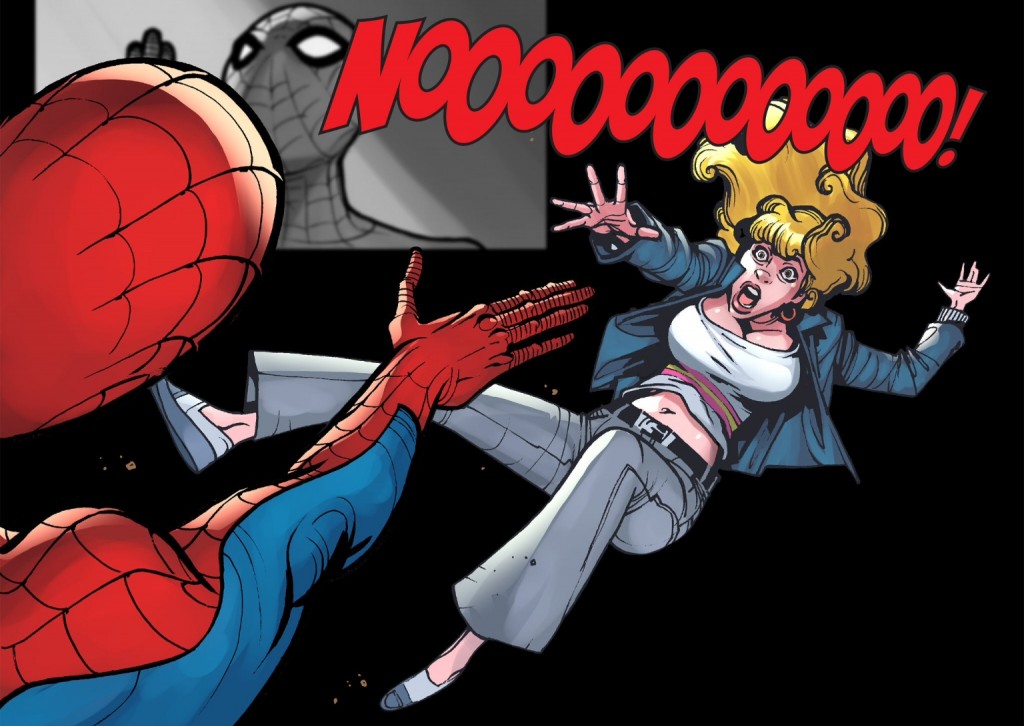 But passing moments are not really hooks. That’s why Who Am I? is more of a curiosity and an experiment, rather than a comic I find myself compelled to read because I enjoy the story. There’s still plenty of time (at least eight issues I believe) for my tune to change, but I certainly haven’t seen anything yet that signals that the level of joy I feel from discovering all of the technological enhancements embedded in this series will match the joy I feel when reading some of my all-time favorite Spider-Man stories.