My suspension of disbelief is a funny thing, especially when it comes to comic books. For example, I’m perfectly fine and okay accepting that I’m reading about a universe where the protagonist was bitten by a radioactive spider and in turn, receives spider-like powers from said spider (rather than dying from radiation poisoning). This character battles other super-powered people who in many instances have also been exposed to severe amounts of radiation, and can do such farfetched things as fly, create electromagnetic force beams from their hands and fingers, bond with symbiotic alien matter, etc. And I accept it all because from the onset of Amazing Spider-Man, this is the universe that was established by Marvel. Things only get murky when the “rules” of the universe seemingly change on the fly. 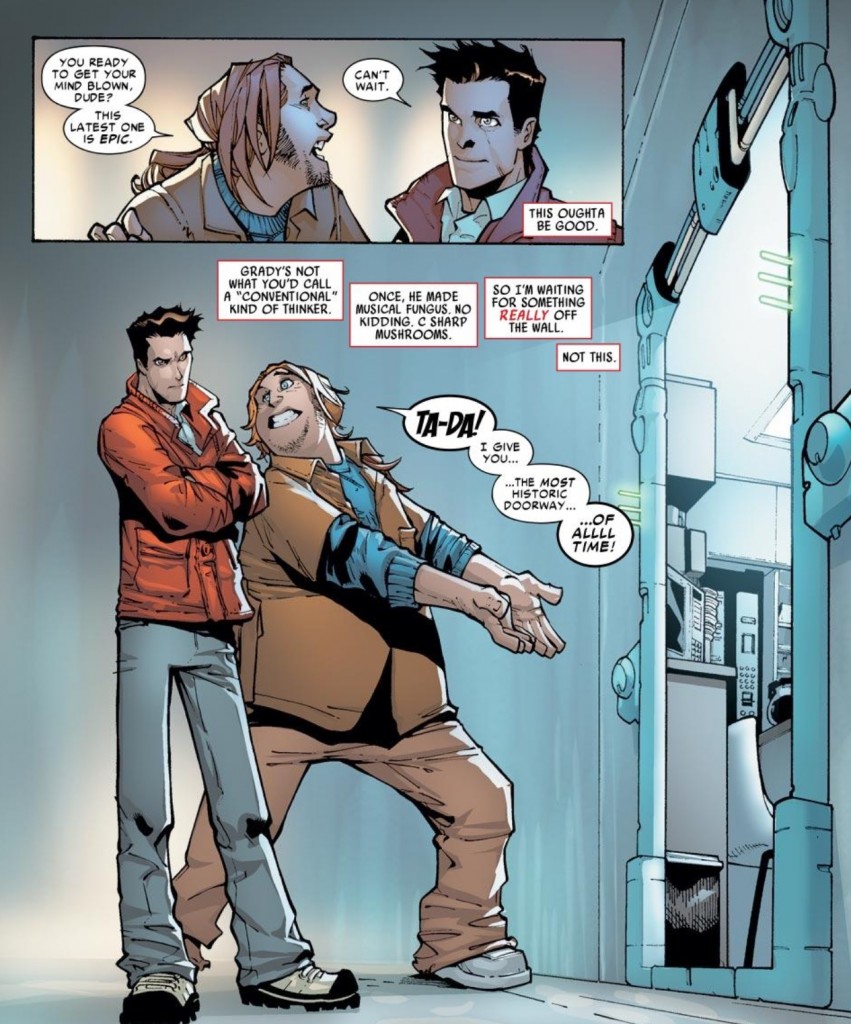 Where I’m going with all this is that the idea of “time travel” is not a common one in ASM and while I know there have been other ASM and Spidey comics in the past that have dealt with a time-travel story here and there, I’ve never been much of a fan – not because I have issues with time travel as a whole, but rather I don’t believe the idea of moving throughout the plane of time is one that’s been firmly established as regularly plausible in the ASM universe – at least enough for me to accept it wholesale and suspend my disbelief. 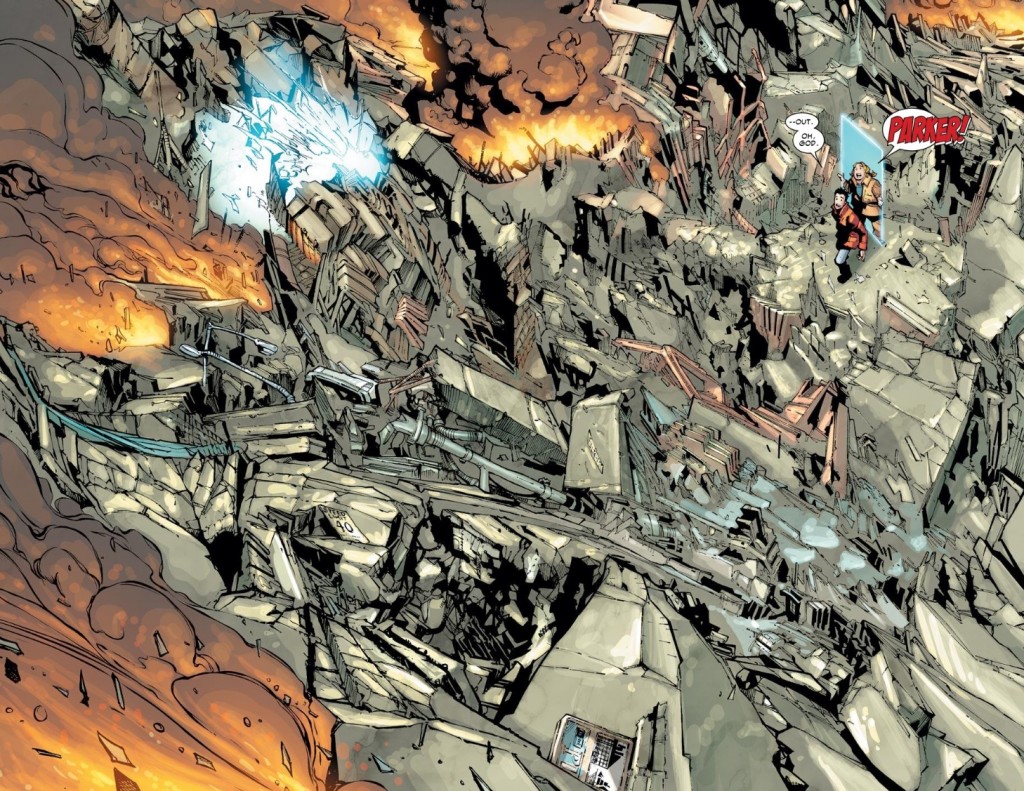 That’s not to say in its own way that the two-part time travel story from Dan Slott and Humberto Ramos in ASMs #678 and #679 wasn’t enjoyable enough – they were fun diversionary stories, much in the fashion Marvel has been pumping out on the title since Spider Island ended in the Fall. I’m definitely getting a bit of a sense that ASM has been jogging in place for the past few months, at least pumping out fun one-shots and two-parters to hold fans over until they move into their next big event, “Ends of the Earth,” which is finally going to reveal what the Sinister Six has been working on to take over the world going back to last summer. Again, I’ve mostly enjoyed the past few issues, but that’s not to say I haven’t noticed that same level of “how can we use and resolve this storyline later” in this issues that I saw during “Big Time” and “No One Dies” in 2011. 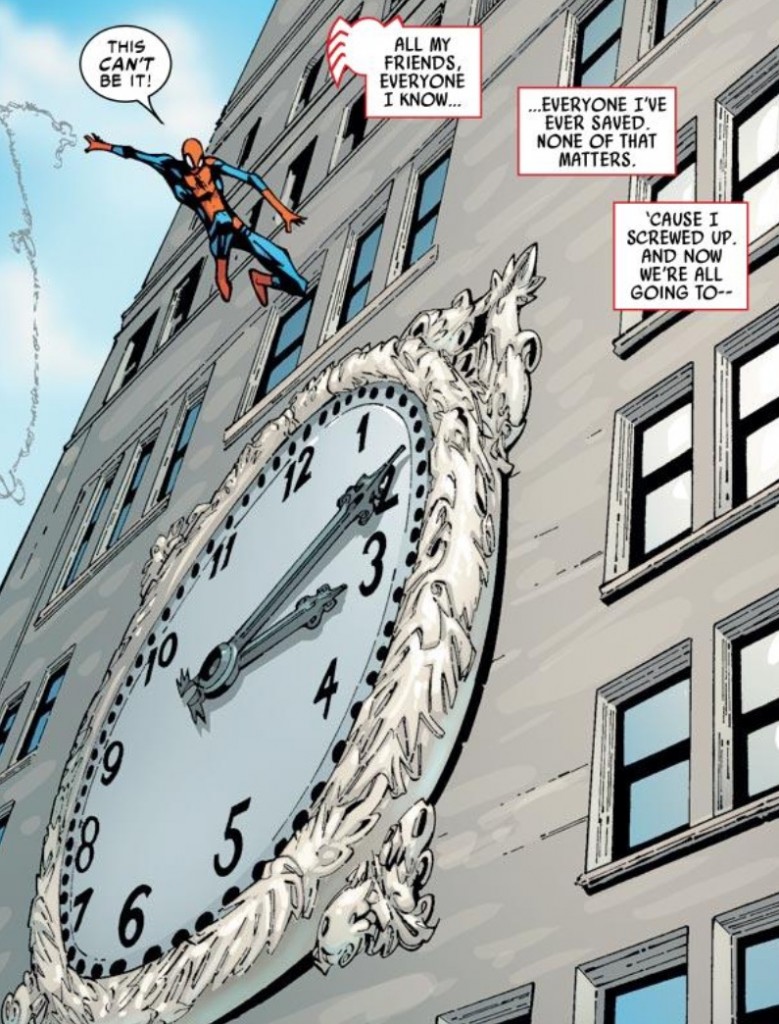 And because of the overall casual nature of these past handful of issues, that’s why a time travel storyline bothers me and my suspension of disbelief so much. Because these issues just carry a vibe of “we need to think of something cool for Spidey to do for a few issues – how about a ‘butterfly effect’ type story where he tries to alter the future?” If this was a series where Spidey would go back and forth with time with some regularity, I’d accept it as another mini-adventure, but he doesn’t, so instead it just feels like a contrived way to build some drama over the span of a few comic books. 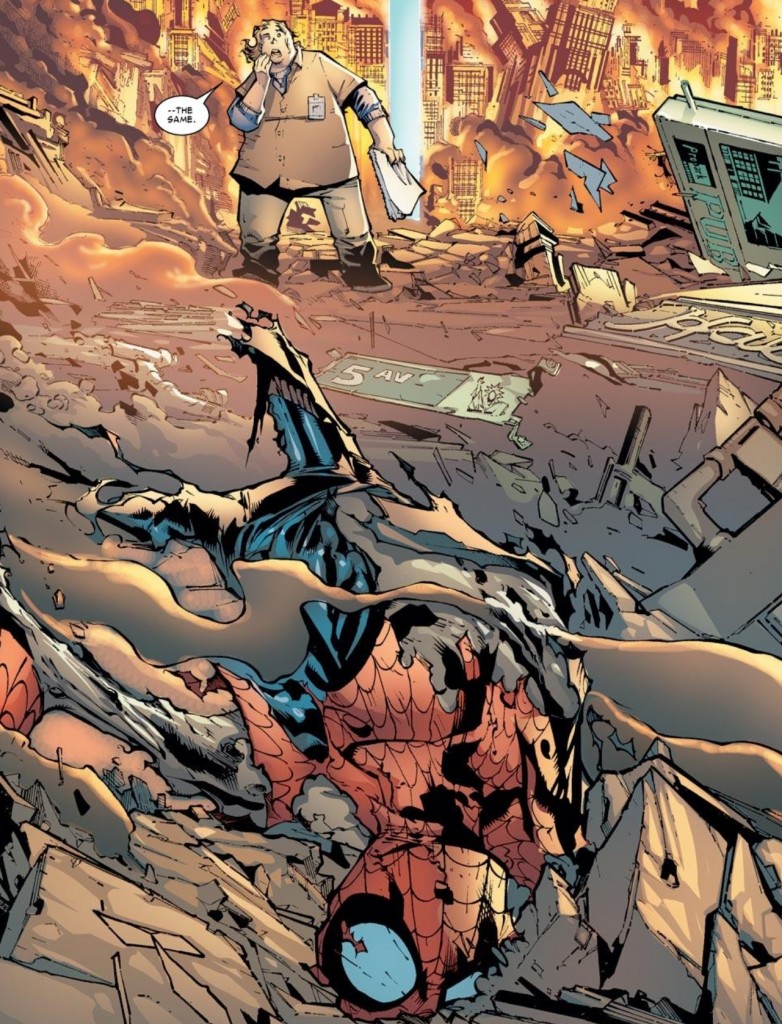 Adding to the story’s lack of plausibility is the fact that the time travel device was actually something developed by one of Peter Parker’s colleagues at Horizon Labs. While it’s been established that some pretty high-tech stuff has been developed at Horizon, I’ve always been under the impression that the technology being pumped out is more in line of what Apple is doing except within the confines of a universe full of superheroes and villains. But again, to have someone there invent something that let’s you walk a day into the future (granted, there were some bugs to the device that needed to be worked out). Shouldn’t that person get a Nobel Prize or something? 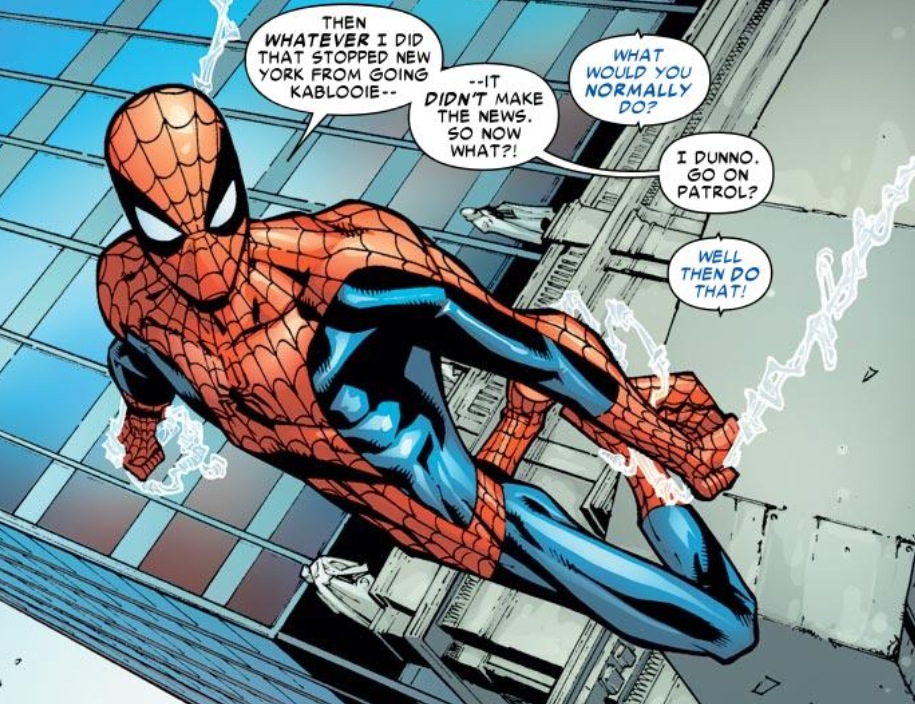 Either way, I’m sure this whole post is going to come across as petty whining from someone who has no problem accepting the realities of a super-powered universe but instead questions the validity of a time travel device. I just thought it was worth pointing out that in any universe you create, no matter how over-the-top it may be, there needs to be consistency. In the case of this two-part storyline, I would have had an easier time accepting it in Fantastic Four (though to be fair, after 15 or so issues, I still have no idea scientifically what’s been going on with Jonathan Hickman as the lead scribe). In Spider-Man, the storyline just felt out of place and I’m going to assume, ultimately inconsequential as more traditional Spider-Man affairs are explored in the coming issues.