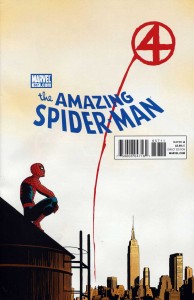 The Marvel universe had a major shake-up a few months ago when Johnny Storm, aka, the Human Torch, a member of the Fantastic Four, was killed. Keep in mind that killing a character in the world of comic books is about as permanent as it is on a television soap opera, and even in cases where a limp, inanimate body is presented, there’s always a fairly good chance for a comic book character to be resurrected. I noticed that Torch died in Fantastic Four #587, so in my humble estimation, I’d say expect the miracle resurrection in time for the 600th issue, as comics ending in double-zeroes are always a big deal where significant plotlines and characters are introduced or return.

But despite my overall cynicism about the permanence Torch’s death, I wasn’t the least bit surprised by the moment being marked and mourned in the pages of Amazing Spider-Man #657. The fictitious relationship between superheroes from different series is always a complicated one. Generally, even heroes who occupy the same city limits very rarely overlap in a series unless it’s some kind of massive mega-crossover like The Secret Wars in the 1980s, or the Civil War event just a few years back. I’ve actually always found that strange. Do supervillains have an advanced agreement with each other only to antagonize certain areas and do superheroes in kind agree to patrol these villain specific beats? Sure, every once in a while, Spider-Man will take on a traditional Hulk or X-Men villain, but these instances are considered big deals in the comic book universe, when in reality, these situations would frequently present themselves if Spider-Man just decided to patrol Battery Park on a night where Magneto was wreaking havoc instead of webbing his way to the Upper West Side to fight Electro.

But I digress. Whereas the relationship between two characters from different series has typically been complicated, that has not been the case with Spidey and the Fantastic Four. Dating back to the very first Amazing Spider-Man issue, Spidey can be seen on the cover trying to “get in” to the Fantastic Four, a visual that gets revisited in ASM 657.  After a sketchy beginning, Spider-Man and the Fantastic Four become established friends in the Marvel Universe, and not simply out of convenience. And there has always been a specific bond between Spider-Man/Peter Parker and Human Torch/Johnny Storm. 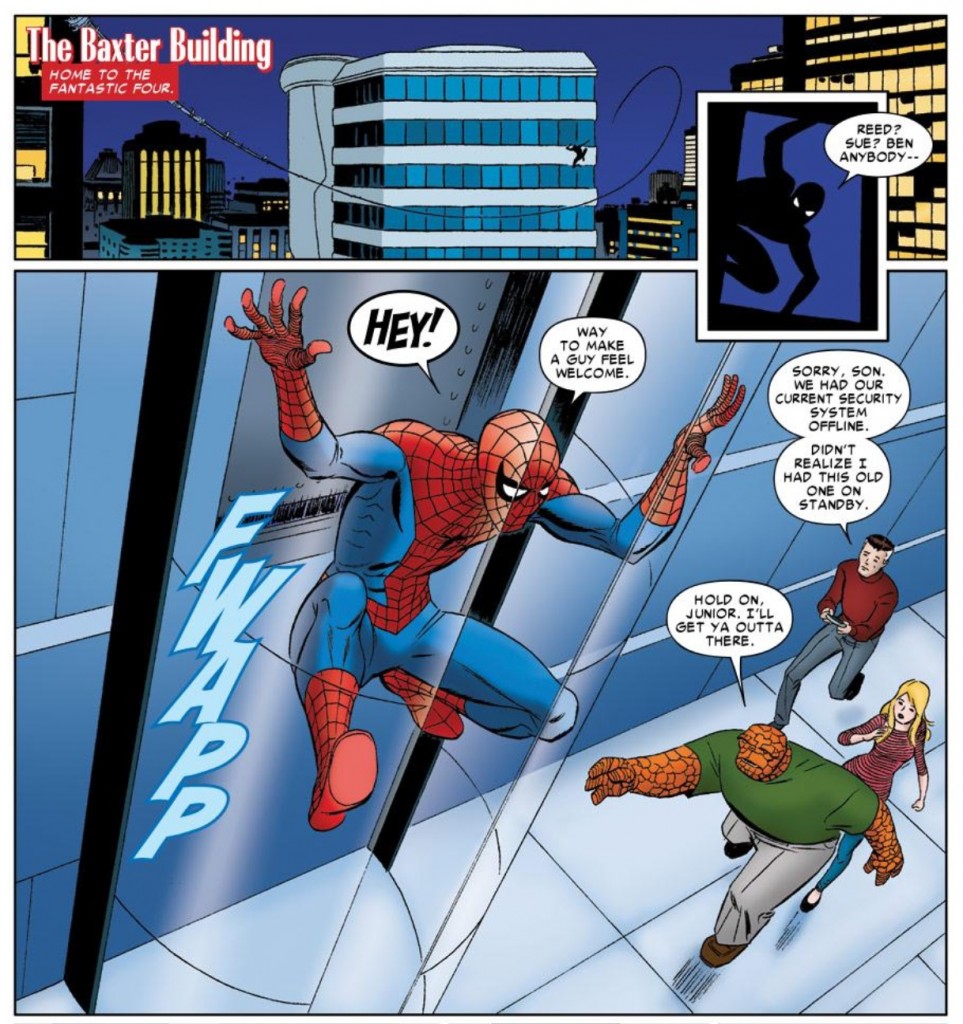 When Spider-Man and Human Torch were first introduced by Marvel in the early 1960s, they represented a youth movement for superheroes. Other comic book characters like Batman, Superman, and Captain America were super-powered adults, but Peter Parker and Johnny Storm were empowered teenagers. Peter specifically went to high school, had tests to study for, got picked-on by bullies, etc. Johnny was the younger sibling of Fantastic Four member, the Invisible Woman, and always seemed to be regarded by his adult teammates as the youthfully demonstrative member of the Four. The sarcasm and wit of both Peter and Johnny in their superhero form, first made them petty rivals, but later, very good friends. 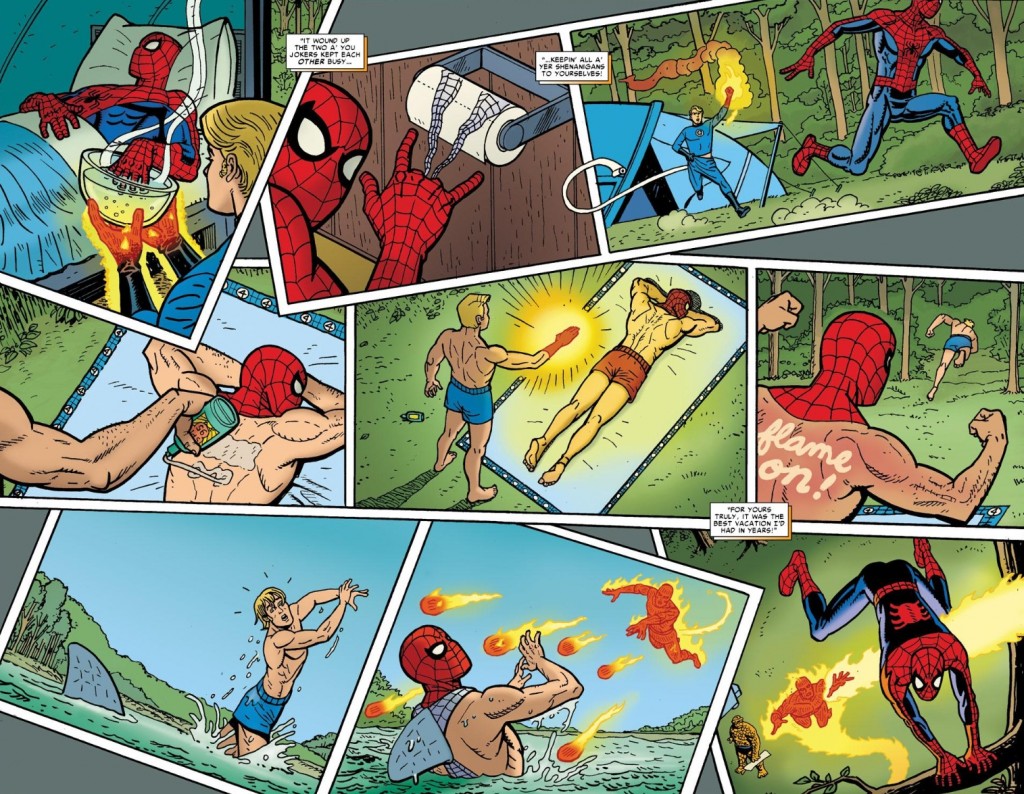 Personally, the youthful energy of Spider-Man is what really appealed to me as a kid and a young teenager, as I was becoming really immersed in comics. Even though I first started reading Spider-Man at the point when Peter was getting married and acting more like an adult, very early on I knew of the character’s origin story, and how Peter Parker received these superhuman powers while he was attending high school in New York City. It’s not that I hoped and prayed as a kid that one day I would be the beneficiary of radioactive super powers (though I did use to daydream about joining up with the Teenage Mutant Ninja Turtles as an honorary member). But rather, Spider-Man and Human Torch embodied a state-of-mind that was to be emulated by my youthful-self and the more staid heroes like Superman and Captain America were more like parental figures who were to be idolized. And like any other normal kid, who would you rather spend your free time with – the guy teaching you about justice and the “right way” to do things, or the brash guy who frequently made mistakes due to his impetuousness? I chose brash and impetuous. 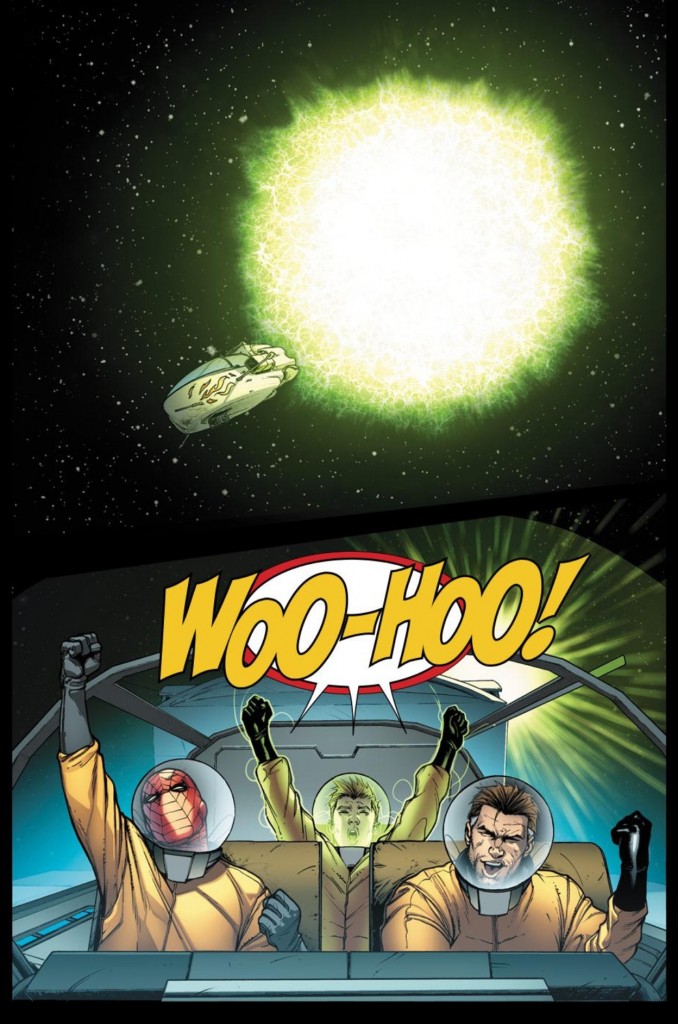 Obviously, ASM 657 lays the groundwork for the next big story arc of Spider-Man’s career – joining the new iteration of the Fantastic Four, the Future Foundation, as Johnny Storm’s replacement. 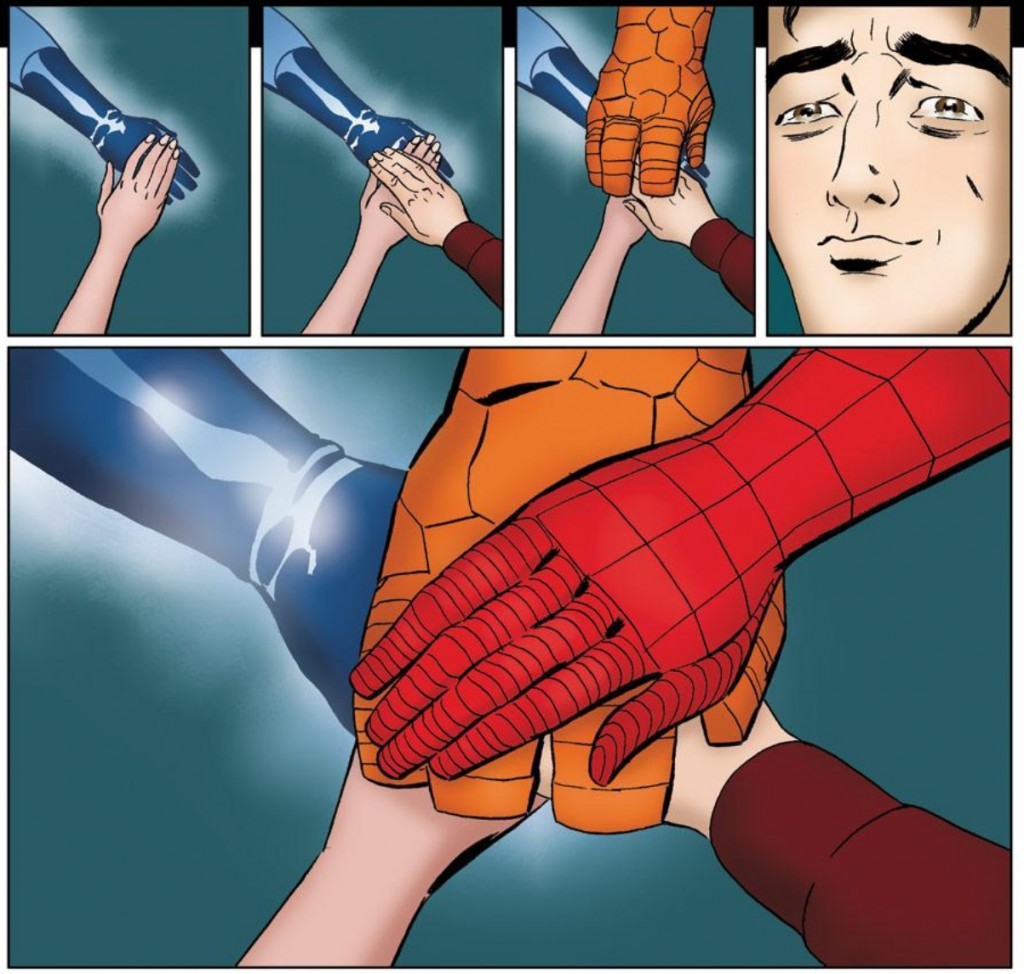 Expect more from me about that spinoff series, FF, in the near future. But in the meantime, I’d like to take another look at the cover of #657 and toast those of us out there who are still in touch with their youthful-side. Because without characters like Spider-Man and Human Torch, I may never have had become so engaged in this youthful, comic book collecting pursuit of mine.