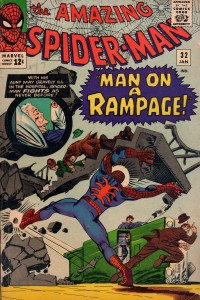 If I can sprinkle a bit of religion on the blog today – I remember being a young kid and learning about the “Seven Deadly Sins.” The idea of “lust” seemed a little creepy to me, and then Amazing Spider-Man #32 came into my life.

For the longest time, ASM #32 was the benchmark for me. It was the issue against which all other issues that I collected was measured against. I still remember the first time I saw this issue. When I was in junior high, my parent’s went to a New Year’s eve party, so to keep me occupied, they essentially set up a “play-date” for me with a schoolmate of mine who lived across the street from the house-party. At that point, I felt a little ridiculous that my parents were setting up play-dates for me. But the silver lining to the evening was that I knew this schoolmate was an avid collector of Spider-Man comic books. So while we were being forced to hang out with each other, we’d at least have something to talk about.

By that point, I had only started buying Silver Age issues of ASM, so I was curious to see how much this guy had collected. I sifted through his box of Spidey’s and saw a lot of the expected suspects from the early 1990s – lots of Venom and Carnage issues, some random comics from the 100s and 200s and then his prized possession, his copy of ASM #32. The fact that someone my age owned a comic book that old was a mind-boggling concept to me. I didn’t want to accept it. How did he get his hands on it? It was a gift from his father, he told me. Okay, but seriously? ASM #32? The closest issue I owned to that was published nearly three years after #32 and that cost me a good chunk of my saved-up allowances at the time. I was never going to own #32. 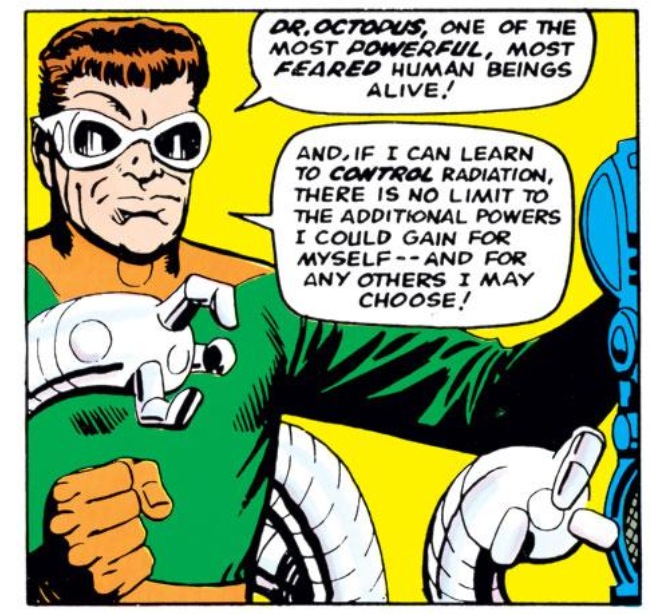 Of course, at that point, I was more fixated with the age of the issue rather than its actual content – which is also very significant. It’s the middle-part of the epic “If This Be My Destiny” story-arc which many consider to be the pinnacle of the Stan Lee/Steve Ditko run on ASM. While ASM #31 and #33 are seemingly more famous from a reading standpoint, obviously the second part of a famous three-part series is must-own. Even if I wasn’t on a quest to own every single issue of ASM, some would argue (and I would agree) that ASM #32 is an essential pick-up for any comic book collector who has an inclination towards Marvel. 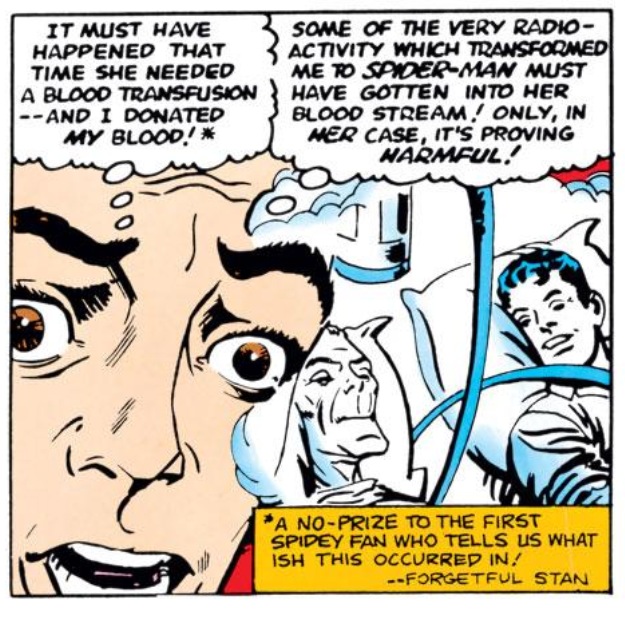 But as a 13-year-old, that’s not why I wanted ASM #32. I wanted it, because the other guy had it and in my mind, I was just as worthy a Spider-Man collector as he was. I absolutely needed to get that issue.

On the surface, it might sound like I’m confusing my seven deadly sins here and talking of envy. But my obsession with ASM #32 went beyond envy and was more of a lustful infatuation. I remember buying a copy of ASM #40 and justifying the purchase by pointing out the fact that based on book value, it was a more valuable comic book. But it wasn’t as old as #32. Months later, I bought an extraordinarily banged-up copy of ASM #25 – a reader copy basically – and then realized I bought a terrible-looking comic just because of my obsession with the other kid’s ASM #32 (more on the ASM #25 experience at a later date). 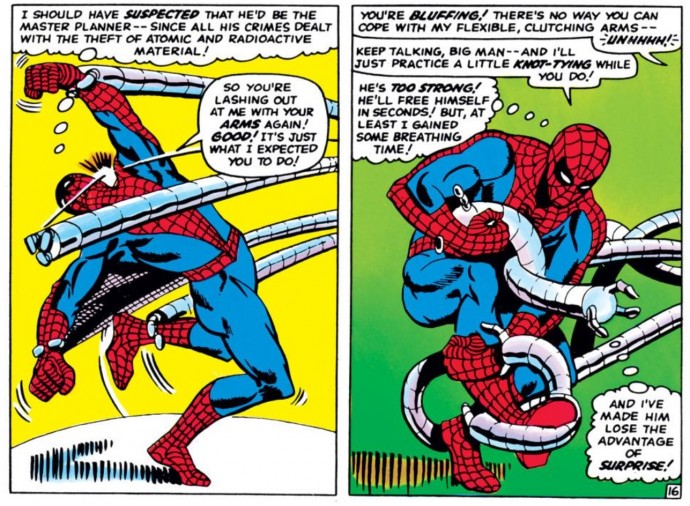 So if it’s not a question of lust, this was most certainly an instance of coveting they neighbors comic books. Maybe I’m just confusing my biblical instructions. I never professed to be much of a Christian anyway. 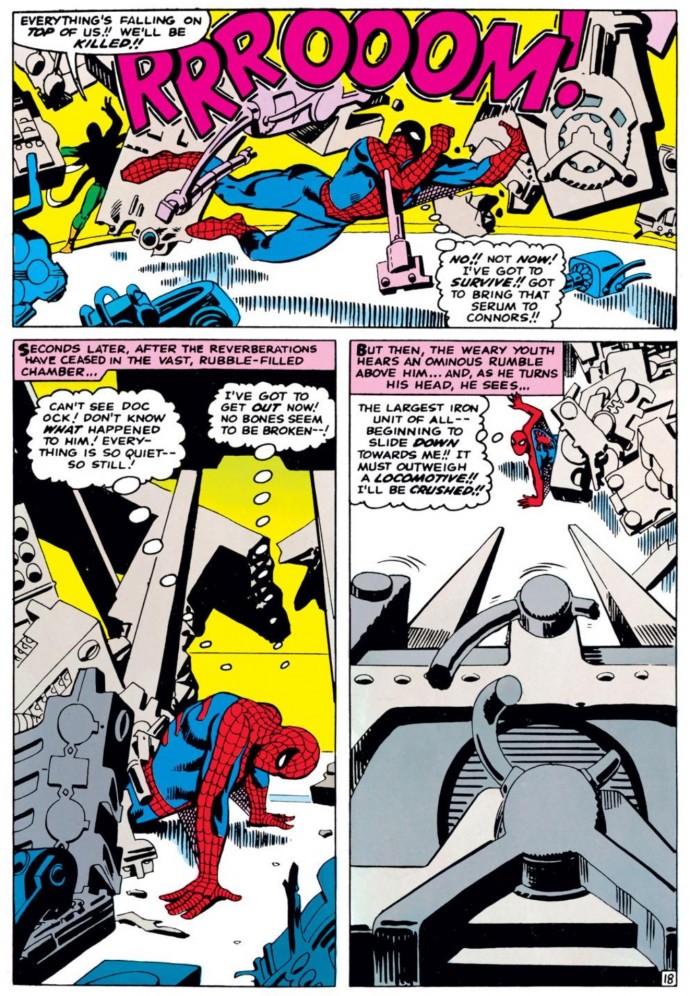 You’d think after obsessing over this issue for the better part of a year, I would have just sucked it up, saved all my pennies and found a copy. But it never worked out. And years would pass before I eventually had an opportunity to buy it. With very little fanfare, one of the comic book sites I frequently scour had a copy of ASM #32 on sale in a condition I was willing to accept. I picked it up, along with a couple of other issues from that timeframe. And just like that, I owned it. 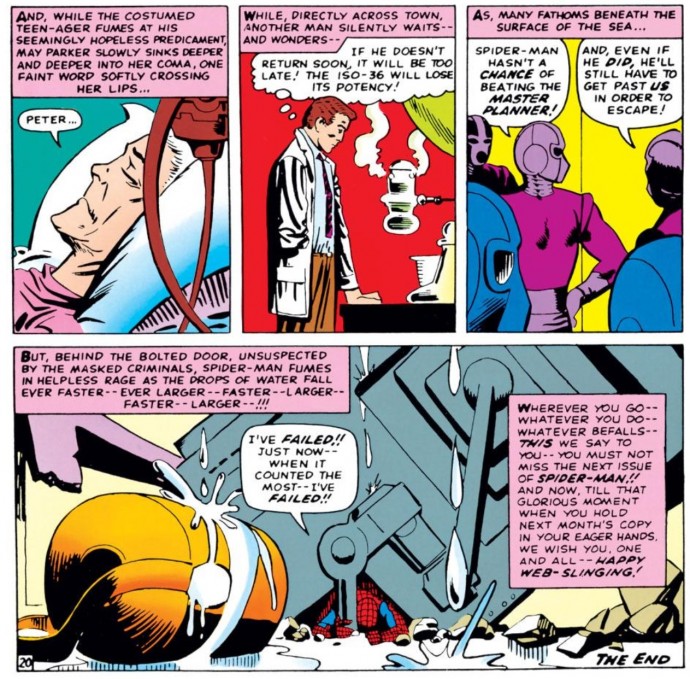 By that point, I was already the proud owner of both older and more significant issues of ASM – #14 and #20 immediately come to mind. So, in the moment, I probably didn’t think all that much of the purchase. But when that package came in the mail and I looked at the cover of #32 up-close, I was immediately brought back to that New Years Eve night more than 15 years ago. Suddenly, a low-key purchase had increased in significance to me. I finally had the comic book I had long obsessed about. Maybe I should look that kid up and let him know that I was finally on his level?

Tags:Amazing Spider-Man 32, headacheRemembrance of comics past, if this be my destiny