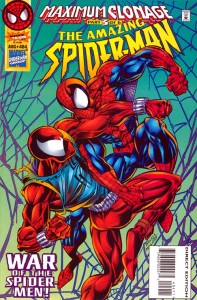 My Amazing Spider-Man collection has gone through numerous fits and starts over the years. When I was younger, I didn’t have the attention span to be fixated on one specific comic book series or character and when I was in my teen years, I learned very quickly that serious comic collecting required money I simply didn’t have.

And then there’s Amazing Spider-Man #404, which is an issue that marks the start of probably my longest collection hiatus to date. After nearly two years of buying new issues of ASM, while simultaneously going to comic book stores and shows to locate affordably-priced Silver and Bronze age Spidey comics, ASM #404 came into the picture and suddenly everything came to a screeching halt.

On first blush, you may think that stopping on this particular issue is very telling. And I can’t necessarily deny what some of you may already be thinking. Those of you who are well-versed in Spider-Man or Marvel comics should have noticed the two Spider-Mans on the cover of this issue and the pithy title “Maximum Clonage” which is a play on the uber-populater (and disappointing) crossover “Maximum Carnage.” Yes, it’s very true that this self-proclaimed super Spider-Man fan did in fact stop collecting during the peak of the “Clone Saga,” which may actually be the worst storyline in the history of Spider-Man comics. 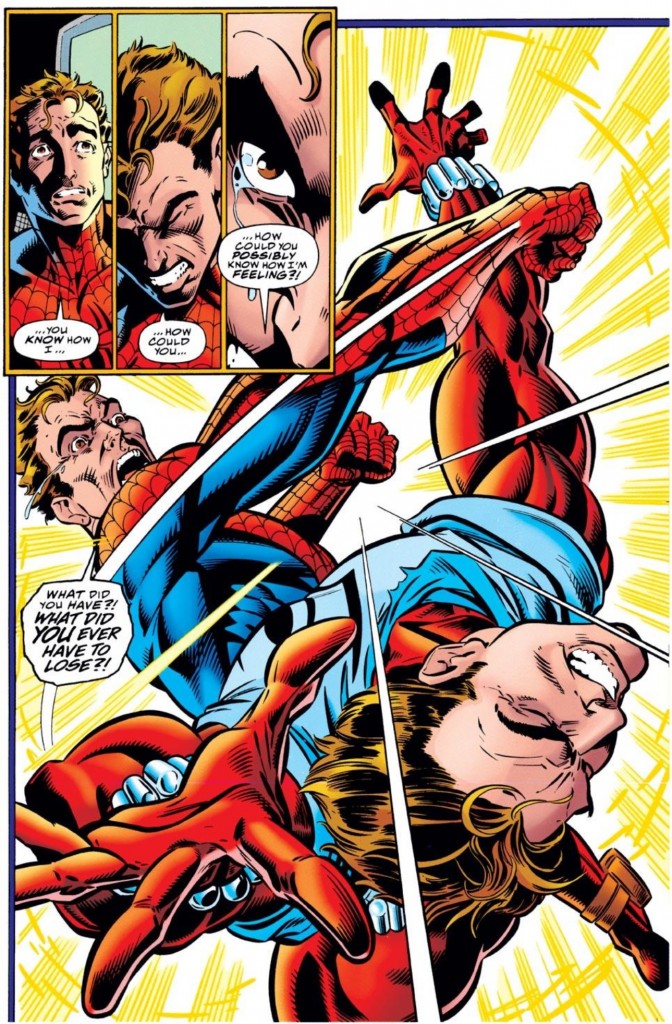 But was it actually the never-ending, infuriating and boring Clone Saga the ruined my love for Spider-Man comics? It’s easy for me to just shake my head and agree. History has proven that this storyline – where a Spider-Man clone who was introduced and “killed” years earlier was resurrected and then later revealed to be the ACTUAL Peter Parker, meaning the Peter we had been reading about since the late 1970s was in fact the clone – was a colossal disaster and mistake for Marvel. And Marvel did everything in their power to try and make this thing work, even bringing back the long dead Norman Osborn/Green Goblin as the secret mastermind for the clone-fusion. When you’re bringing back one of the few key Marvel character who had looked to be dead for the long haul, you know you’re being desperate. 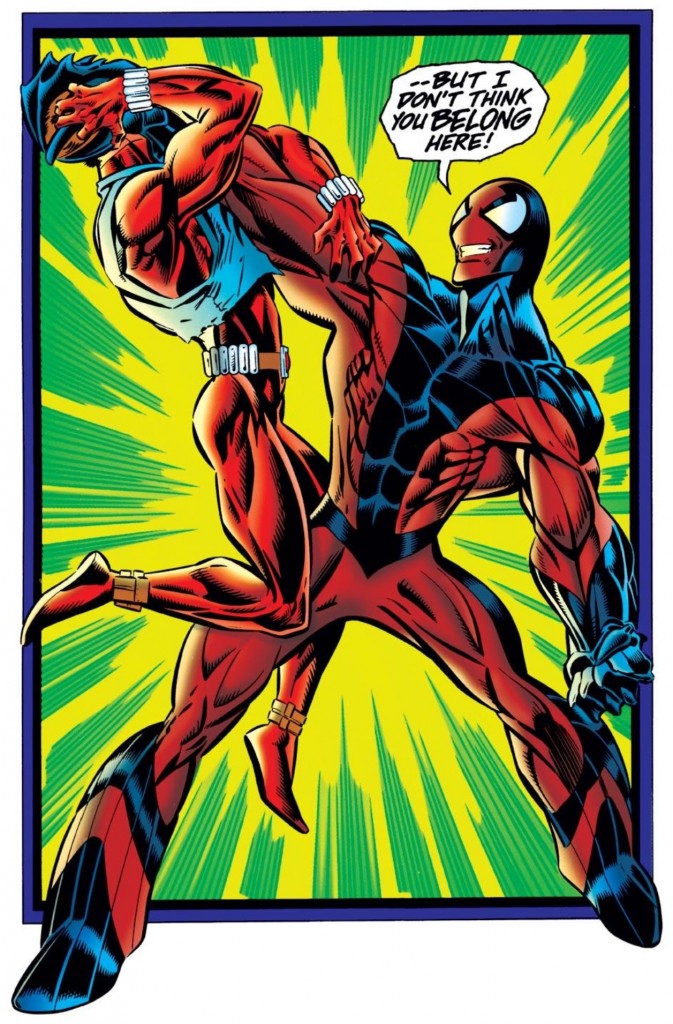 And yet countless Spider-Man fans turned their noses up at this storyline. Just the utterance of the word “clone” today produces instant derision or snarky, sarcastic comments from Spider-Man loyalists. And who could blame them? How can you take a beloved character and then instantly change the status quo up on your fanbase by either killing him off or writing it so that the past umpteen years of existence wasn’t actually “legitimate.” Oh wait…

But was it really the clone saga that drove me from collecting – a gap that lasted more than six years as I didn’t get back into comics until I was in college?

Granted, in addition to the terrible storyline, Marvel also made reading its Spider-Man clone-comics an exhausting exercise. While I’m not opposed to the occasional crossover storyline, it seemed as if anything clone related traversed every Spider-Man series, meaning I was dropping $1.50 or more on four or five different comics a month. They even created a new “Scarlet Spider” series when it was revealed that the clone was the actual Peter Parker. Additionally, many of these issues featured some of the trademarked gimmicks of the 1990s, like special hologram covers, or polybags, etc. 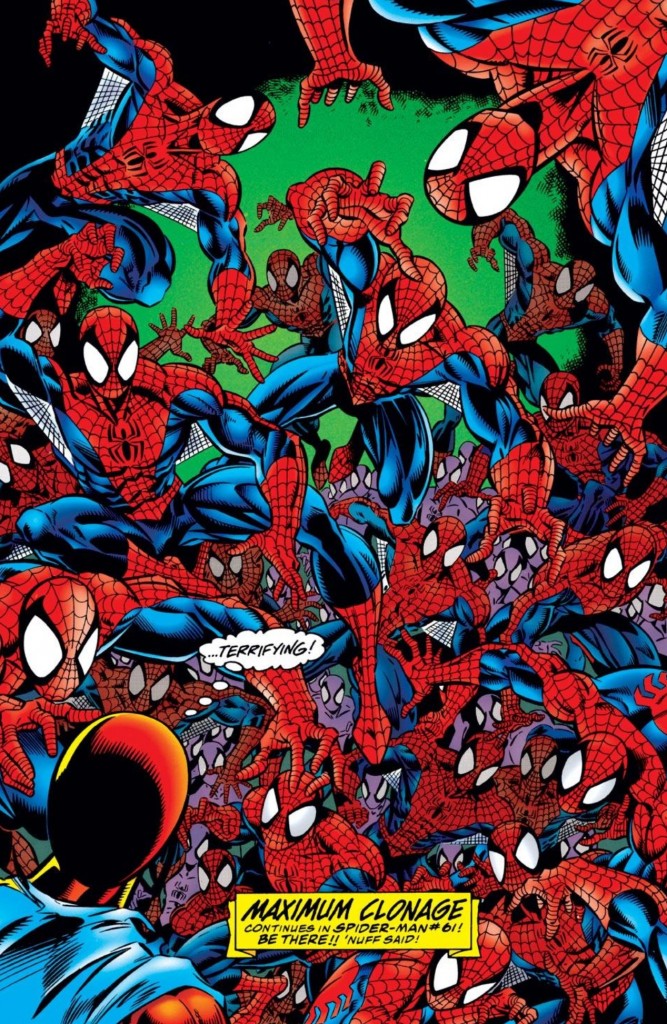 Looking at this issue in hindsight, I think I stopped collecting during the Clone Saga because it came to emblemize all that I came to hate about the comic book industry as a whole. Shocking storylines geared towards generating buzz. Gimmicky covers to create collectability. Too many crossovers draining my limited bank account. The Clone Saga was all about excess, and by the time ASM #404 came out, I had reached a breaking point. It was no longer worth my time to go to the comic book store every month – well, really once a week – if I wanted to read all of the connected issues.

Yes, I hated the storyline. But Marvel has produced some other storylines that have been equally repulsive (hello, One More day). And yet, I’ve maintained my ASM collection through the best of times and the worst. But ASM #404 does prove that the comic book industry is capable of pushing a fan to the brink of exhaustion and eventually indifference. While I eventually came back, ASM #404 demonstrates that no relationship is completely inseparable.