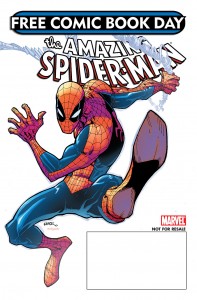 When I was a kid, a free comic book featuring Spider-Man would be something found inside a cereal box or some other promotional giveaway (I even have a memory of a Spider-Man comic being a freebie with a tube of toothpaste and voila, the Internet has confirmed these suspicions). These free issues would very rarely tie-in to the active Spider-Man universe in any meaningful way and pretty much all of them found their way into the garbage can or recycling bin – depending on how environmentally conscious my parents were at the moment.

So, when I heard that one of the giveaways for this past Free Comic Book Day was going to be an issue of Amazing Spider-Man, I had my doubts about the quality. Even though current ASM writer Dan Slott was on the case, and Marvel has events to promote like Spider Island this summer and a new movie due out next summer, I was still expecting drek. In all likelihood, it was going to share the disposed-of fate of my Aim toothpaste Spidey or my reprint of ASM #3 which I got with my bucket of popcorn when I went to go see Amazing Spider-Man 2 at the movie theater. But as I said a few weeks back, I really wanted to get behind the Free Comic Book Day concept, so I went to a local shop in Brooklyn to pick up ASM and countless other free titles.

The free copy of ASM was not without its flaws, but I was generally impressed with the output. This was an honest-to-goodness entry into the ASM canon, which did a bang-up job of introducing the current state of affairs for Peter Parker/Spider-Man, while setting up the hype for this summer’s Spider Island spectacular. 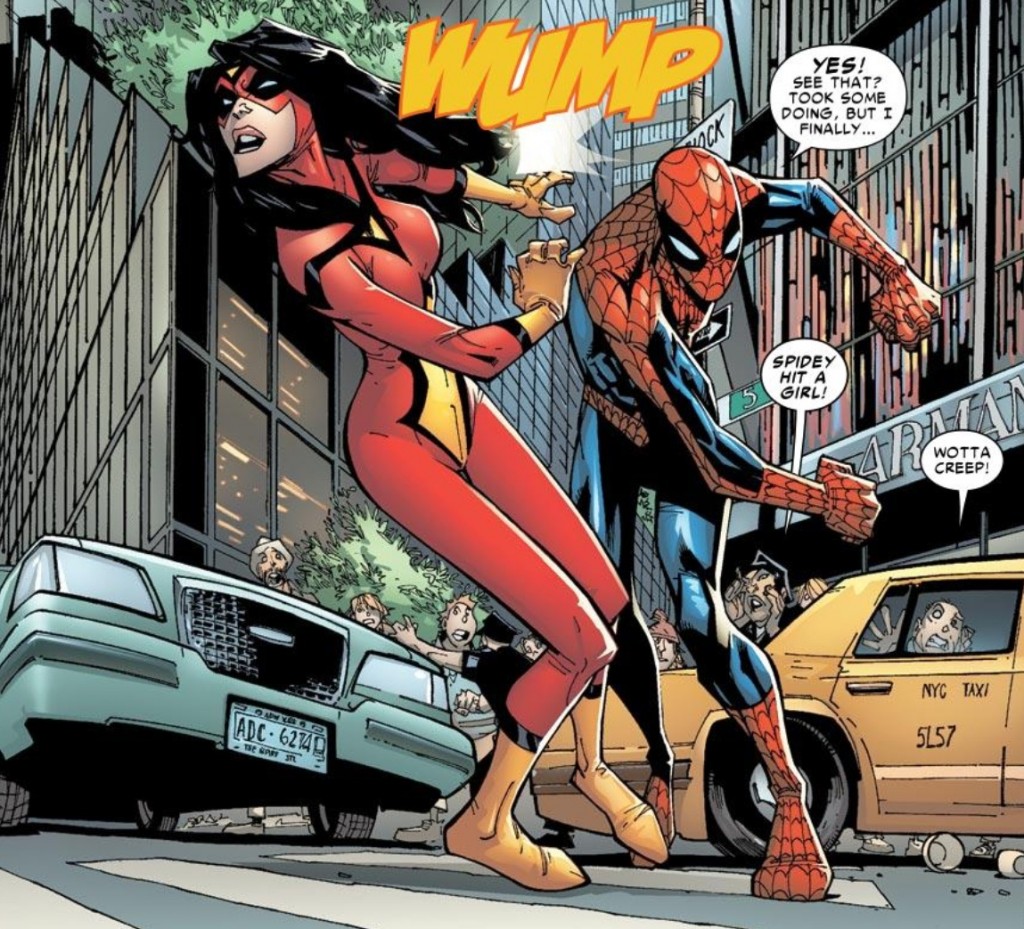 The comic also provided some legitimate plot development. After the now Spidey-sense-less Spider-Man gets his behind handed to him during fisticuffs with Spider-Girl, he seeks out kung-fu master Shang-Chi to get some hand-to-hand combat training. No, this isn’t an earth-shattering event on the level of Green Goblin killing Gwen Stacy, or Kraven the Hunter burying Spider-Man alive, but it does help explain how Spider-Man is being adjusted in light of his diminishing powers. And of course it also serves as another tie-in to Spider Island, as Shang-Chi will the star of Spider Island: Deadly Hands of Kung Fu. 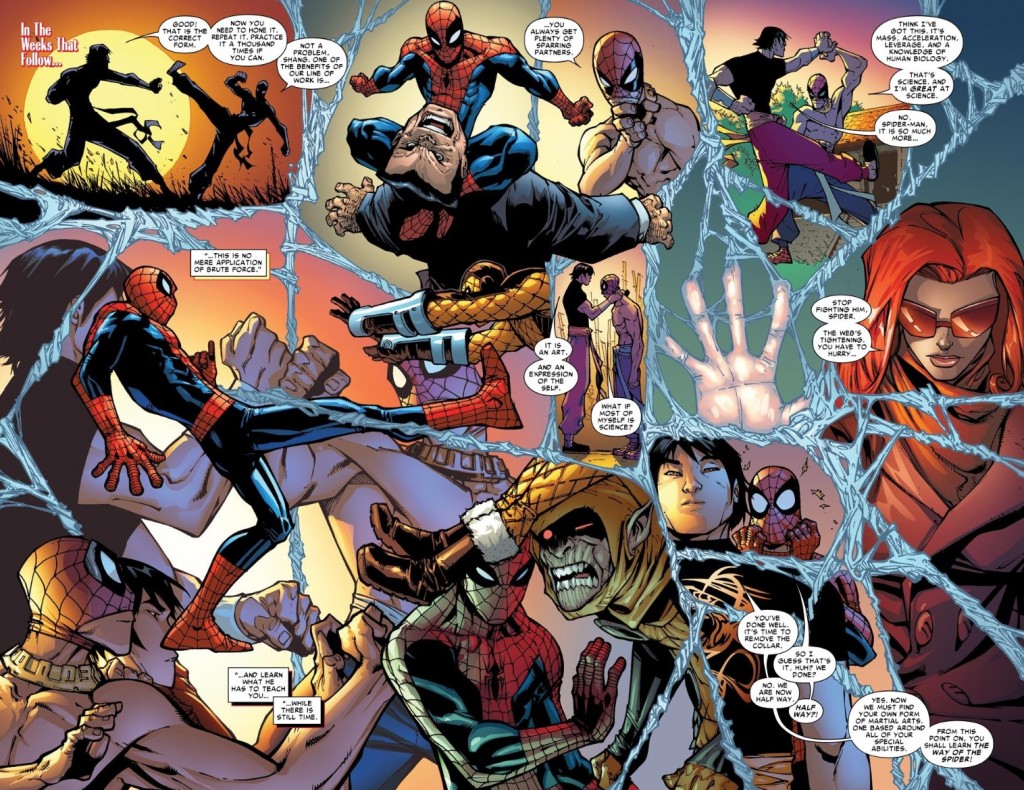 So you got some plot advances, a couple of guest appearances, and a hard sell for what is expected to be the biggest Spider-Man comic event in decades. All for free. There’s been some criticism of this issue circulating the Internet and I don’t quite get it. As I’ve said before, Slott has been doing a stand-up job since taking over as sole writer for ASM, and he certainly went above and beyond in putting together the script for a comic that isn’t going to generate a red cent for Marvel. As a longtime fan, I appreciate that Marvel didn’t just opt to repackage a story from 30 years ago, or distribute some abbreviated short story that advances nothing currently going on in the main ASM universe. 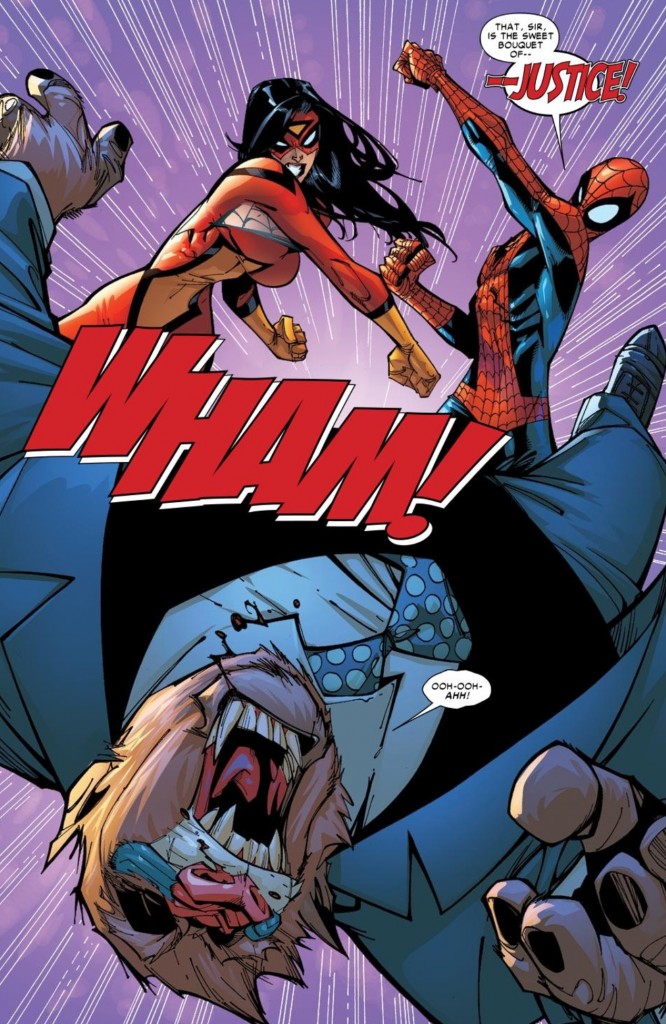 And hey, I might even have something as a collector here. Those Aim toothpaste freebies are netting a couple of bucks a pop right now, so maybe 30 years from now, I can get a solid $2 for my Free Comic Book Day Spider-Man. That’s an incredible rate of return on what I paid for it. Not too shabby.