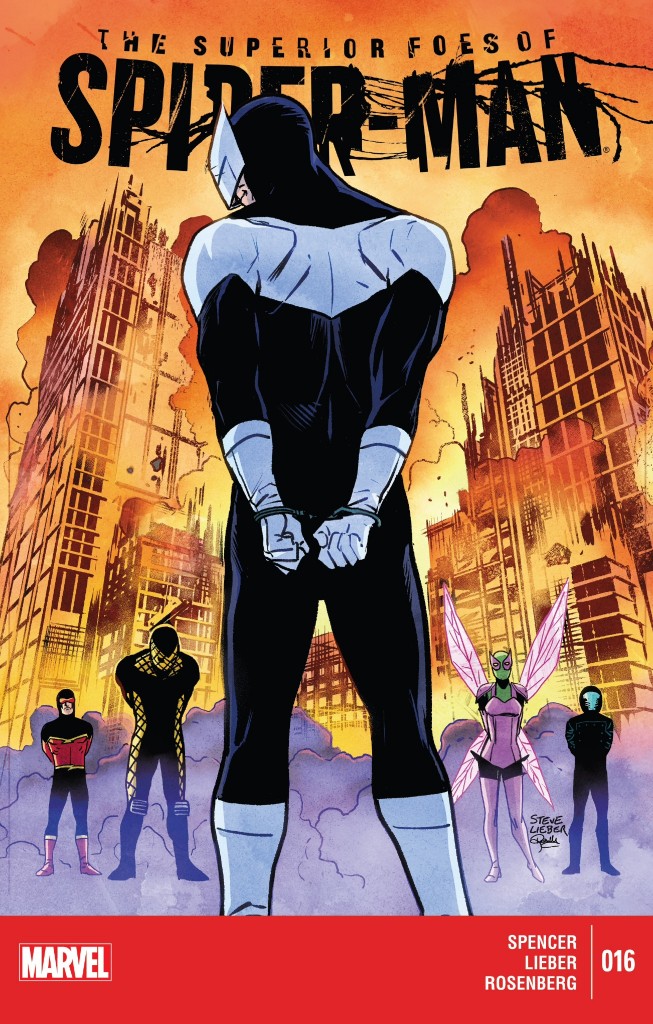 Superior Foes of Spider-Man #16 is not the final issues of the series, and there are still a number of dangling plot points to be tied up next month when the series does (unfortunately) end. But like many of the very best episodic television shows over the past decade and change (Sopranos, Breaking Bad, The Wire), Nick Spencer and Steve Lieber have crafted a penultimate issue of their surprise hit that provides its own unique brand of closure. In other words, this comic is the finale in everything but name only.

Of course Superior Foes takes its cues from some of the greatest television shows of all time, because that’s the kind of critical trajectory this series has been on since it launched more than a year ago. It started with a brilliant first issue that somehow managed to get better as it went along. Sure, there were a few minor missteps along the way, mostly chalked up to an odd run of issues from earlier this year when the series seemed to be caught in some kind of in-between stage of fighting off cancellation and extending the overall narrative arc by a few more installments. But over the last few months, the book is clearly set on sticking the landing and ending on a satisfying note for its entire quirky cast of characters. 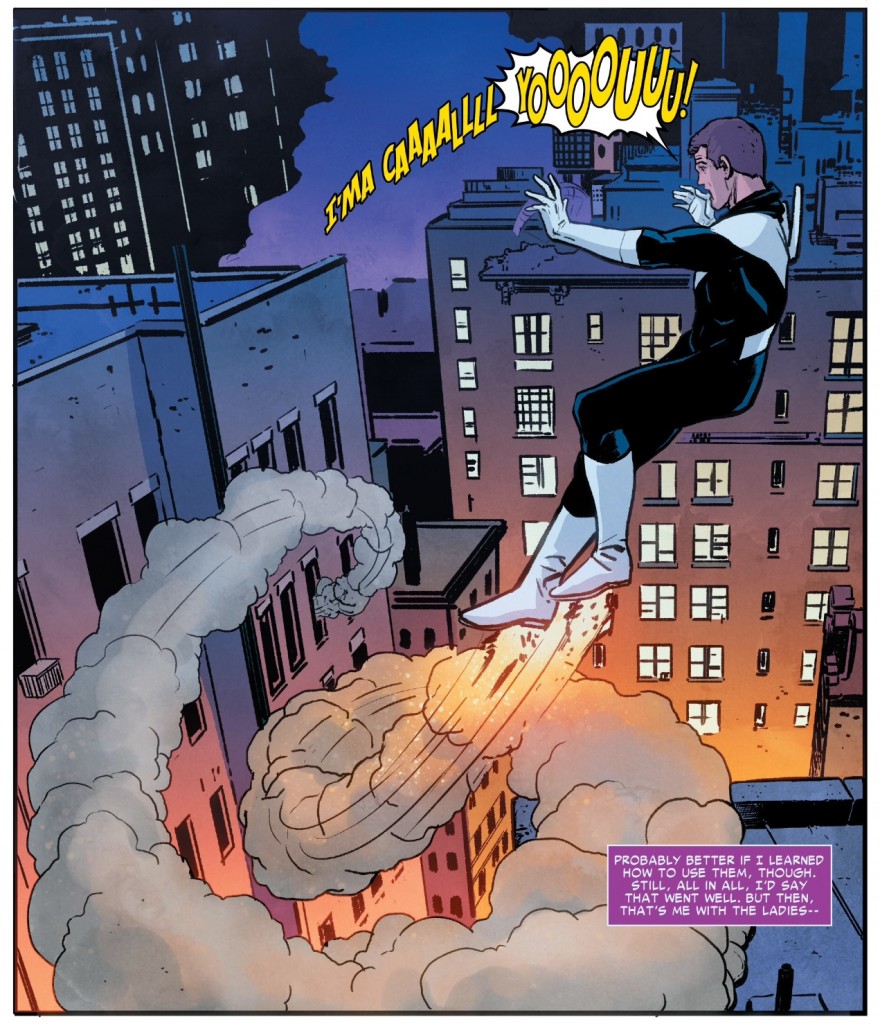 The final image of Boomerang-turned-New York Mets pitcher, Demang Pendak (Let’s Go Mets!) completely captures what has made Superior Foes such a stunning surprise for cynical readers like myself. I’ve already talked about this numerous times, but it’s worth repeating that Spencer and Lieber have taken a book where Boomerang – BOOMERANG! – is the lead character and made it one of the funniest, most entertaining Spider-family books in years. He’s supporting cast is pretty good too, and even cameos by the likes of Chameleon, Owl, Tombstone and Hydro-Man have all been great, but Boomerang is undoubtedly the star of this series and it’s been such a successful experiment I hope a future creative team can come up with some great stories for the character once Superior Foes publishes its final issue next month.

What I mean to say in all this is like a good television anti-hero (Tony Soprano, Walter White, Stringer Bell), I can’t help but cheer for Boomerang and cross my fingers that he’ll come out on the other side victorious (or “winning”), despite the fact that deep down I know that it’s a better than 50/50 shot that our dear protagonist might end up on the other side of a lethal attack from the Punisher (who is also ominously reintroduced in Superior Foes #16). Seeing Boomerang toeing the baseball rubber is not only a full circle character moment, but one that brought me unbridled joy as a reader. 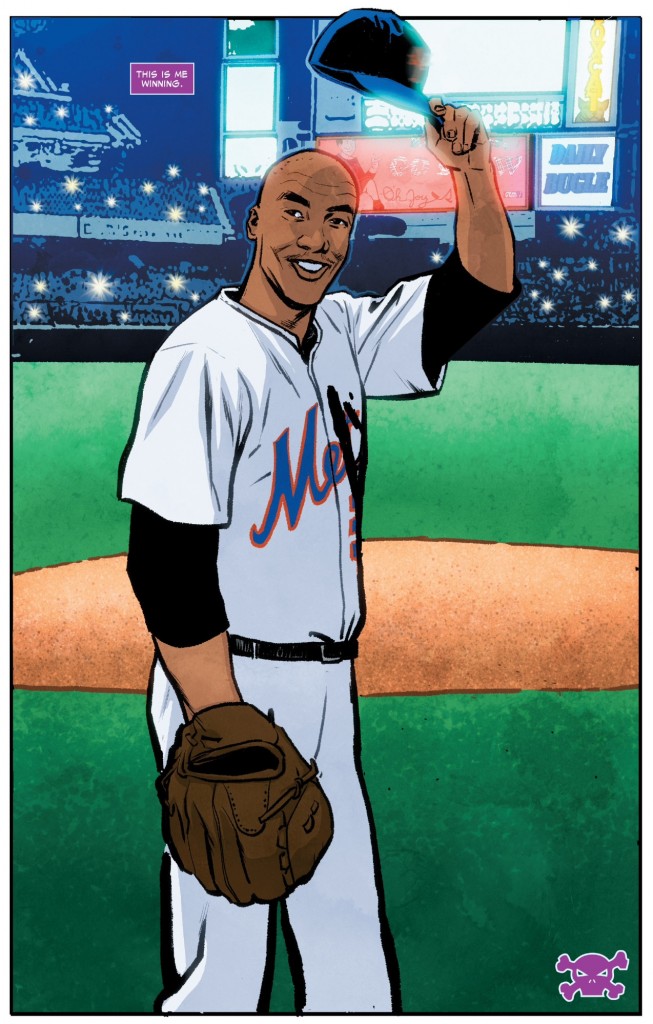 The moment is so smile-inducing, it helped me gloss over a slightly confusing bit of exposition that preceded it involving an assumed beatdown Boomerang received at the hands of the Chameleon and Owl’s men. For any other book, this sequence, where it’s not entirely clear what exactly transpired that allowed Boomerang to seemingly escape unscathed, would be a semi-sticking point for me but I have such trust and faith in the yard that Spencer and Lieber are spinning right now, I just want to see this book until the very end before I cast a single aspersion, even a petty one. That’s when you know a book is good when it clicks like that. 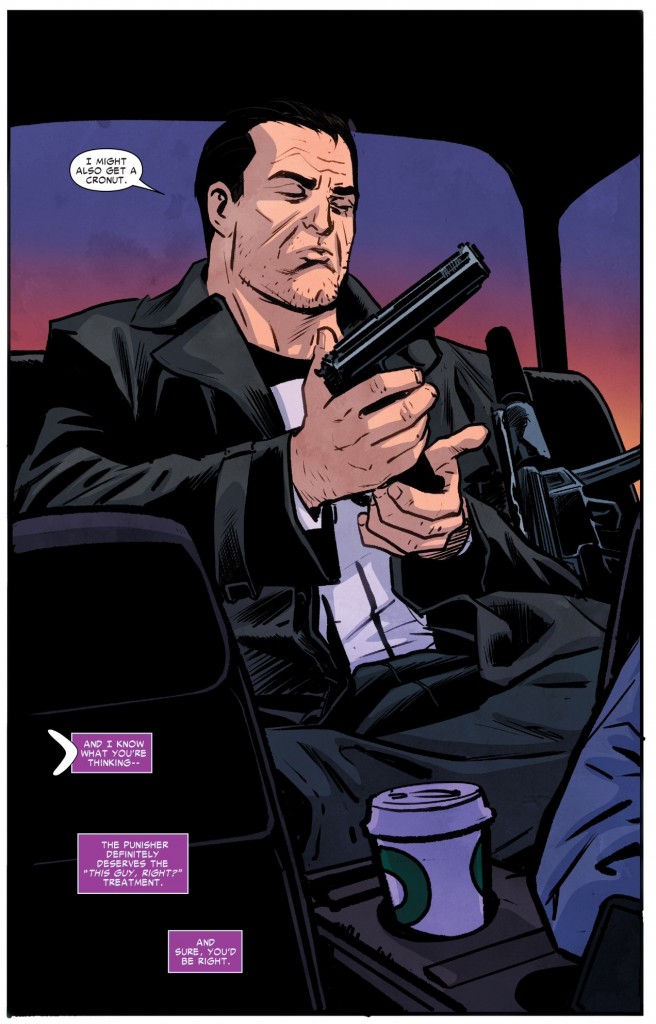 Beyond the Boomerang material in this comic, Spencer and Lieber also manage to succeed in illustrating the full character arc of Shocker in this issue. He went from dopey, scardey cat lackey, to someone ominously telling those who might be taking advantage of him, “no more second chances.” Again, Shocker’s initial characterization in this book was ever-so-slightly off-putting for me as someone who, when he thinks about the character, remembers some of his Silver and Bronze Age stories where he was depicted as a major threat for Spider-Man. However, Spencer and Lieber have shown that they are to be trusted with this cast. Shocker’s journey in this comic has consistently been one of the best parts of the whole series. Headed into the final issue, Shocker’s anger and instability makes him a true wild card much in the way that the Punisher is, which means there are still plenty of surprises coming down the pipeline in a few weeks. 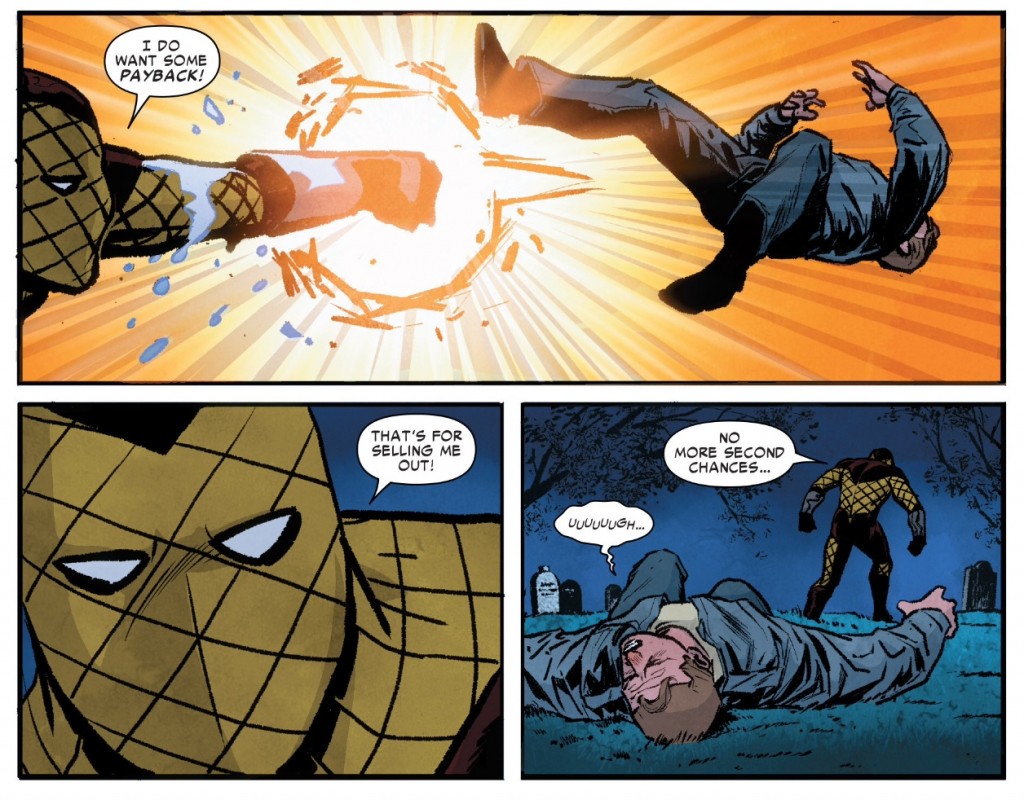 It’s always dangerous to have high expectations for an upcoming comic, especially when that stands to end a well-received/fan favorite series, but I’ve seen no signs from the last few issues of Superior Foes that would lead me to tread cautiously. When it’s all said and done, I believe Superior Foes is going to have a special place in the heart of Spider-Man fans, and comic book fans in general – especially those who favor books with funny and interesting characters. All of this from a book starring Boomerang. Just goes to show that sometimes that things we love most come from some of the most unexpected places.