Home  »  Spidey Spin Offs   »   Spidey Spin-Offs: Venom #15 and the Over Avengers-ization of Marvel 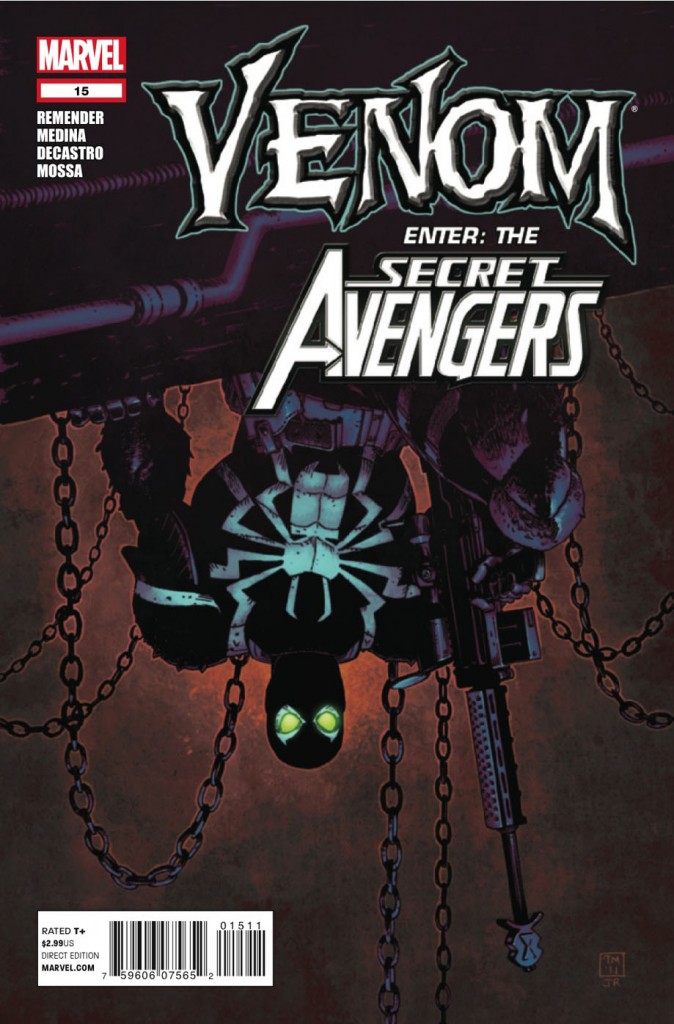 As someone who has admittedly not read many Avengers-based comic books over the years (even the recent iteration of the “New” Avengers which features Spider-Man as part of the group), this statement may be coming from a place of ignorance, but I find the involvement of the Venom symbiote in any kind of superhero group to be extraordinarily off-putting.

I understand that the Avengers are notorious for grouping together superhero personalities that don’t always seem to make sense – heck, the ultimate loner, the Incredible Hulk, was one of the original group members, and in a number of the teasers/trailers for the new Avengers movie, group discord seems to be one of the studio’s selling points. But seriously? Venom? I don’t care if it’s Flash Thompson, Eddie Brock, Mac Gagan or really anyone wearing that suit. Venom is not a superhero. And while that’s been a major theme of Rick Remender’s since they launched this Flash as Venom series last year – how do you define a hero? – I would think an assembly of Earth’s “mightiest” heroes could at least understand that anybody who relies on a symbiotic alien known for sucking the life out of its hosts does not belong in any kind of a supergroup. 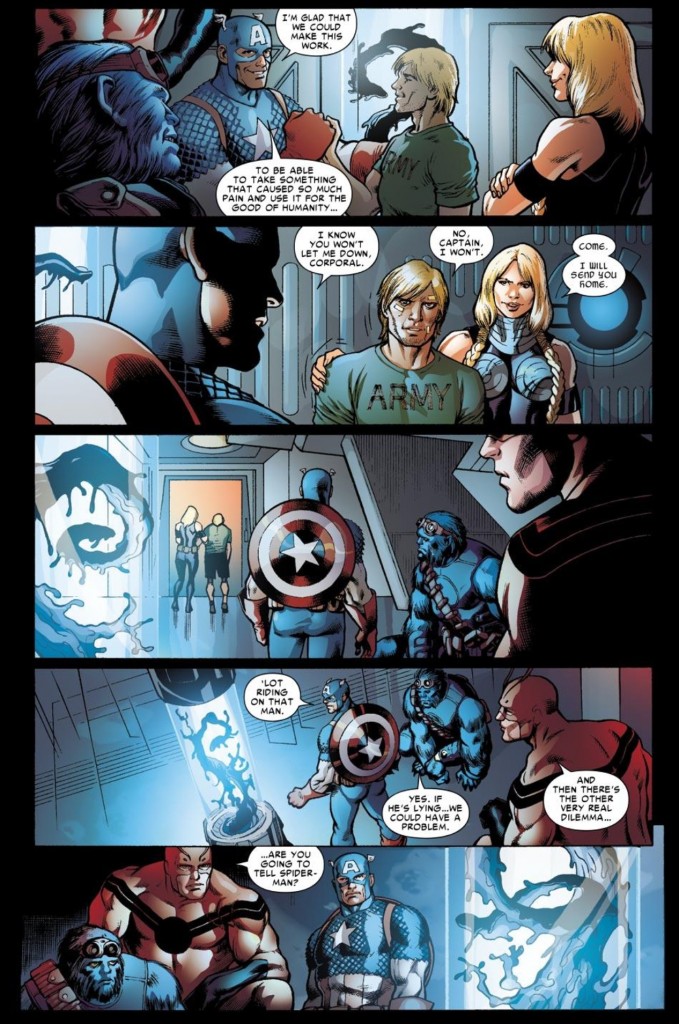 What’s worse from my vantage point is that this bizarre premise isn’t even saved by Remender’s set-up. That being Flash/Venom is officially part of the team, but everyone is a little suspicious of his relationship with the symbiote. So rather than cut off Flash’s contact with the suit completely, the Avengers plan to keep the symbiote on lockdown and Flash will be able to access his powers with a simple phone call instantaneously. So he needs permission from his “parents” to get his costume, but access is still pretty seamless? Sure. That seems failsafe. 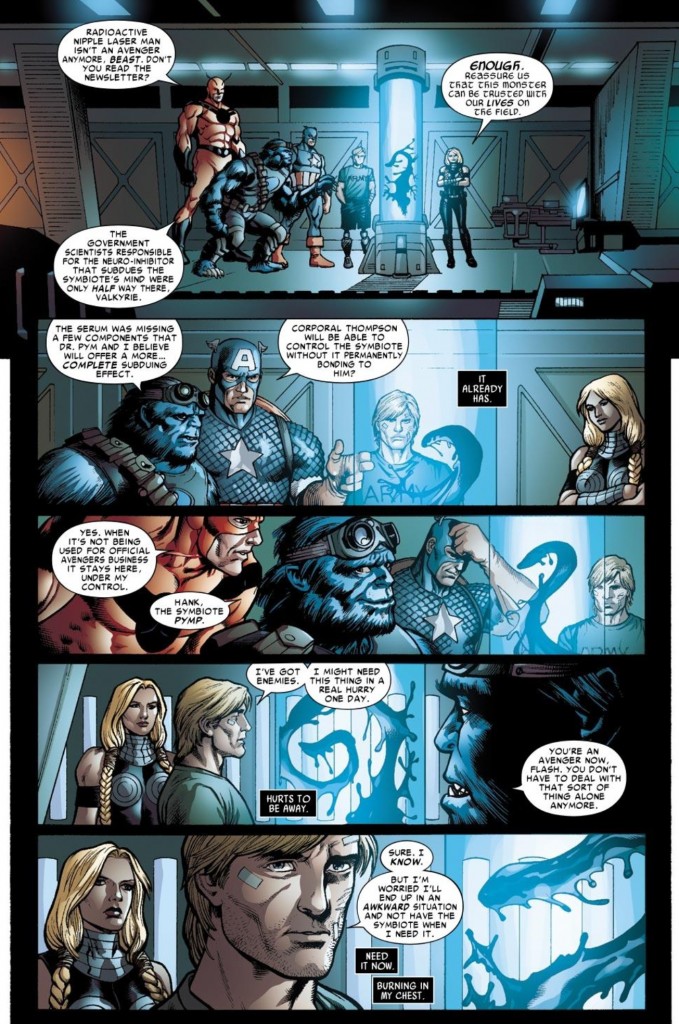 Additionally, we get the million-dollar question floated and then promptly ignored (though I’m sure it was designed to be more of a teaser to be answers in a future issue than anything else) but “who’s going to tell Spider-Man?” You know, I have problems as it is with Spider-Man as a member of the Avengers for reasons that I’ve mentioned far too many times for people to care about anymore, but you got to think that upstanding guys like Captain America and Hank Pym would have thought about Spidey’s feelings before bringing aboard an alien being that’s essentially based on destroying him for more than two decades in real-time history. It’s the little things. 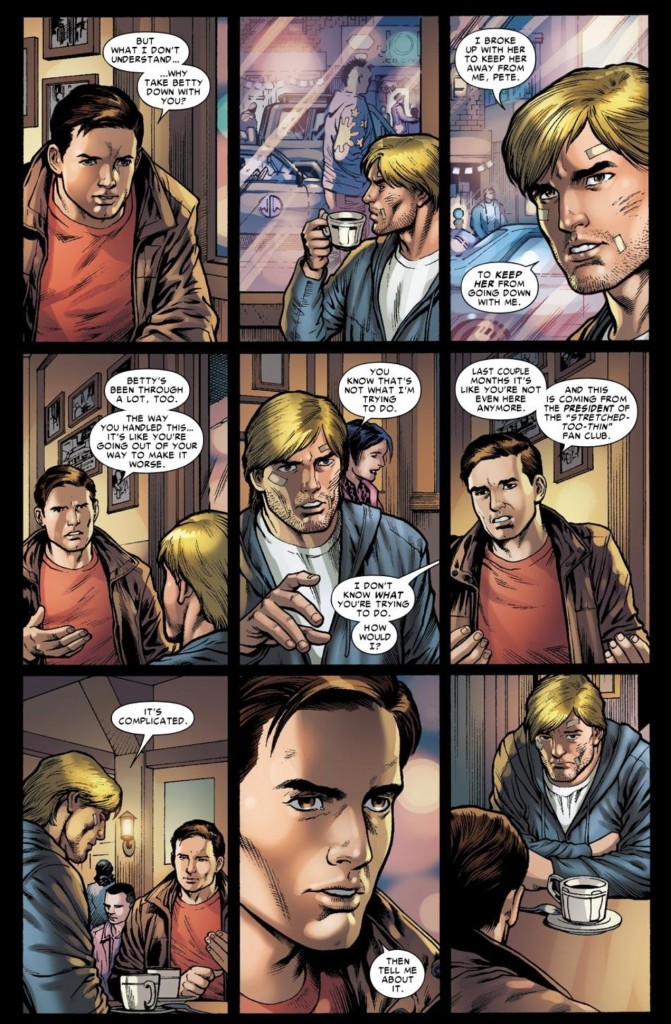 Other than that, I realize that the fact that Flash/Venom is so WRONG for the Avengers is precisely why Marvel wanted to add him to the group, but I still find the “Avengers-ization” of the Marvel universe to be a lazy approach to storytelling and conflict. It appears like whenever Marvel hits a dead end with a character, one of their solutions is to throw him on one of the Avengers teams. That certainly describes how Spider-Man finally made the cut in 2005. Beyond that, I also find what Marvel is doing a cynical way to get people to buy more comic books. By co-opting essentially every major superhero/character with a little bit of popularity, Marvel is forcing people to buy more comic books every month/week in order to keep with their favorite characters. There’s no other explanation to explain how guys like Wolverine, Daredevil or the Thing could possibly be involved in a group like the Avengers. Now you can add Flash’s Venom to the list, despite the fact that it really makes no sense.