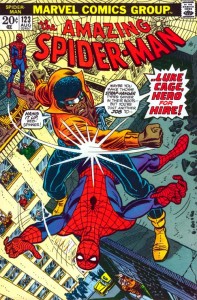 As I alluded to in last week’s “remembrance,” my re-entry into the world of Spider-Man comic book collecting was very deliberate, filled with countless one-toe-in-the-water moments that ultimately went nowhere. In general, I have a tendency to get obsessed with certain things and then abruptly burn out, lose interest and have nothing to show for my obsession except more stuff. That’s how I ended up with probably more than 1,000 CDs in my possession – a list of the “Top 500” albums of all-time by Rolling Stone put me in a mood guided by nothing but tunnel vision to buy all of the albums of the list and then some. I didn’t come anywhere near completing this task, and I guess you could say I own a lot of great music as a result, but I also have about 8 of those oversized CD albums taking up valuable real estate in my Brooklyn apartment.

Even currently, as I’ve been slowing down the ASM buying in an effort to bank more money, I’ve been exploring more trade paperbacks of other comic book characters. It’s one of those “one thing leads to another” kinds of situations, where one can’t buy a copy of All-Star Superman, without looking at other Grant Morrison stories and a super-sale of Marvel’s “Essential” series at a local bookstore had me walking home with some old school Captain America collections for a pittance. But I know deep down that this is just a phase and a year from now, I’ll probably go another year and change before buying another TPB collection of comic book goodness.

ASM #123 is significant to the timeline of my collection because it so perfectly encapsulates my deliberation to collect. I had spent so much time and money my first time-around in high school that I didn’t want to go back into collecting ASM unless I knew I had the perseverance and testicular fortitude to do it for the long haul. It’d be one thing to buy some current issues, or to even get some recent back issues from the $1 box at a local comic book store, but the purchase of a Bronze Age ditty like ASM #123 would signal more than that. I would be dropping more than just a few dollars on a decent copy and if I was going to buy that comic book, I was going to have to consider buying many others that I was missing from that area – which in this case was damn near every copy of ASM in the 100s save for a small handful. 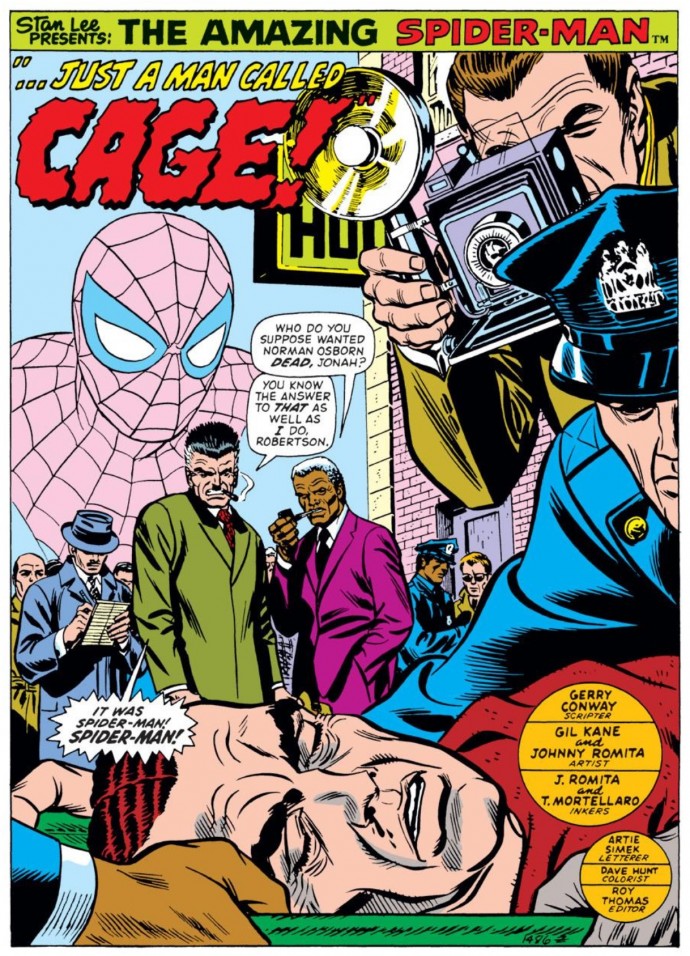 Why did I apply so much significance to ASM #123? I saw it as a natural jumping off point for someone to start collecting Amazing Spider-Man comic books. It’s the issue immediately following what is deemed the most significant storyline in the history of the title in the death of Gwen Stacy/Green Goblin arc in ASMs #121-122. And I’ve always viewed ASM as being separated into two time-periods, before Gwen’s death and after (which interestingly enough, some comic book historians consider to be the transition of Silver to Bronze Age). Issues prior to #123 I placed on an even loftier pedestal of collectability, i.e., they were probably too expensive for me to own at that point anyway. However, to make sense of all this rambling, let’s just say I saw ASM #123 as the first collectible, yet affordable issue that was missing from my quest. 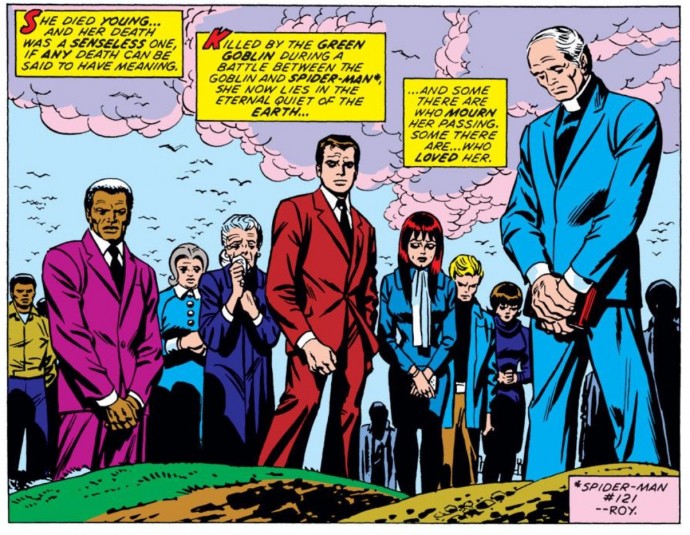 As a result, I had a number of near-purchases involving this comic book. There was one random night in college where I found myself in New York’s East Village killing time before meeting up with some friends. I wandered into a comic book store that was hours from initiating a “50 percent off” sale of all of its back issues (or so the salesman said). As such, despite not having picked up an ASM back issue in years, I was faced with a do-or-die choice – get first crack at some discounted goodies or wait another day (or never go back) and never get a deal so good again. As it stands, I stood pat and the copy I eventually found I purchased for much less anyway (so much for a “sale”). However, perhaps if I was faced with such a situation a few years after or many years before, I would have just laid out the money then and there and would have picked up this important “benchmark” for my collection. 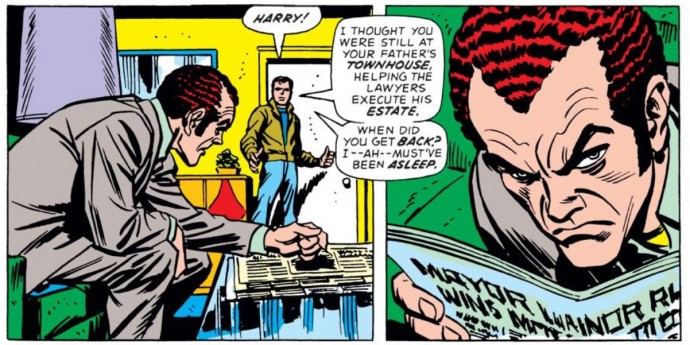 Over the next year and change, I had countless other flirtations with this issue, all ending in the same result – I didn’t buy it. I was afraid of what owning this issue may symbolize. Even when I picked up a few other back issues (like Volume 2’s #1), I still held off reaching back to the Bronze Age. Again, comic books that had come out the past 4-5 years was one thing, but going back for something that was older than my brother required a completely different mindset and level of commitment. 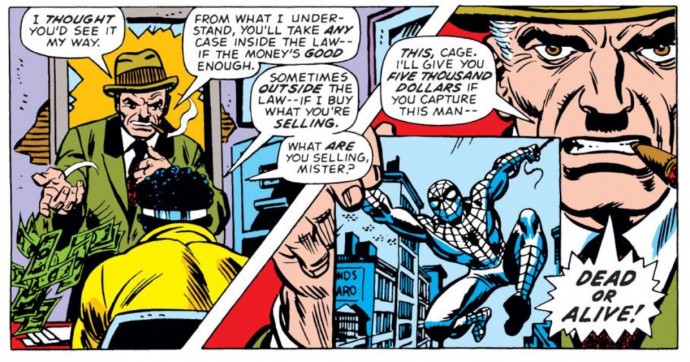 Obviously, I eventually caved and found a dealer online who sold me ASM #123 along with 124, 125, 126 and 128 (why 127 was missing is beyond me) for a very reasonable bulk price. Add in free shipping and I had officially made the plunge. And the purchase marked a monthly tradition that I maintained for a number of years until my son was born in November – setting aside a modest amount of discretionary income every month for comic book purchases. I allowed myself to buy as many or as a few issues as that amount could cover (hence, me referring to it as my “allowance”).

And I’d like to think that it was my disciplined approach to collecting these older issues that helped push my desire to own every issue of ASM from an obsessive “phase” to an actual quest that should one day be fulfilled. Not bad for a comic book with Luke Cage on the cover.