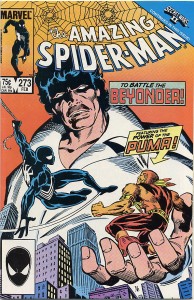 While I’m undoubtedly a Spider-Man fan and enthusiast, my introduction to the Marvel universe and eventually Amazing Spider-Man comic books came through Marvel’s Secret War series in the mid-1980s.

Granted the aforementioned issue in this particular remembrance, ASM #273, is actually a tie-in to the less successful Secret Wars II series. No matter. Whenever I look at the front of this issue or here the mention of the “Beyonder,” my brain instantly takes me back to the original Secret Wars. If you want to call my post out for this technicality, then you can get off the ride here.

Great, you’re still here. As I was saying, Secret Wars was really my introduction to the Spider-Man universe, and considering I was only 4-years-old when the series initially came out, Marvel’s Secret Wars action figure line could be credited for truly sparking my imagination. While I couldn’t read when the series debuted, I knew enough (from my own observations of pictures, and of course some assistance from my older brother) to gather the whole “good guys” and “bad guys” dynamic. Doctor Doom was bad. Captain America good. Doctor Octopus bad. Spider-Man good. What a second, why do I have two Spider-Man figures, one dressed in red and blue and the other all in black? There’s got to be a story behind that, right? 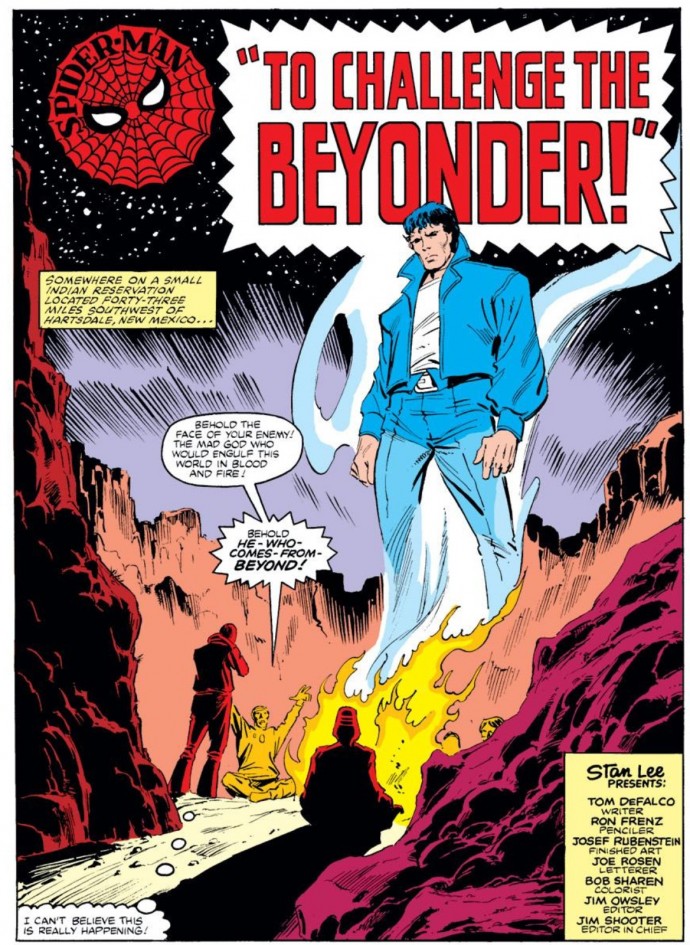 Eventually when I was old enough to read, I went to my local baseball card store/comic book shop and sifted through the back issues and purchased every copy of Secret Wars I could find. I never owned all 12 issues. But hindsight has taught me that I owned the important ones, including the debut issue with its iconic cover of every Marvel character you can imagine practically leaping off the page, and of course, #8, which you web-heads should know was the officially explanation/origin’s of the black suit/alien symbiote. In a stroke of luck, I picked up these comics just before Eddie Brock/Venom was introduced, so I probably paid all by a few bucks for issue #8, which would become more popular and expensive once the world was captured by symbiote-mania.

While I cherished these comic books, I couldn’t actually tell you about any of the intricate plotlines or occurrences in these issues. I have vague memories – something about Doctor Doom versus the Beyonder. Of course the black suit saga was a big deal for me, but it didn’t really register as a monumental moment in Spidey history until years later when Venom and Carnage debuted and there would be a footnote referencing Secret Wars #8 in ASM on a routine basis. But that doesn’t mean this series didn’t have an impact on me from a pop culture standpoint. Why else would I be wasting a blog post talking about my childhood connection to it based on the cover of an unrelated 1980s comic book if there weren’t strong lingering memories here? 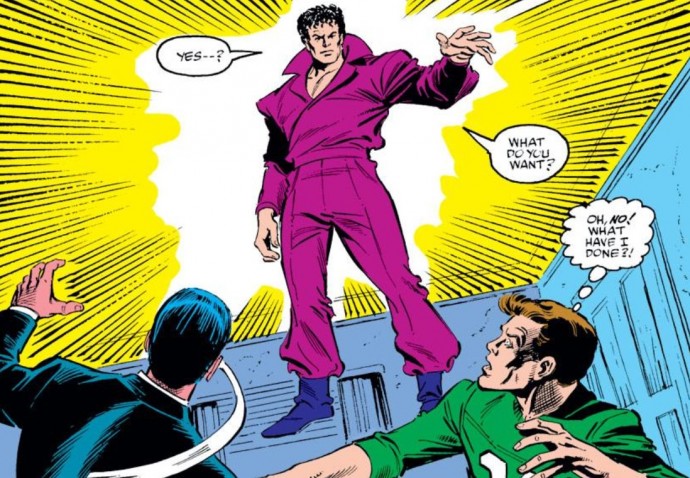 Sadly, I was unable to hang on to any of these Secret War comic books, including what should be for me, the cherished #8. Like most of my “collectible” possessions during the first 5-6 years of my life (this also includes baseball cards) these comic books weren’t built to stand the test of the time, or the very least, weren’t built to withstand the constant handling of a precocious kindergartner. A trade paperback feature the original 12 issues was recently (re)released by Marvel, and I’ve been strongly considering picking it up so I can relive some of my vague memories, and possibly forge some new ones by finally giving this series the reading it warranted. Though a part of me is hesitant to dive in at this stage of my life because I’m afraid I’m just going to find the series to be a bloated marketing grab-bag of silliness like a number of other “major” events put forward by the comic book industry (*coughfearitselfcough*).

The action figures also seem to be a distant memory, though I’m convinced if I can just wade through the piles of junk in the basement of my parent’s house, I might be able to dig out a few of these toys that I can one day give to my son as part of his introduction to the world of Marvel. Interestingly enough, one of those figures, Black Suit Spider-Man, has been on the windowsill of my parent’s kitchen for years. My mom was out gardening in the backyard and found the figure buried where she normally plants her tomatoes. Was young Mark trying to recreate the Kraven’s Last Hunt storyline and bury Spider-Man alive? Who knows, but it’s always amused me that the last item connected to the Secret Wars that tangibly exists in my life is Black Suit Spider-Man. It’s as if the universe is agreeing that the Spidey-centric direction I went in post-1985 was the right one.