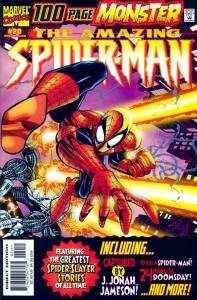 While there are a number of things about the universe I don’t pretend to understand, one specific item that has confounded me for years was the seemingly exorbitant price for certain copies of volume II Amazing Spider-Man comic books.

Actually, I never truly understood why Marvel even decided to create a “volume II” for ASM, but that’s a topic for another day. When I became fully determined to restart my lifelong quest to own every issue of Amazing Spider-Man less than a decade ago, one of things I first needed to do to reestablish myself was to fill in the gaps from the mid-to-late-1990s when I had stopped buying comic books altogether. Considering I quit collecting at the peak of the comic book industry boom, I expected that the bulk of these missing issues would be relatively easy to track down and cost pennies on the dollar – you know, the cost of pretty much every single early 1990s comic book save one or two really special ones that had a limited circulation.

Instead, I found that tracking these issues down was true yeoman’s work. Any local comic book shop that I walked into would inevitably have every single copy of ASM from around 1990 to 1998, with a couple of holes here and there, and then the same steady stream of volume two issues would be missing – starting somewhere around issue #10. The lot of back issues would inevitably pick up again somewhere around issue #37 – one after the WTC tribute issue – right in the heart of the J. Michael Straczynski/John Romita Jr. run that reinvigorated the series. And when I was fortunate enough to track down a copy of one of these missing issues, I got a bit of sticker shock by the asking price. Some of these puppies were selling upwards of $20, which may not sound like a lot when compared to what I casually drop for a comic from the Silver Age, but for something that was (at the time) less than 10 years old, it seemed a bit out of left field. Weren’t there copies from the Mark Bagley era selling for about 25 cents a pop at comic book shows? 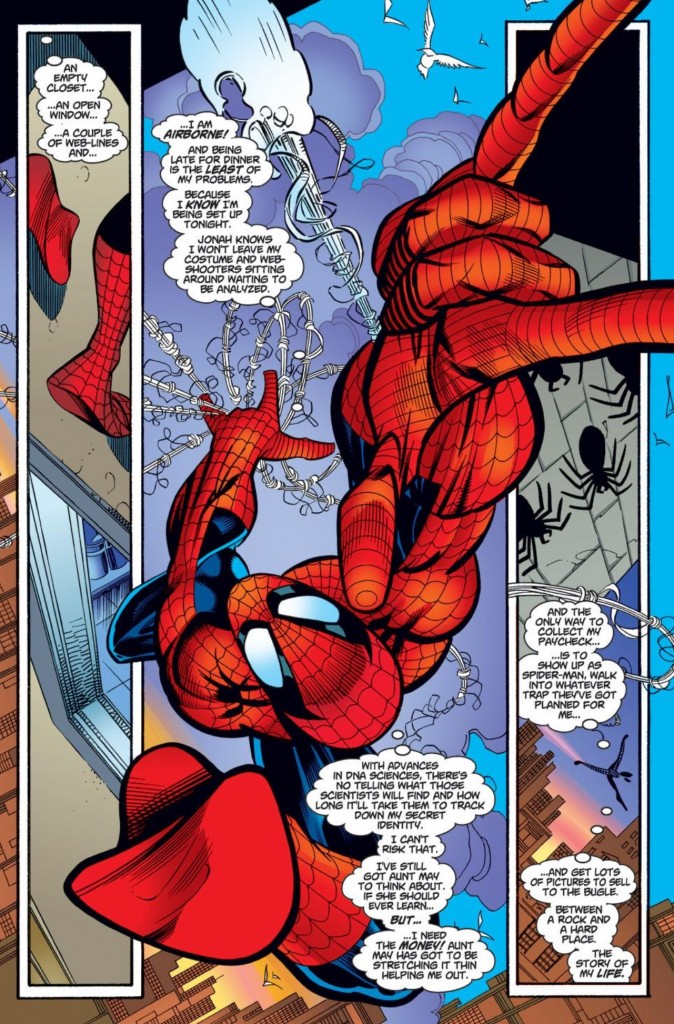 As a result, I developed a theory that I’ve never had anyone in any official kind of capacity verify for me, so if I’m way off, I would love to hear the “real” reason why these comic books were so hard to find and cost so much more than the bulk of their modern-era predecessor issues. Since these comics came out a time immediately after when Marvel filed for bankruptcy protection, I always assumed that the circulation of these comic books was anemic at best. And as simple supply and demand economics will tell you, low supply and more demand equals higher prices. At least this is the premise I’ve convinced myself is true to help justify paying more than what I thought was reasonable for a comic book that had come out when I was in college.

And if it’s not true, and there are some other reason that explains this instance of comic book inflation, then I should be really kicking myself over my acquisition of ASM #20. According to my memory, this comic book came out shortly after the Sam Raimes Spider-Man movie debuted. Seeing that movie for the first time in the theater brought back a wave of memories about my collection and while I dabbled with the idea of going back and buying some back issues for old-time sake, I wasn’t ready to start getting new issues as they came out again until I was convinced I was invested in my collection for the long haul. 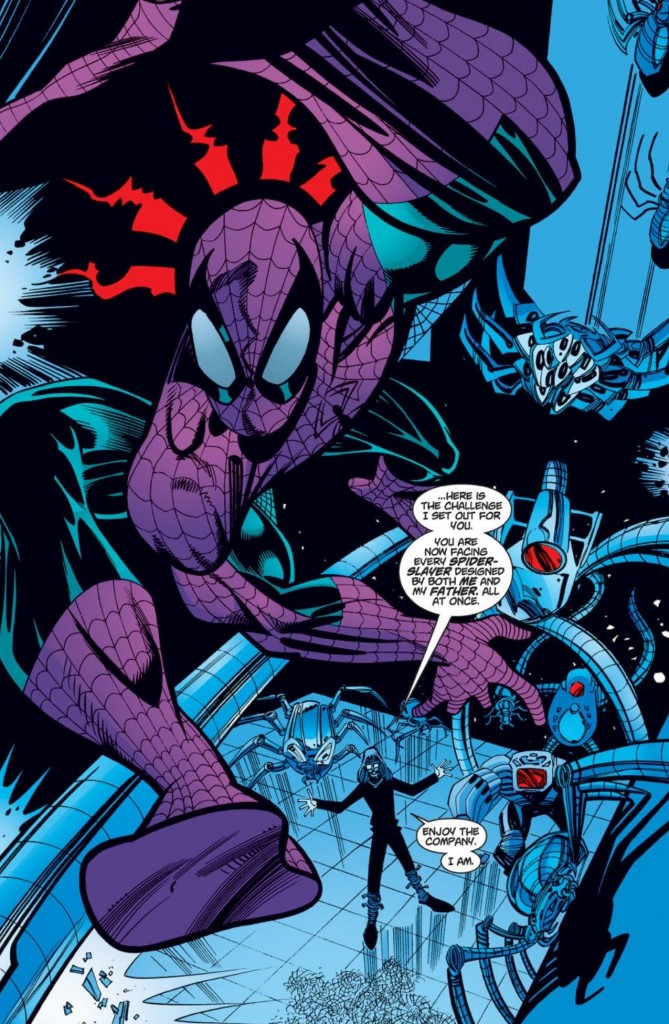 Regardless, that didn’t stop me from dropping a couple of bucks for a copy of ASM #20 after a night of some drinking and celebration that culminated with me needing to waste some time in Penn Station, waiting for the next Long Island Rail Road train to take me back to my parent’s house on Long Island. I remember thumbing through the issue, which featured a brand-new Spider Slayer story and reprints of a couple of old-school slayer stories, and being beyond bored with it. I’ve never been much of a Spider Slayer fan, period. I’m guessing they have to be somebody’s cup of tea, because they always seem to be rehashed and on a couple of occasions incorporated into some key ASM storylines (like last year’s Big Time storyline that resulted in the death of Marla Jameson). Anyway, due to my lack of interest, and because I was still under the assumption that new comic books were a dime a dozen, I folded and rolled the comic out and eventually discarded it as if it were a used-up magazine.

A few years later, when I was faced with having to buy a copy of this issue again in order for me to complete my collection of ASM, I was beside myself over the fact that I had picked up this comic book for cover value and was now faced with having to spend significantly more just to fill a hole in my quest. I was thinking about how far I came as a collector and how I thought I was no longer the careless kid who would often read a comic book until its cover fell off (leading to me having to re-purchase a number of comic books that came out when I was a young child, most notably ASM #300). And yet, I had made the same kind of careless mistake again, except this time, it was going to cost me real money out of my pocket. 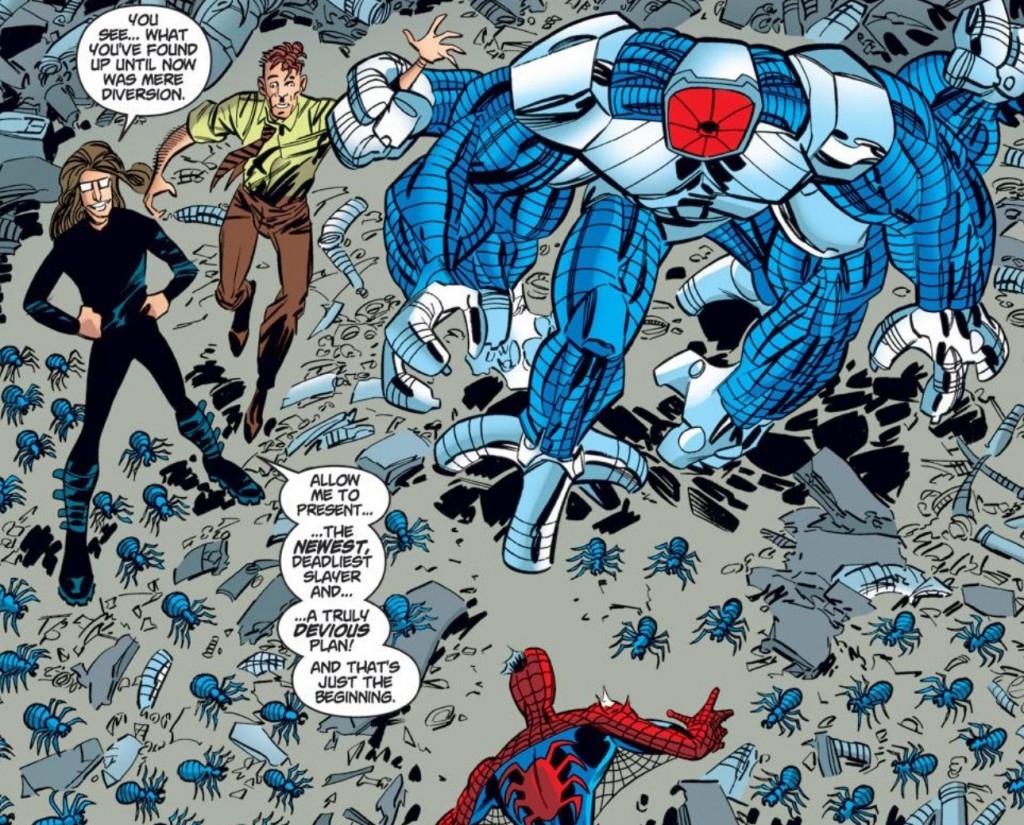 But obviously, lessons were learned. There were a number of reasons why I decided to do a mail-order subscription for ASM, but a contributing factor was my experience with issue #20. I didn’t want to be faced with the task of going out to a store, maybe not in my 100 percent best frame of mind, buying a comic for my collection, and then bringing it back home in one piece. By getting an issue by mail every month – despite how long it sometimes takes Marvel to send the things out to me – I was ensured of receiving every single issue in a high-quality condition, which I could then read, bag and board.  Also, if Marvel ever went to a incredibly low print-run again, as I always assumed was the case with these volume two issues, I would never have to worry about going out and paying an inflated price for a comic book that was otherwise difficult to track down.