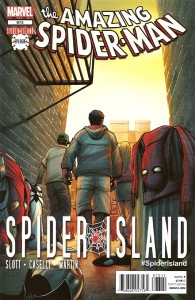 I think it’s tough for anyone to admit to a mistake, especially one that was made despite (or some believe in spite) a lot of howling, pouting and foot-stomping from long-time fans. So I’m apt to give credit for when a mistake is rectified, especially when it’s done in graceful, subtle fashion.

Let me not mince words. The unofficial “reboot” of the Spider-Man status quo initiated by the One More Day/Brand New Day storyline was a mistake. I’m not just talking about the ridiculous annulment of the Peter/Mary Jane marriage. What upstaged that decision in the stupidity department was the “magic” mind erase that wiped Spider-Man’s secret identity from the collective memories of people across the Marvel universe. It’s been more than three years since this new status quo kicked off. We had countless comic books released since then. Perspective has been achieved. It’s still okay to blunt about it. It was a terrible, lazy and awful idea. The bulk of the blame is laid at the feet of then-Marvel editor-in-chief Joe Quesada, but I honestly don’t even care anymore. I’m just glad that someone currently writing Amazing Spider-Man has the sense to move on from this era, and kick off a brand new one.

In my post about Amazing Spider-Man #672, I mentioned that current ASM writer Dan Slott produced one memorable storyline in Spider Island, in large part because rather than having Marvel’s flagship character languish in a world of poor editorial decisions, Slott has decided to move onward and upward– staying true to Spidey’s roots, while also keeping him fresh. This is all set-up in ASM #672. In ASM #673, the official “epilogue” of Spider Island, the new direction is fully laid out. 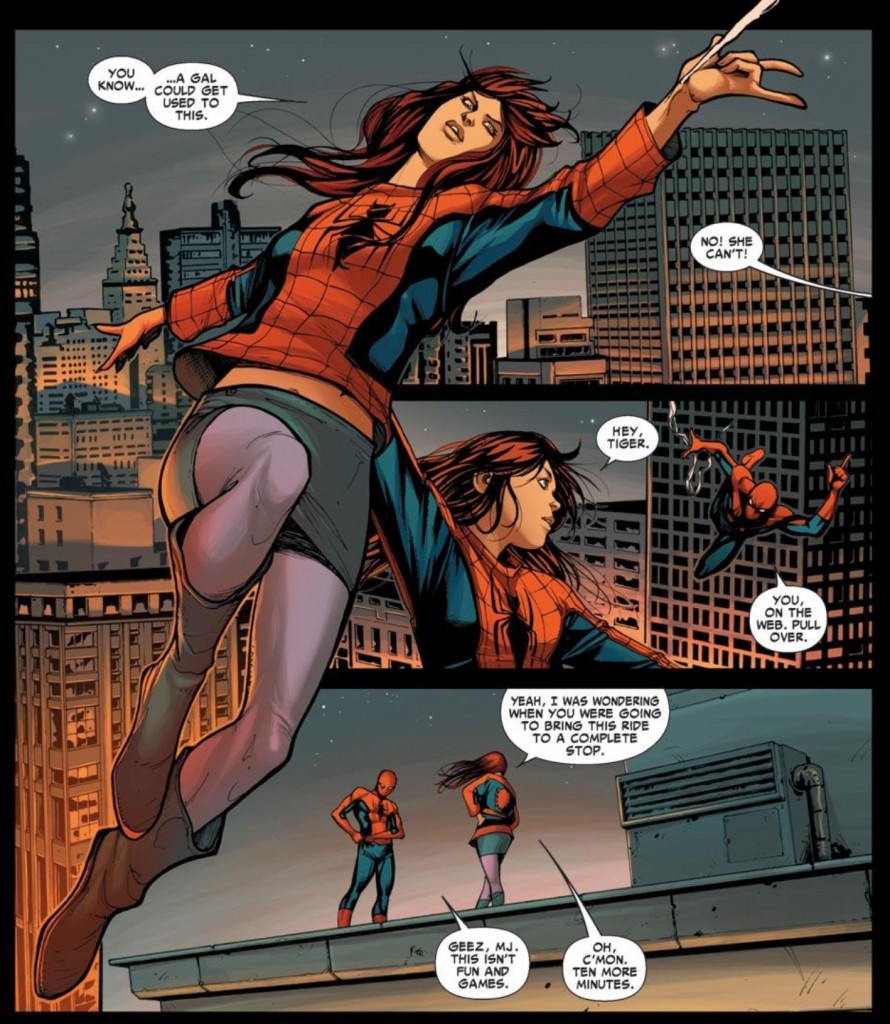 Readers get a little bit of everything that they should love about Spider-Man. The end of the maligned Carlie Cooper relationship and the potential for new romance between Peter and Mary Jane? Check. A revisiting to one of ASM’s classic themes dating back to the days of Stan Lee (how Spider-Man always saves the day, yet never gets the credit publicly that he deserves)? Check. And most refreshingly, the apparent end of the mind erase storyline. Check, double-check, check-mate. 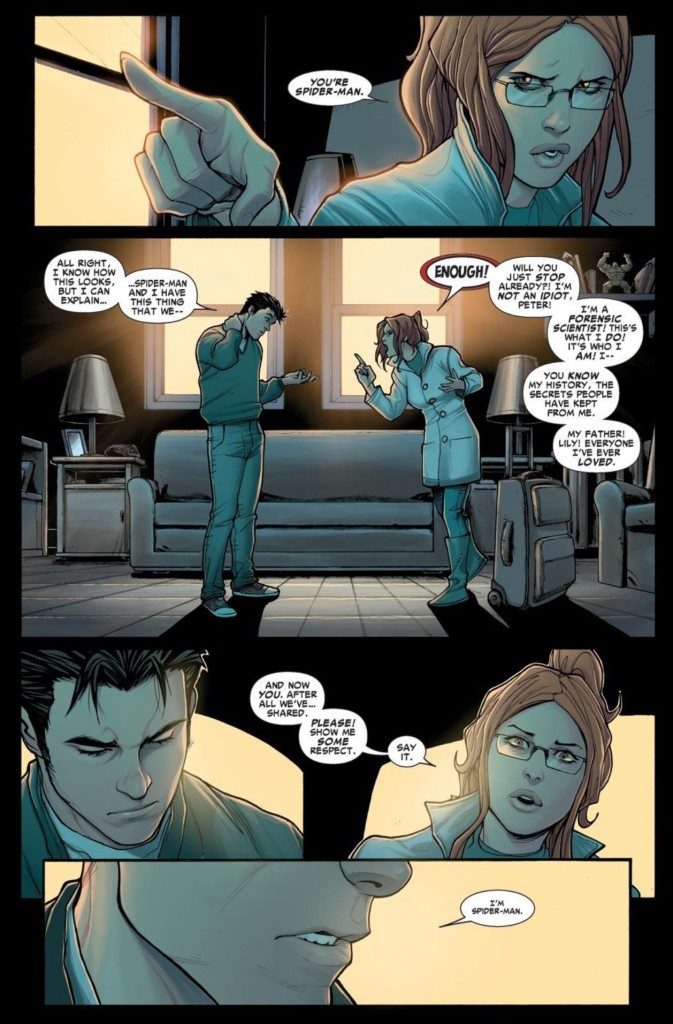 It’s not often that a comic book series can produce three consecutive “stand up and cheer moments” for me, but ASM #673 came close. After Spidey’s awe-inspiring heroics the past two issues, Slott himself shows the most backbone of all. By sneaking into his new status quo that Peter may have reversed some of Doctor Strange’s magic and that his secret identity can now potentially be uncovered again, Slott made the boldest decision of all – the decision to bury One More Day/Brand New Day deep into the ground, Kraven the Hunter style. Never in a million years would I have predicted that Spider Island would have produced that result. That alone should elevate the storyline into one of the best-ever for Spidey. 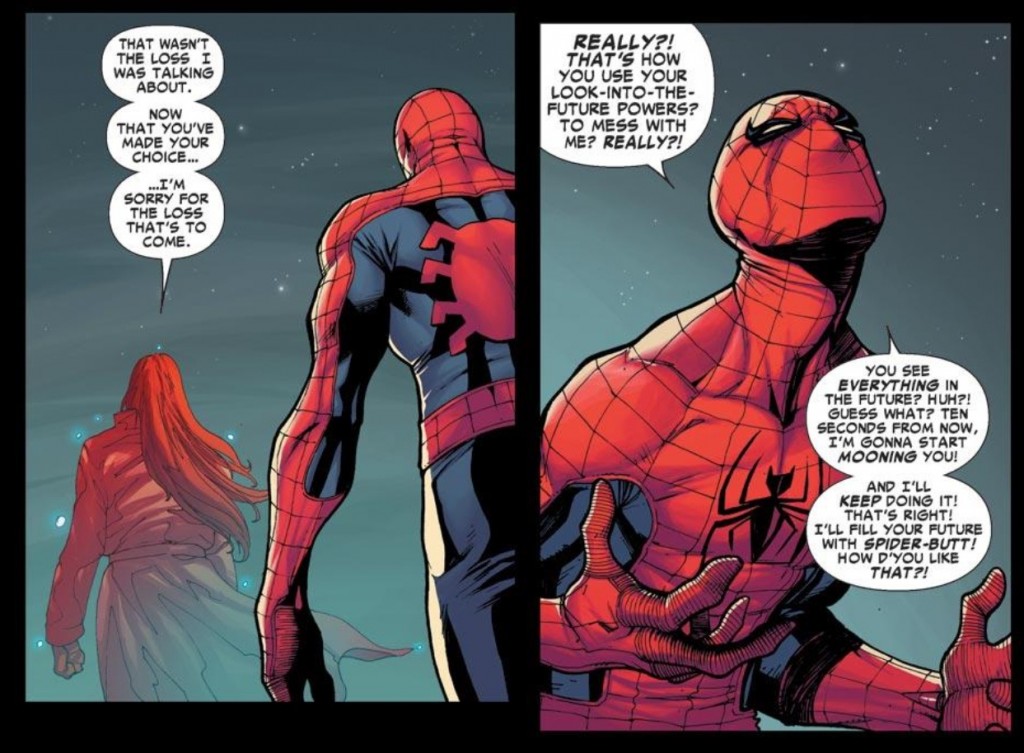 But in all seriousness, what most impressed me about both Spider Island’s final chapter and its epilogue is what a healthy amount of respect it had for long-time fans of the comic book. Yes, sometimes the best decisions are the most unpopular ones, but the passage of time (and then the even more confusing One Moment in Time arc) did not make the status quo laid out in One More Day/Brand New Day look any better. While I stood by the Amazing Spider-Man series for the duration, there was a small part of me wondering if my desire to collect and one day own every ASM comic had trumped my affinity for the actual comic book. With more than 660 ASM comic books in my collection, it’s way too late for me to suddenly stop collecting the series because I don’t like the current storylines, but it certainly doesn’t stop me from wanting to read these comic books every two weeks. I guess for Marvel, a sale is a sale, but I’m sure it’s ultimately better business for them to ensure that long-term fans remain enthusiastic and positive about the series. It generates more buzz on blogs like these and within the community in general. You don’t know how happy I was to see on other web sites and message boards that there were plenty of people out there talking about Spider Island, despite it competing with DC’s New 52 reboot, and Marvel’s more heavily promoted Fear Itself miniseries. 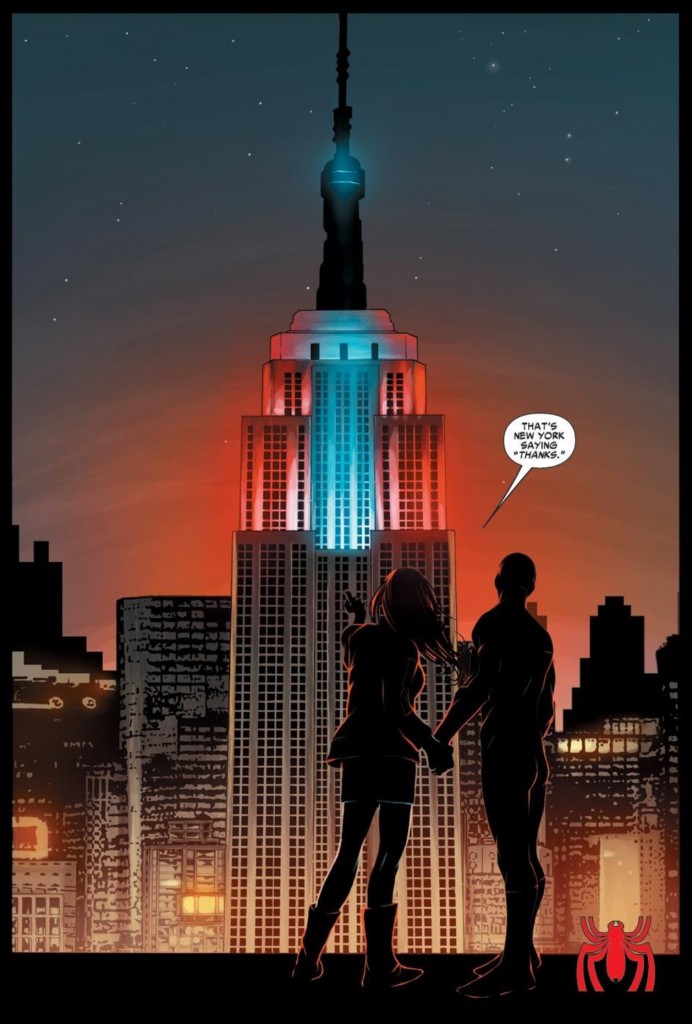 And just in case the message wasn’t any clearer that going forward, ASM will try to reach back and recapture what made the series so good for so long, you have the cover to ASM #673, an homage to arguably my favorite issue of ASM of all-time. If that’s not a high-five to the fans, I don’t know what is.