While the dissolution of Peter’s marriage with Mary Jane gets all the headlines when fans gripe about ASM’s status quo upheaval at the onset of 2008’s Brand New Day storyline, I was always equally perturbed by the fact that this scene, from Amazing Spider-Man #533, was also erased from the collective memories of the Marvel universe.

Granted, the decision to reverse Peter’s choice to unmask in front of the entire world during the Civil War saga, was plot driven. During One More Day, Peter only makes that deal with Mephisto that both annuls his marriage and makes his identity a secret again because his Aunt May is accidentally shot by one of the Kingpin’s goons during what was supposed to be an assassination attempt on Peter. That still doesn’t mean I thought it was a wise move by Marvel, and I’m guessing that many within the ranks at the comic book publisher feel the same way, since a number of ASM writers have been backtracking from this decision ever since, bringing us to the series’ most recent plot development surrounding Peter’s ex-girlfriend Carlie Cooper learning his identity. 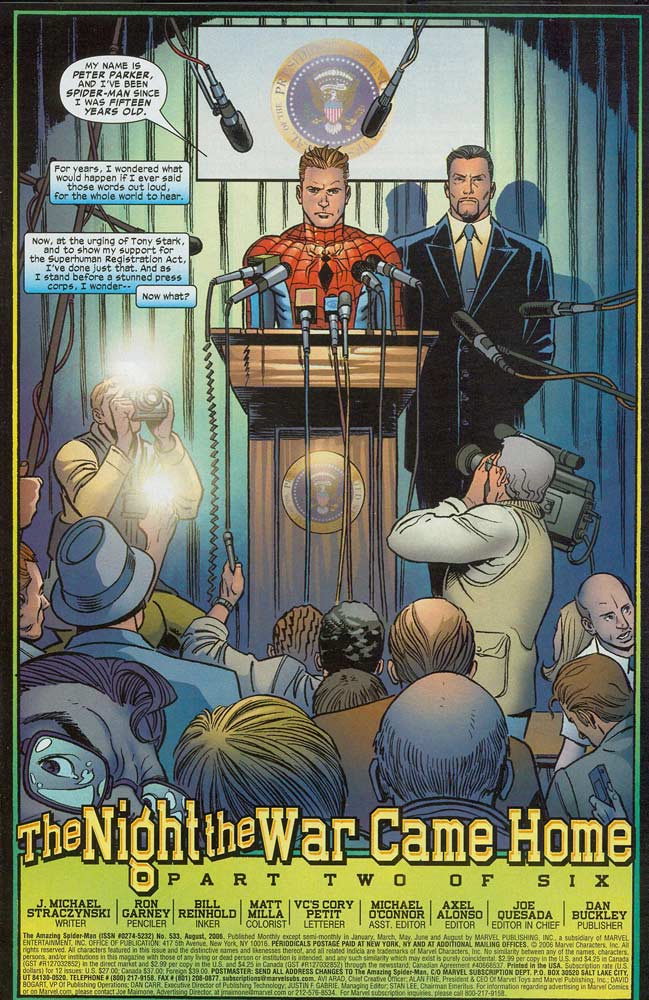 If I was compiling one of those TruTV specials on ASM’s “most shocking moments,” Peter unmasking at a press conference with Tony Stark at his side would certainly make a play for a top spot. Just based on historical significance, the death of Gwen Stacy is probably everyone’s unanimous number one pick. Yet, it’s the circumstances surrounding Gwen’s death that make this moment years later all the more unbelievable.

It was a daring choice by Marvel. Here was a character that has prided himself for years on being under a mask and only allowing himself to be revealed to his closest allies. And even then, Peter was rarely open about his secret identity. Mary Jane made that discovery based more on intuition. Aunt Mary discovered a badly-battered Peter in his Spidey suit leading to their confrontation about his identity. Captain Stacy was moments from death when he confessed to Spider-Man that he knew he was his daughter’s boyfriend. To take this character and use a major Marvel crossover event to unmask him was a decision that should have produced years and issues upon issues of consequences and drama for Spider-Man. Instead, it lasted barely a year. 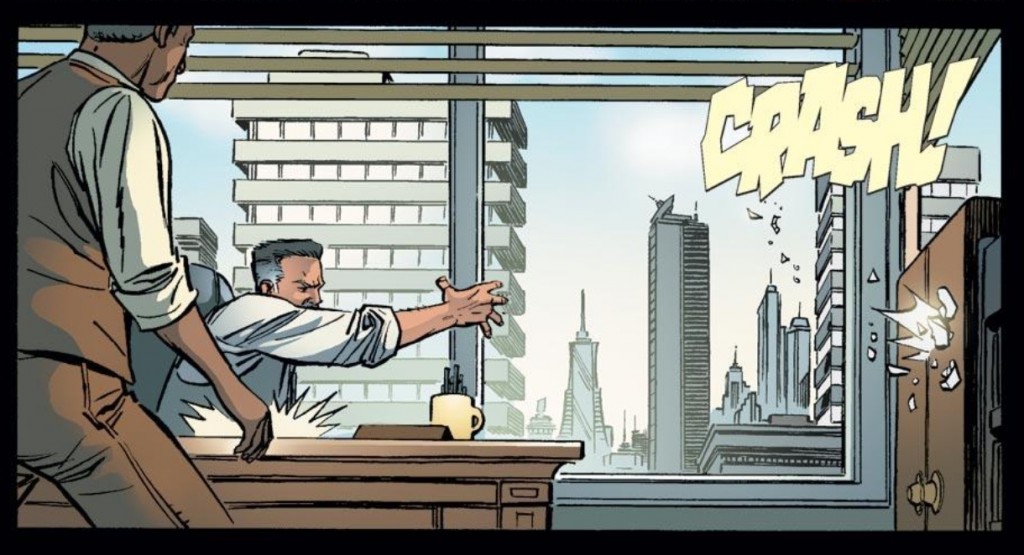 Maybe Marvel should have never made its decision regarding Peter during Civil War. What’s been a secret should stay a secret, and considering the last time a supervillain and archenemy of Spider-Man’s learned his identity, Peter’s girlfriend was thrown off a bridge, you would think that they would spare poor Parker any more turmoil by having him go into hiding during the Superhuman Registration Act drama. But the fact is, Marvel went through with it and unmasked arguably its most marketable and popular superhero character. Not only should there have been consequences for Spider-Man, but Marvel should have had to deal with some as well.

Instead, we get a poorly conceived deus ex machina moment to wipe the memories of everyone and sweep this decision under the rug. Marvel’s creative forces were clearly more comfortable in a world where they could handpick and manage who knew Peter’s secret identity, as within a year of Brand New Day starting off, he had revealed himself to his Avenger teammates and to the Fantastic Four. And then Mary Jane was brought back and we discovered that she, in fact, still knows about his secret superhero adventures.

When I look back at this panel from ASM #533, what makes me so upset about Marvel’s reversal is it speaks to how in comic books, nothing of consequences is ever permanent anymore. Characters are killed off in spectacular fashion and resurrected less than a calendar year later. Major storylines are introduced and then an entire series is rebooted, leading to new origin stories for characters. We can talk about how the state of print vs. digital media is killing off the comic book industry, but how satisfied can long-time fans of comic book series be with some of these editorial decisions? Again, when this big boastful events happen in a comic book, not only do the fictional characters have to deal with the consequences, but the writers and artists do as well. 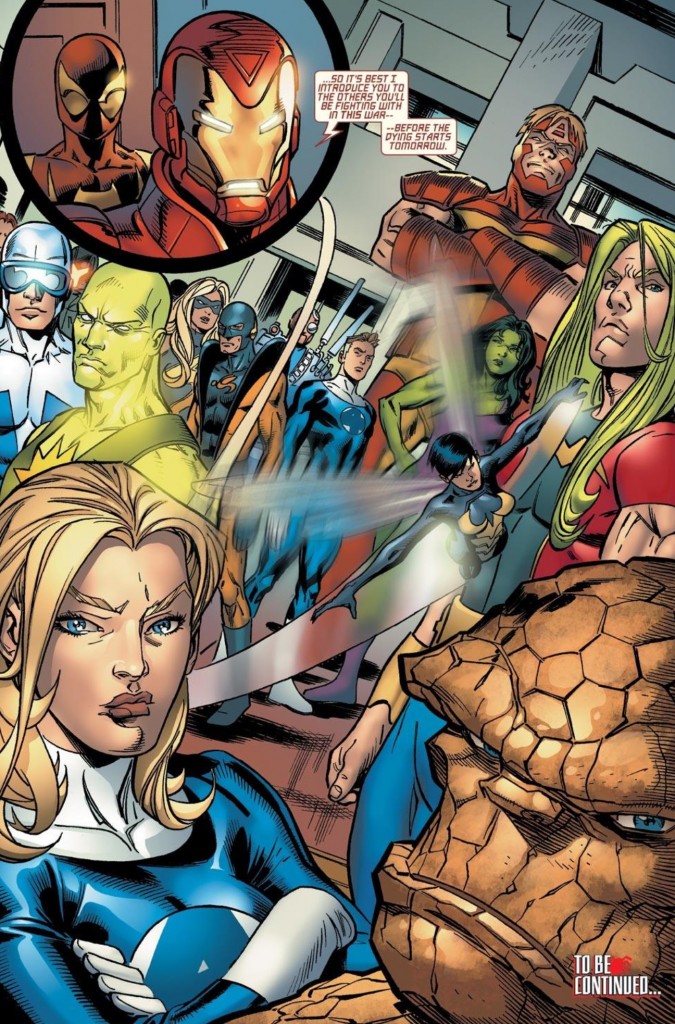 Which is where I believe there is an element of laziness from the creative types at the root of this issue. Having Peter unmask during Civil War was a great headline grabber, and created a couple of interesting storylines, but I am going to guess that the powers that be saw that they had painted themselves into a corner creatively. It would be too difficult to have Spider-Man exist in a world where everyone knew his civilian identity. There’s only so many storylines you can do centered on a villain attacking Peter’s family and loved ones before it gets old and tiring. Which would have been true if that’s all Marvel decided to do with Spidey’s unmasking. However, there are plenty of other directions creative teams could have went with this moment. I’m not going to suggest any because I’m not in the business of spouting fan fiction, nor am I being paid by any comic book publishers to write comic books (but you have my e-mail on this web site if you’re interested).

But unlike the fictitious Marvel universe, the moment of Spider-Man unmasking to the world can not be erased from my memory. It will forever be recalled by me as a moment of lost opportunity. Could Spider-Man have gone in an amazing direction if Marvel decided to stick with this status quo rather than reversing it all a few issues later? I have no idea, and that’s what gnaws at me with this. As we’re learning with Dan Slott, get the proper writer at the helm, and Spider-Man can remain interesting despite the presence of clones, obscure villains like the Spider Queen, classic ones like the Vulture, and the fact that more people are learning his secret identity. If you’re brazen enough to make a decision like this, you have to have the stones to move forward with it. I hope when it comes to ASM, we’re past the point of one toe in, one toe out, decision-making.