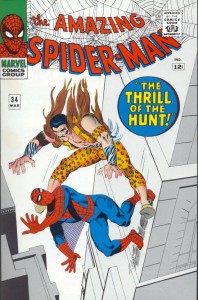 The chase was supposed to be on hiatus. At least that was the stance I was taking after my son was born in November and the last of my expendable income was being siphoned towards club packs of diapers and jumbo canisters of powdered formula (come on kid, how much more do you need to eat?). And we’re not even at the point of daily daycare. Obviously, old, expensive comic books are low on the priority scale until we get things figured out.

But I guess my declarations about my chase do not prevent others from helping me achieve my long-running quest. In this case, Mrs. Chasing Amazing, my wife, came through in the clutch with a “Fine” copy of ASM #34 (sorry, no scan available – the comic had to be moved to my collection’s “undisclosed location” over the holidays and I didn’t have a chance to scan it in).

You’ve heard about my wife’s generosity before (here and here for starters), but she might have outdid herself with the surprise factor this go-round. With it being our son’s first Christmas, the focus was clearly on him, despite the fact that he’s just over a month old and isn’t even capable of holding his head up straight to look at presents, no less play with them (or open them, or wonder about Santa Claus). So while my wife and I planned on picking up some wonderful toys that he’ll probably be able to feasibly play with in another 4-5 months, or own Christmas wishes were an afterthought. Since I’m trying to broaden my horizons a bit regarding the comic book universe, when my wife inevitably asked me what I wanted for Christmas, I rattled off the names of a few graphic novels/trade paperbacks, that I’ve read a lot about, but have never read myself (names like Grant Morrison’s All-Star Superman and Mark Waid’s Kingdom Come). Oh, and a week or so before Christmas, I mentioned that during a recent trip to Barnes and Noble near my office, I was disappointed that I couldn’t find the 2012 Marvel Vintage Calendar, which is such a great way to keep track of the days and months since the artwork can be ripped out and framed at the end of the year. So, I guess by bringing that up in front of her, I essentially was asking for that item as well.

So, on the eve of Christmas eve – our son was going to be with his grandparents on Christmas Eve and his great-grandma on Christmas day, so that left us a small window of time for presents – my wife and I did our annual gift exchange and after being bailed out by an awesome jewelry vendor at the Union Square Holiday Market, I opened up my gifts from her and found some of those graphic novels I requested, a couple of bottles of super-awesome craft beer, and the Marvel Vintage calendar. A nice haul if I ever saw it, and a great Christmas considering, again, the focus was on our kid, not so much each other. 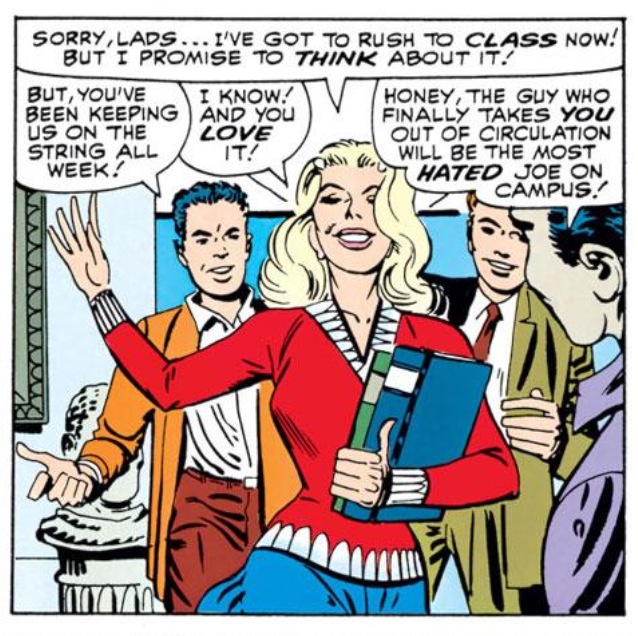 But there was definitely something “lumpy” about the calendar for lack of a better word. I didn’t allow myself to get too carried away and ignored it. That’s when my wife stepped in and advised me to check March. And like that, ASM #34 slid out and into my collection.

These are the best kinds of surprises. Not that I was ready to give up on my quest, but I was content with the idea that the remaining eight issues I needed to pick up would be acquired over a protracted length of time. The fact that I haven’t put up a true “monthly haul” post since September is indicative of the pace I’m currently at – which can be best defined until Christmas as a standstill. 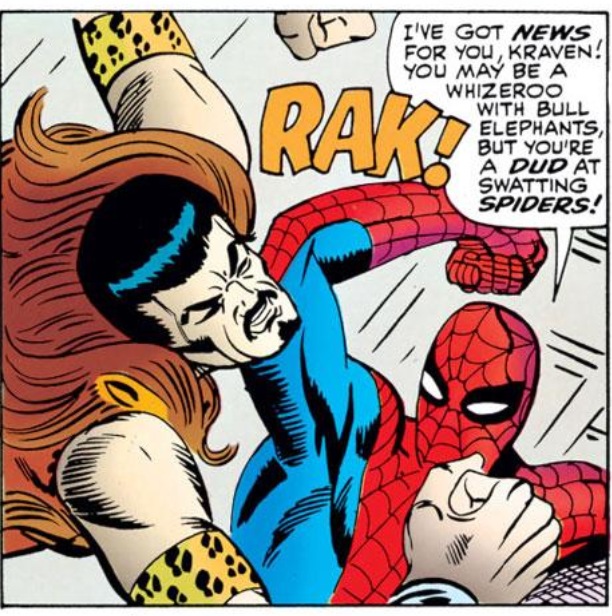 So, now I’m at 7 issues remaining and officially have everything back to ASM #25, which, for what it’s worth, is a pretty decent mile post if I wanted to quit here (how many people can say they have every Amazing Spider-Man back to #25 and are only missing a few select issues between #1 and #24?). But naturally, every time I cross another comic off my list, it only inspires me to keep moving, even if it’s one comic every three months, four months, a year, and so on. When I first started this collection, I was a 7 year-old kid who didn’t even understand the value of a comic book. I certainly didn’t grasp the idea that there was an entire library of Spider-Man comics preceding the issue I had just picked up, some of which were worth thousands of dollars. And as I’ve said before, my collection has a history of fits and starts. My guess is when my collection ultimately resumes “full-time,” it will be the final push. But in the meantime, I’ll accept kindness around the holidays to keep my head in the game.