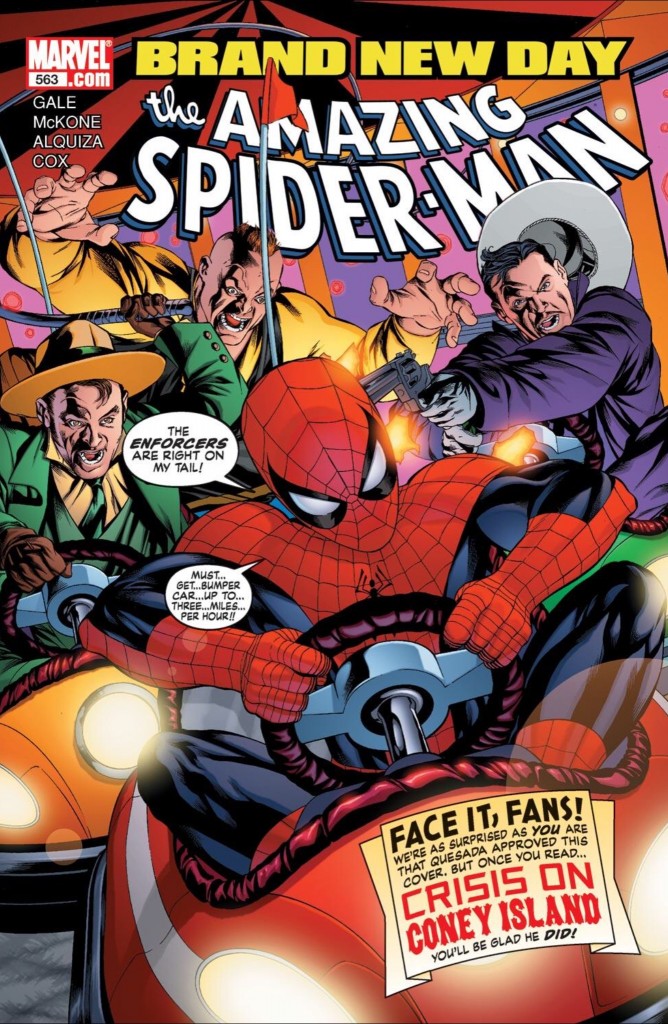 With little warning our build, my look back at Amazing Spider-Man #562-563 marks the last official entry in the “Brand New Day” retrospective I’ve been running since early January. I know after this arc there’s technically one more issue with the words “Brand New Day” on the front cover, but I actually spoke about ASM #564 back in November as part of my Superior Foes of Spider-Man theme month. I’m not one to repeat myself, especially after only a few months, so if you’re desperate for some closure, just click on my link. Meanwhile, revisiting these issues has been fun, so I imagine after a brief interlude (and another theme month) that I’ll be back in this era again sooner rather than later.

Sadly, despite all the fun I’ve been having revisiting “Brand New Day,” I’m going to be ending my series on probably my least favorite arc of the run. “The Other Spider-Man,” by Bob Gale with art from Mike McKone, attempts to address the one subplot that hasn’t been getting a ton of attention since “BND” kicked off a few months earlier – that of the “Spider-Tracer murders” that has made Spidey persona non grata with the New York City police department. 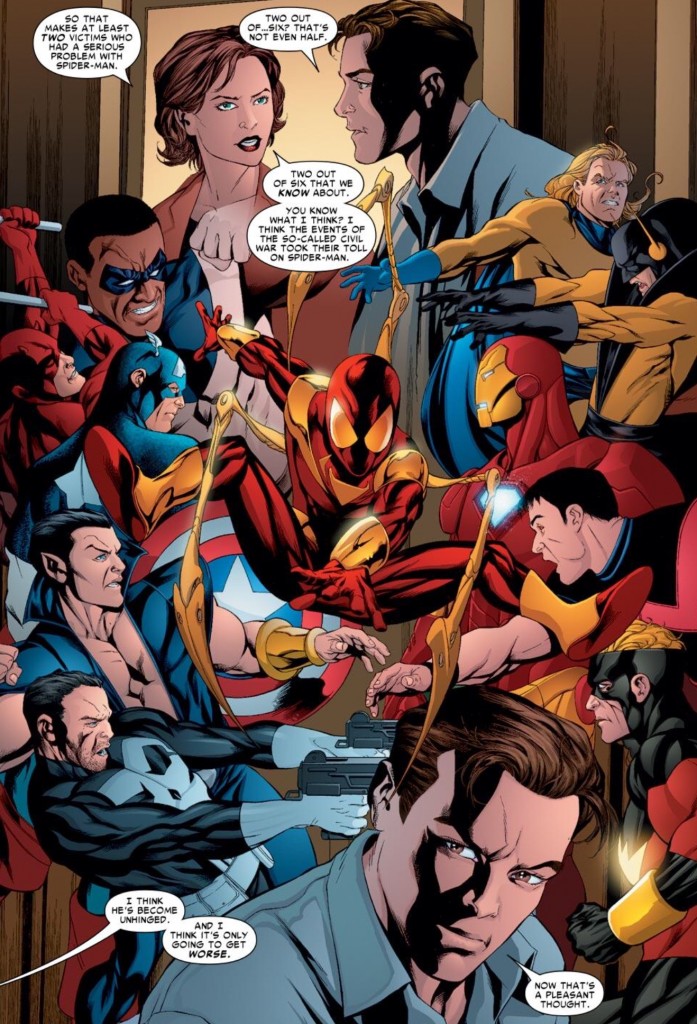 “The Other Spider-Man” throws a couple of fun ideas out there – primarily, The Bar With No Name which is frequented by a bunch of D-level villains (and I’m pretty sure was referenced in the aforementioned Superior Foes) – but is otherwise an extended exercise/sketch trying to pass itself off as a fully formed sketch. Plus, in attempting to address the tracer murders, the storyline ends up leaving the reader with more questions than answers. I’m generally not a huge fan of such circuitous storytelling.

In fact, a case could be made that much of this story goes in circle, not only within the two-issue arc, but also within the entire arc of “BND.” ASM #562 opens with a down on his luck Peter trying to find a job as a news photographer after walking out on Dexter Bennett and his sleazy DB one issue earlier. As it turns out, Bennett has completely blackballed Peter (and even remembers his name this time around because he “never forgets the names of his enemies”), leaving our hero to worry about how he’s going to financially make ends meet with his new roommate Vin Gonzales (aka, the cop who really dislikes Spider-Man). 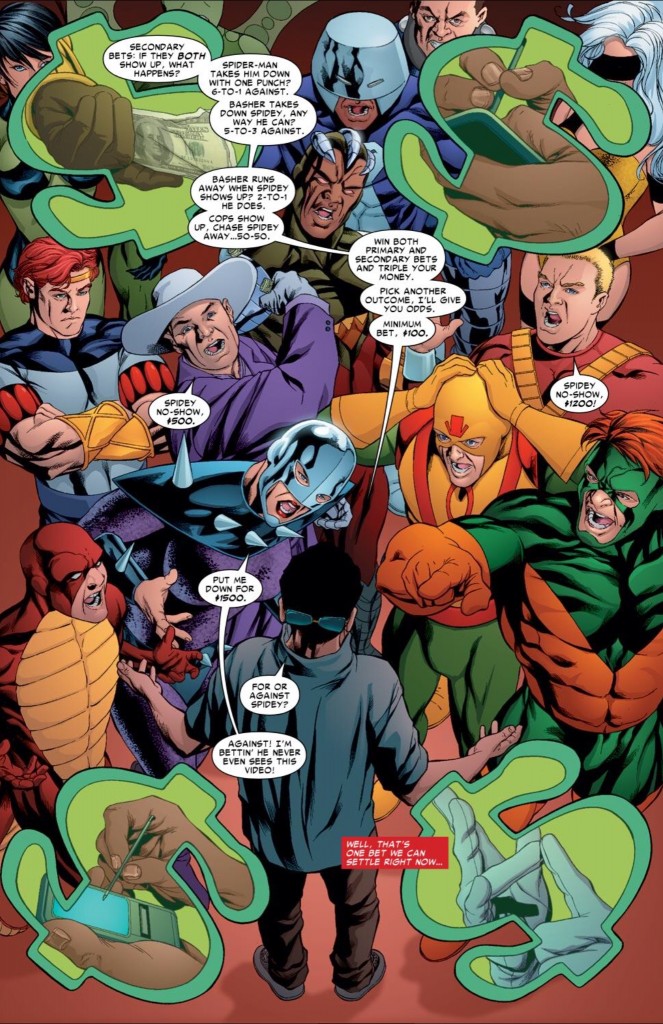 I realize that money problems and Peter Parker have gone hand-in-hand for years, even going back to the earliest Stan Lee/Steve Ditko era of the 1960s, but given how “BND” kicked off with J. Jonah Jameson’s heart attack putting the future of the Daily Bugle and its staff into doubt under the rule of Bennett, going back to the specific beat of Peter trying to get a steady gig via photography feels a bit a repetitive. That, and in a media market as big and competitive as New York City, I honestly can’t imagine a scenario where one of the DB’s rivals wouldn’t jump out of their skin to snatch Peter up and stick it to Bennett (don’t believe me? Just follow the long-running feud of the Daily News and New York Post here in NYC).

The central conflict of the arc centers around a bookie, who takes bets from other villains regarding the outcomes of their fights with superheroes, and his abduction by the old street level goon squad, the Enforcers (a welcomed addition to a modern Spider-Man book). The bookie’s troubles in turn, bring out his father, who is also a bookie, to recruit Spider-Man to help his son. As the story unwinds, it turns out we’re dealing with one con man conning another con man. I know that there’s a whole subgenre of films and television shows that are built around this idea of con artists and hucksters trying to one up each other, but in the context of this story, the conflict comes across as tiresome and irritating. Just get to the point already so I can root for a specific outcome. But that never happens. 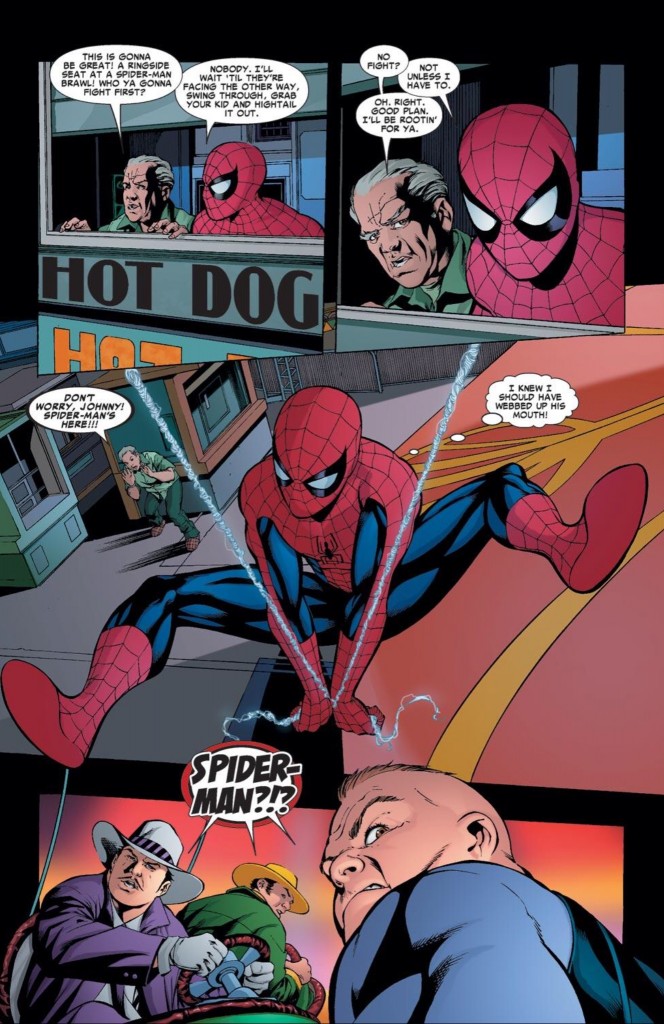 Spider-Man’s threat against one of the bookie’s to use all of his resources to find out who’s setting him up in the tracer murders because “I know where you live now,” rings hollow (even moreso because he uses the same threat against the bookie’s father a few pages later). After teasing that this storyline was going to deliver a break in this case and not following through, did anyone working on this comic at the time think a strong talking to from Spidey to the bad guy was going to service as a sufficient resolution? 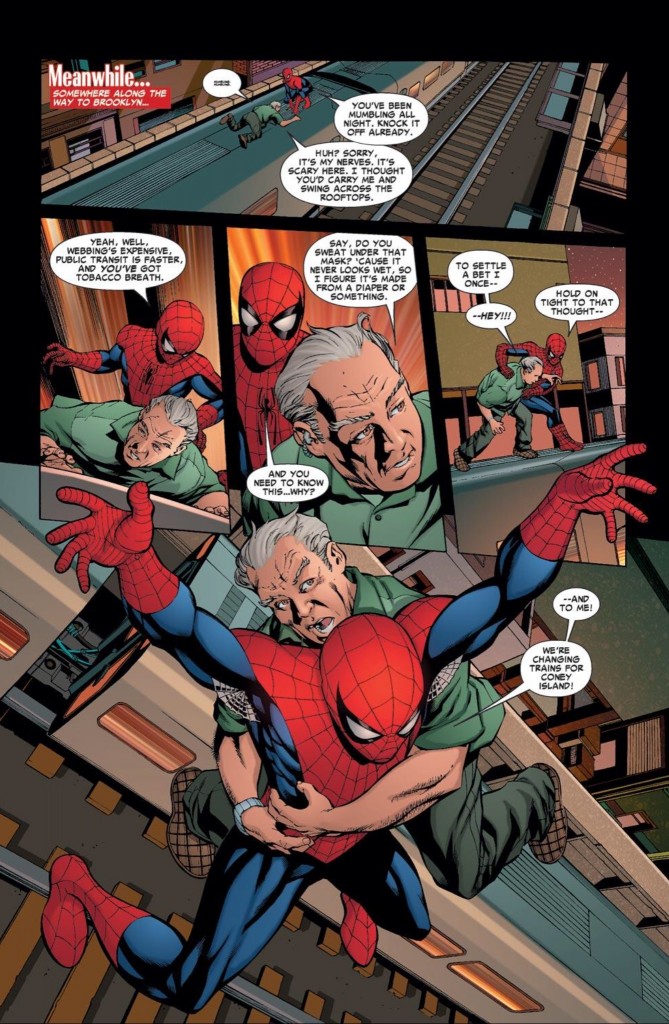 While I think the thrice-monthly schedule of “BND” was quite effective in some of the preceding chapters, “The Other Spider-Man” is a good demonstration of how such an aggressive pacing in narrative could lead to some sloppy, uninspired content. These two comics (and the final one in “BND” starring Overdrive) feel like incomplete thoughts functioning as an appetizer for the stronger arcs that followed (“Kraven’s First Hunt” and “New Ways to Die”). Prior to the “BND” schedule, the Spider-office would have had a month to piece together a strong standalone issue to get through this month before delving into their bigger stories. One issue of filler is no big deal in isolation, but three of them – an entire month’s worth of stories under this new status quo – makes the pacing feel more like a gimmick than an instrument in which to produce worthwhile comics in rapid succession.