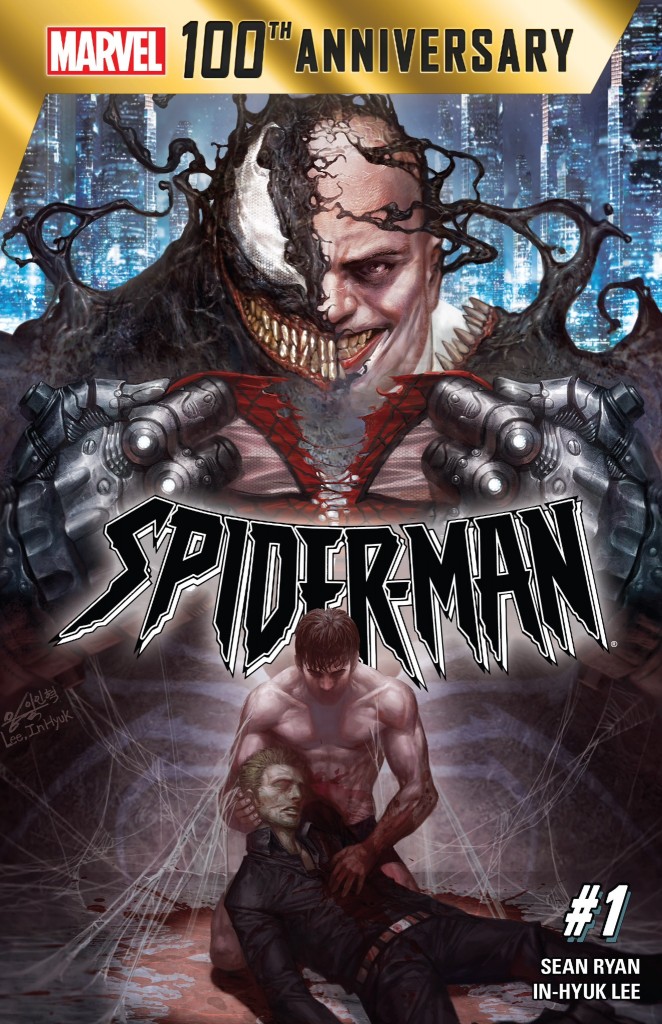 In what is clearly a play on Marvel’s year-long acknowledgement of its 75th anniversary in 2014, the company is publishing a number of hypothetical look-aheads under the guise of “100th Anniversary” issues. Beyond the play on anniversary lingo, these issues also seemed to be designed towards getting some new talent in the Marvel pipeline with writer Sean Ryan and artist In-Hyuk Lee providing readers with the 100th Anniversary Spider-Man issue.

While I’m all for getting some new blood in the Spider-Man universe, the comic itself is filled with some very considerable flaws in terms of its narrative style, its plot and its characterization that make this whole experiment a non-starter for me. To be blunt, if this is what the world of Spider-Man comics is going to look like in 2061 (which to be fair, is actually 100 years after the launch of Fantastic Four #1 – dubbed the beginning of the “Marvel Age” but NOT the 100th anniversary of Marvel Comics #1 which was released in 1939), I can’t say with any confidence that I’ll be interested in sticking around to see it (provided I’m still alive, of course!). 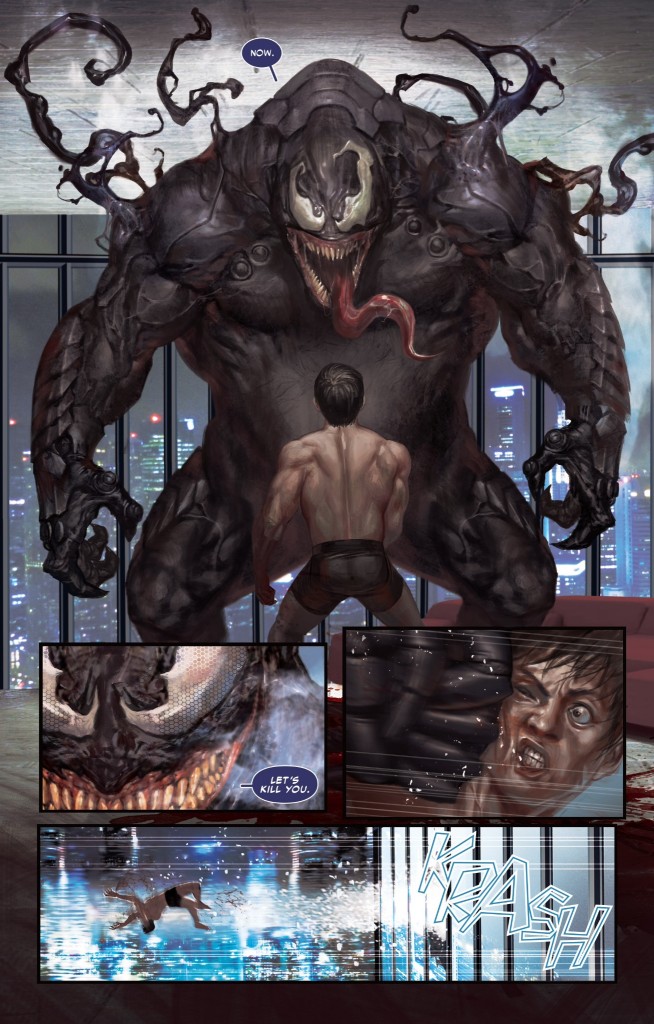 Ultimately, the biggest problem with this anniversary issue comes down to its execution. I was immediately struck by the fact that the comic’s title page says this is part 8 of 8, indicating that this is just one component in a larger (yet-to-be-released arc), which means as the reader, we are just getting a taste of the trail’s end of this imaginary story. That’s a cute idea, but because of this approach, Ryan’s script actually reads like an incomplete thought. There are little references to things that happened earlier in this story, including the death of Aunt May (good to know that Marvel is going to wait until 2061 before pulling the trigger again on her departure after retconning one of the greatest deaths ever captured in comic book history in Amazing Spider-Man #400). But without any context, reading this comic is the equivalent of jumping in on the last five minutes of a very important phone conversation. Sure, you can gather the general mood of things doing it that way, but you don’t truly have a full understanding of what had been going on while you were off the line for the past hour. 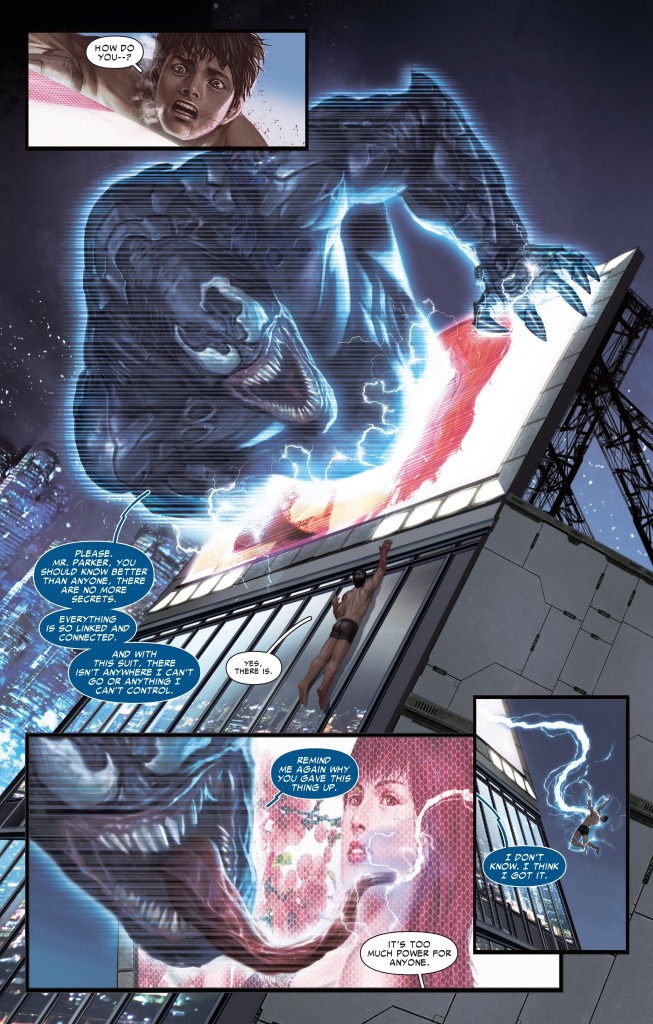 At least the last time Marvel went about recruiting some new names for a Spider-Man book, it brought Matt Kindt, Marco Rudy and Val Staples aboard for a five issue Marvel Knights miniseries. Having five issues gave the creative team ample time to develop their story and establish some consistent characterization. Granted, I had some major problems with both the story and the characterization by the time the series wrapped (though I’ll maintain the art on the book remains a standout), but at least Marvel gets points for trying in regards to Kindt, who I think does some amazing work on his creator-owned Mind MGMT series.

As for the story itself, again, 100th Anniversary Spider-Man presents an interesting concept: what if the Kingpin has become bonded to some kind of futuristic, cybernetic version of the symbiote. But the payoff is hardly enthralling and left me unsatisfied. For one, the creative team transforms Kingpin into a monster movie-style villain, terrorizing Peter (who doesn’t appear in costume once this entire story) and the rest of New York City, without taking into account that Wilson Fisk has traditionally been depicted as someone who is able to wield power and influence from behind the scenes, without getting his hands physically dirty. Think how much more terrorizing Fisk would be if he had control of this super symbiote costume and essentially didn’t have to use it. He just had it, and could hold that over the head of anyone who dared to challenge him as the Kingpin of New York. 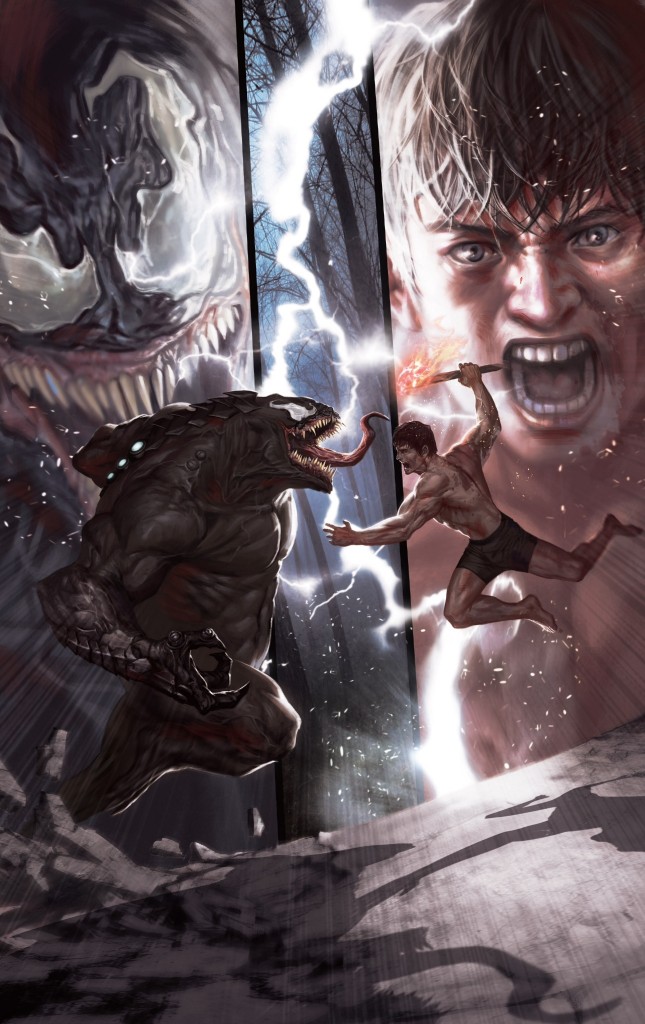 The resolution of the story is a pseudo “Peter becomes one with nature” scenario, where he goes out into the woods (outside of New York City I guess I have to assume this is out in the Pine Barrens in New Jersey) rubs some sticks together and creates fire. And while the symbiote has evolved its powerset over the past few decades, it can still apparently be defeated by fire. Either way, I’m not sure if Peter, outdoorsmen/camper extraordinaire is a character beat that is worth exploring unless this whole sequence was designed to reflect his overall scientific ingenuity. 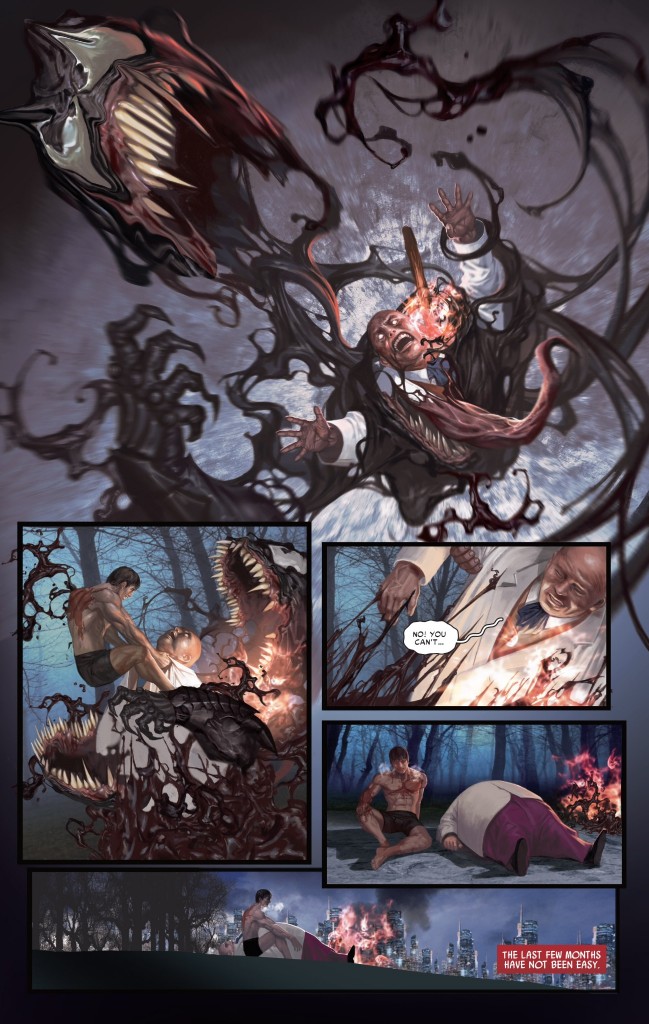 Lee’s artwork is interesting, if not a little over stylized and a bit too video game-ish for my tastes. If memory serves, she jumped on Scarlet Spider as part of the “Sibling Rivalry” arc from last summer.

I guess the most damning thing I can say about this comic is I dropped $3.99 on something that I read in a few minutes and felt completely apathetic about in its wake. I know that not every story is going to be a home run, but Marvel’s track record when it comes to Spider-Man centric minis and one-shots hasn’t been all that great lately, and with a ton of content coming down the pipeline when Spider-Verse gears up in the Fall, it’s making me awfully leery about dropping a whole bunch of coin for something as mediocre and unessential as 100th Anniversary Spider-Man.