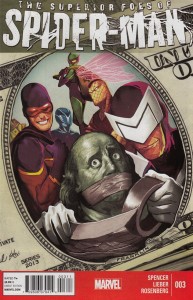 I got to hand it to Superior Foes of Spider-Man #3. What it lacks in storyline, it makes up for with the guts to be different. It helps that through the first three issues of this series, the Superior Foes definition of different is good.

What other comic book series can focus on nobodies like Abner Jenkins (the original Beetle) and the Mirage –  Mirage of all villains! – and still keep its readers engaged?

Where else can you find a sequence like this issue’s opening narrative about the decapitated head of Silvio Silvermane – a narrative that goes on for six pages only to end by admitting the whole thing was just a joke? Again, it helps that the joke is funny.

As I mentioned in my write-up about Superior Foes #2, a line has clearly been drawn in the sand  by creators Nick Spencer and Steve Lieber that this is a series that’s going to serve character first and story second. As someone who really appreciates well-drawn characters, you won’t find me voicing any objections to this approach. But if someone were to ask me to sell them on this title by describing the plot, I just don’t think I would be able to hook them in by telling the tales of Boomerang and his Sinister Six/Five’s plans to steal the head of a comic book gangster.

Superior Foes #3’s opening scene involving Silvermane’s head is really fascinating to me from a comic book construction perspective. Spencer and Lieber actually use the comic’s first six pages to revisit the backstory of some old school street level Spider-Man villains like Silvermane, the Owl and Hammerhead, and then like drunken camp counselors around a fire, start spinning a yarn that spirals to absurd levels about Silvermane’s head being found by a young boy who teaches the old crook how to love and be a part of a real family. The schmaltz is being laid on so think by the narration here (provided by Boomerang) that I almost hesitate to call it satire. 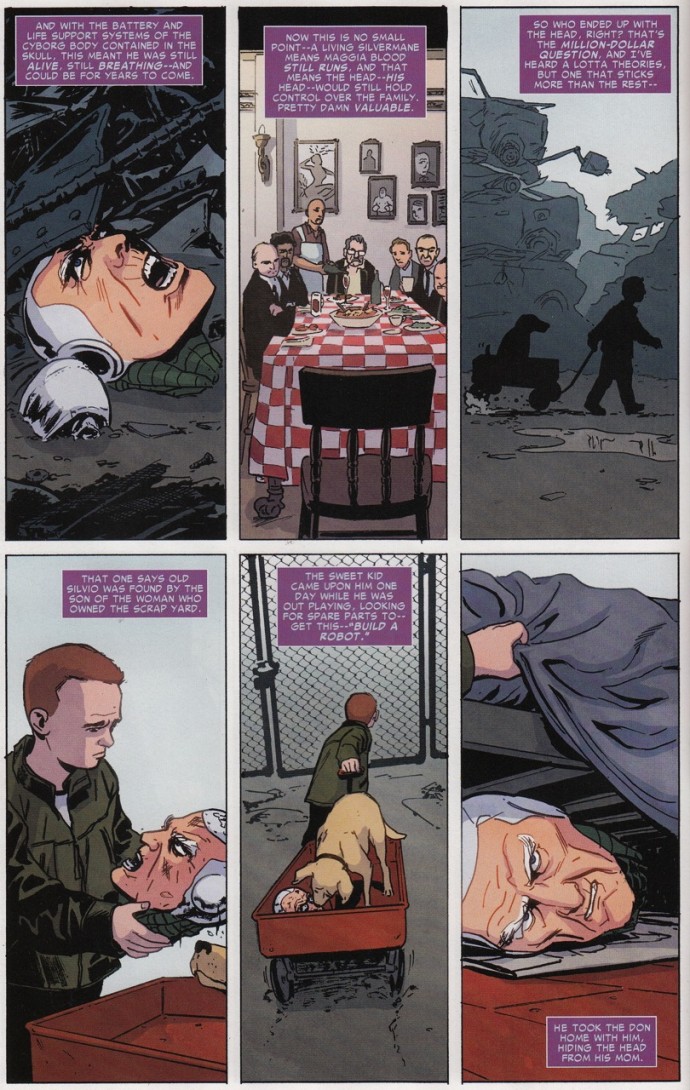 Then, as if this story was the least bit believable, Spencer and Lieber pull the rug out from underneath and tell us – surprise – the head is NOT with some little boy learning how to leave, but rather being closely guarded by the Owl and his goons.

Talk about risk taking. This is the opening of the comic we’re talking about here – normally reserved for setting up the majority of the action that’s about to take place and/or recapping for readers any pertinent details that were mentioned in previous issues. Instead Spencer and Lieber spitball to see where it goes. It’s like watching the outtakes from a Judd Apatow film, except these are the pages that were published as part of a comic. If the joke falls flat, then Spencer and Lieber have just wasted nearly a quarter of the issue accomplishing nothing.

The scenes involving Abner Jenkins and Mirage illustrate a concept that was a key part of Superior Foe’s promotion when it was first announced earlier this year: what’s a day (or a week, or a year) in the life if a villain look like when the titular heroes are removed from the picture completely. Were there really any longtime Marvel readers out there asking about what Jenkins life looked like once he walked away from the Sinister Syndicate and the Thunderbolts and instead went “method” and became a good guy? I know I wasn’t, but I find it interesting that this is a guy who saw the error of his ways and now runs a support group designed to help other D-list villains get over their criminality. 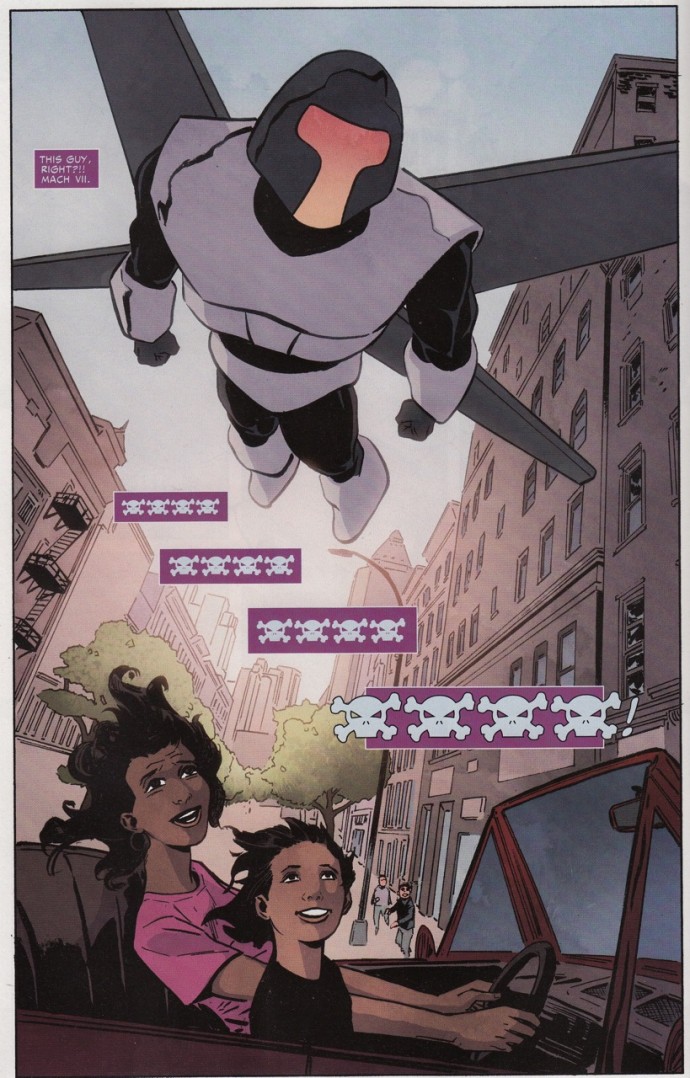 And maybe I’m getting more meta than Spencer and Lieber intended, but I especially loved the jokes about Jenkins not being in the Avengers. As much as I’m enjoying the Infinity mini-series right now, when I look at the cast of good guys, I’m starting to question who ISN’T qualified to be an Avenger.  There are some heroes in that group that I’ve just never heard of. In the world of Superior Foes, Jenkins is a nice guy who’s really made a career for himself as a counselor/support system for other villains. But apparently that’s still not good enough for him to be considered one of “Earth’s Mightiest Heroes.”

Finally, the short scene with Mirage near the end of this issue was really all I needed to die a happy comic book reader (maybe that’s hyperbole). As someone who gets his kicks from some of the really awful Spider-Man villains from the 70s (in my recent countdown for Longbox Graveyard I actually initially had Mirage in my top 10 until I realized I had totally forgotten about Mindworm and needed to get him on the list somehow), seeing Mirage in a 2013 comic book was just a wonderful, wonderful thing.

Everything about this character screams loser – the ridiculous yellow costume and mask and the fact that his “powers” just seem to be a poor imitation of the much worthier Mysterio. And yet I was so happy just to see that this guy is still out there, fighting the good fight, or better yet, reforming himself so he no longer fights the bad fight. Superior Foes #3 references the failed robbery of the Ned Leeds/Betty Brant wedding from the pages of Amazing Spider-Man, and then gives the villain’s perspective of one of comic’s most fascinating occurrences: the resurrection of a thought-to-be-dead character. It was especially poetic that Mirage recalls not even being dead “right.” When he gets his second chance, he immediately gets killed again by the Punisher. The ultimate indiginity is when Mirage is told he’s getting a second chance on life but it’s actually his third: “nobody even knows I’m still alive,” he bemoans to the support group.

As long as Spencer and Lieber keep delivering these kinds of moments that balance nostalgia for the obscure and forgotten tidbits of Spider-Man’s past, with a modern sense of humor, there’s no reason for me to ever be discouraged by Superior Foes of Spider-Man. I’m sure one day the creators will deliver on a more worthwhile plot, but in the interim, anyone who will take the risk in wasting ink on providing a character like Mirage with some depth and sympathy is alright by me.