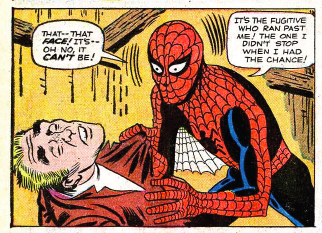 As I got to the end of my “Top 10” issues of Amazing Spider-Man countdown last week, I entertained a number of questions and hypotheticals from people on Twitter that I thought were worth addressing in a separate post today (and who am I to turn down an opportunity to milk yet ANOTHER day of content from this list):

You know, that comic book where Spider-Man first appeared? The holy grail of Spider-Man comics (and Silver Age comics)? The story where the myth and legend was born?

So as any visitor to this blog should note, the name of the site is Chasing Amazing, as in chasing Amazing Spider-Man comic books. I would love to chase Amazing Fantasy #15. But whereas I know, with almost absolute certainty that I will come to own the entire run of Amazing Spider-Man at some point in my life, whether it’s next year or 20 years out, I view my potential ownership of AF #15 as the truest definition of a pipedream. Sure, if I won the lotto, it would be among the first things I sought out and bought, but  if you’re talking about the real world, I just can’t envision myself ever justifying putting aside enough cash to find a decent low-grade copy to buy. Because of this attitude, I’ve come to regard AF #15 more as an ancient artifact than something I could ever tangibly own. I’ve seen some great works of art in my time on this planet, but I would never envision how an original Dali would look on my wall in my apartment. By being similarly detached from AF #15, it’s become increasingly difficult for me to judge it as an actual comic book story. So with that disclaimer in mind, that’s why the comic very often fails to make the cut in any list I’ve ever put together (see also, my top 10 covers list from a year ago).

With all that said, in addition to be historically significant, AF #15 is a fantastic example of what a superhero origin comic should look like. Steve Ditko does an incredible job working in a significant amount of plot into only a few pages of a comic. Spider-Man’s story is both very familiar and incredibly different in terms of emphasizing the failings and shortcomings of the hero, rather than the victory. And while elements of the origin story have become bastardized over the years (Uncle Ben never actually says “with great power comes great responsibility,”) AF #15 still serves as the template for every iteration of Spider-Man we’ve ever seen in the 50 years that followed its publication.

Above that, I’ve seen AF #15’s panels and scenes so many times through reprints and other mediums, the whole story has become sense memory to me. I can roll through the plot, from the very first splash page of Peter Parker, “professional wallflower” to that epic scene at the end where Spider-Man discovers the identity of Uncle Ben’s assailant, and nothing surprises or catches me off guard anymore. It’s been programmed into my brain like a movie I’ve seen 150 times over.

So what good would it do me to start ranking it like any other issue of Amazing Spider-Man? A lot of the earliest comics in the ASM run are historic (and expensive) and filled with first appearances of classic villains, but they’re not necessarily great stories, so it’s easier to wade through some of the fluff and focus on the first truly “epic” arc in the title’s history (which I maintain is “If this be my destiny”) when compiling a top anything list, whether it be personal or otherwise. Bring AF #15 into the mix, a truly great story that sets the standard for everything that follows over the next 50 years, is really not even fair. It’s like making a list of the top basketball players and not expecting it to end with Michael Jordan. There really isn’t any argument as to wear AF #15 stands both historically and personally, so why even debate it. I rather do a list that focuses on pet favorites, like ASM #300 and ASM #50.

A few other quick hitters:

Um, The Kid Who Collects Spider-Man? 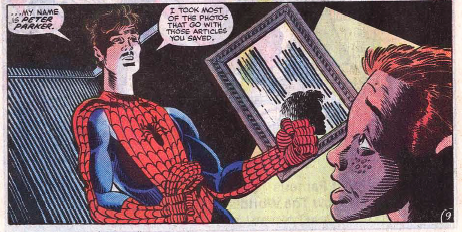 In anticipation of people asking me about its exclusion (and a few did, but not as many as I expected), I recently re-read this story and I certainly had a different reaction to it that I think is best saved for a “remembrance” post down the line. With that said, it’s hard for me to honor Roger Stern’s amazing work here as part of a list that recognizes the greatest “issues” in ASM history since “Kid” is the “B” story in an otherwise unforgettable good vs. evil battle earlier in ASM #248. Also, “Kid” is such a standalone story, and Roger Stern admitted as much that he was going for a completely different “Eisner-esque” vibe, that it’s hard to even recognize it as part of ASM continuity. With that said, I loved seeing Tim Harrison in ASM #700. 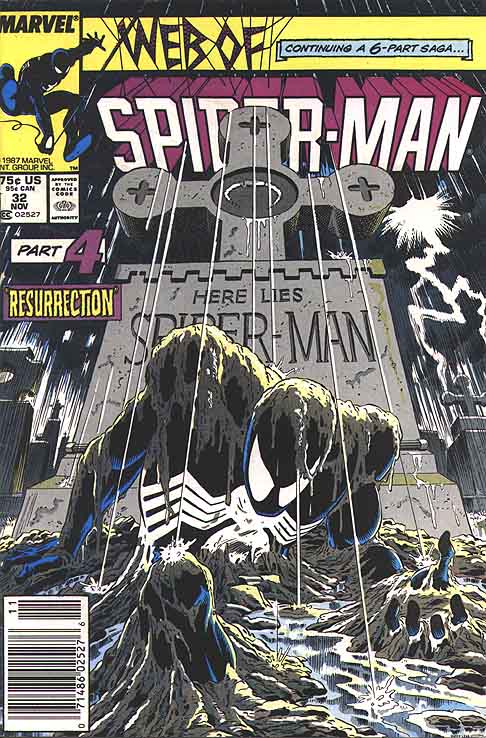 All are considered among the greatest Spider-Man stories of all-time, but outside of two of the six chapters of “Kraven,” none appeared in the pages of Amazing Spider-Man, and thus are disqualified from a list honoring the ASM series specifically. As for “Kraven,” that arc is a case of where I think the whole is much better than the sum of its parts, so it would be difficult for me to zero in on one specific issue in the countdown. As for Jean DeWolff, at the risk of embarrassing myself in front of every hardcore Spidey fan out there, I’ve actually never read the story. It came out a few years before I was reading comic books with any consistency and it took place in the pages of Spectacular Spider-Man, which has never been the Spidey title that I’ve collected. And yes, I know this is stupid and I have every intention of reading it as a collected edition, and owning the comic books themselves, but I just haven’t yet, so it’s better that we just leave it at that.