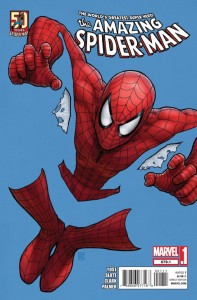 The Marvel “Point One” issues remain a bit of a conundrum to me as a collector since I’ve advertised myself as a “completist” of the Amazing Spider-Man series. As I’ve argued about “Annual” issues in the past, as a mail subscriber to ASM, I have a hard time accepting something as part of the continuity of my quest if Marvel itself can’t do me the decency of sending me the issue in the mail, just like every other issue of ASM. When you subscribe to Sports Illustrated, you get the Swimsuit Issue as part of your annual fee. Why Marvel can’t do the same for its “bonus” edition comic books is beyond me.

For those unfamiliar, the premise behind the Point One series is that they serve as a “jumping on” point for readers to either become invested or reinvested in a specific series. However, rather than just summarizing what’s been going on in this character’s universe for the past year or so, in some instances, they introduce or set-up new plotlines that play out in the regular continuum. So while a reader won’t be “out of the loop” if they miss a Point One, they will get some insight into what might be in store for the superhero in a few issues time. 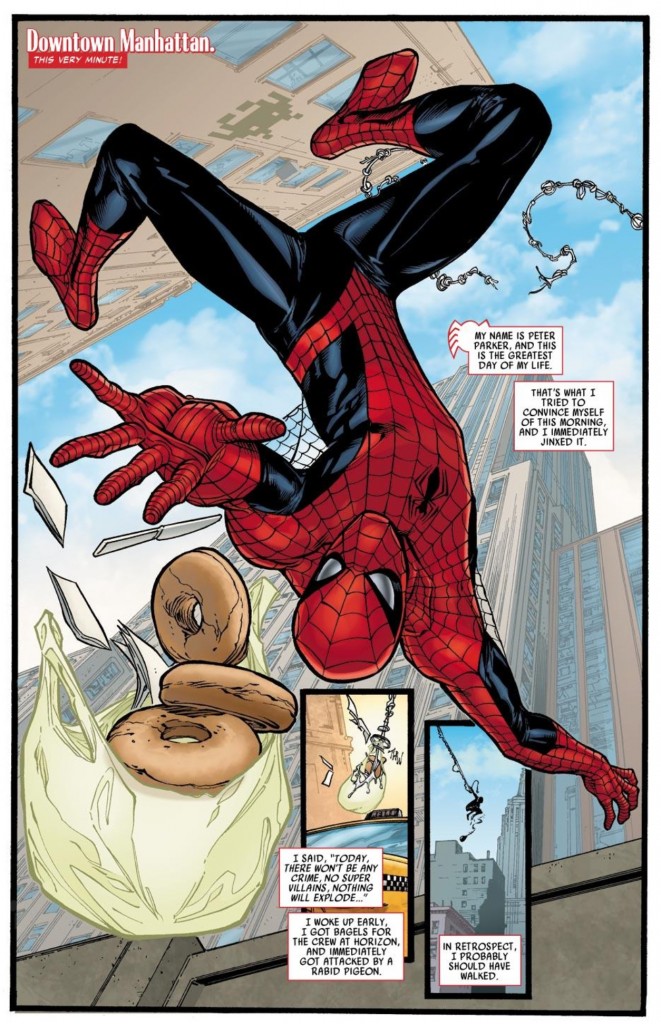 Full disclosure: I actually missed, what I believe to be the first “Point One” ASM last year with issue ASM #654.1. If I were to do my shopping on eBay, going back to purchase it now would cost me a little more than I’m willing to swallow for an issue that came out just a year ago. Rather than getting into the argument of whether I should have been checking my solicitations to know when this issue was going to drop, let me just end the debate by saying when I first saw ASM #654.1 at my local comic book shop last year, I just assumed that it was a recap of sorts and would have been superfluous to the rest of my collection. Learning after the fact that this issue actually explains the genesis of the Flash Thompson/Venom character made me realize that this comic actually had a fair amount of “new” content to it, leading me to question if there’s a hole in my collection.

As such, I picked ASM #679.1 at my local shop when it came out this time around, and similar to its predecessor, it uses past Spider-Man events to flesh out some missing information and set up new potential storylines down the road. We learn that during the Spider Island arc, Morbius the Living Vampire was secretly hired by Horizon Labs – where Peter Parker works. By the end of that issue, we get a teaser about a potential return of an all-time-great villain, the Lizard, which I’m assuming will be paid off at some point in the future. A super quick survey of what people around the Internet are saying about the issue show both the premise and the content seem to be getting universal praise.

Which brings me back to my conundrum – where do these issues stand as part of my “quest” to collect every issue? If Marvel is putting A-list effort into developing new stories in these Point One issues that both recap and engage readers, then surely they have to be considered part of the regular continuity and an integral part of my collection, right? Or are they just the equivalent of a special edition one-shots a la the various number of Spider Island tie-ins that were released last summer like Deadly Foes and Heroes for Hire? Yet unlike those one-shots, these Point Ones have the “ASM” brand emblazoned on the front. So these are clearly ASM comic books and as someone who is setting out to collect every ASM issue out there (not counting variant covers, because THOSE are truly superfluous to the series’ continuity. Maybe one day when I have the time and energy I can track those down as a separate quest) I HAVE to own these things, right? Yet as a subscriber, why can’t Marvel just put these things in the mail like they do for every other issue in continuity (except the Annuals of course, which bring me back to my original problems with the series). 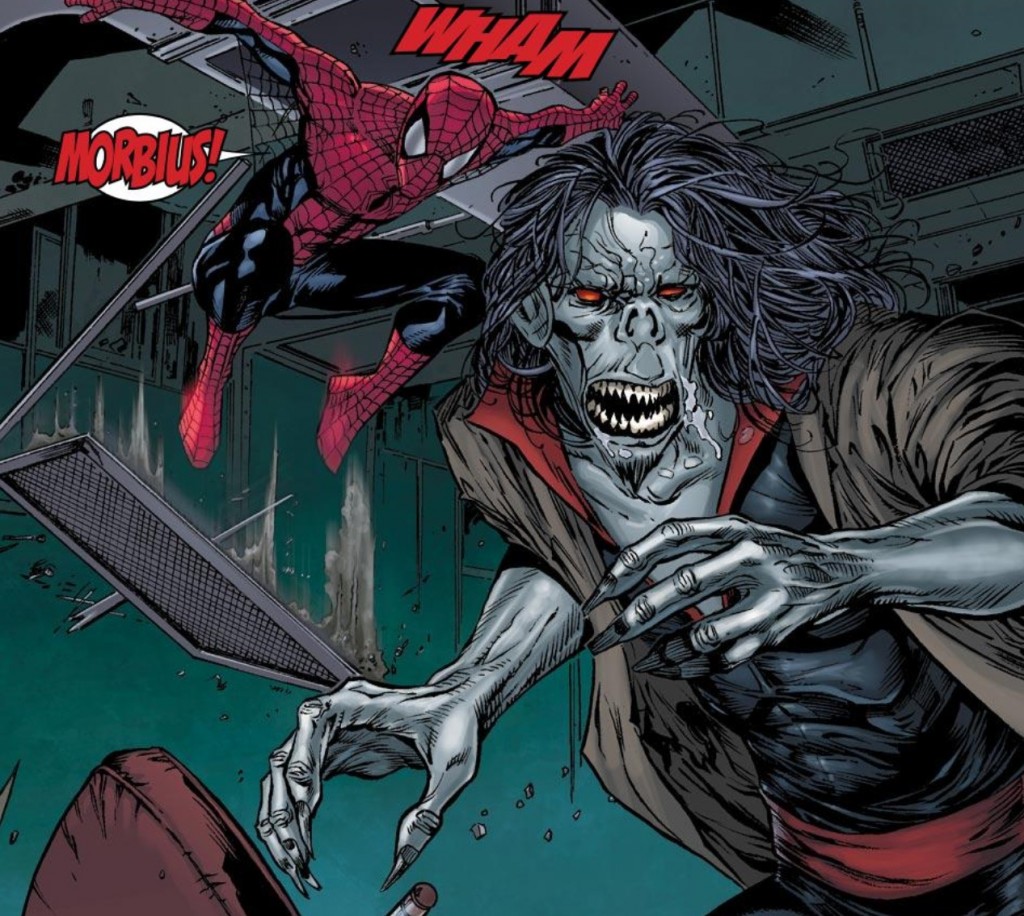 And thus, this whole situation is part of what sucks the fun out of comic book collecting for me. At the end of the day, I collect Spider-Man because I like to read about Spider-Man and the reason why I chose to subscribe to ASM is so I never had to worry about missing an issue. Instead, we get these spin-offs and spin-offs of spin-offs that just keep those obsessed with the premise of “completion” – which, by definition, is a collector – pouring another $3 or $4 into the system. It makes me cynical as a reader and a consumer because it completely eliminates the incentive to be a subscriber. In an age of dwindling print circulation, you would think Marvel would try and cater to their subscribers – those who have pledged in advance to purchase Marvel comic books for at least the next calendar year, but this is the one industry where the publisher seems to thumb its nose in the face of its committed buyers.