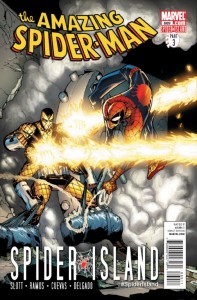 When you look back to the earliest days of superhero comic books, the titular character’s girlfriend always seemed to be more of a damsel in distress than any kind of equal in combat. Even throughout Spider-Man’s history, his first girlfriend, Betty Brant was constantly drawn as emotionally fraught and Spidey’s first true love, Gwen Stacy, was killed by one of his enemies. When Peter Parker decided to marry Mary Jane Watson, while she was certainly more sassy and spunky than previous love interests, she also wasn’t out on the front lines, going toe-to-toe with the likes of Venom or Doctor Octopus.

By giving all of the “regular” people in New York City spider powers for the Spider Island arc, ASM’s creative team has been able to change the more traditional dynamics between Peter and his love interests. With his current girlfriend, Carlie Cooper, the creative team already has a more powerful female character to work with – a police detective who even without powers, comes across as absolutely fearless, not to mention intelligent and intuitive. Now that she has spider powers, she comes across as even more of an equal for Peter.

Of course in Amazing Spider-Man #669, Peter is still withholding his secret superhero identity from Carlie, something the Spider Island epidemic affords him to do because it’s not the least bit suspicious that the mild-mannered Peter Parker can shoot webs and cling to walls when every other non-superhero in the city can seemingly do the same. While things certainly look bleak for Carlie by the end of ASM #669 when she evolves into an actual spider creature, I’m still going out on a limb and predicting that she’s going to have to find out that Peter is Spider-Man by the end of this arc. 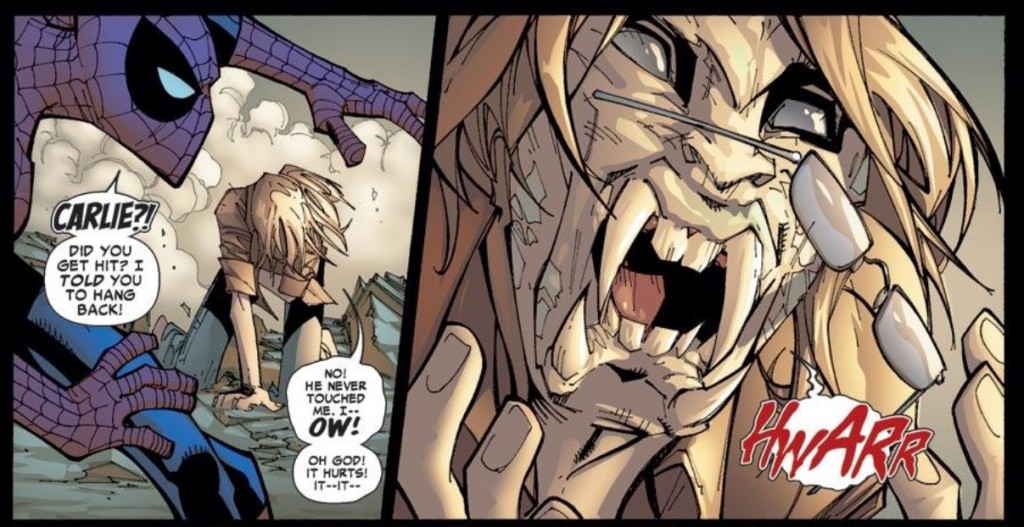 In the past, Peter has always kept these details from his love interests (besides Mary Jane) out of fear that the truth of the matter would destroy his relationships. After actually fighting side-by-side with Carlie, I don’t see how the idea that Peter is actually Spider-Man would upset Carlie. Yes, she’s going to be righteously ticked off that he withheld this information from her when she initially confronted him about it, instead lying and saying that his only connection to Spidey was to help create some of the technology he uses. But it’s not like the Betty or Gwen situations, when they each blamed Spider-Man and his recklessness for causing the deaths of their brother and father respectively. 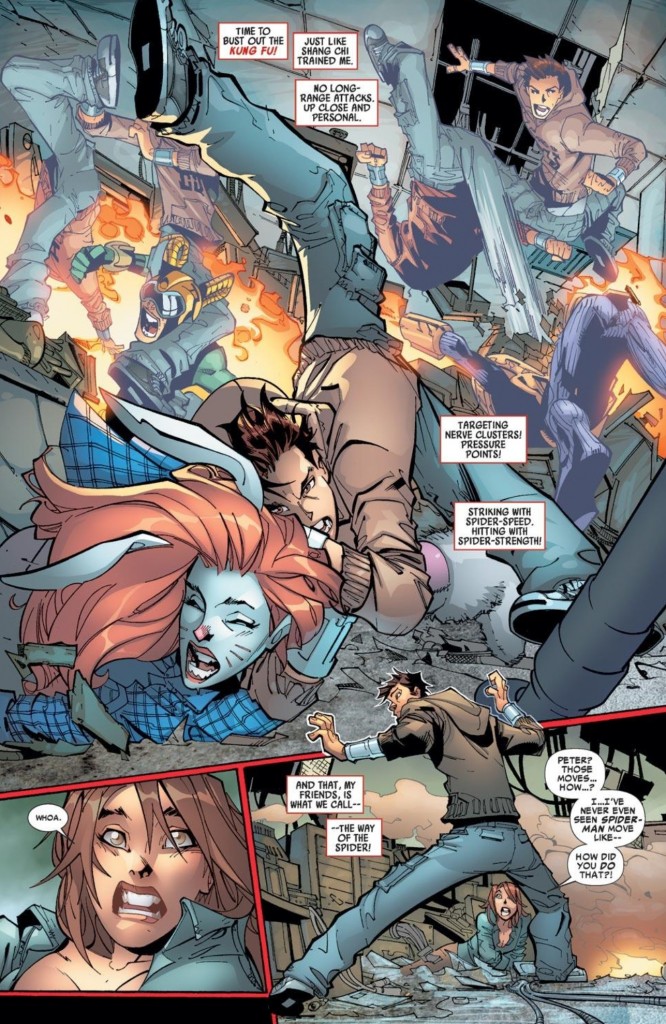 All the same, in the post-Brand New Day Spider-Man universe where Peter’s identity was made secret again, I’ve always thought it was best that Peter choose judiciously who he outs himself to (the Fantastic Four made sense to me, The Avengers, not so much). In the case of Carlie, I think she’s proven herself a worthy enough love interest to warrant the honesty. 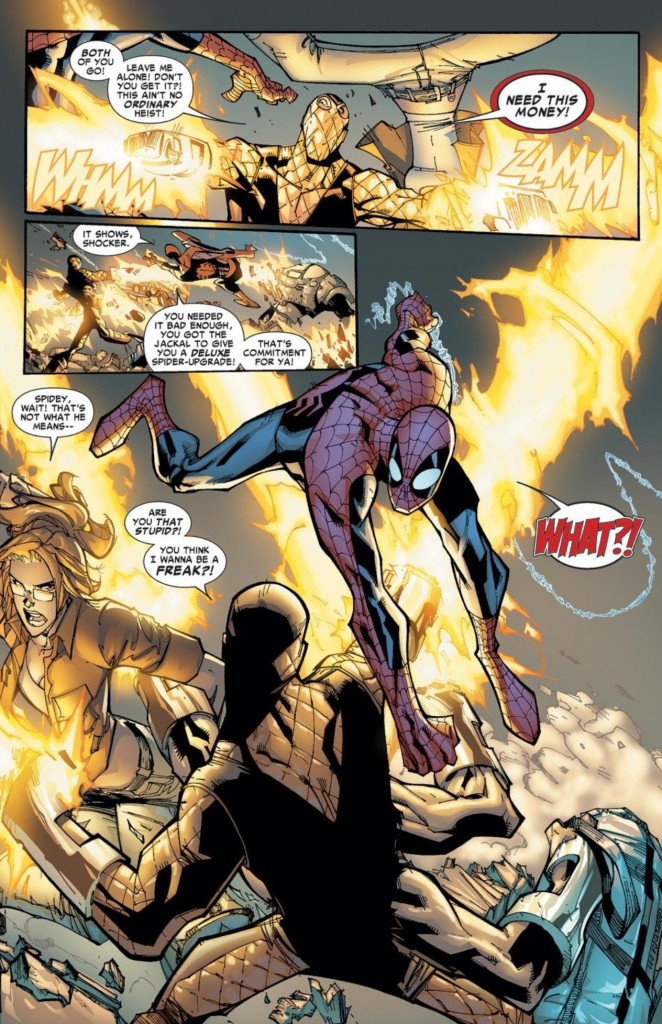 Even after the Spider Island arc is over, Carlie’s professional background as a detective could lead to a number of instances where the two could work together productively. It would also help for Spidey to have a bonafide ally in the police department who will keep the law off his back when he acts more as a vigilante than a by-the-book crime-stopper. This could just be wishful thinking on my part, but if characters like Ronin and Ms. Marvel are allowed to know Spidey’s secret identity, than his girlfriend who’s been working side-by-side with him to overtake a citywide spider virus, could be let in on the secret.