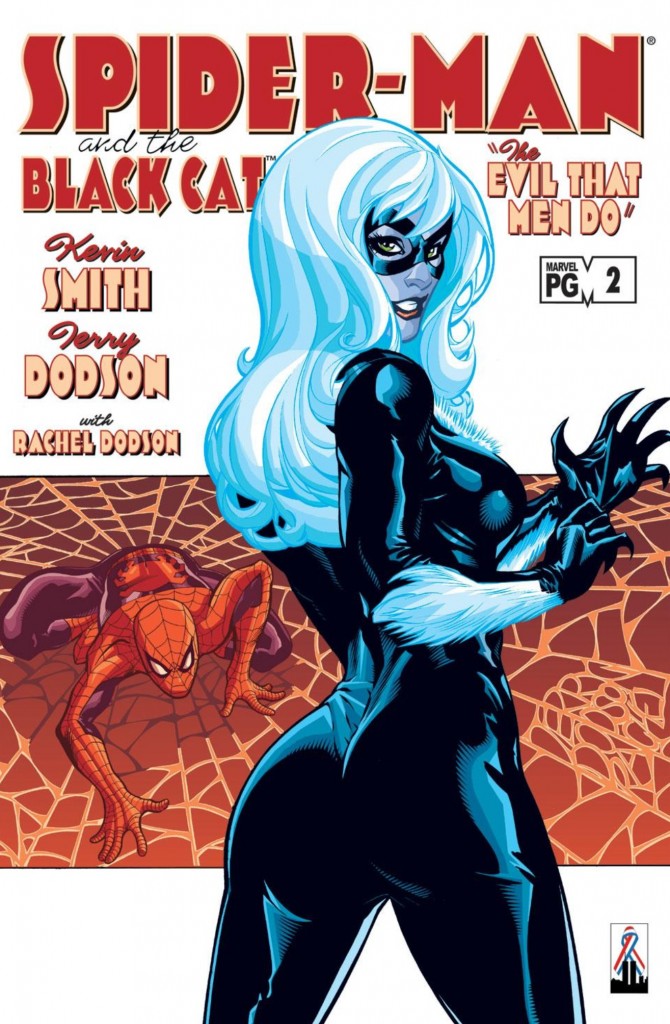 The Kevin Smith/Terry Dodson controversial miniseries, Spider-Man/Black Cat: The Evil That Men Do, might be one of the hardest stories I’ve ever had to write about on Chasing Amazing, because I’m just utterly conflicted about its content, its presentation, and its writer.

Let’s start with Smith, since people who have read this series generally recognize it for two things: the retcon of Felica Hardy’s past which is used to explain her motivation to eventually become the Black Cat; and Smith’s almost-comical level of tardiness with his script. 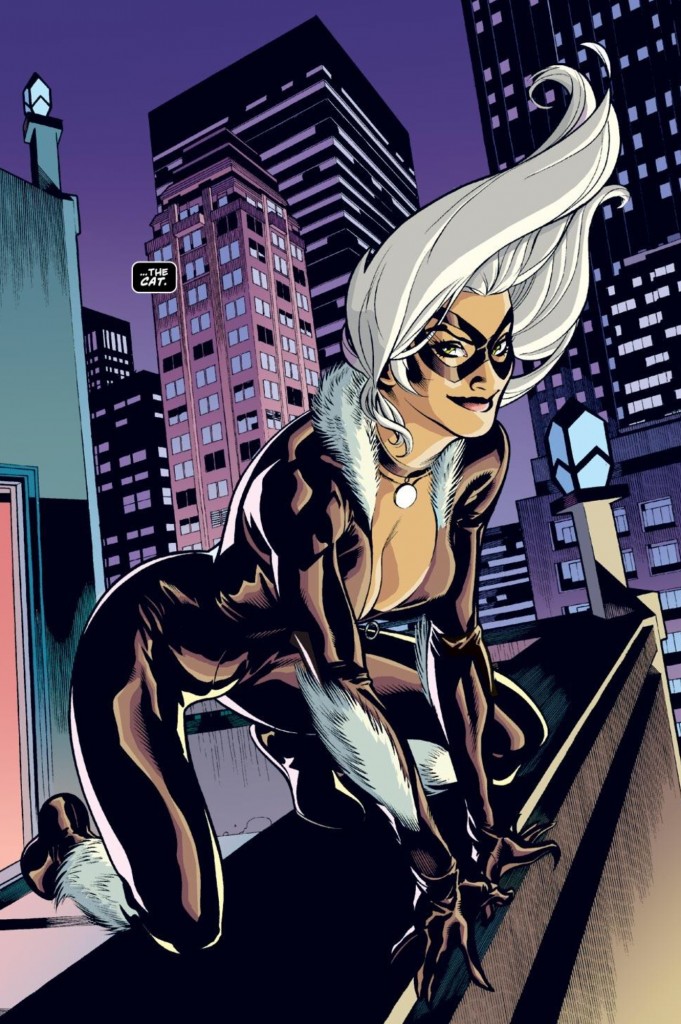 For the uninitiated, the first three installments of this six-part mini were released in 2002 (and rumor had it that Smith was potentially going to take over for J. Michael Straczynski as the lead writer of Amazing Spider-Man once he finished this mini). Issue #3 ends on a helluva cliffhanger where it looks all but certain that the Black Cat is about to be raped by the comic’s antagonist, Garrison Klum, and then the series went on an unexpected hiatus for about three years. The final three chapters were released in 2005-06, where we learn that Felicia was not actually raped but instead had been (wrongly) charged with Klum’s murder. 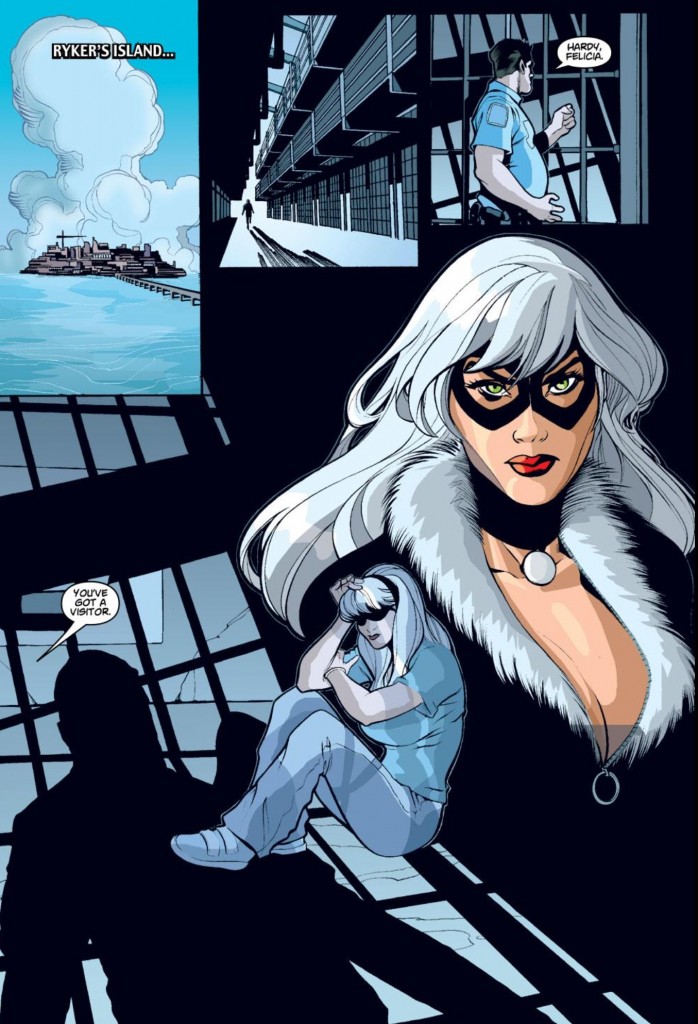 Marvel’s solicitations for the final installments of the mini made light of Smith’s inability to deliver his script in a reasonable amount of time, while fans were outraged by the delays. Since this whole thing unfolded during that infamous transition period in my life as a comic book reader, I don’t feel strongly about it one way or another, though as someone who, in recent years, has become disenfranchised with Smith, the pop culture personality, I can’t say I’m all that shocked by the whole debacle.

Smith’s first film, Clerks, was released at a critical point in my teenage years, and I instantly fell in love with it and its two main characters, Dante and Randal. The film was totally crude and outrageous, and contained a bunch of sexually-explicit jokes that my naïve 13-year-old self didn’t understand, but I also loved the sheer amount of geek-isms it espoused (the scene about contractors on the second Death Star is a favorite) and, as a wannabe writer myself, I loved Smith’s very realistic dialogue. 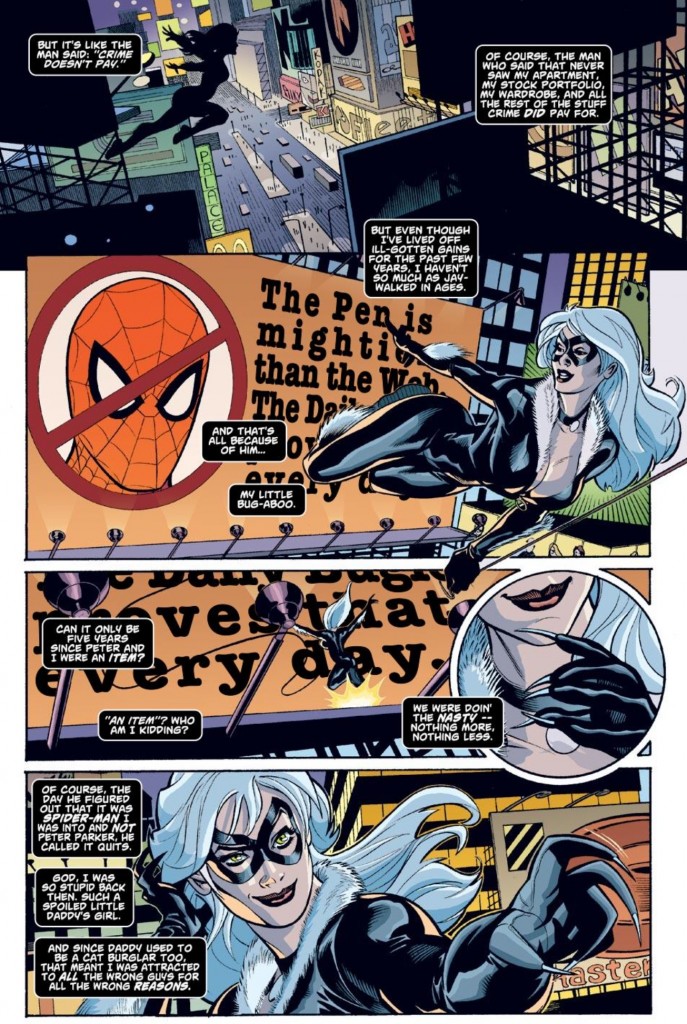 As Smith’s continued to make movies, I found myself equally in love with Mallrats which, as critically-panned as it was, might be my favorite film of the director’s original Jersey-centric run. I also liked Chasing Amy, despite only seeing the whole thing two times. And then Dogma came out in 1999 at a time where I found myself having a major crisis in faith and spirituality (also known as my freshman year of college). So, all in all, Smith could do no wrong as a filmmaker in my mind.

But, then there was Jay and Silent Bob Strike Back, Jersey Girl, and Clerks 2, and I found myself becoming less in awe of him. That’s when I started to see Smith as more of a one-trick pony who appealed to a younger, more socially immature version of myself. I think anyone who is post-college has that kind of fleeting love affair with some pop culture personality. What once seemed cool and hip and spoke to you on a level nothing else did, just feels tired and repetitive now (the same could be said with how I feel about Dave Matthews Band). 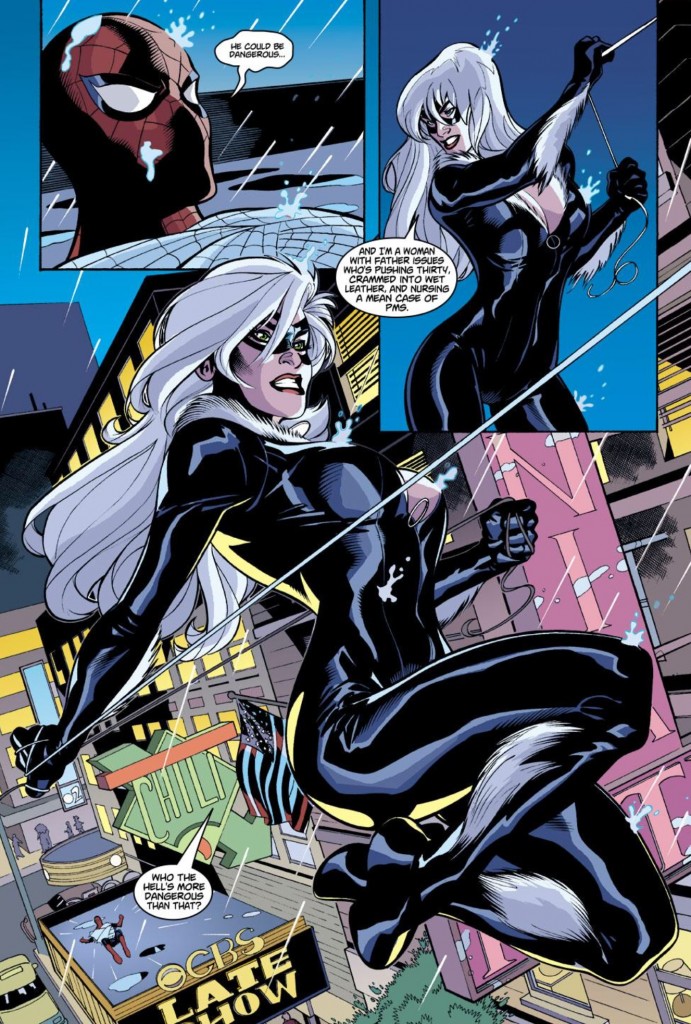 So that at least provides some context as to why I find myself in a tough position when talking about Kevin Smith, the comic book writer. I feel like his filmmaker persona was a critical part of my teenage years but, at the same time, I’ve totally outgrown him and don’t know if I could compliment something he’s done over the past decade or so without thinking I’ve emotionally regressed as a person. 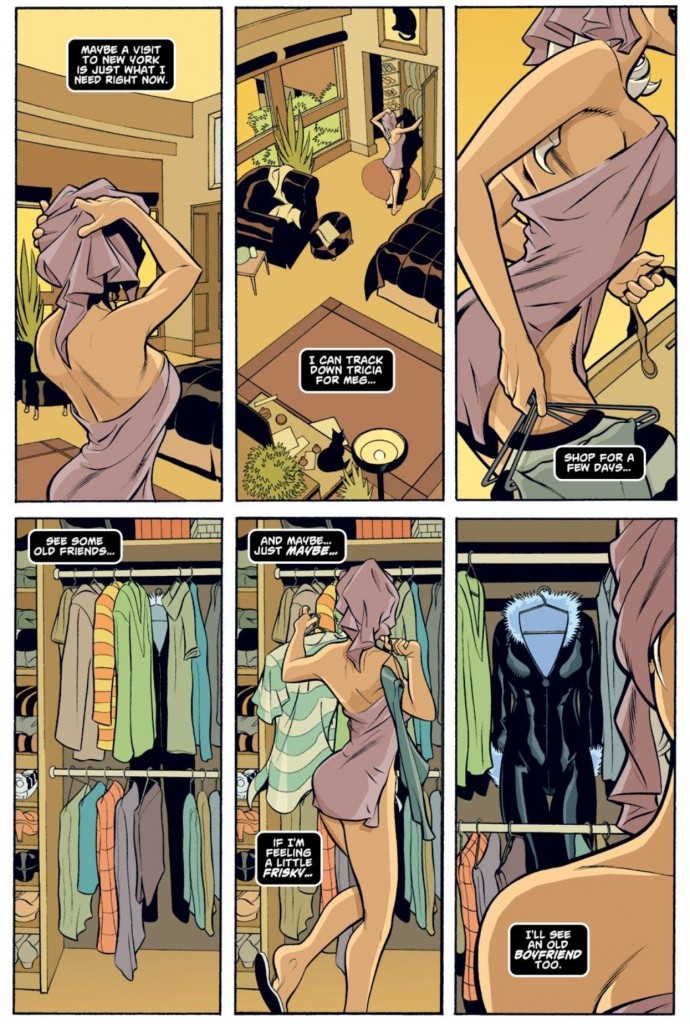 This bizarre emotional response dovetails nicely to the actual plot and narrative thrust of the Spider-Man/Black Cat miniseries. The mini starts out as a rather fun team-up story that nicely plays up the lingering sexual tension between the former lovers. But then, right when the story goes on hiatus, the tone dramatically shifts when it appears that the Black Cat was raped.

Full disclosure: I am not about to write some mealy-mouthed hypocritical screed about why I think rape is an important topic but that it should not be covered in a medium like comic books. I’ve taken a look at past reviews on other sites and there’s definitely a “why is Kevin Smith spoiling my fun with this rape stuff” vibe to some of them, which just feels like sociological two-stepping. 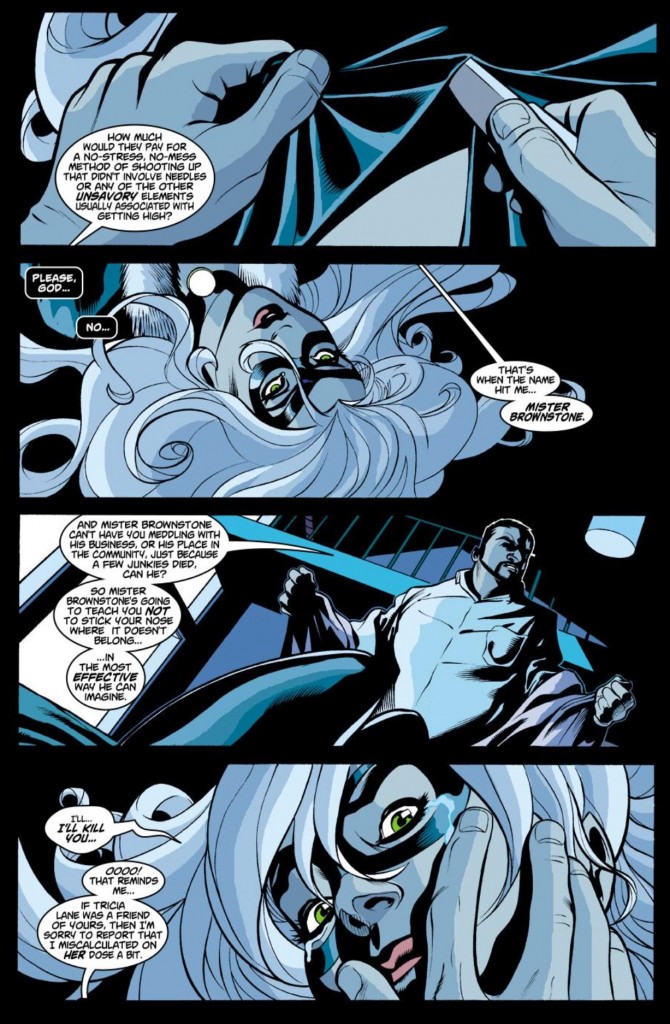 Rape is a very personal issue to me as I know a number of people who have been victims of sexual abuse and assault. So, I have no objections with comic books talking about rape. In fact, I think in general, people don’t talk about rape enough – especially men. Considering the fact that comic book readers are still primarily a male dominated audience, a Spider-Man comic is a pretty awesome platform to address people who otherwise maybe don’t care to think about this topic.

With that said, I do have some issues with how Smith and his entire miniseries tackles the topic, and I wonder if the end result could have been written with more elegance and coherence.

The first issue I have with Spider-Man/Black Cat is just how abruptly the tone of the series shifts once Smith takes his project on its three-year hiatus. If you read all six comics in one continuous sitting (as I did before prepping this post), the tone and mood of issues #1-3 and #4-6 are so starkly different it feels like two completely different, unrelated series. 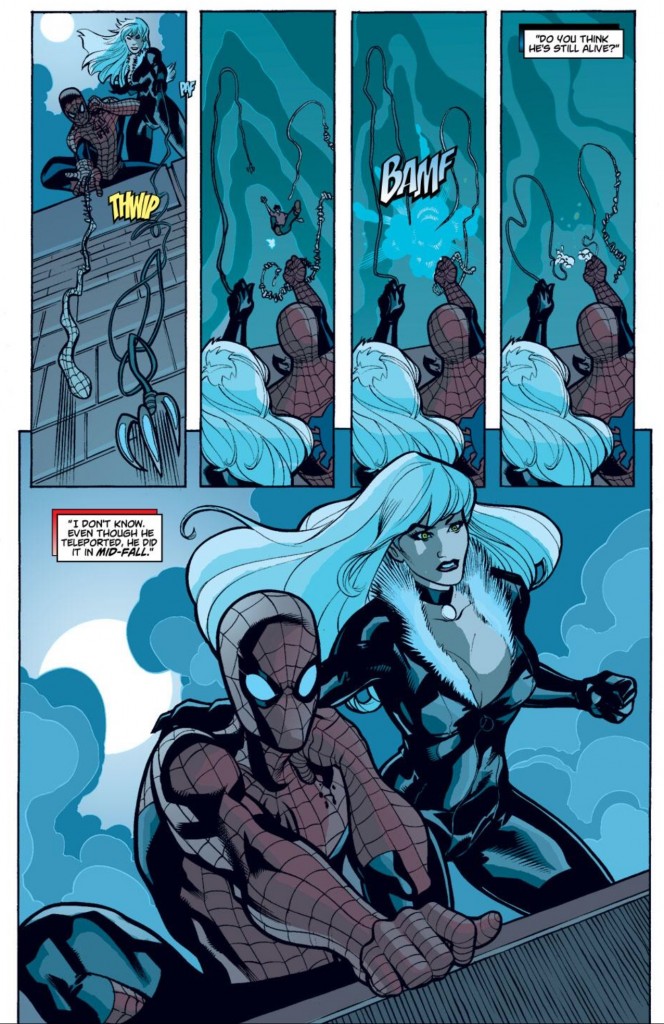 The first three issues are just so carefree and flirty – Smith teases on numerous occasions that Peter and Felicia still have very strong romantic feelings for other, and even drops a number of explicit references to their sexual history with each other – the dramatic turn of events in the latter half grinds the flow of the story to a halt. Perhaps it could be argued that such a hard shift in the tone was used to convey just how sudden and unexpected sexual assault and abuse can be – a victim is often raped by somebody they know and, in many cases, somebody they trust. But, even if that was Smith’s intent, I think there were more graceful ways to work in this subtext. 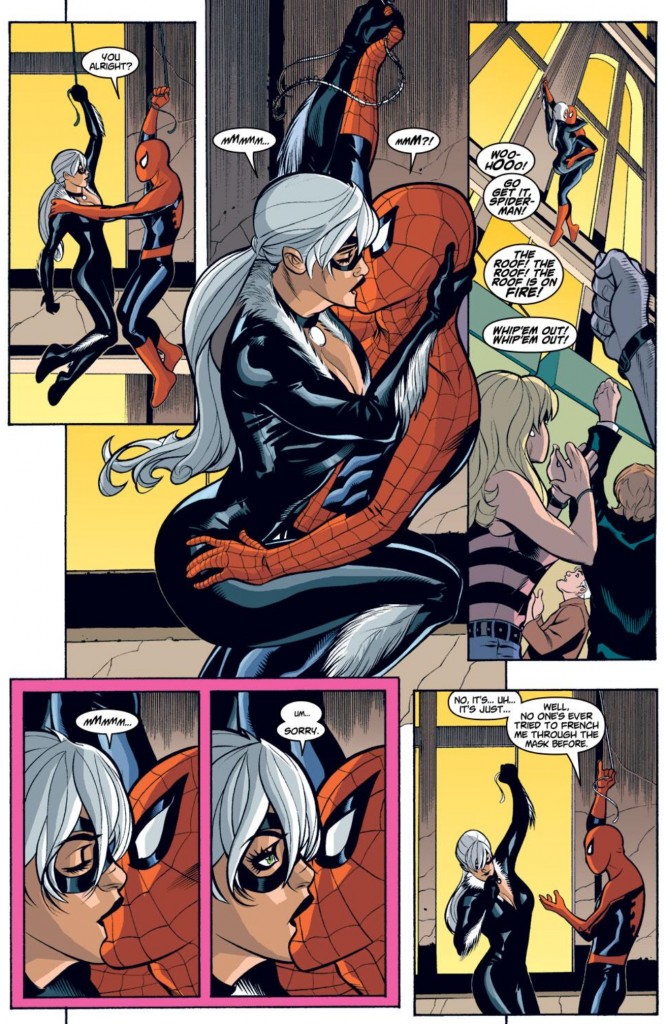 What ultimately happens is that Spider-Man/Black Cat awkwardly transitions from a comic book story about a character that gets raped, into a comic book story where characters are just talking about rape like they’re writing a college essay about it. Cat drops statistics – the title of the last issue is even “One in Four” referencing how one in every four women are raped – and sympathizes with Francis, Klum’s younger brother, who reveals to her that he was sexually abused by Garrison when he was a child. The potential is certainly there for some really beautiful characterization, but the problem is I don’t get the sense that these revelations effectively advance the plot in a meaningful way. Instead, it’s just poor story-telling that uses the seriousness of the topic to present itself as being an important moment for the medium. 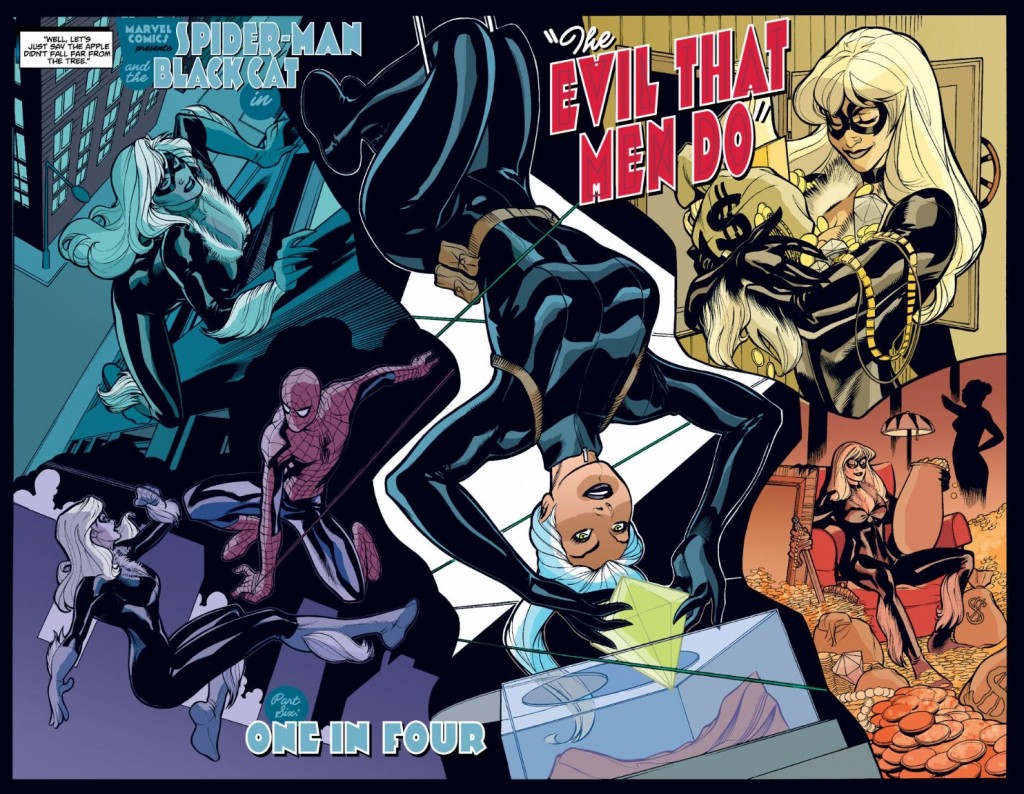 Smith reimagines Felicia’s past where she was raped by a college boyfriend, which in turn fuels her need and desire to learn judo and defend herself. But it’s a somewhat empty retcon. For decades, Felicia had been portrayed as being a quirky and carefree cat burglar with a peculiar hang-up with her father, and a rather voracious sexual appetite. Smith could have used any of these personality traits t help build up his new status quo – i.e. Felicia explaining her past behavior as her trying to find a way to bury the trauma and shame that was caused by her rape. Instead, he writes “serious” Felicia as an entirely different character that comes across as tonally divorced from continuity. 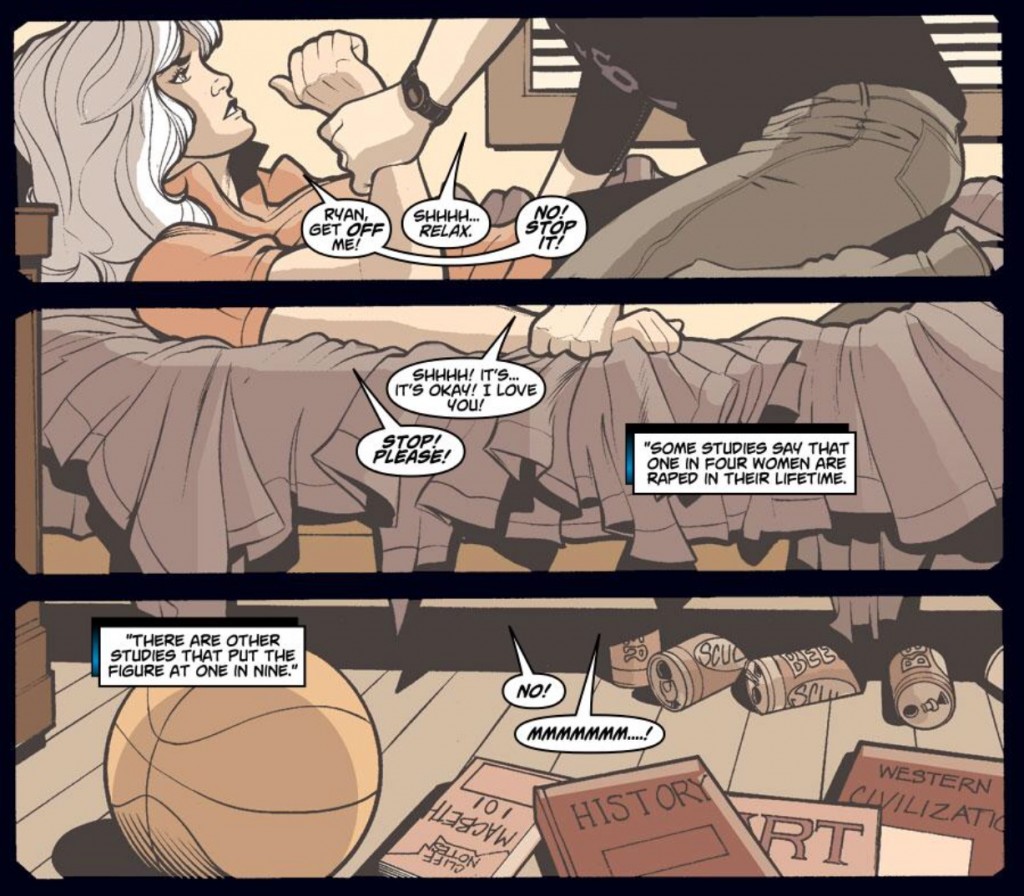 Additionally, while this miniseries should hypothetically celebrate Felicia for talking so candidly about her traumatic experience, its sincerity should be called into question because it still manages to visually and verbally objectify the character. The cover image for the mini’s very first issue depicts Felicia’s breasts practically falling out of her leather catsuit, while she also reduces her previous relationship with Peter as the two of them “doing the nasty … nothing more.” To top it off, there are far too many Felicia fat jokes courtesy of Peter, which are not only cruel, but totally out of character for Spidey. 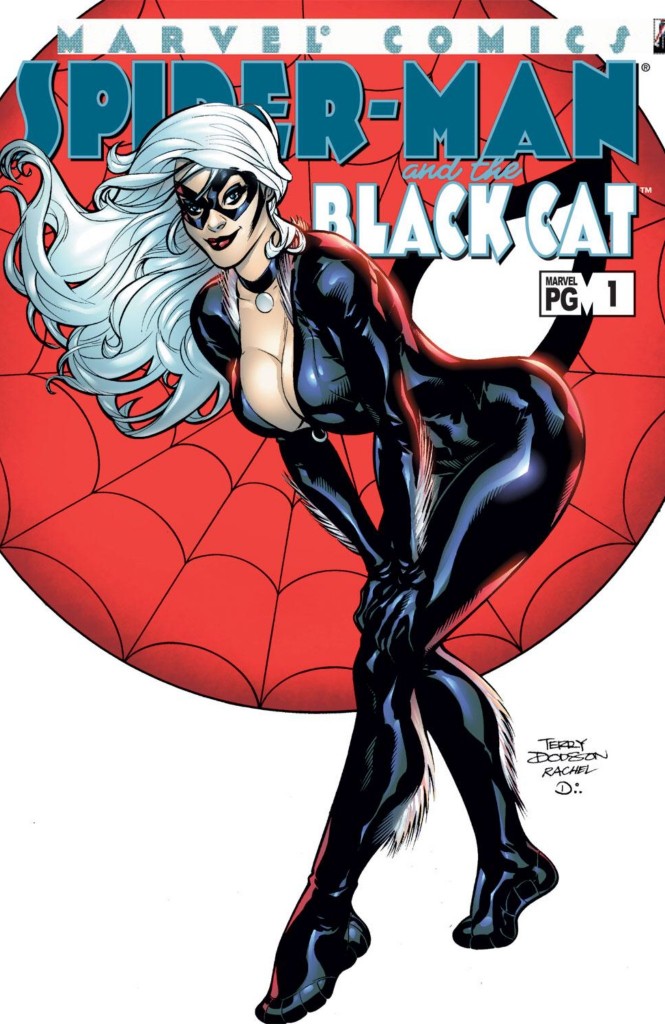 Smith does a good enough job of making Felicia a victim, but he doesn’t follow-up and empower her or show how she’s grown as a person. At the end, she just glibly turns to Spider-Man and tells him “I need to tell you something,” as if this weight, that was never truly established, has finally been lifted off her shoulders. Just like with Smith’s film career, the potential was there for something special with Spider-Man/Black Cat – either as something light and carefree, or something serious and moving. But the story lacks maturity. It lacks insight. It comes across like Smith wanted to lay this huge trauma on Felicia’s past and after spinning a wheel picked “rape.”

It’s the kind of story a younger version of me – the person who thought Smith could do no wrong when he tackled Generation X or spirituality – would have found to be really moving. But the older, wiser version of me that has much more life experience doesn’t find his stories all that appealing anymore.