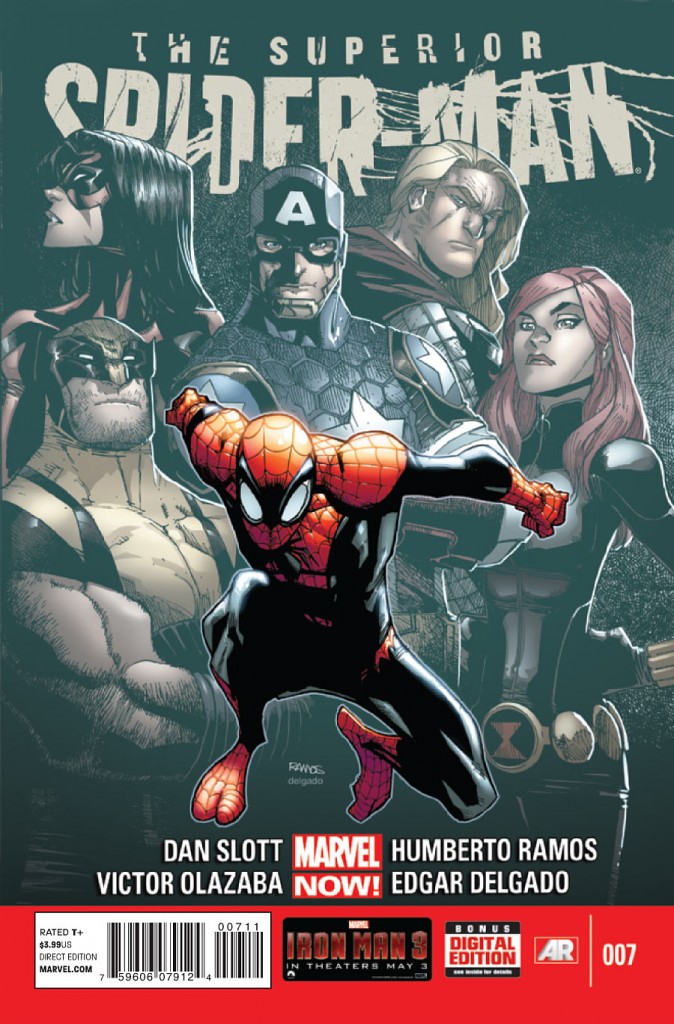 Never one to ignore an opportunity to tout my insightfulness when it comes to … everything, really, a couple of weeks ago I published an article with the non-profit comic book magazine/web site Sequart about the projection of memories in Superior Spider-Man. As someone who read and analyzed many of famed neuroscientist Oliver Sacks’ case studies which examined highly irregular and unique conditions related to the mind (i.e., a man who developed agnosia which made him mistake his wife for a hat), I found some of the ways Dan Slott has demonstrated Peter and Doc Ock co-habiting Peter’s brain went beyond the your average, run-of-the-mill “mind swap” story. I’m not going to sit here and predict that the resolution to this whole arc is that Peter has developed a full-out neurological disorder – there is clearly some comic book-ized hijinks in play here – but the way Slott and the rest of the creative team play with memories and physical/spatial relationships with the character indicates to me that there is “more” going on.

Superior Spider-Man #7 appears to be the first instance where Slott is blatantly tipping his hand in this direction. Watching Astral Peter work inside Doc Ock’s brain to move his right hand before finding he was unable to get him to write something coherent is just straightforward neuroscience. I’m sure people who actual study/teach this stuff for a living will poke holes in how authentically the science is portrayed here, but I’m not as interested in the detail as I am in the fact that Slott is actually “going there.” This is a good thing. 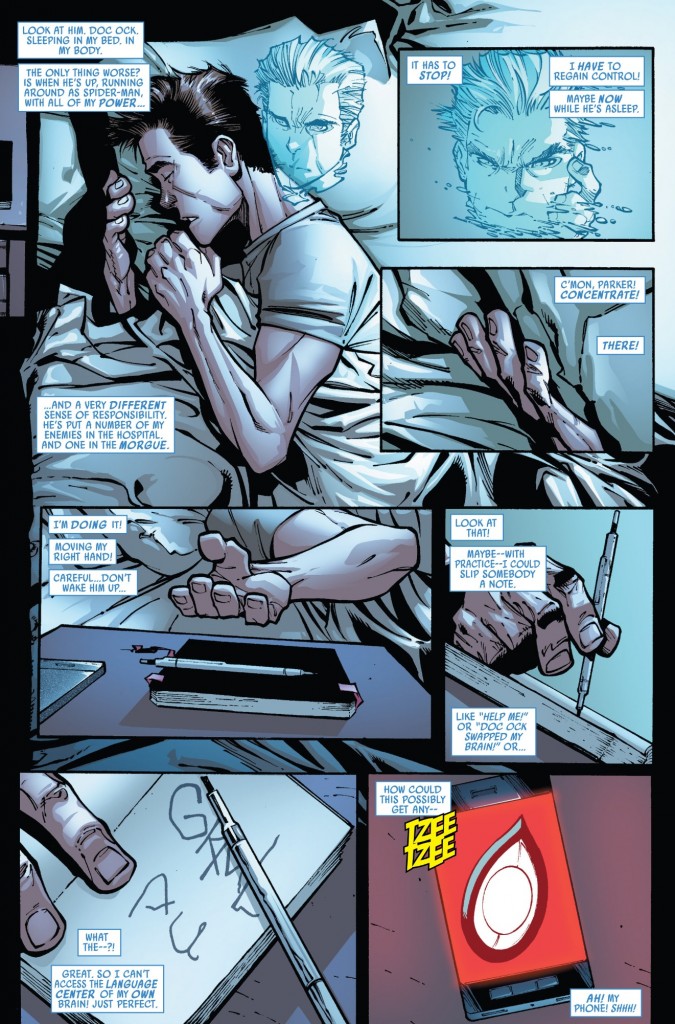 I’ve said on a few other occasions that part of what makes Superior Spider-Man an interesting read is the fact that I do believe Slott is sincere when he says he changed up the status quo because he wants to tell new kinds of stories within a Spider-Man comic. Slott and Marvel only damage their legitimacy to these claims when they seemingly intentionally seek negative attention (aka trolling) in the statements made in interviews and in solicitations (why they have to say Superior #9 is going to make us even “angrier” than Amazing Spider-Man #700 is lost on me). And yet, if Slott, Stephen Whacker and the rest, were really only interested in creating a gimmicky comic book that grabs (industry) headlines and alienates fans, then they wouldn’t bother to traverse such new ground like some of the actual science involved with the premise of the book. In other words, if Peter were truly “dead” and Doc Ock had succeed in stealing his body, why would anyone be teasing a storyline where some kind of remnant of Parker’s spiritual essence was capable of “winning” his body back and doing things like preventing Spider Ock from landing a fatal blow to the misunderstood Cardiac? 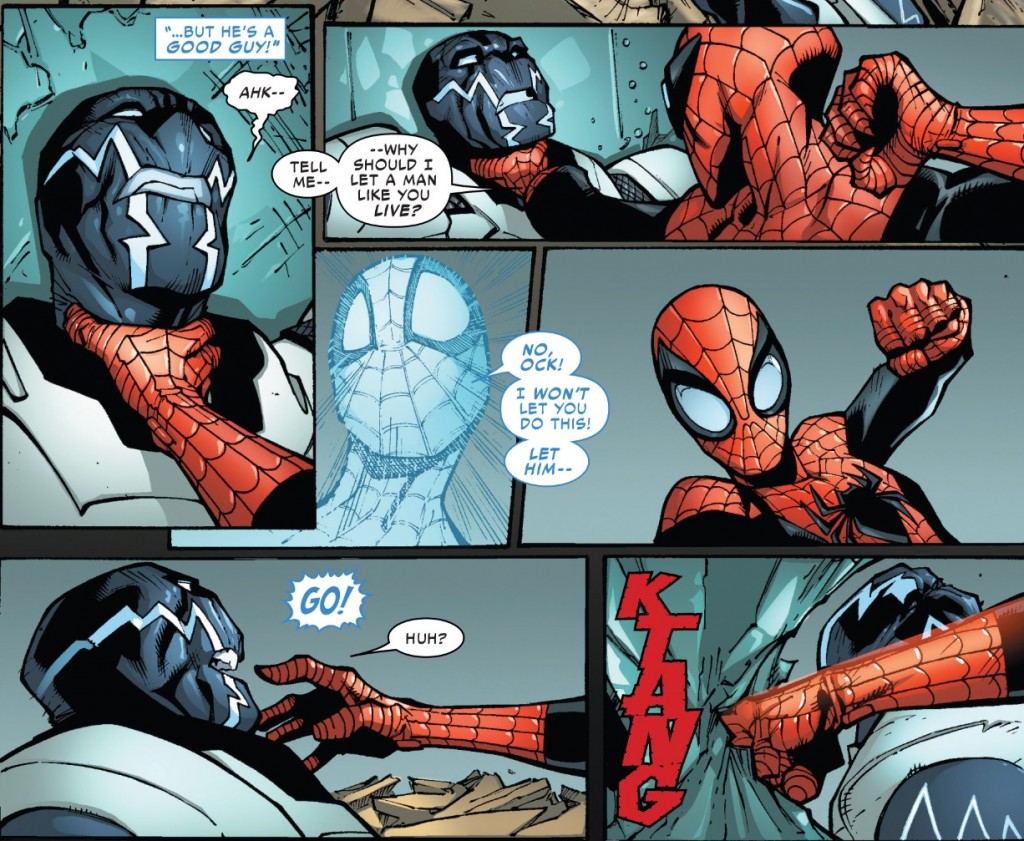 Now, I have to give pause to all this before I go any further because after reading Superior #8 (post on that coming Thursday) and examining the tea leaves of the Superior #9 preview (along with all of the “Superior Spider-Man” events coming in July) there’s probably a very good shot that the neurological battles between Peter and Ock comes to an end sooner rather than later. And while I’m not going to run around and scream about giving up the title if that happens, I will be a little disappointed. Again, I think Marvel has a unique opportunity to explore themes and ideas that they’ve never even touched before in a Spider-Man comic book. Usually, the brainy, science fiction stories are left to the Fantastic Four or Marvel’s “cosmic” properties. But a superhero/supervillain mind swap that’s actually built on a foundation of neuroscience? I want to read that title every two weeks. I hope Marvel obliges. 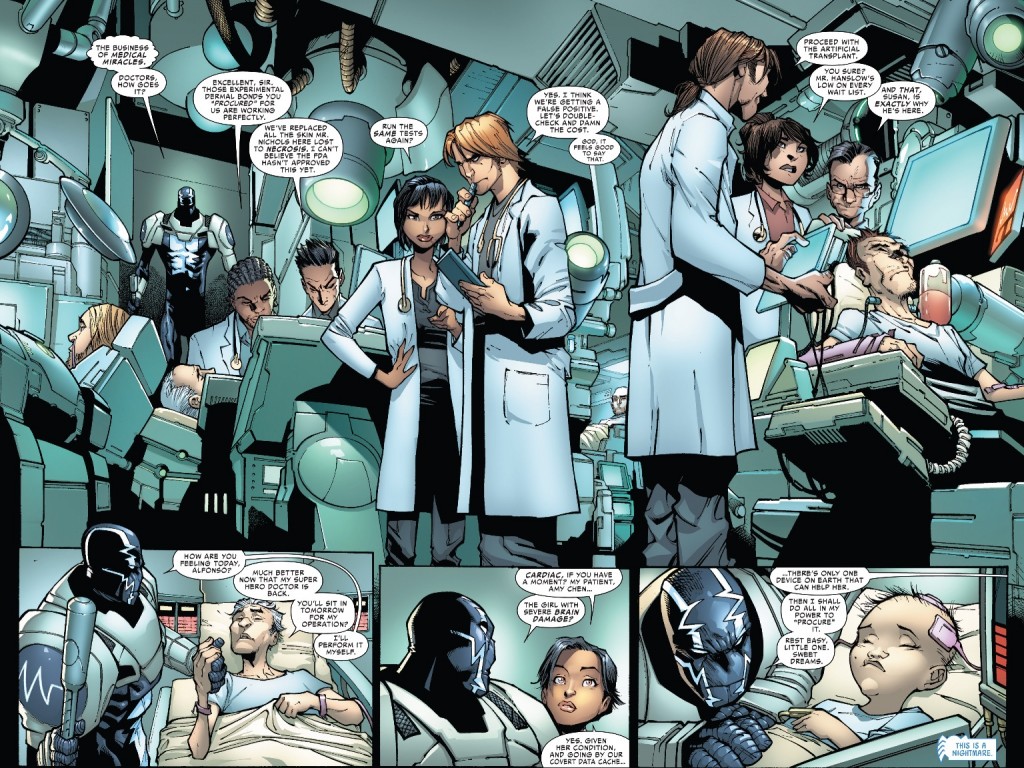