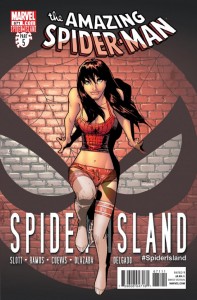 You’ll often hear me discuss specific themes and storytelling devices utilized by writers and creative teams that have kept me hooked on Amazing Spider-Man for more than 20 years. I’ll talk about character developments, or rich back-stories, but really the moments in comic books, and Spider-Man comic books specifically, that are the most engaging are those moments where the plot takes you to a place that makes you stand up and cheer like a fanboy. Spider-Man has a rich history of these moments, and you can now add the ending of ASM #671 to the list.

One of the earlier posts I’ve made on this blog (dating back to the blogspot days) was a pretty agitated dismissal of ASM writer Dan Slott’s decision to strip the web slinger of his patented Spidey Sense. While I understand the importance of adding new dimensions to characters that are approaching 50-years-old in real-time-speak, I argued that the Spidey Sense was a core attribute of Spider-Man’s – something that made him incredibly unique and different in a world full of muscleheads and physical freaks. I said I would only be willing to move past this decision by Slott & Co. if there was a worthwhile payoff.

The fact that I didn’t foresee Spider Island as the time and place for such a payoff is a demonstration of both my obliviousness, and Slott’s capabilities as a storyteller. In fact, I’d go as far as to say the moment totally blindsided me in a wonderful way. 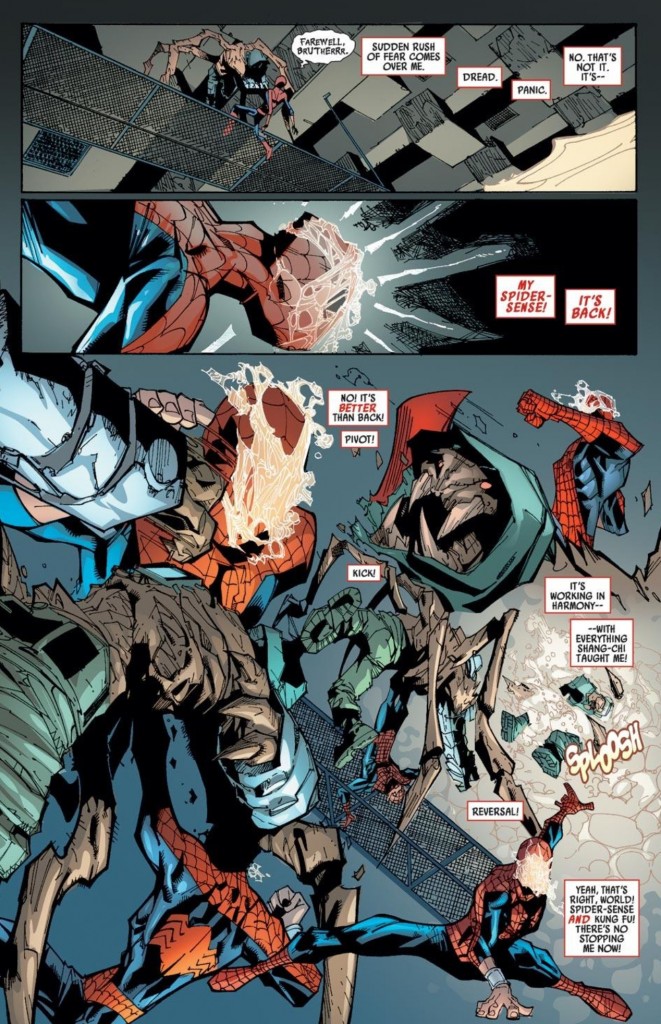 As Spidey is getting pulverized by his demented clone Tarantula/Kaine, looking a step too slow and incredibly overmatched and on the verge of defeat and possibly, decades of comic book reading taught me that he was going to overcome the odds somehow. But watching Spidey do just that by regaining his lost Spidey Sense just made the moment infinitely more rewarding. It was absolutely, without question, a stand up and cheer moment for me as a reader. So much so, that I was even able to overlook some of the contrivances that Spider-Man’s full power was restored with a literal flip of a switch over at Horizon Labs. 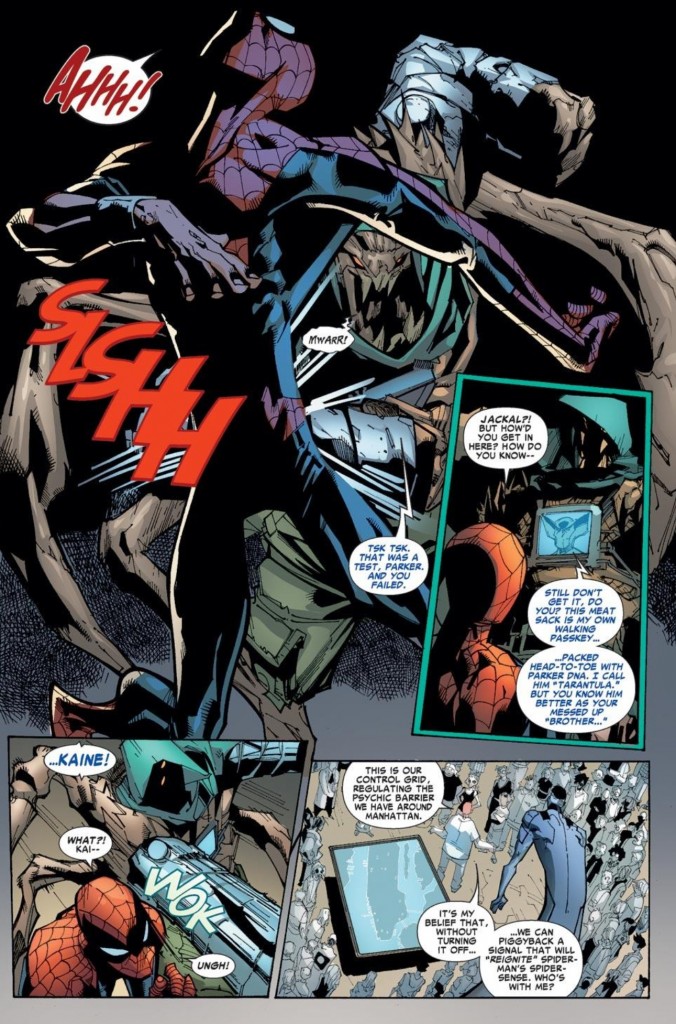 As of right now, it feels like order has been restored in the Spider-Man universe, even as we have a pretty frightening reveal of the Queen’s power on the very last pages (did she actually scream the flesh off the Jackal? Yikes). While he’s still tasked with a tall order, giving Spider-Man his Spidey Sense back for what is essentially the last few scenes of the third act of a really interesting play being written by Slott just feels right. It adds to the implied importance of Spider Island to resolve something that might seem like a recent development, but actually first took place more than a dozen issues ago.

The moment has got me thinking back to some of my all-time favorite “stand up and cheer moments” from the pages of ASM – so much so that provided I’m not in the hospital becoming a father or a sleepless zombie (or both), I plan on reminiscing about a bunch of them here on Chasing Amazing next week, as I patiently await the last two installments of Spider Island to arrive at my apartment (come on Marvel subscription services. Get to it). I already have some moments in mind – and you can imagine some of them are pretty obvious ones (though I already wrote about Roger Stern’s awesome “Nothing Can Stop the Juggernaut” a few months back, so you can cross that off the list for right now) but if any of you want to share in the fun, feel free to leave a suggestion here or send me a message/tweet on my Twitter account (there I can go again, pushing the Twitter account).