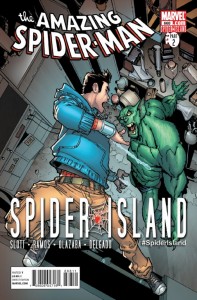 Spider-Man is the superhero. Peter Parker is the man who plays the superhero. What I found really captivating about Amazing Spider-Man #668, and the premise behind the Spider Island storyarc overall, is how the idea of who is the actual “hero” is shifting.

And it works really well in moving Spider Island into not just another Spider-Man superhero story, but rather a character-driven story about Peter Parker, his life and the world that surrounds him. I still maintain that Spider-Man would never have been such a smashing success if the character under the mask wasn’t a relatable, captivating human being who demanded the reader’s attention. Some of the most memorable moments in Spider-Man history had more to do with their impact on Peter Parker rather than Spider-Man: the death of Uncle Ben, lighting two tons of heavy machinery so he could deliver a cure to his ailing Aunt May, the death of Gwen Stacy, the mystical end of Peter’s marriage to Mary Jane, etc. When people think of Spider-Man comics, for better or for worse, these are often the moments they come back to. And if it continues at its torrid pace, you’ll probably add Spider Island to that mix one day. 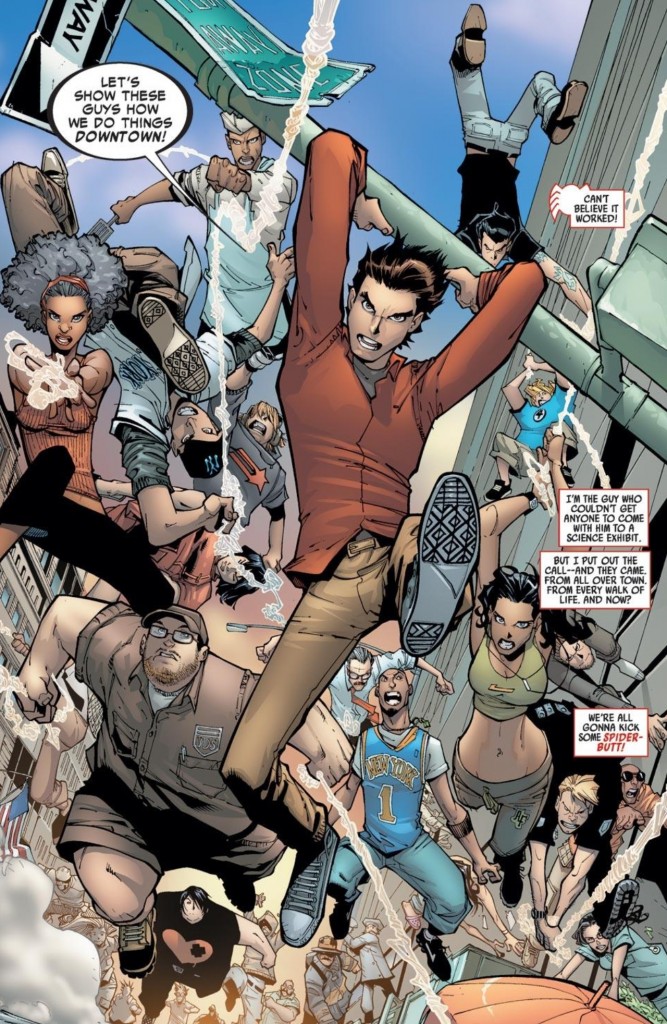 Because in ASM #668, Peter simply cannot achieve success as Spider-Man. At the end of the previous issue, he’s actually beaten down in his Spidey outfit as throngs of other superheroes are out in full force taking on the Spider-threat overtaking the city. Having Peter address the city as Peter, asking for all the good-natured responsible folks who have these spider abilities to come out and take down those who are abusing these powers is not only a logical solution to the problem, how does Spider-Man win this battle – it’s also a compelling moment for the reader. Peter, for the first time in what seems to be eons, has to rely on average, regular people to come through and save the city. It’s not often that a superhero essentially has ceded so much power, and the moment still comes across as quite powerful. 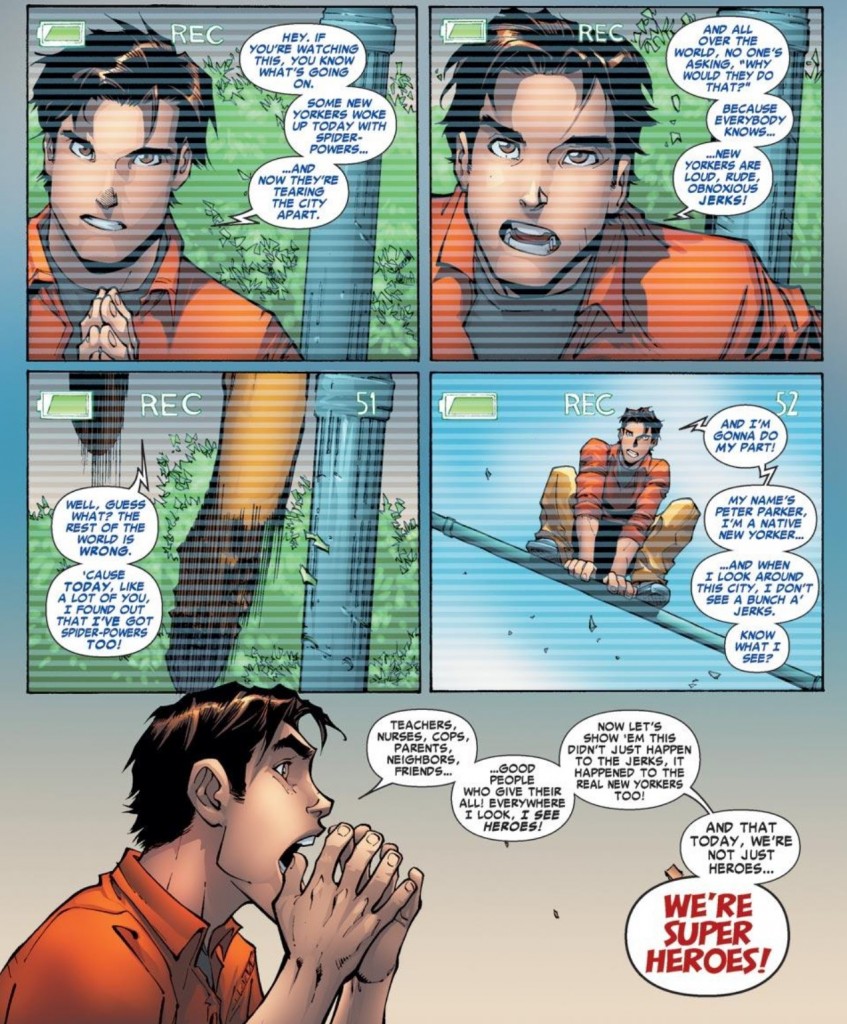 The focus on Peter rather than Spider-Man during this arc, is also producing some fascinating interplay between Parker and his girlfriend Carlie Cooper. Carlie also has these powers, and since she is such a successful police detective, she wants to use them to her physical advantage against what’s overtaken the city. Since she’s unaware of Peter’s Spider-Man-identity, she’s demanding to be the alpha-dog of the relationship, since she has real-world crime fighting experience, and Peter has none. And unless he wants to out himself to Carlie, Peter can’t say or do anything about it. He just has to watch his girlfriend put herself into real danger. 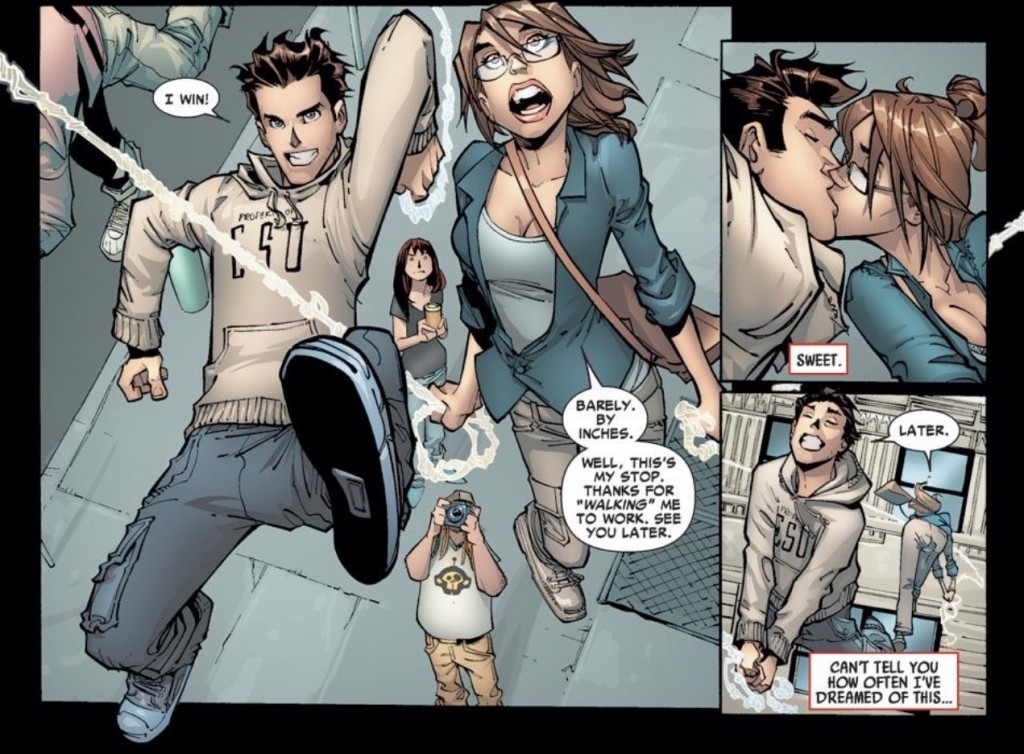 Something tells me that at some point during this arc, something is going to give for Peter and Carlie, and I wonder if it’s going to lead to another moment of immense emotional pain for Peter.