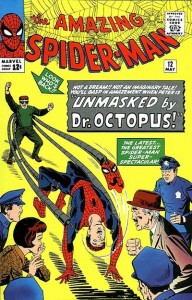 Apparently, if you’re a comic book collector looking to complete a run of a specific series, the two best things you can do is start a blog and have a milestone birthday. That way, all of your loved ones will conspire to get you stuff you’re essentially publicly begging for by calling it a “quest” and blogging about it.

At least, that’s the lesson I think I learned very recently. As I mentioned two weeks ago, I turned 30 in August, which really seems to be the semi-official transition point from young man to full-fledged adult. So what better way to mark that transition than to get spoiled rotten with your friends and family buying you a bunch of old and expensive comic books? That just makes sense.

Actually – the whole birthday business was a bit humbling this year. As the proclaimed “baby” in the family, I’ve never been shy about receiving gifts, but the generosity exhibited here was a little bit overwhelming. All of the comics I received from various people were bonafide, “key” issues that are essentially in my “quest” to collect every issue of Amazing Spider-Man (had to work that phrase in again, just to be safe). Because of the significance of all of these issues, I thought it was appropriate to deviate from my past format and instead of doing one “monthly haul” write-up, I would do individual posts spread out over the rest of August, on all of the comic books I received for my 30th birthday. Self-indulgent and extravagant? You bet. But fans of this site know that’s what I do best.

Amazing Spider-Man #12 has always had a bit of a shock factor for me. The first time I saw that front cover image of Doctor Octopus unmasking a defeated Spider-Man while J. Jonah Jameson and others looked on, I was floored. How could this happen? And in such an early ASM issue? What were the consequences for Peter Parker/Spider-Man? From what I understood, only a small number of people ever actually knew Spider-Man’s secret identity. But if Spider-Man was legitimately unmasked by one of his major villains in a public forum like what’s portrayed on the front of ASM #12, that just flies in the face I everything I thought I knew about the character’s origins.

Of course, as I’ve learned countless times in the past – the front cover of a comic book can be deceiving. Considering it’s the first  thing a person sees when he picks up a comic, the front cover is where the publisher gets to make their sales pitch. It’s their once chance to make a specific comic book stand out from all of the others in the carousel rack.

I’m sure when ASM #12 hit the newsstands in 1964, the image of an unmasked Spider-Man was sensational – the equivalent of a screaming headline on top of a tabloid newspaper . And from a historical perspective, this issue was the first time Spider-Man appeared on the front unmasked. Marvel had certainly played this bait and switch games before. The covers of both ASM #3 and #9 introduce new villains (Doctor Octopus and Electro) with the innuendo (or in the case of Electro, the promise) that they will “defeat” Spider-Man inside. But once you get into the story inside, both issues end with Spider-Man on top and triumphant.

So with the help 20-20 hindsight on my side, the first time I saw ASM #12, I was able to figure out that there must have been some kind of “catch” to Spidey’s unmasking. Maybe Marvel was going to go with the old standby, “it was a dream.” Or maybe it was just an out-and-out lie. Actually, it was option “C”: Peter was sick with a cold which weakened his superior spider powers. J. Jonah Jameson had sent him out to photograph a scheduled “fight” between Doctor Octopus and Spidey, so when Doc Ock was able to overcome and unmask Spider-Man, Jameson and the rest had just assumed that Peter was being a stupid teenager and had dressed up like a superhero to try and impress some people while the “real” Spider-Man no-showed his confrontation with the supervillain. So Spider-Man was technically unmasked as promised by the front cover, but the consequences were minor. Perhaps a little too convenient, but at least they didn’t go the “it was a dream all along” route.

Still, I’ve always loved how just the cover of this issue was able to spark my imagination like a runaway train. You know Marvel did a stand-up job when a kid sees the front of a comic that was released nearly 20 years before he was born and he’s still filled with wonder about what’s inside. That element, moreso than any of the other elements that make comics collectible – first appearances, deaths, major milestones – has always lent ASM #12 a very “special” quality to me and I knew the day I came to finally own it would feel pretty epic.

Just to add to the epic-nature of this issue, I was in Massachusetts recently visiting my in-laws with my wife when there was a knock at the door sometime after 5 p.m. There was a package from Fed Ex and my mother-in-law said it was a book for my sister-in-law. The two of them stood there trying to discreetly open the package to “check” if it was the “right book” when I recognized the all-to-familiar package from one of my favorite online retailers. I tried not to make eye contact, because I realized what was unfolding before me was a very generous act and I didn’t want to spoil the fun. Unfortunately, my mother-in-law had a hard time cutting through what the retailer describes as their “bomb proof” packaging, and eventually she caught my smirk and the jig was up. 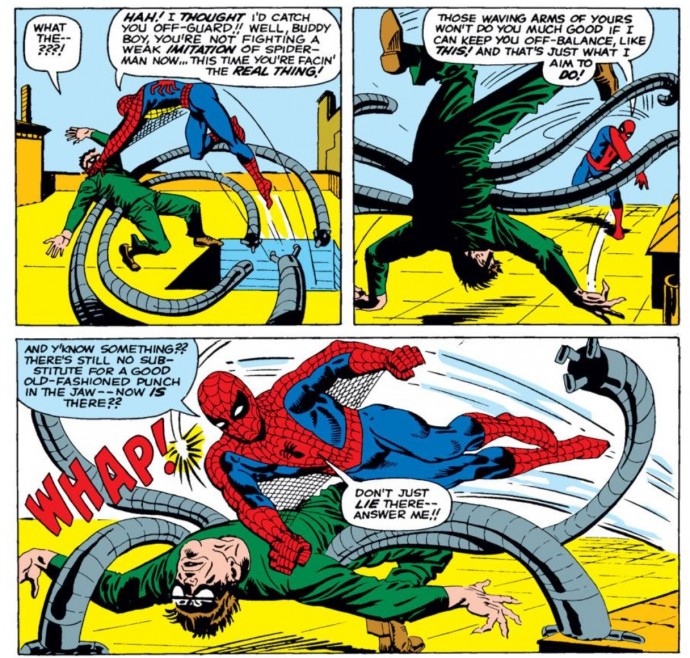 While my wife has always been an active participant in helping me with my collection, I never suspected that my in-laws would get in the act. I’ve always felt loved and accepted by them, but this was acceptance in a more personal way. I’ve always been a bit sheepish around them with the collection, just because I’m the “man” who vowed to honor and protect their daughter when I married her. I didn’t want them to think I was opting to buy comic books instead of household necessities here in New York. While I don’t suspect they would approve of me dropping a million bucks on Amazing Fantasy #15 tomorrow, getting this bit of a validation from them for my 30th birthday makes this comic book worth more to me than any high-profile auction.

Final Tally: 15 issues to go in my amazing chase.