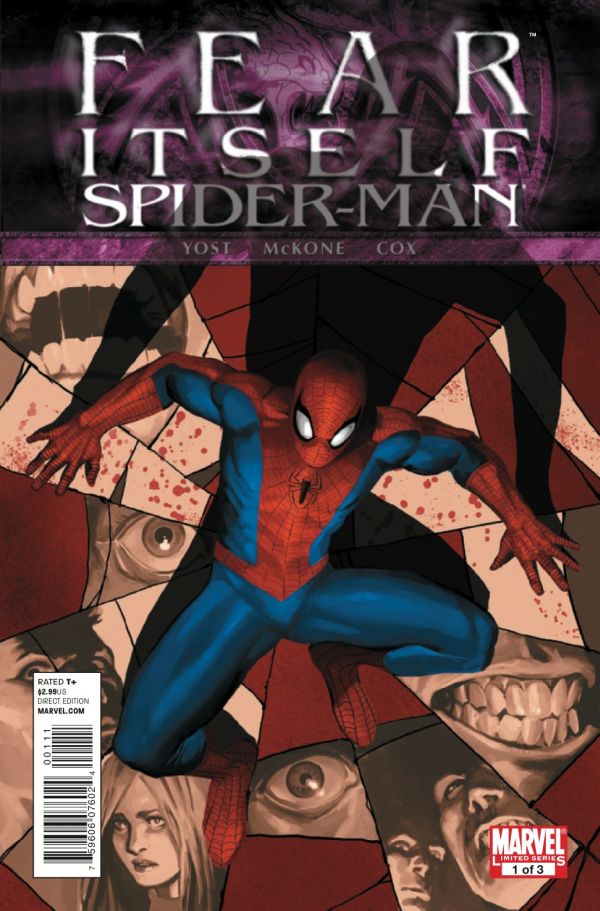 Marvel’s latest mega event, “Fear Itself” primarily focuses on Captain America and Thor as they, and other heroes, combat the “God of Fear” who is using the heroes’ inner-most fears, as well as mounting fear and paranoia, against them. But when I saw that there would be a Spider-Man centric three-part miniseries tying into Fear Itself, I was intrigued by the potential. As I’ve noted on numerous occasions around here, part of what makes Spider-Man such a fascination (and popular) character is how human the man under the mask is, despite his superhuman powers. So you could imagine that Peter Parker/Spider-Man has some pretty deep-set fears that could be exploited. 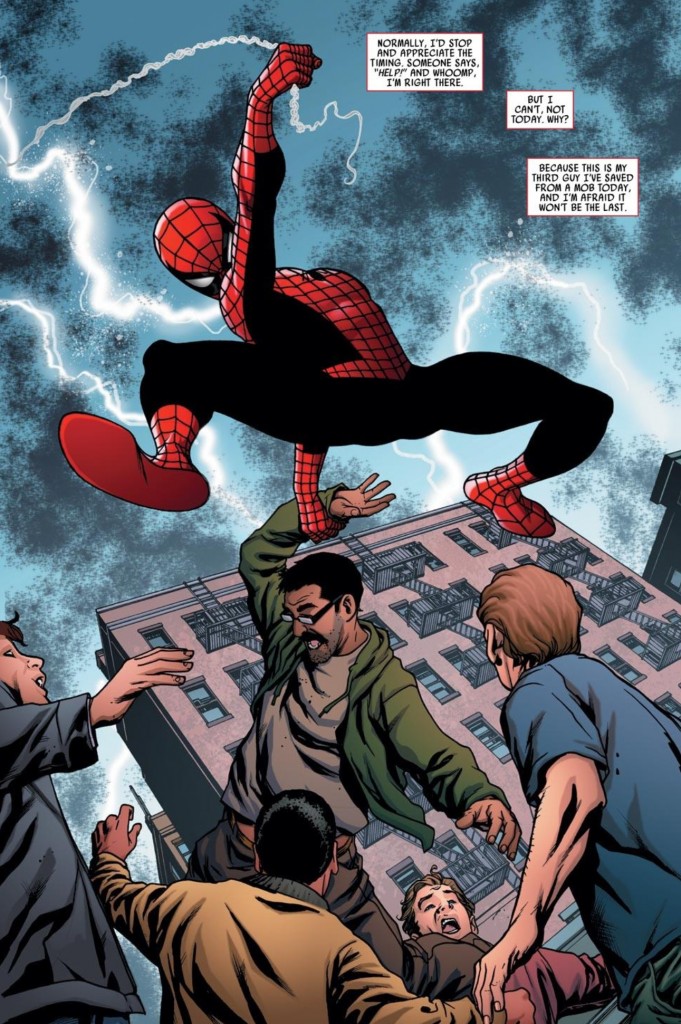 So which direction were they going to go for Fear Itself? And more specifically, who was going to show up as a villain? The story starts with Spider-Man going for “15 or 16 hours straight,” protecting civilians in a New York City run amok. A recurring theme in Spider-Man comics is Peter’s constant fear for the safety of his loved ones. His identity has always been a closely guarded secret because of the potential consequences for those who are closest to Peter Parker. Peter’s first really serious girlfriend, Gwen Stacy, was killed because the Green Goblin knew Spider-Man’s true identity and was looking to punish Peter. During the Civil War storyline, a Marvel mega-event from 2005, Peter reveals his secret publicly per the “Superhuman Registration Act” which legally called on all heroes and villains to register their true identities with the government. Afterwards, Peter’s elderly Aunt May is shot by one of the Kingpin’s hired goon. It (literally) takes a deal with the devil to save Aunt May and to erase the world’s memory of Spider-Man’s identity (and Peter’s marriage to Mary Jane) – my thoughts on that are a post for another day. 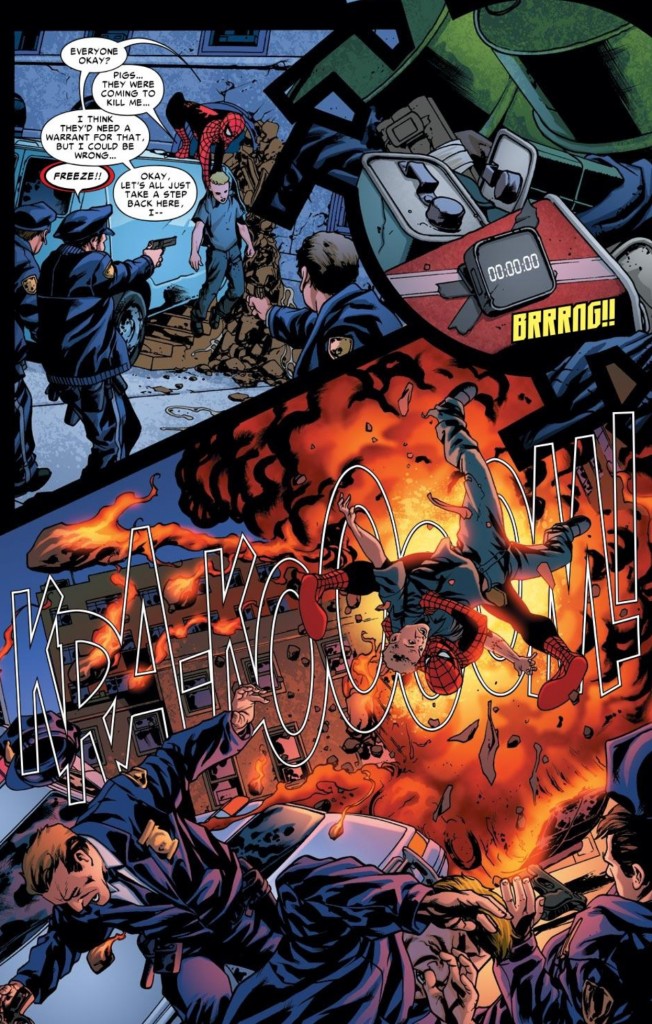 So I opened the pages to this issue expecting to see the Green Goblin flying in on his glider, littering the city’s streets with pumpkin bombs, or perhaps (another) clone of Gwen Stacy walking past Peter Parker (though Marvel has certainly gone to that well often enough). Maybe, the God of Fear would mess with Spider-Man by having one of Spidey’s classic villains show up and reveal he still knows his secret identity. In the current Amazing Spider-Man universe, Peter has seemingly got his life back together – he’s got a new girlfriend, a spunky police detective named Carlie; and he’s got a new job. So imagine if a villain knowing Spider-Man’s identity showed up and said he was going to systematically destroy all of the good Peter has currently going for him? 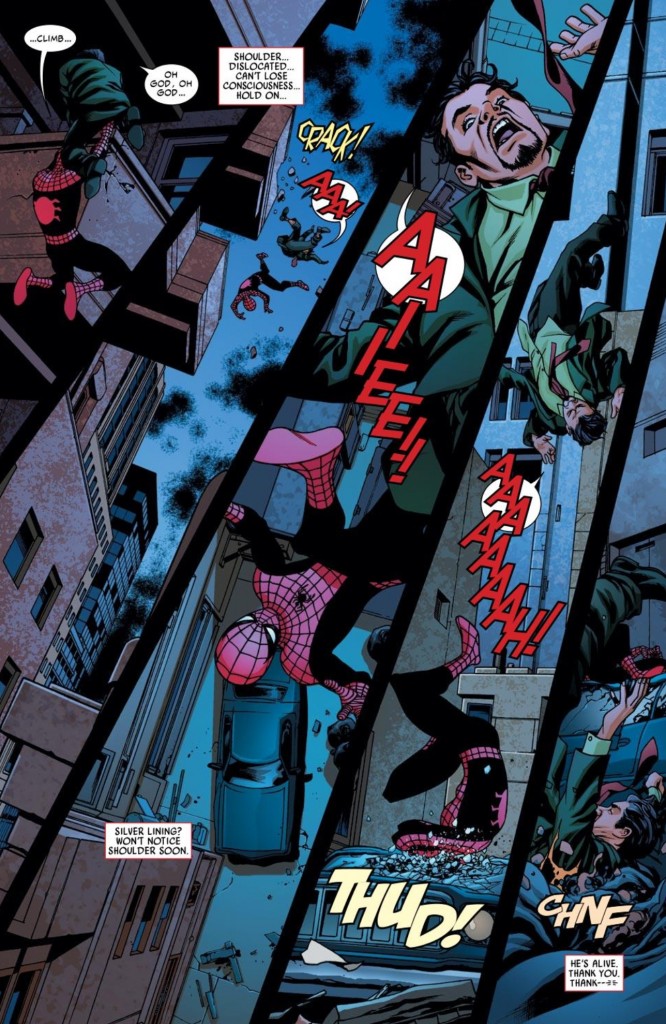 But writer Chris Yost seems to have another plan for the Spider-Man: Fear Itself series. Instead, on the first issue’s final page, Vermin shows up – a villain who is otherwise a minor character in the grand scheme of the Marvel universe, except for the fact that he was a key part of one of the most revered and controversial Spider-Man storylines of all time: Kraven’s Last Hunt. In his 1987 storyline, which was featured in all Spider-Man comics at the time, Spidey is captured and buried alive by Kraven the Hunter, a psychotic big-game “hunter” who had been long-fixated on capturing Spidey. When Spider-Man emerges from his grave, Kraven unleashes the Vermin on him, a rat-like creature with super strength and reflexes.  He can also control rats – which may not be a glamorous power, but has its perks if you’re a hairy, sharp-toothed, elongated-finger-nailed Rat-like human like Vermin. 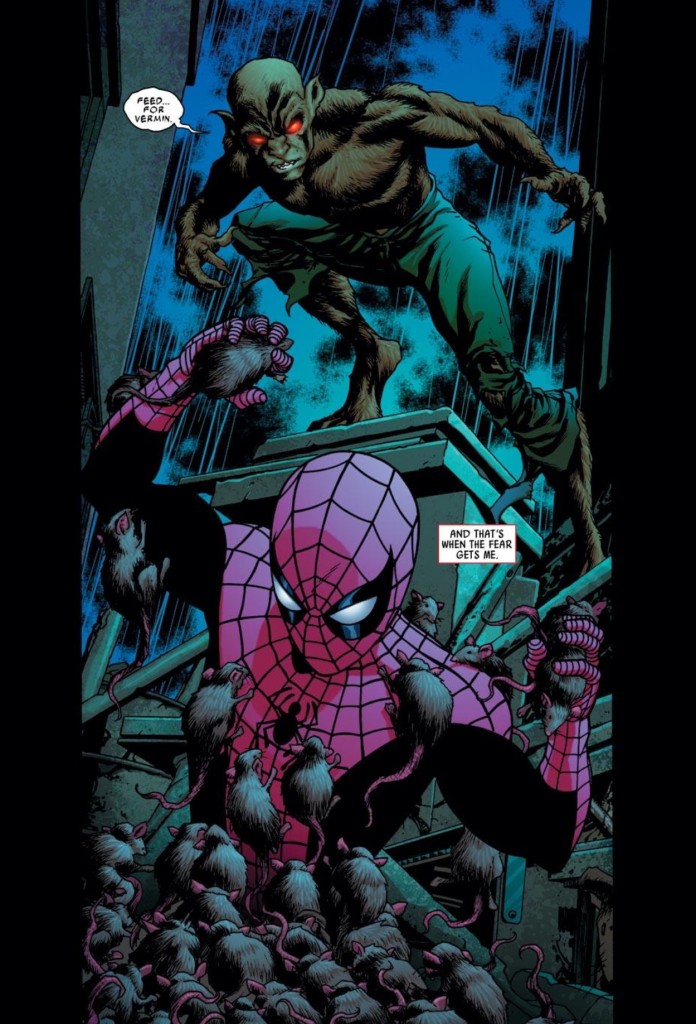 While past Spider-Man storylines have referred to the events of Kraven’s Last Hunt, I’m curious to see if Fear Itself is going to go to that well again: to one of the few times where Spidey has been soundly beaten – and buried alive in the process.  There’s certainly a lot of psychological trauma to Spider-Man that could be exploited there. Otherwise, Vermin, away from Kraven’s Last Hunt, has never done much for me as a villain. Sure a humanoid rat is creepy and scary, but the Spider-Man universe is filled with more powerful, intellectual villains that I would expect more in a special miniseries.